Designated a National Historic Landmark in 1964 and added to the National Register of Historic Places in 1966, the Rising Sun Tavern in Fredericksburg, Virginia, is among the most historic places in America. It was built about 1760 as a home by Charles Washington.

Charles was the youngest brother of George Washington. Born in 1738 and raised in Virginia, he married in 1757 and with his wife Mildred Thornton had four children, They lived in a two-story, 11-room house on Caroline Street. By 1780 Charles was looking toward a bright future and made a decision to uproot his family and more to northern Virginia (now Fairfax County, West Virginia) where he built a new home and founded what is now Charles Town, West Virginia.

Washington’s sale of his property in Fredericksburg was transacted with Mr. Larkin Smith in 1791. Smith had little interest in the property and sold it a year later to Colonel Gustav Wallace. Wallace in turn rented the building to Mr. John Frasier, who operated a tavern known as the Golden Eagle.

Frasier and later his wife Elizabeth served as inn keepers. They were followed by a succession of owners until 1897.

Currently the property is under the care of Washington Heritage Museums. The group also keeps a watchful eye on the Hugh Mercer Apothecary (also on Caroline Street) and the Mary Washington House and the St. James’ House (on Charles Street). All four properties are within walking distance in downtown Fredericksburg. If you care to attend any of the group’s special events, you may find details at www.WashingtonHeritageMuseums.org.

Postcards of the Rising Sun Tavern are a story in themselves. During a recent visit to the property I took six postcards with me that were never postmarked. The cards were donated to Postcard History by John Lawson of Williamsburg, Virginia. John is a dealer you will find at various shows along the east coast. Look for him and tell him you saw his contribution to Postcard History.

A Chronological Look at the Rising Sun Tavern Postcards* 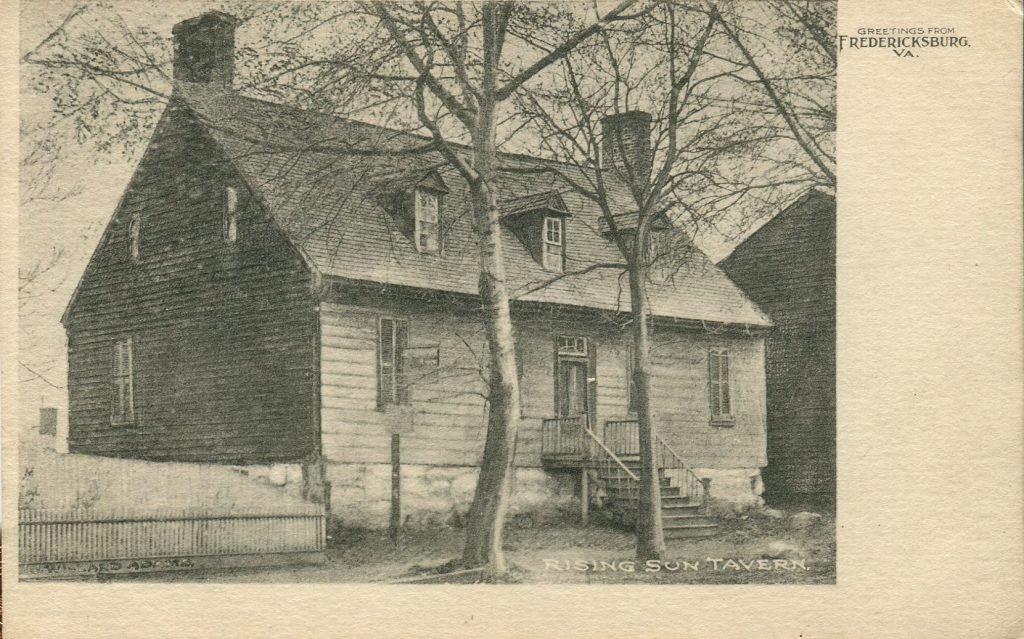 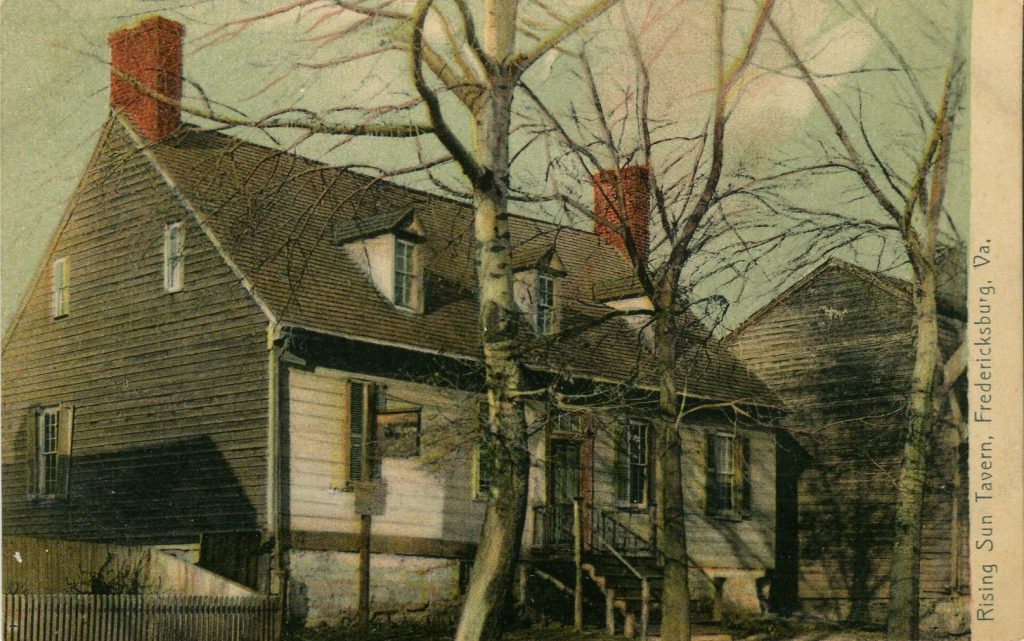 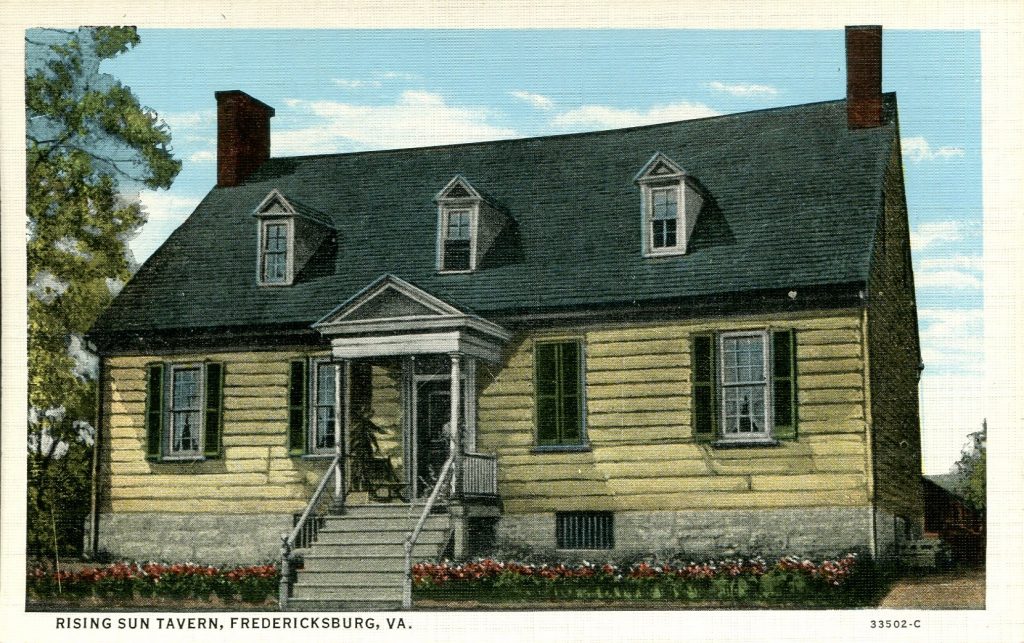 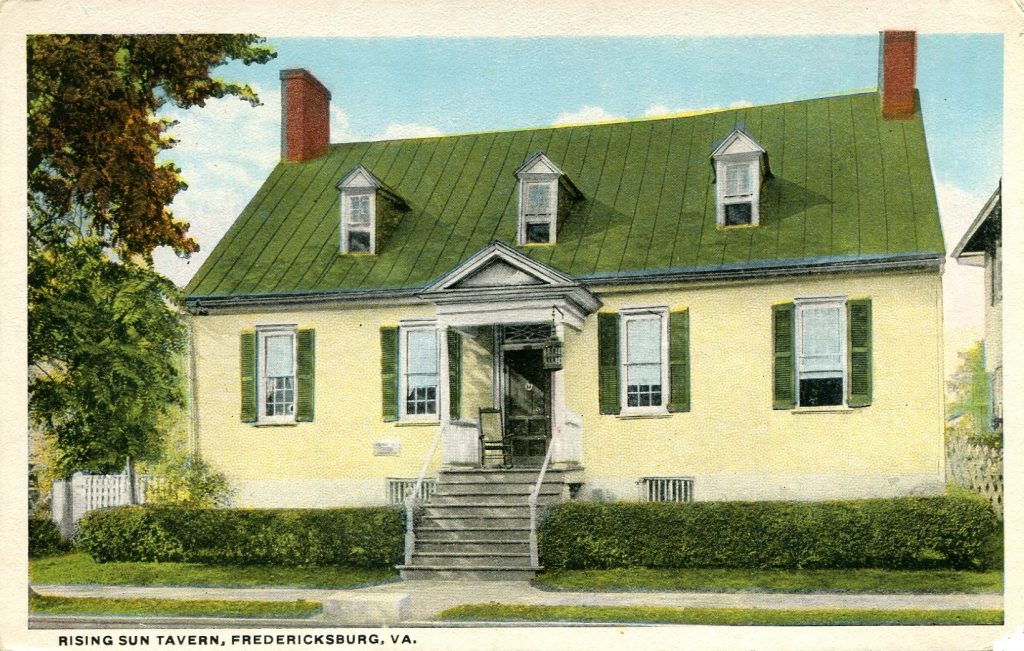 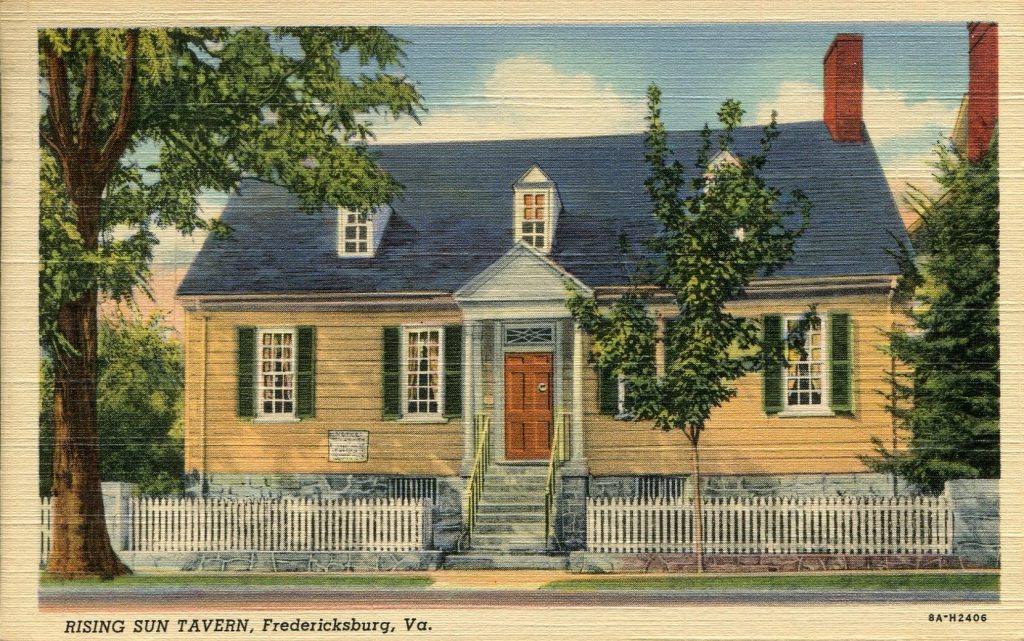 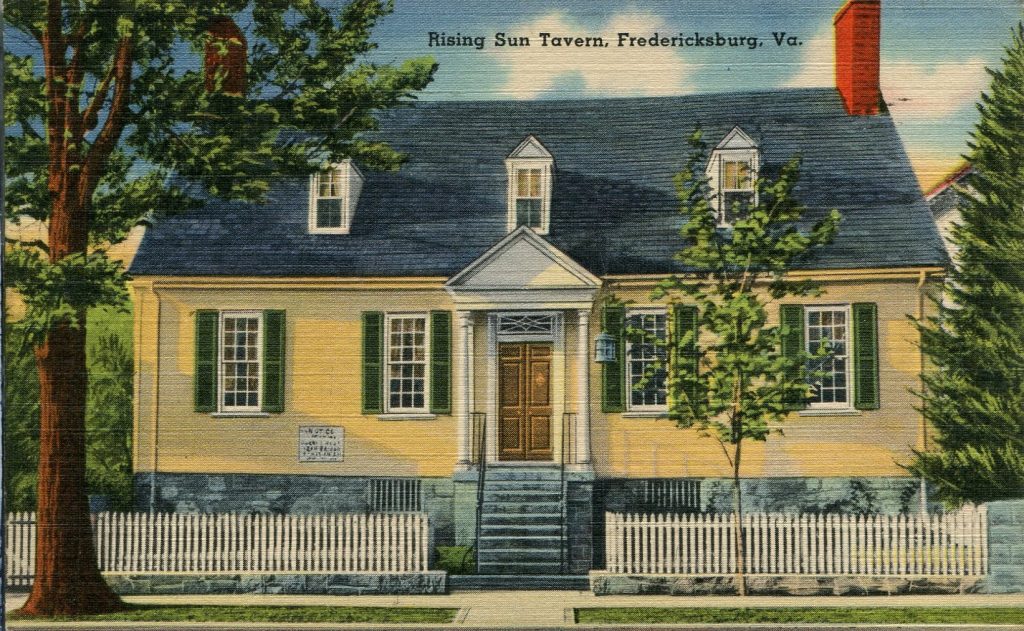 The current staff (the docents and gardener) was very helpful in my search for information. The gardener was particularly helpful by knowing when the brick wall was built, when the metal roof was added and being able to explain how the front door and garden has changed over the decades.

And, as Robert Ripley would have said, “Believe It Or Not,” the gardener collects postcards that show the historical buildings in Fredericksburg.

*Based on images supplied by John A. Lawson, Williamsburg, Virginia.