The Story of a Man Who Wrote Verse

for Those Who Wouldn't Be Caught Dead Reading Poetry 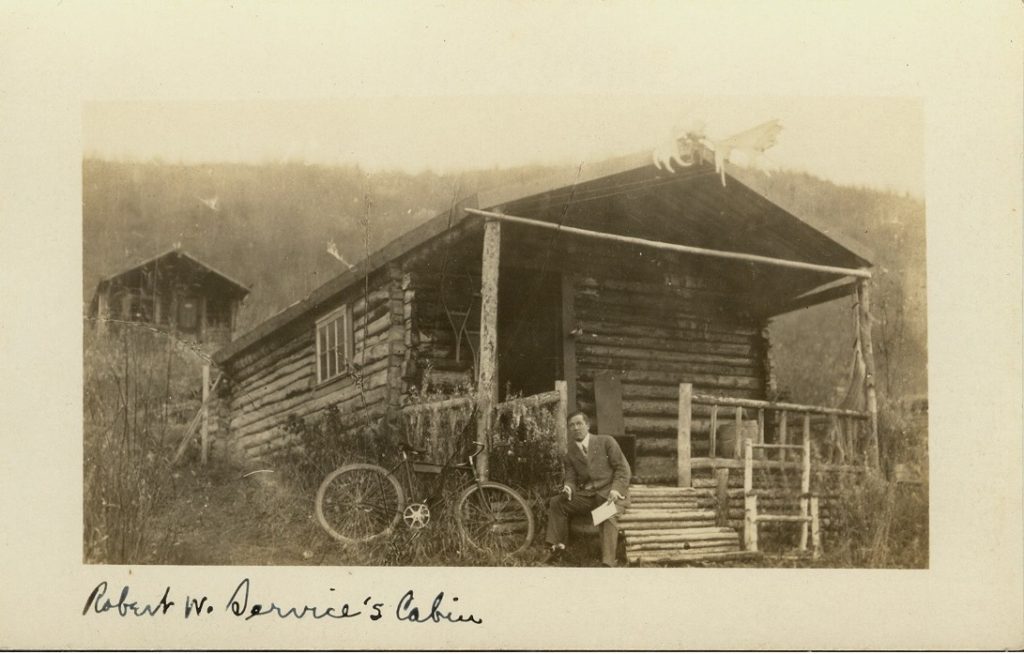 The picture you see on this real photo postcard is apparently well known to those who have studied or researched a man frequently called, The Bard of the Yukon – Robert W. Service.  It seems this image is one of only a few photos of Service taken while he lived in Canada.

Service was not a Canadian as many suppose; he was born in England, educated in Scotland, and by profession was a banker.

His first and only trip to Canada began when he moved to Vancouver Island in 1895 with a vision of becoming a cowboy. He stayed in North America for seventeen years, but his dream did not come true. He found himself wandering up and down the west coast working at odd jobs until he found himself employed by a Canadian bank in the small town of Whitehorse in the Yukon Territory.

The fact that Robert Service became a writer was a surprise to many, maybe even to Service himself.  In 1907, when he had compiled enough of his writings to make a fair-sized volume of poems, he actually offered a publisher $100 of his own money to publish his book.  Needless to say, Service was soon refunded his $100 because the publisher was able to take nearly 2000 orders based on the transcript alone. There are statistics estimating that the publication of the poem, The Cremation of Sam McGee made Service over a half-million dollars – in 1910 money. His other poetry, including The Shooting of Dan McGrew and The Spell of the Yukon, also added thousands to his worth and enabled him to live on the French Riviera (except for short times during the war years) from June 29, 1912, the day he left Canada, to his death on September 11, 1958, at age 84.

The cabin you see above is in Dawson, Yukon Territory, Canada.  Service moved to this two-room structure in 1909, and yes, that is Robert Service sitting on the porch.  The cabin is now owned by the Canadian Park Commission, and is maintained as a tourist site.  Modern photographs show a grove a trees, mostly alders, has grown up behind the cabin and the hillside behind the cabin is no longer visible from the road in front.

It is more than 4000 miles from my home to Dawson, so I doubt I’ll be visiting this place. I can live with that because we all know that one of the real reasons for postcards is to see the sites in places that we are unable to see on our own travels.

Mt favorite poem of his is “Young fellow my lad”. My dad read it to me when I was only about seven years old. I cried, and cried. My mother yelled at my father, but I never forgot the power in that poem.