We were new to the area, driving around to the different small towns on weekends to get a feel for the state of Delaware. I had begun collecting postcards of local towns, so we went where we had been given a recommendation or found a postcard that showed something that looked interesting enough to visit.

There was the sign that said “This is Magnolia, The Center of the Universe Around Which the Earth Revolves” in a town with 225 people.

We were warned not to go near Rehoboth Beach on the Delaware Bay, self-dubbed “The Nation’s Summer Capital,” until after the tourist season because the traffic was impossible. We walked the windy and deserted boardwalk in October and found a wonderful saltwater taffy shop, which stirred memories.

Lewes (only outsiders call it “LOOS,” the local citizens call it “Lewis”) was the site of the first Dutch settlement in Delaware in 1632. It has charming streets with a Dutch-style museum.

New Castle, in the far north, is both a town and a county name. It was fought over by the Dutch, the Swedes, and the English throughout the 1600s. It has a formal town green and a classic courthouse and other appropriate buildings.

One Saturday we visited Milford. There was a postcard that showed what we later came to know was a rolling-lift drawbridge, where only the single span opens (as opposed to the great majority of drawbridges where the river is wide enough to have two spans). Was it still there? 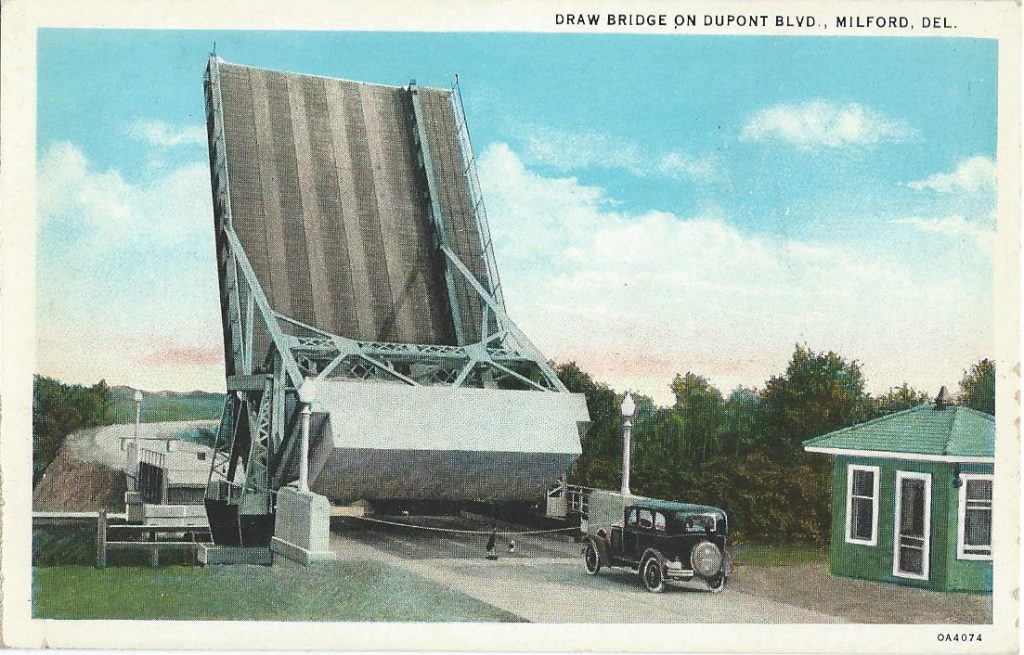 It was. And working, as we found out.

Pleased with ourselves, we looked for a lunch spot along the Mispillion River and found a place that served burgers. We also ordered hot tea, which was served with thick rectangular drink coasters.

The coasters had a whimsical drawing and were imprinted with “Fat Tire Amber Ale” and “New Belgium” below a drawing of (what else?) an old-fashioned fat tire bicycle. 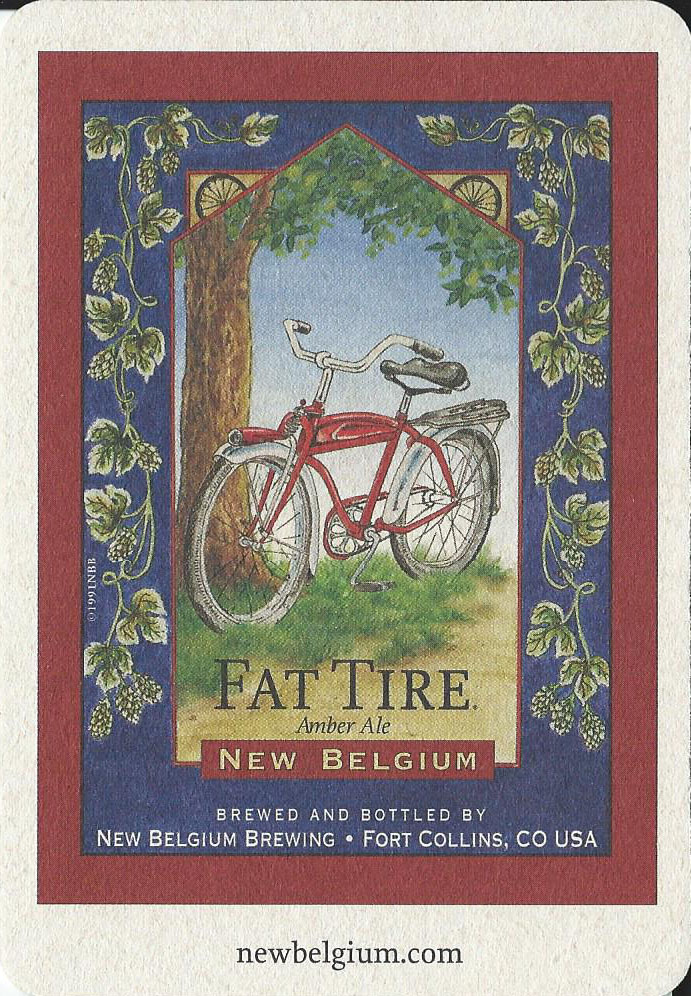 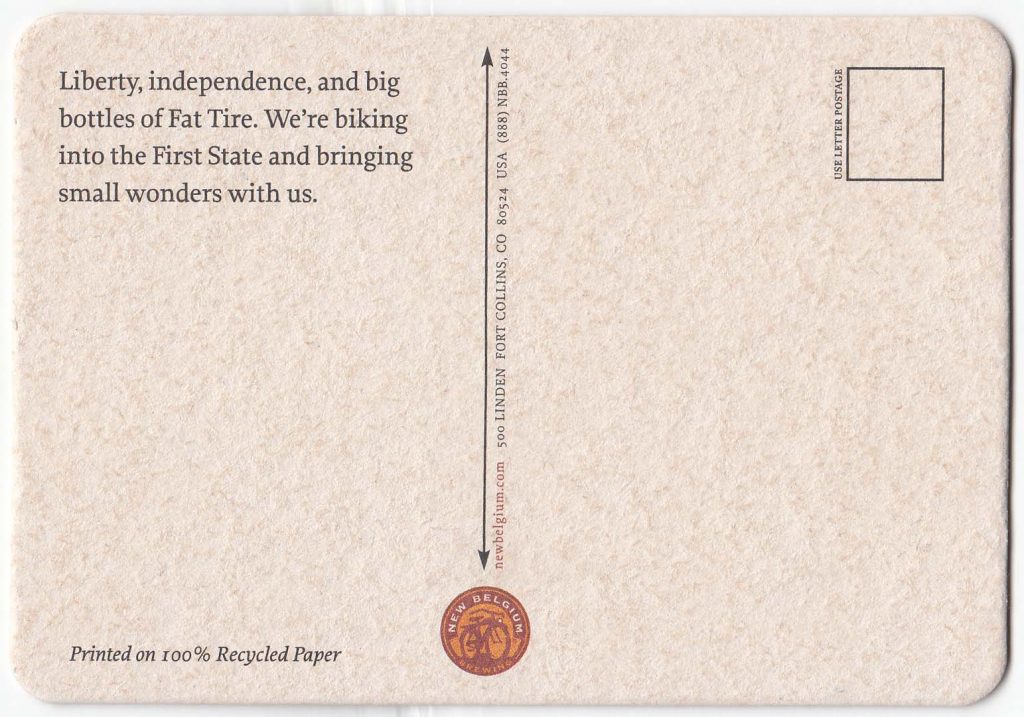 “Cute,” we decided. Not that we knew anything about the craft-beer world, but it was attractive. Idly, I turned the coaster over and discovered — it was a postcard!

The restaurant let us take the coasters home and the next day I called New Belgium in Colorado to ask if they did any other coasters. Within three months they were kind enough to send 18 more coasters and I had a new category — “Beverage Coasters.”

The coasters are only slightly smaller than a regular postcard, 3½ x 5 inches. The four lines of text at the top of the message area refer to “the First State” (Delaware prides itself on being the first to ratify the Constitution in 1787) and uses the phrase “small wonder,” which is one of a myriad of slogans used by the state tourism people to describe Delaware.

New Belgium was founded in 1991 and clearly was expanding to national distribution by 2014 when we found the coasters. Industry statistics say New Belgium is the fourth-largest craft beer company in the United States and by the time we found the coasters it had sales in all 50 states. In 2019 it sold itself to Lion Little World Beverages, an Australian subsidiary of Kirin Beer of Japan.