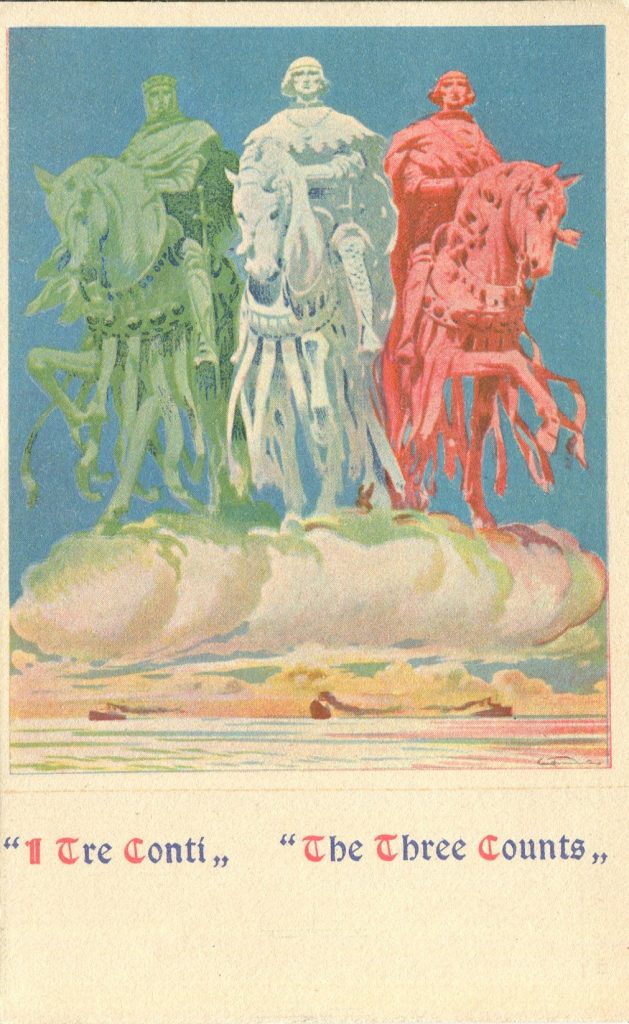 I TRE CONTI THE THREE COUNTS

One of the most fascinating features of posters is how they communicate a great deal of information in very few words. The featured card for this episode of In A Few Words is to be a true test of this principle of communications. The card has only three words on it, repeated in translation to six because the three Italian words (I Tre Conti) are also printed in English (The Three Counts). It is a card that can be characterized as scarce.

Even the casual observer will notice that the image presents in three colors: green, white, and red – the colors of the Italian flag. The counts appear heraldically on horseback in battle garb and they ride to their destinations on a huge white cloud over a sea of vibrant color. Who are these heroes? They are Nazario Sauro, a noted Italian navigator; Dante Alighieri, the poet; and Giuseppe Verdi, the composer.

This allegorical presentation is of thee ships that once sailed under the Italian flag from circa 1907 to 1913 to the end of World War II for the Transatlantica Italiana. As they are pictured on the cards below, the fact of their identity is obvious. Each ship had three compartments with 128 rooms and a grand ballroom. Each was built and used to sail the Atlantic between Italian ports and the North American continent. Each was 426 feet in length and scaled at 8,150 gross tons. It should not surprise anyone to learn that in their later years of service they sailed under different flags (due to wartime confiscation/reparation) and under different names. 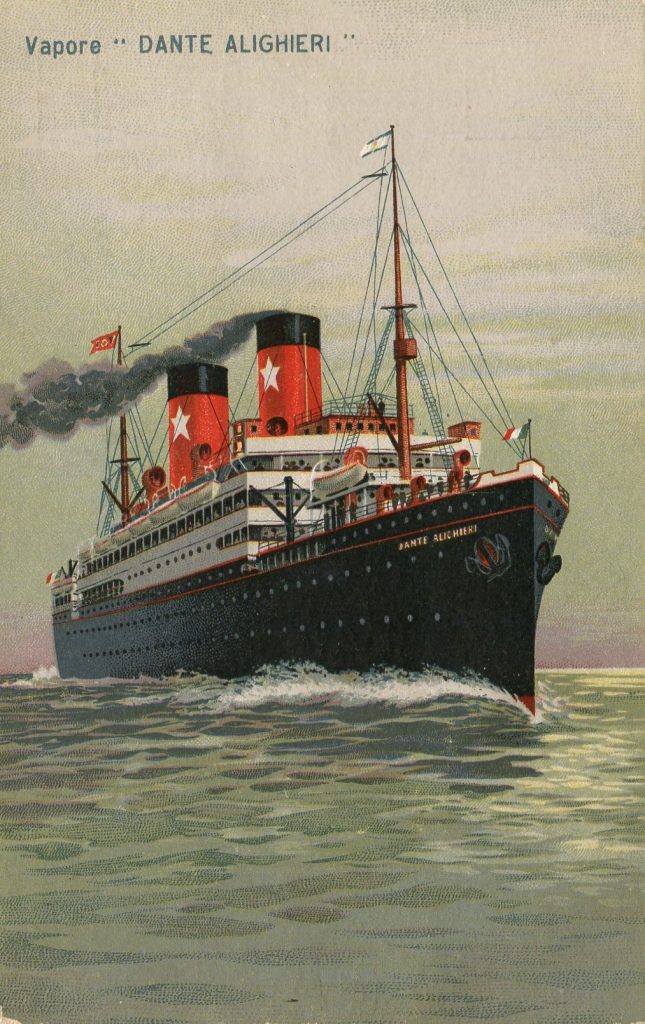 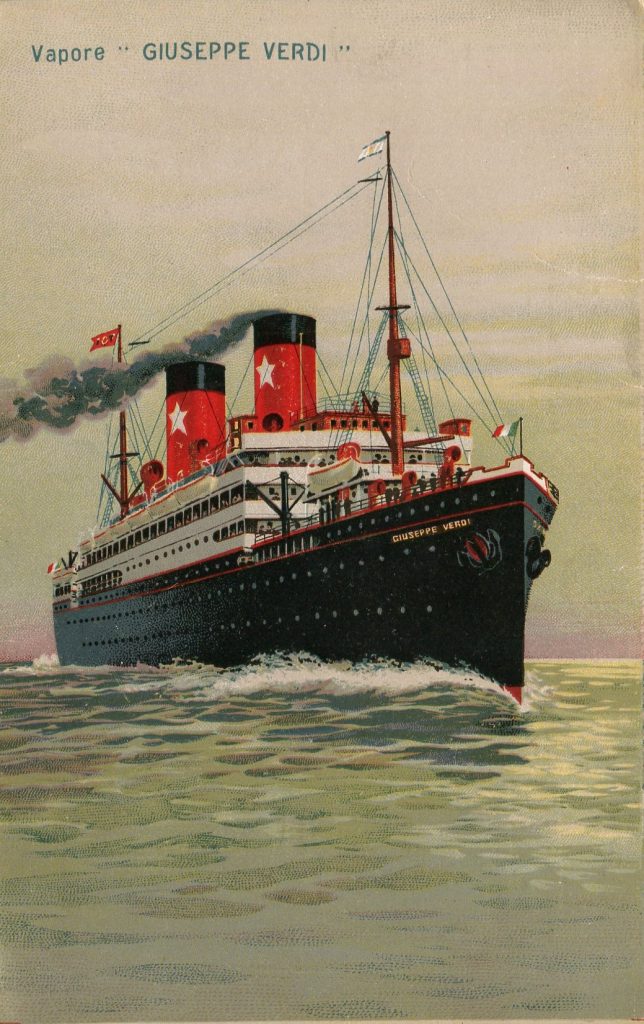 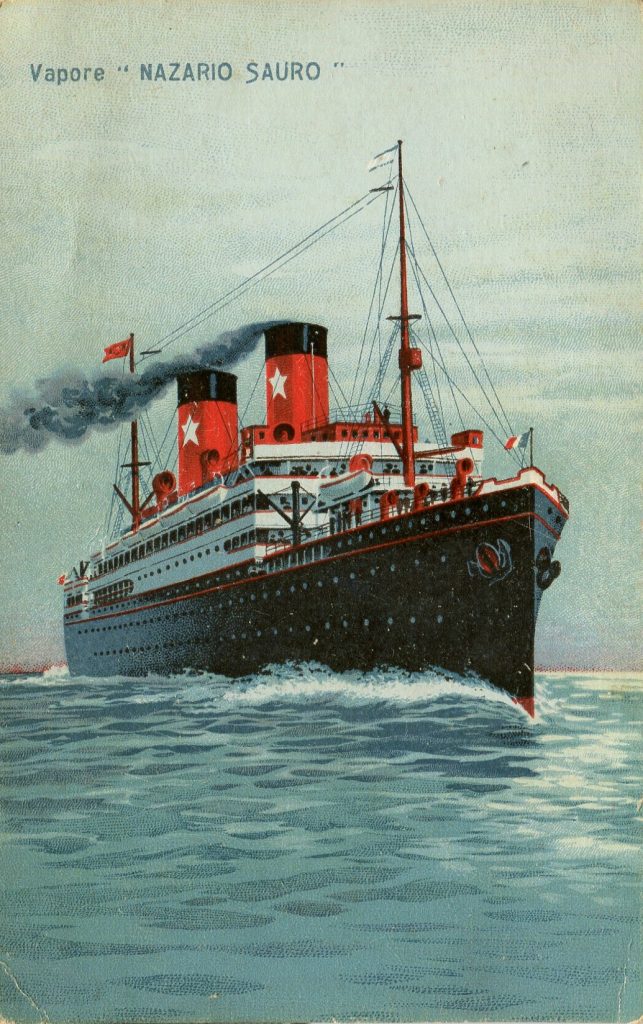 The featured card may have been an on-board souvenir, but more likely it was distributed as a gratuity for a ticket purchase. The three cards of the ships are common.