Leap Year! One of Mankind’s Headaches

For some reason earlier editions of ourselves took great liberty when it came to being silly on February 29th. Thankfully it was so seldom few people cared.

There was a rhyme I remember being recited when I was in school in Vermont in the 1950s. It went something like this:

Oh, Leap Year Day, thee be today,
Aren’t you glad you are?
For if it weren’t for you,
Today would be tomorrow.

The rhyme didn’t make sense then and in my mind it still doesn’t. The scientific world however demands that we abide by calculations that seem to matter to very few of us. 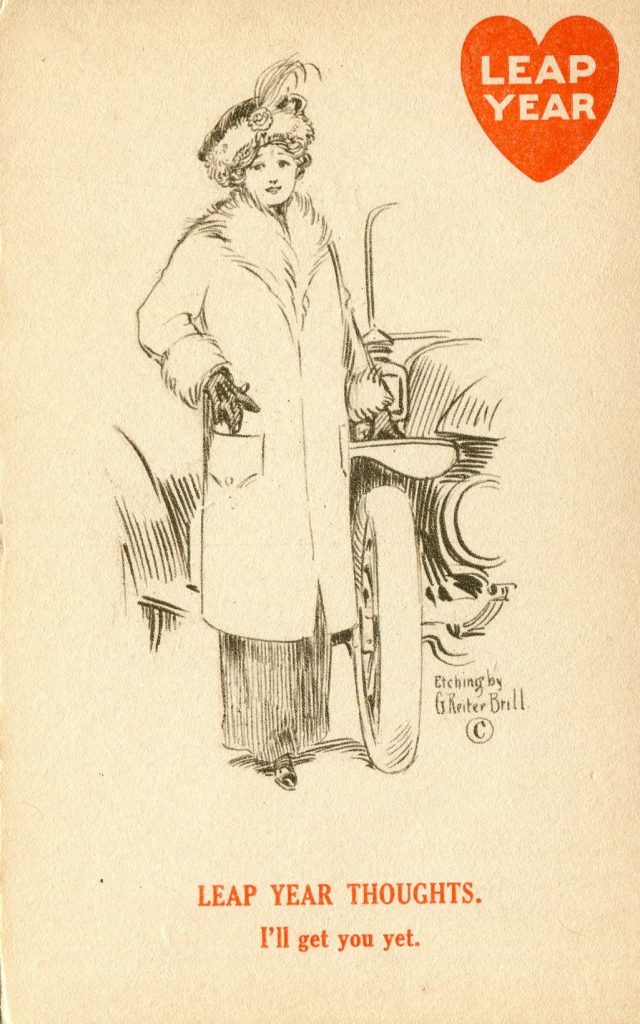 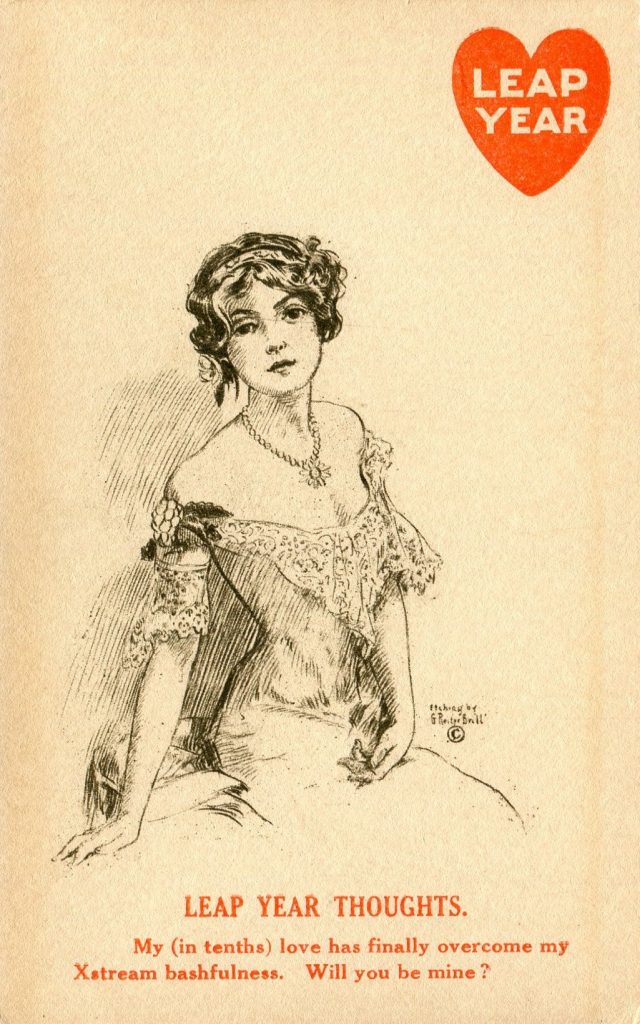 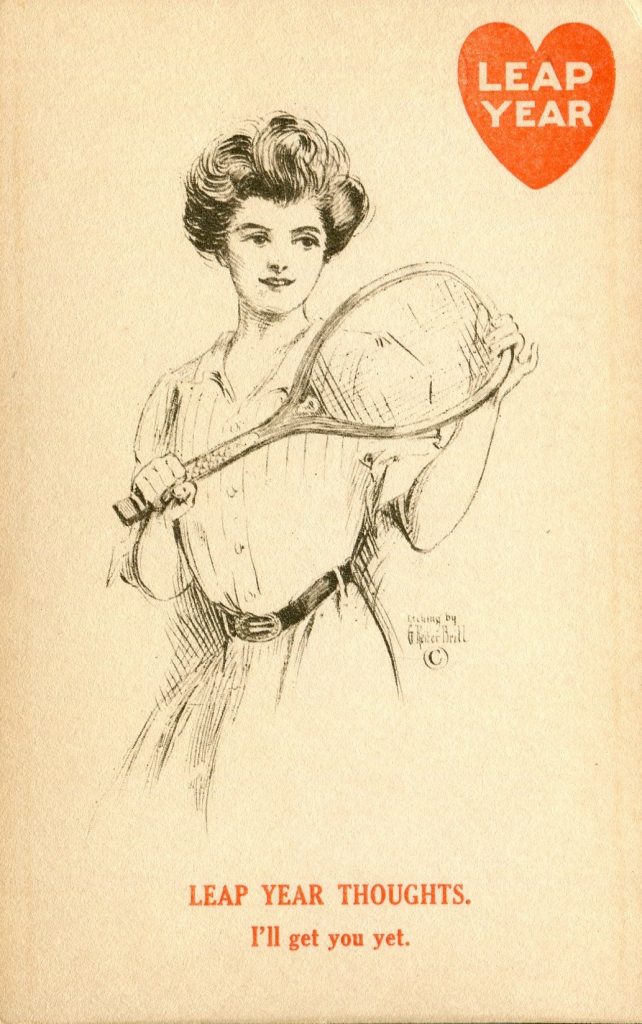 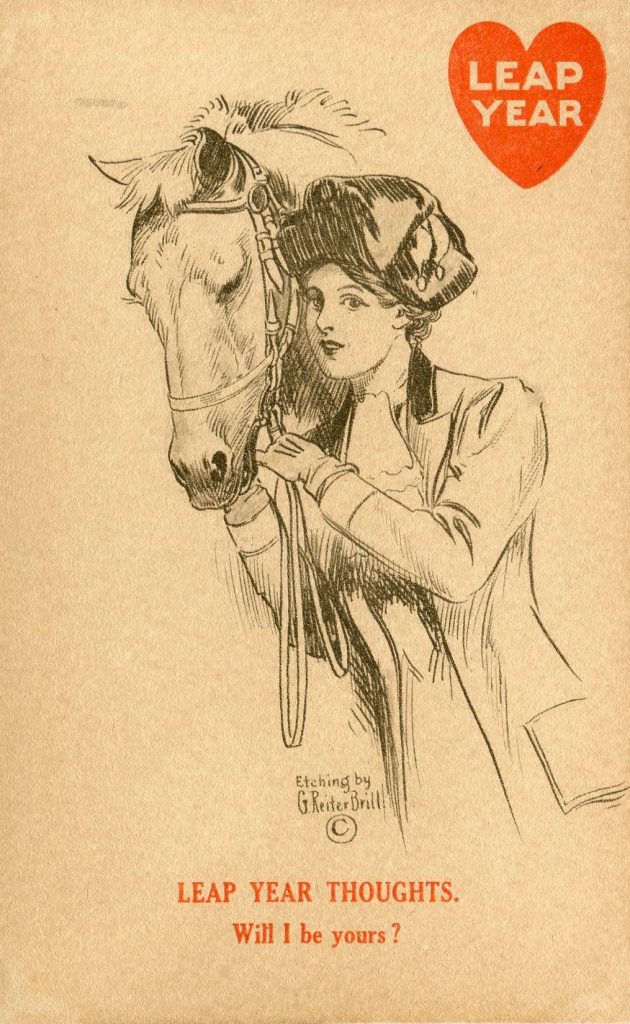 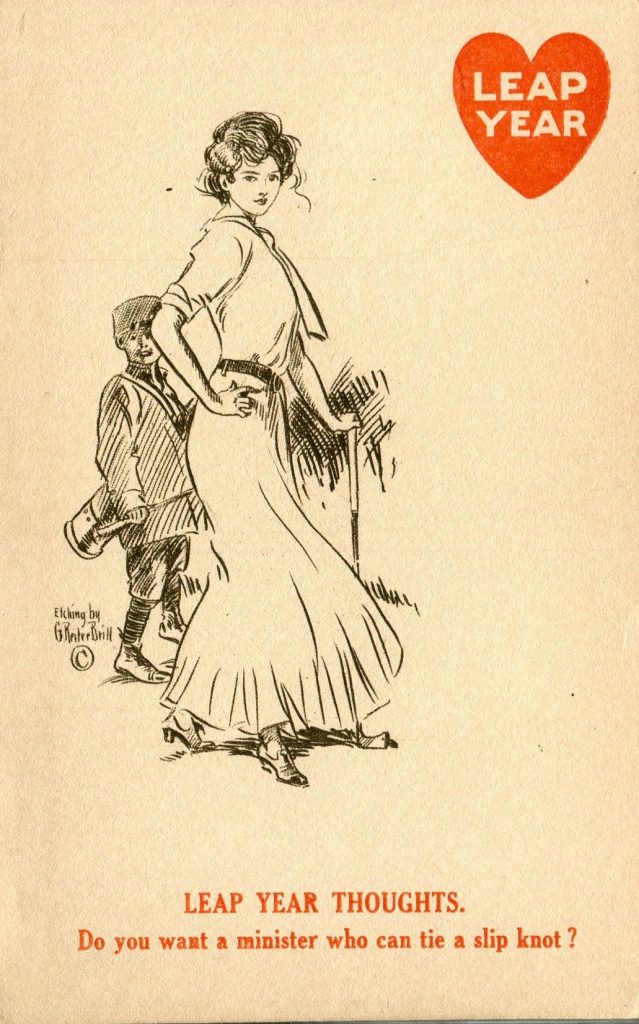 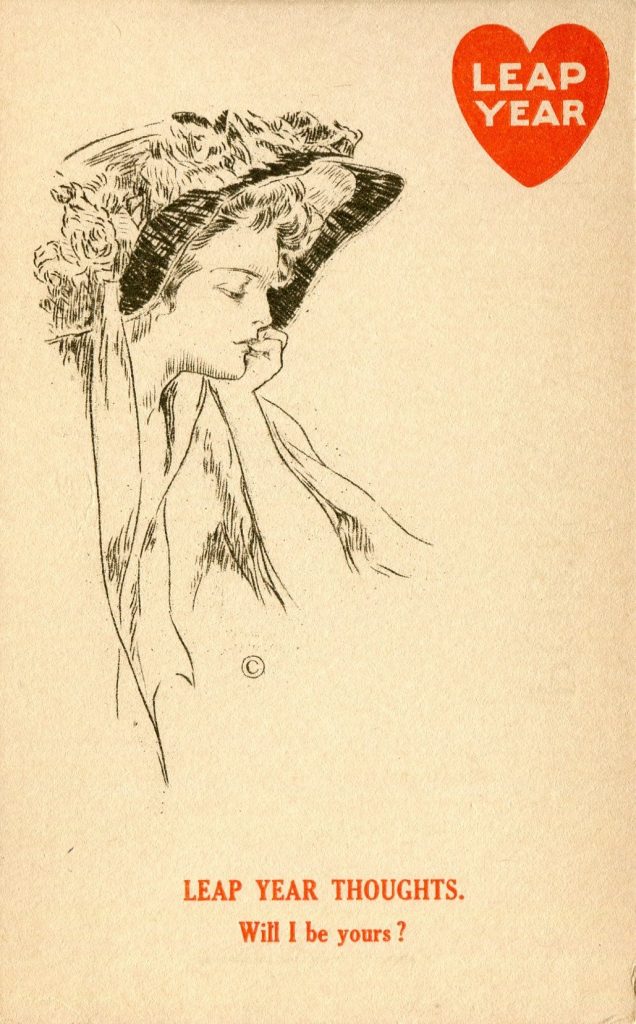 These cards were copyrighted in 1911  apparently for Leap Year distribution in 1912. Little is known about the publisher, H. M. Rose Company, but the artist was G. Reiter Brill. George R. Brill (1867-1918) was a commonly known illustrator early in the 1890s to the mid-1910s. Most of his work was pen and ink drawings or pencil sketches that were frequently used in daily newspapers in Philadelphia, New York and Boston. As a poster artist he was especially known since much of his work appeared frequently in train stations, banks and libraries. His favorite models were children and young women.

So why do we have Leap Years?

I’ll answer the question, but first let me mention the popes named Gregory. First, there was Gregory. Not Gregory I, just Gregory. Like in “royalty enumeration” there is no first until there is a second. Pope Gregory reigned from 590 to 604 AD. In 715 Pope Gregory II came to the papacy and Pope Gregory was then after Pope Gregory the First. (Gregory I.) 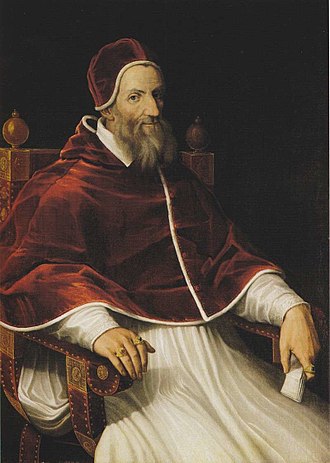 In the next several centuries ten other popes took the name Gregory and in 1572, Pope Gregory the Thirteeth came to the papacy with an agenda that included church reform, promotion of the arts and sciences by the clergy, calendar reform, and religious policy in foreign lands.

There has been no pope named Gregory since 1846.

Hence, the Gregorian Calendar came to reform because Pope Gregory XIII had been advised that in the sixteen centuries since the Julian Calendar had been in use, the Vernal Equinox had creeped back to March 10th from March 21/23. (An intersting calculation for us, today (March 2, 2020) would be February 17th, if we were still using the Julian Calendar.)

One of the primary concerns in the Gregorian Calendar reform was the date-creep problem. An adjustment was needed to bring the Civic Calendar into synchronization with the Solar Calendar. What could they do? The solution was Leap Years!

One day would be added to the “common year” calendar every four years, to create a “leap year” calendar, except in the 400th year when the addition would be omitted. The Earth’s rotation around the sun is eleven minutes short of 365¼ days. Those pesky eleven minutes cause the accounting of the dates in a year to be ever so slightly out of whack. That’s why in my list of leap years, the year 1900 is not listed. If you want to see the next double-zero leap year, you will have to make plans to live until 2400. I sure hope someone cares more about this than I do.

Now, do you understand why we all get a little silly on Leap Year Day?

Kaya Fellcheck is an optometrist by trade and has practiced her profession in England’s Lake District for nearly four decades. Soon to be retired, Kaya intends to come to America to visit the graves of Hollywood movie celebrities whose photos she has collected.
PrevPreviousThe Desert Song
NextA Hudson River Steamer and an Artist Named Samuel Ward StantonNext
0 Comments
Inline Feedbacks
View all comments
0 0 votes
Article Rating
Menu