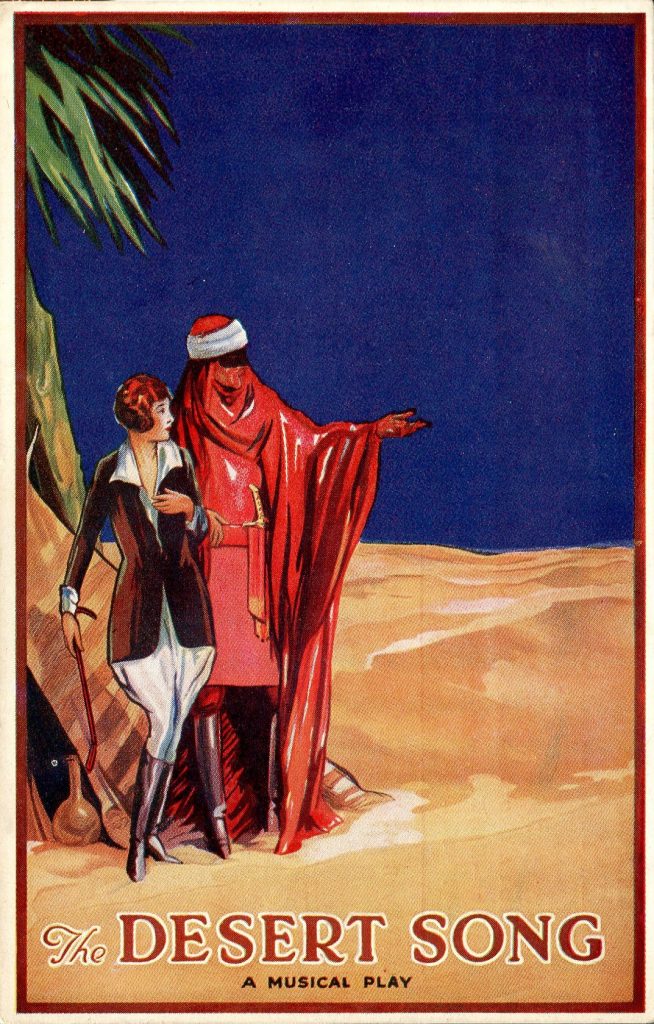 The Desert Song; a musical play by Romberg and Hammerstein

Postcard History’s poster series continues with an eye-popping poster card from the 1927 London production of The Desert Song. This widely successful operetta with music by Sigmund Romberg and lyrics by Oscar Hammerstein II was inspired by the 1925 uprising of the Riffs, a group of Moroccan fighters, against French colonial rule. It was also inspired by stories of Lawrence of Arabia aiding native guerrillas. Many tales romanticizing Arab North Africa were in vogue, including Beau Geste and The Son of the Sheik.

Originally titled “Lady Fair,” after successful out-of-town tryouts in Wilmington, Delaware, and Boston, Massachusetts, the original Broadway production opened at the Casino Theatre on November 30, 1926 and ran for a very successful 465 performances. 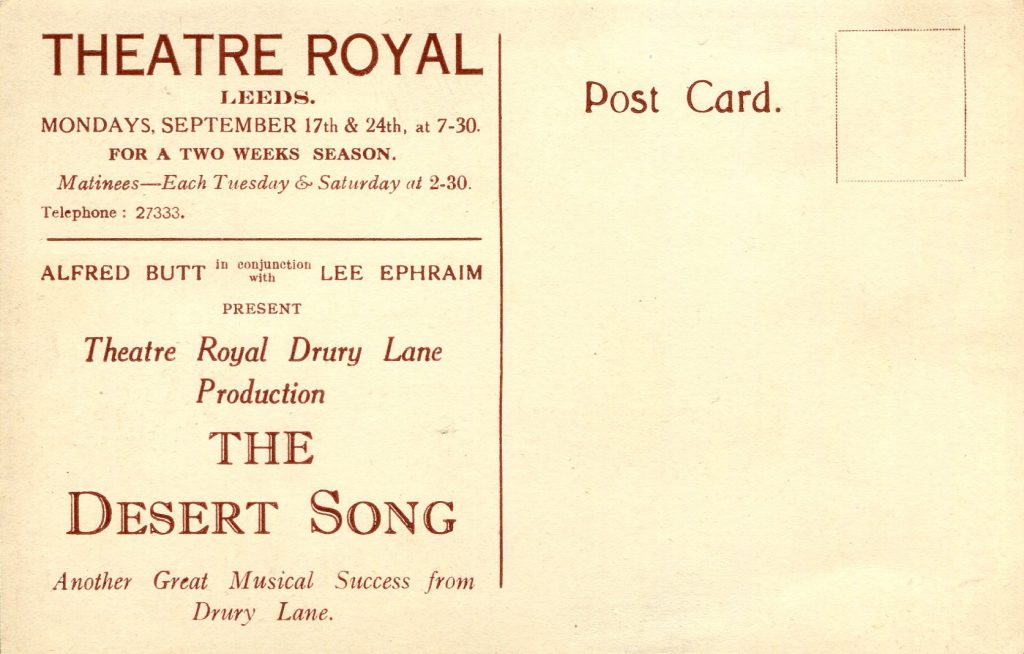 Announcement postcard for the 1927 London production of The Desert Song

The piece enjoyed a London production and was revived on Broadway in 1946 and 1973. In the 1980s, it was played regularly by the Light Opera of Manhattan and revived by the New York City Opera. It is a popular piece for community light opera groups.

The story is a version of plots such as The Scarlet Pimpernel, Zorro and later Superman, where a hero adopts a mild-mannered disguise to keep his true identity a secret. He loves a beautiful and spirited girl, who loves his hero persona but does not know his real personality, which he keeps hidden under the milquetoast persona.

The leading man in the original Broadway production was Scottish baritone Richard Halliday and the heroine, Vivienne Segal. It was directed by Arthur Hurley and choreographed by Bobby Connolly, who was later to choreograph the classic 1939 film The Wizard of Oz. In the 1927 London production at the Theatre Royal, Drury Lane the leading roles were taken by Harry Welchman and Edith Day, and numerous excerpts were recorded with the London cast supported by the Drury Lane orchestra and chorus under conductor Herman Finck.

Thank you to the Internet Encyclopedia, Wikipedia.