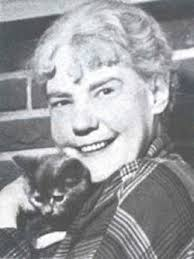 Marie Cramer’s personal life was one of constant misery, but at the same time her professional life was one of unparallel joy. In the 1880s Marie was one of three daughters born to a Dutch ship captain and a mother of little life experience outside the slums and backwater villages of the Dutch West Indies. Around 1894 the three girls were moved to Arnhem – 50 miles southeast of Amsterdam – where they were to be educated with the assistance of their aunt and grandmother.

Known from early childhood as Rie, Cramer and her elder sister Erry were enrolled in an elementary school in Arnhem, where both girls showed exceptional skill in their studies.

When in 1904, Captain Cramer ended his seafaring days, the family moved to The Hague. The aunt, who herself was a successful artist, thought she saw equal talent in her young niece and insisted that Rie be enrolled in the Kunstoefening, the art academy where she was taught by Françoise “Frankie” Carbasius – a teacher who would become a lifelong friend.

Even during her studies, from 1905 through 1907, Cramer was busy drawing pictures and writing children’s nursery rhymes, but she was soon aware that she was very unhappy about what was available in that area of the Netherlands. In 1906 she moved her studio to be close to a publisher, W. de Haan in Utrecht. He was enthusiastic and made it possible for her to publish her first self-illustrated book of verse, Of Girls and Boys late in 1906. Because of her great success only one year later a sequel was done, For Boys and Girls.

Unlike   most   moralistic and educational books for children, these playful titles about domestic life and childhood experiences became standards. Rie’s illustrations were not only informative, but appealing to the imaginations of the young, and de Haan, the publisher, recognized that Cramer’s books would be much enjoyed by children over the usual children’s literature of the era. 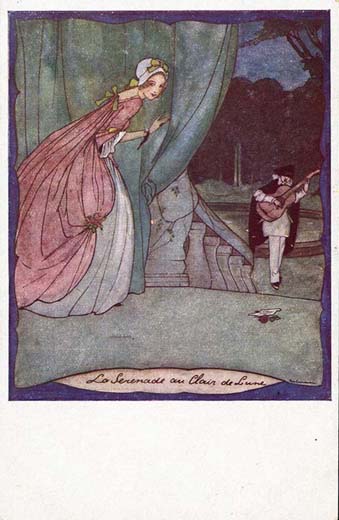 These books were the beginning of a long and productive career as an illustrator and writer, in which its scope over the years would continually broaden and deepen. As an illustrator Cramer was inspired mainly by foreigners like Arthur Rackham, illustrator of V. S. Vernon’s 1912 translation of Aesop’s Fables and Audrey Beardsley. Taking the example of these artists and from the Art Nouveau forum, Cramer gradually developed her own style. Her work between 1910 and 1920 was defined by detailed figures of children in mixed yet delicate colors. The contours of her images were laid down in black ink then washed with gentle layers of watercolor. Her style was for years the standard for children’s books in the Netherlands, and many others were inspired by her.  Also, during this time Cramer experimented with various printmaking techniques such as etchings, lithographs and woodcuts.  Her highest level of achievement was reached in this decade, but it would be her work in the twenties and later that made her famous worldwide.

During the next twenty years, Rie Cramer would live the most turbulent part of her life.  She married and divorced Peter Otten, fell in love with an internationally known art critic and a married man 13 years her senior, ended that affair and took up with the actor Eduard Verkade, whom she married in 1922 but when their first and only child was born dead and the marriage yet complicated by Verkade’s infidelity, Rie knew their relationship was doomed.  Her second divorce came 1932. 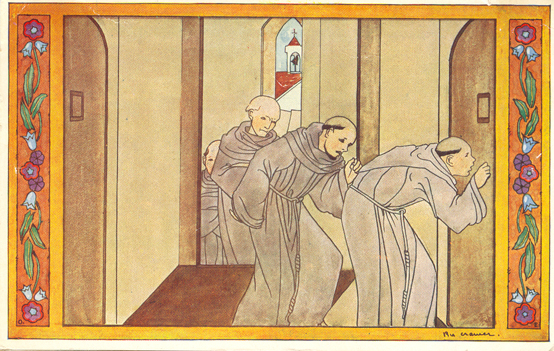 Without knowing it was happening, Cramer’s career reached its peak in the twenty years that were those of her personal conflicts. In addition to many children’s books she produced etchings, lithographs, and literally hundreds of advertisements. “I worked hard, but rhymes and stories flowed effortlessly from my pen and success remained true to me,” she wrote later. Highlights included her illustrations for the Fairy Tales of Hans Andersen, Tales of Mother Goose, followed in 1917 by Grimm’s Fairy Tales. Cramer’s success was then guaranteed by the publisher, de Haan, who offered her a permanent contract at fl4,000 (guilders) annually.

After the world war Cramer traveled to Paris with her sister Erry to observe the art scene. While there they enjoyed their contacts with painters, dancers and musicians, but in late 1918, Erry expressed concerns about being able to breathe properly. After several medical consultations, the sisters traveled to Switzerland, to a sanatorium near St. Moritz. Early in 1919, while Erry stayed behind for medical care, Cramer went on to Rome. She stayed several months but did little work.

When Cramer reached her mid-thirties, her decision to change her style stunned all who knew her, but the children’s picture books which she illustrated in the late 1920s gained Cramer her greatest fame. Her work was more stylized, with robust figures through firmer contours. She had reached the stage in her career when the public purchased her books based on her reputation.

When the political landscape in Europe began to dominate everything and everyone it became increasingly difficult to work outside the influence of the Nazi Party. As the wartime government took stronger control of all sectors of society, work for Cramer was even more uncertain. Two of her pre-war novels, They, We and You (1937) and The Land of Promise (1938), were scrutinized by the German occupation government and banned because they reflected her dislike of the National Socialist Party. The banned books caused her great difficulties and her work as an illustrator was restricted, but in defiance she elected to continue life as a playwright under the pseudonym Marc Holman. She also wrote verse filled with indignation, hatred, sadness and fear which appeared in several clandestine publications. Vindication came in the summer of 1945 when an anthology, Verses of Resistance, was published to help war refugees.

After the liberation, Cramer’s illustration work resumed. First in the Netherlands as a bookplate illustrator and then as she edited and revised some of her previously published work it was made available in Denmark, Germany, France, and the United States. Furthermore, she wrote children’s plays for several radio program companies, one of which was Prince Roland, a 42-episode serial that aired in 1954 and 1955. 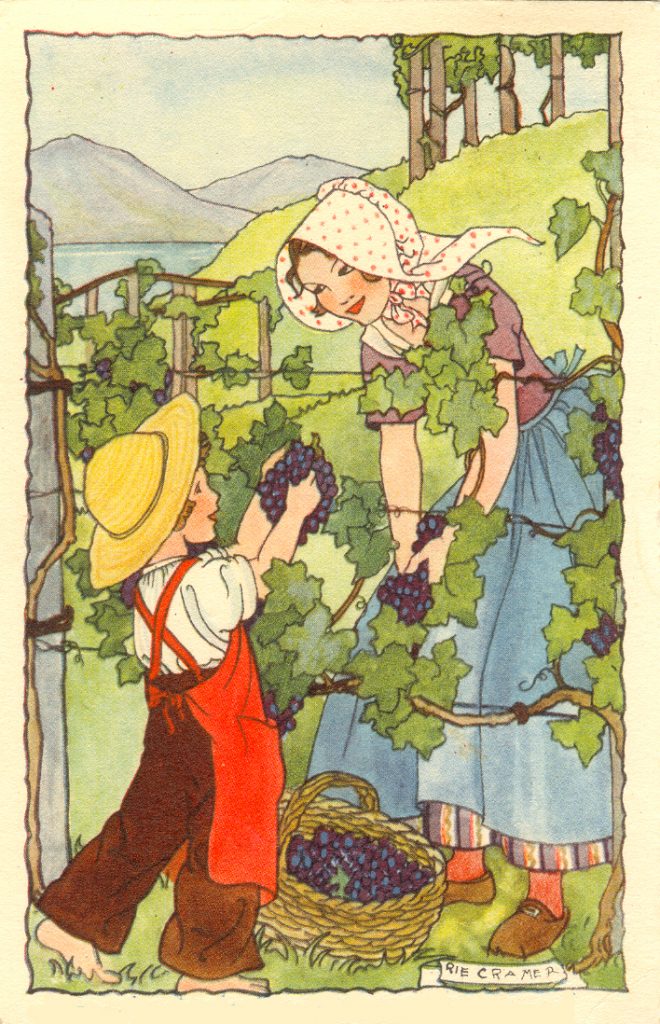 In 1946, the then 59-year-old Cramer moved to a house in Laren owned by “The Eglantine.” Her hopes were to retire with friends and live out her life in comfort, but the plan came to havoc within a few years and in 1954 she left Holland for the Balearic Islands where she took up residence on Mallorca. 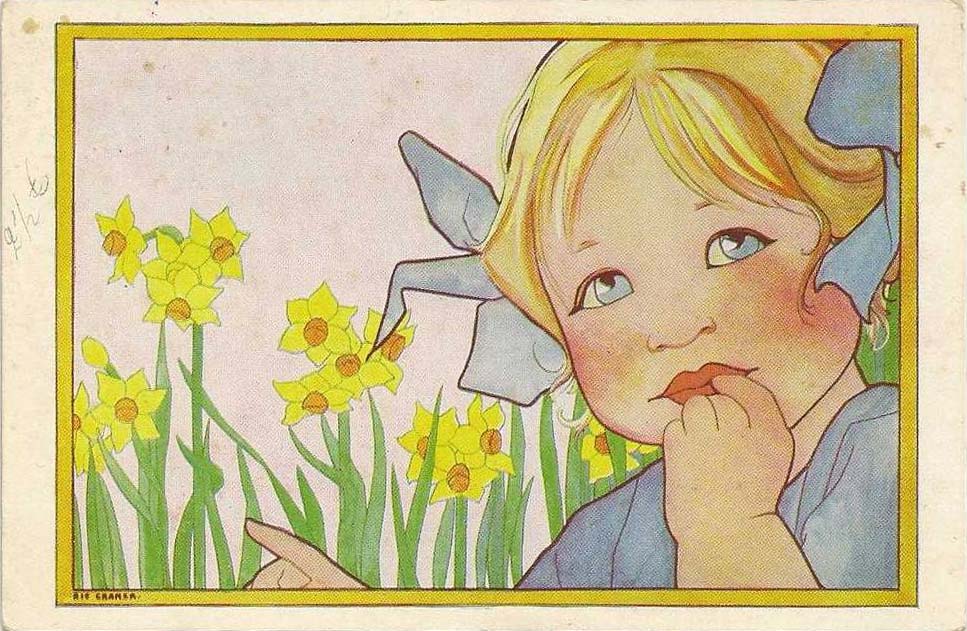 Quite unexpectedly Cramer found herself at age 67 starting over with a whole new set of circumstances. She had found this Mediterranean island to be a place of great joy, and she said life was a “living dream.” Again, she made new friends and often gathered a large circle to discuss the events of the day, art and other pressing matters. When the mother of Frankie Carbasius died, Cramer invited Françoise to join her community of friends. The invitation was accepted and before long Carbasius and Cramer began production of Mallorcan tiles that they sold to Dutch tourists.

While living on Mallorca Cramer published three illustrated books by herself: Viva Mallorca, Mallorca Island of Peace, and Majorcan. She wrote Memos in 1958 to honor the many cats she had cared for since her childhood. She was always an animal lover, but especially liked cats; she was even with her cat in the picture in her passport. In 1966 Cramer published Flash, a biography. In 1971 because of increasing limited mobility she was forced to return to the Netherlands. With Carbasius, she settled in Blaricum, where she died in 1977 at the age of 89. 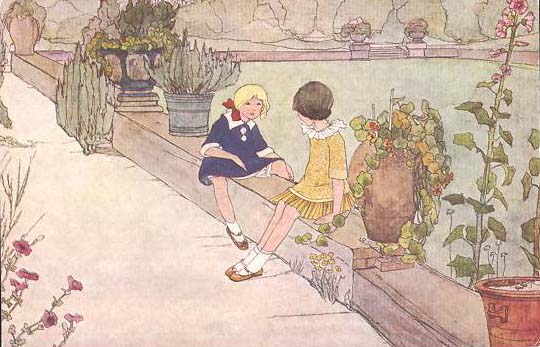 Rie Cramer, along with Harriet Willebeek le Mair were considered the best Dutch illustrators of their time. Le Mair is mostly forgotten, but Cramer’s work continues to be popular and very collectible. Her work as a book illustrator led to the reproduction of her images on postcards from around 1916 through to the 1950s. Her continual practice of revising her style based on the influences of Edmond Dulac, Kate Greenaway, Walter Crane, and later by the stage designs of Leon Bakst produced over 200 cards currently identified as coming from about thirty different series. 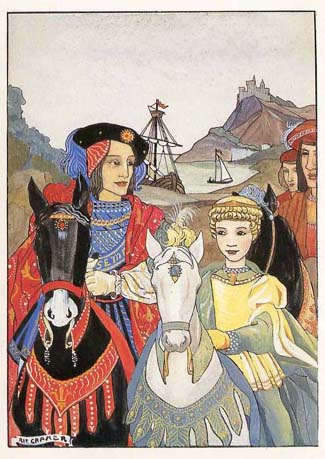 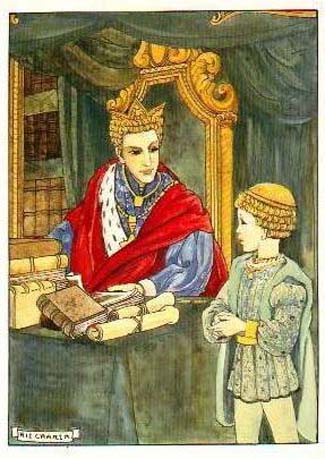 Rie Cramer had many admirers and an equal number of critics. The latter alleged a lack of commitment to the weak and underprivileged in society. She thought that this group had sufficient attention in literature created by others, thus making it justifiable to express the enjoyment and optimism she thought the world deserved.

Ray Hahn is a retired educator, but he has never stopped teaching. His decades of researching, writing and editing a newsletter for the South Jersey Postcard Club has been a world-class education in trivia. In addition to postcard collecting, Ray’s other interests include history, genealogy, and touring the world with his wife Marie. Ray often advises his readers to "Join me as we explore the world one postcard at a time." Ray and Marie live in New Jersey.
PrevPreviousThe Hotel Delaware
NextPoster Series X – The US Navy Visits AustraliaNext
1 Comment
Oldest
Newest Most Voted
Inline Feedbacks
View all comments
Sabra Appleby

I feel such affinity for her delicate work. I’m a great fan of the Art Deco era and proud owner of six Aubrey Beardsly prints that my father had collected. Such joy to find this lady. I will be on the look-out for anything relating to her. Thank you for posting!