Face on the Bar Room Floor

It would be most unusual if more than a few readers of this article know the name Herndon Davis. Ergo, it will be my pleasure to introduce you to the artist who painted the “Face on the Bar Ro0m Floor.” 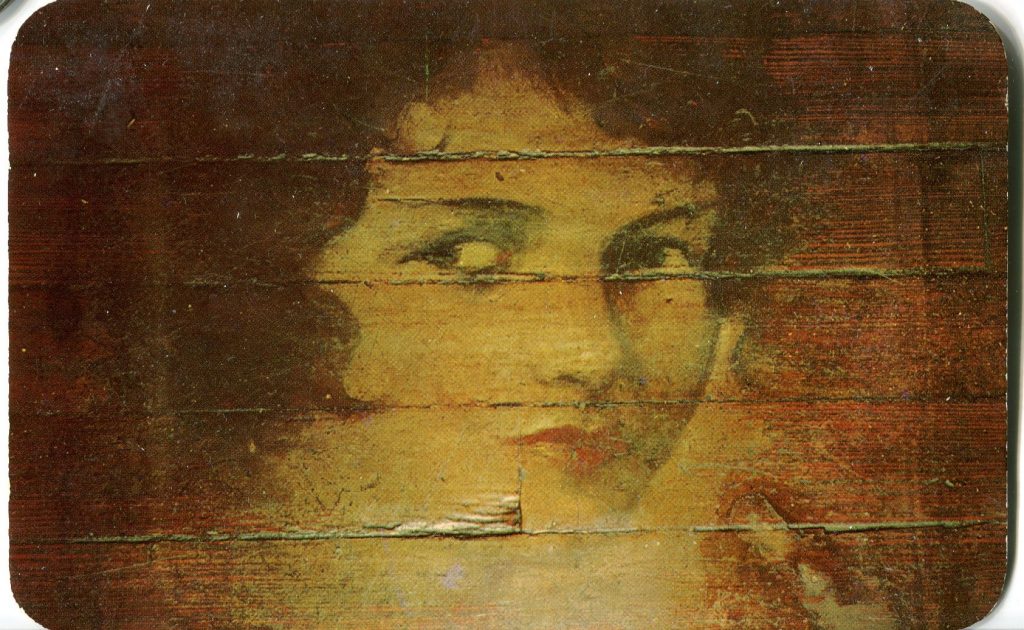 Herndon Davis was born on an Oklahoma farm in 1901. His parents were itinerant farmers and since Herndon’s father was never able to make a living suitable to keep his family in one place for more than a few years, they moved frequently. When the family moved to Kansas City, Missouri, in 1915 his mother suggested that her son capitalize on a talent which he often displayed at school and at home. He took art lessons.

As a young man with no other skills, Herndon felt that he had to leave the farm and go to a city where his skills would be appreciated and pay him a living wage. At age 17, he took the train to Chicago to accept a one-year apprenticeship with a commercial artist.

When his apprenticeship ended in 1920, Davis joined the army and was stationed in Denver, Colorado, where his artistic skills did not go unnoticed. He was transferred to serve as a cartographer at the National War College where he received honors for his accurately executed maps of China and Japan.

After his military years, Davis attended Yale University briefly. He then moved to New York where he attended the Art Students League while living in the Greenwich Village neighborhood. He enjoyed a regular salary at the New York Herald Tribune.

After his return to Colorado, an opportunity was offered by the director of the Denver Public Library to do some mural work in the library. Davis’s landscape and architectural paintings were found to be quite agreeable to most who enjoyed any notoriety in the mid-west’s art world. Another such commission came when Davis was commissioned by the Central City Opera Association to paint a series of paintings for the Central City Opera House. This commission came with a request to do some work at the Teller House Hotel. While staying at that hotel he painted a face on the floor that was later discovered to be that of his wife, Edna Juanita Cotter, whom he married in 1928.

Many of the Davis’s paintings still exist; among them are his portrait of the notorious prostitute, Elle Watson, and the equally notorious governor, Ralph Lawrence Carr, who ran unopposed in a primary election and then defeated the incumbent governor. His reputation suffered severe political damage when he decided to oppose the New Deal and most of President Franklin Roosevelt’s domestic policies.

In his later years Davis worked as an illustrator for several newspapers, nevertheless, he still pursued commissions for paintings and murals. Late in 1962, the Smithsonian Institution hired him to do a large mural in one of its main hallways. He began work early in November. Just days later he died of a heart attack.

He is buried in Fort Logan National Cemetery, Denver, Colorado.

[Note: there is considerable lore concerning the “Face on the Bar Room Floor.” Anyone interested should consult Youtube.com and watch the retelling of the poem by David Parry, or the musical rendition by Hank Snow. Both are quite good, educational and entertaining.]

What happened to the murals at the Smithsonian?