Where Was It Made? – Part III – Hershey’s Chocolate Kiss

Milton S. Hershey founded his company 1894. The process for creating his world-famous chocolate was developed in 1899 and his first chocolates were sold in 1900. That product, the Hershey’s Milk Chocolate bar, has been manufactured continually for 121 years. 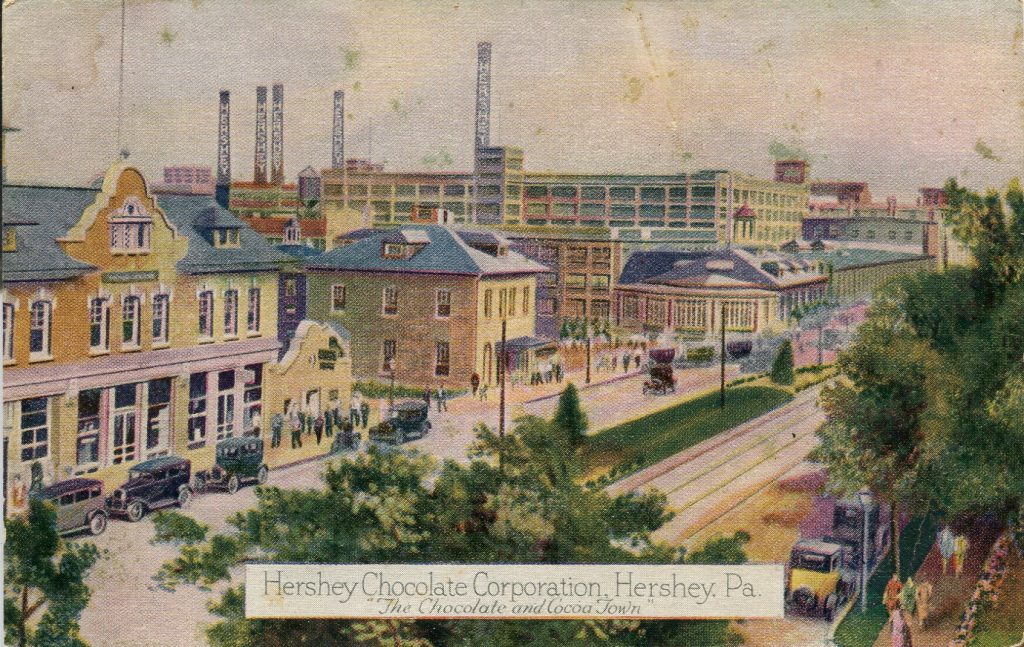 Hershey’s Chocolate was so popular that on March 2, 1903, he began construction on what was to become the world’s largest chocolate manufacturing company. The facility was located on rural Pennsylvania farmland called Derry Township. It was completed in 1905 and showcased the newest and most revolutionary designs in American industry. It was intended for confectionary chocolate making using the latest production techniques.

Through the years many products have joined the Hershey production lines. Some of the names you will recognize are Kit-Kat, Reese’s, Twizzlers, Ice Cubes (gum), Jolly Ranchers (fruit flavored hardcandy), Rolo, and Brookside Dark Chocolates. Hershey now employs nearly 20,000 workers in seven different factories in the United States, and in Brazil, Canada, India, Japan, Korea, Malaysia, Singapore, Mexico, the Philippines, and Dubai.

Is there anyone reading this who has never eaten a Hershey’s Candy Kiss? If you haven’t, you don’t know what you’re missing!

Among the world’s most famous candies is the Hershey’s [chocolate] Kiss. They are sweet and delicious and are world famous for their unique design.

The first Kisses were created around 1907, first by hand and then in 1921 by machine until 1942 when the country was forced to ration aluminum foil for the war effort. After the war Hershey returned to the production of Kisses and by the end of the 1940s the popular candy returned to the “world’s most famous” list.

The worldwide sum of money spent each year on chocolate is astonishing. Current data (2018) confirms that nearly a billion dollars is spent on chocolate and $400 million of that amount is spent on Hershey’s Kisses.

Another amazing number is how many Kisses are made every day – believe it or not – that number is 75 million. Hershey’s corporate value is set in the billions of dollars, there is no arguing that, and strange as it may be the Hershey’s Kiss is by far their most famous product and their most profitable.

Because the taste of the typical candy lover changes with age, so has the Hershey’s Kiss. Through the years the flavor of the Kiss has not change but new flavors have been added. Some of the new flavors include coconut crème, pumpkin, and mint. And growing in popularity each year is the dark-chocolate Kiss.

Have you ever wondered why they are called, “Kisses?” The best explanation available is that Mr. Hershey named the candy after the noise the machine made as the lump of molten chocolate was deposited onto a conveyer belt that moved the candy toward a cooling room and the wrapping machines.

Factory postcards are not a big part of our hobby, but they illustrate a big part of American history. Those who collect and research them learn the history of many things we know and use. The postcard above is where the Hershey Chocolate Corporation makes one product we really like.

Thanks. I always wondered why they were called “kisses.”