Five Cities in Four States, What They Have in Common

A favored line among the pundits in the English-speaking nations these days is,

The syntax of this six, six, five, four poetic ditty is without doubt a literary
descendant of the famous quote from Alfred Lord Tennyson’s,

The modern version has been found in greeting cards, e-mail-o-grams, billboards, and even on an end-wall of a block of rowhomes in the London suburbs, where credit is being given to the official poet of the 2012 London Olympics, Lemn Sissay.

In many ways, these words are soothing in difficult times and it is nice to find them on social media homepages and as headers on emails from family, friends, and neighbors. But, in another era, not too many years ago similar words came to you on postcards. After the mailman left, you would sit with the card, stare at the picture, and read and re-read the message until it became indelible text imprinted on brain cells from your frontal lobe to your cerebellum.

So, which are the five cities? They are: Bethany, Missouri*; Dunbar, West Virginia; Hosensack, Pennsylvania; Trementon, Utah*; and Scheafferstown, Pennsylvania*.

And, what do they have in common? Some long-time ago, a general store manager, a gift-shop operator, a soda-fountain jerk, or a corner druggist, purchased the same set of postcards from a travelling salesman, and had the name of their hometown over-printed along the bottom edge and set them out in a counter display rack for sale.

Since I know nothing of this set of cards, please forgive my likely to fail attempt at humor. I call this set,

Freak Vegetables: Some Travel by Railroad, Others Not 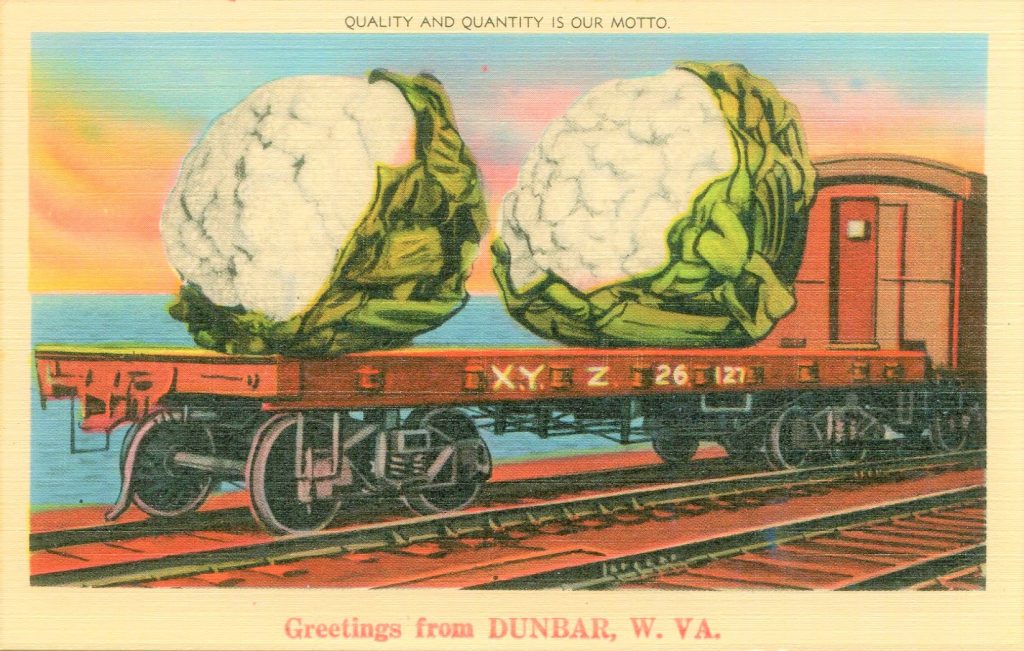 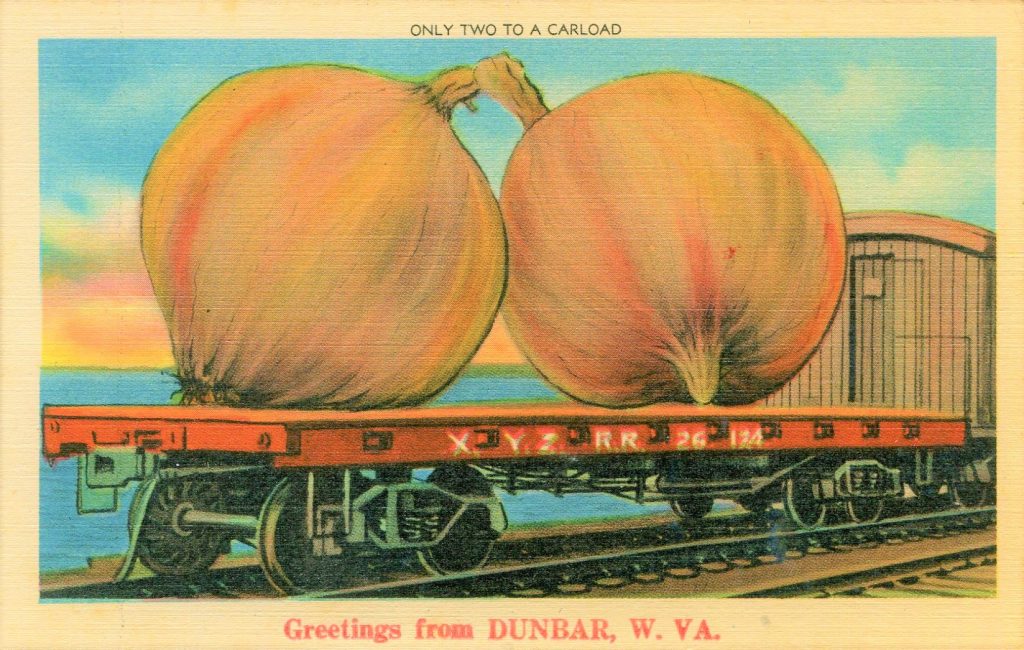 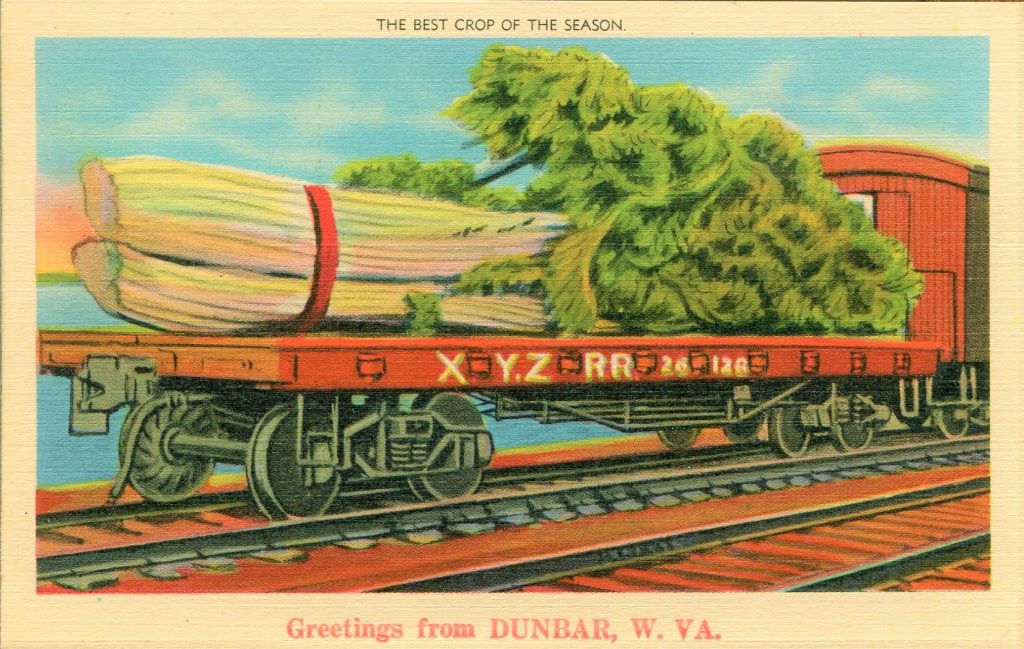 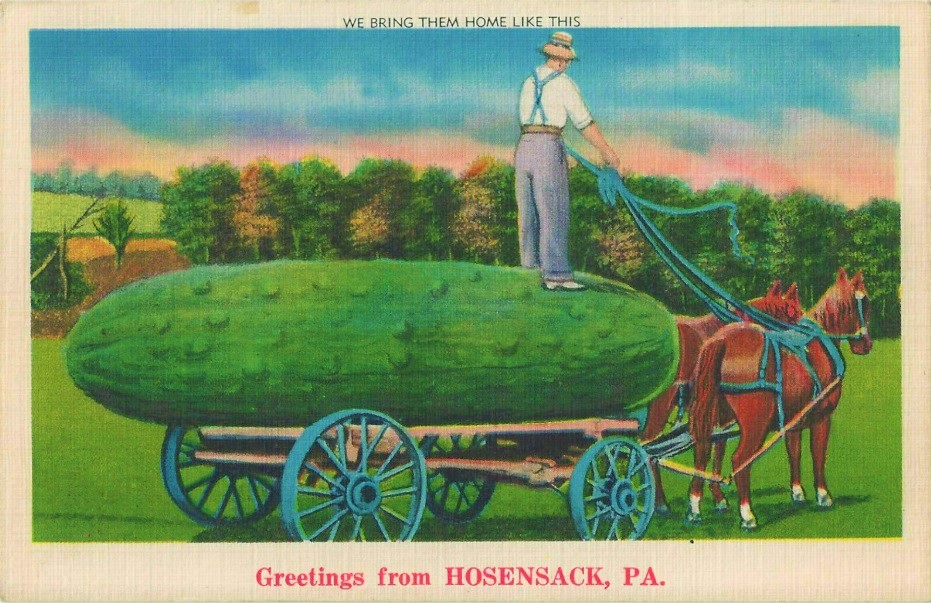 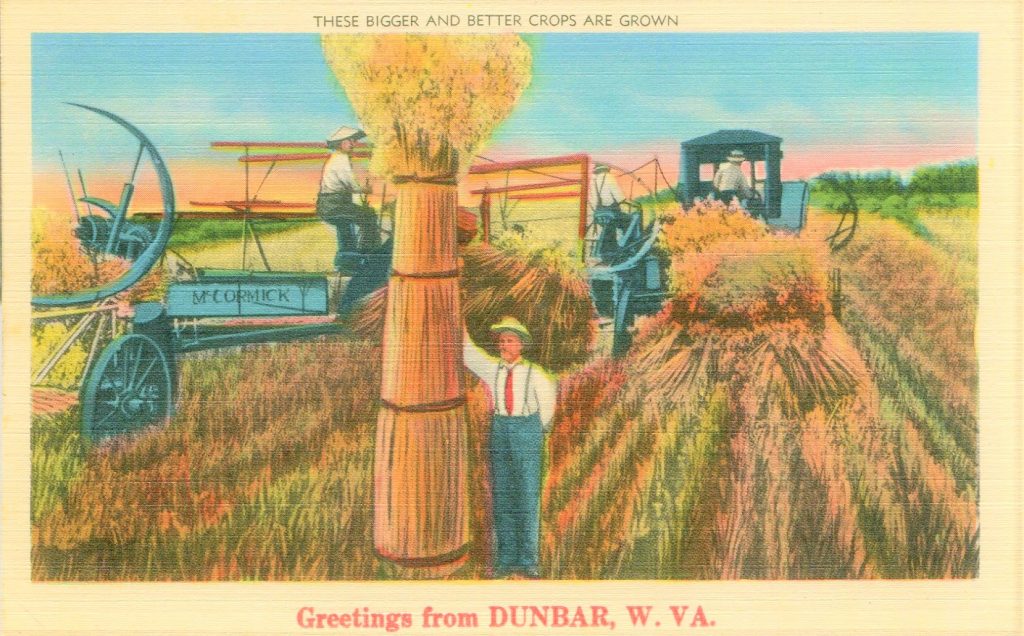 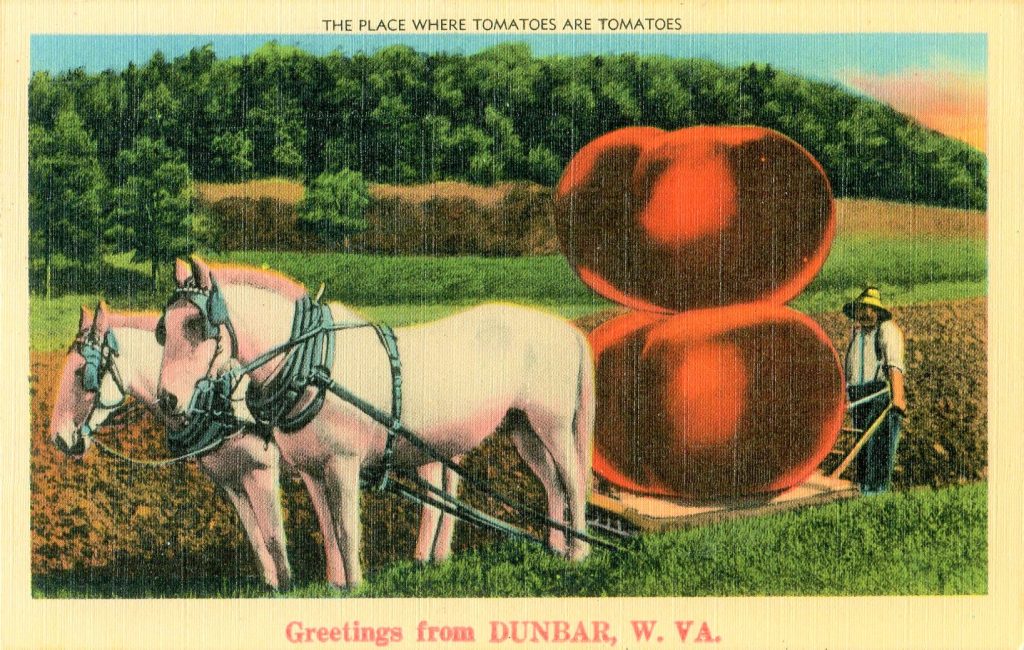 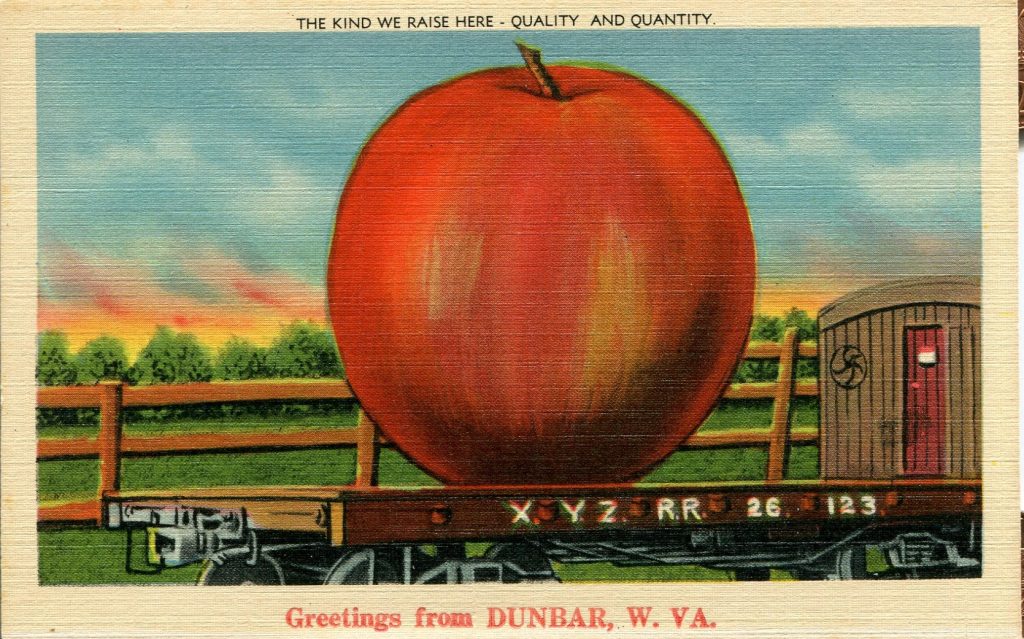 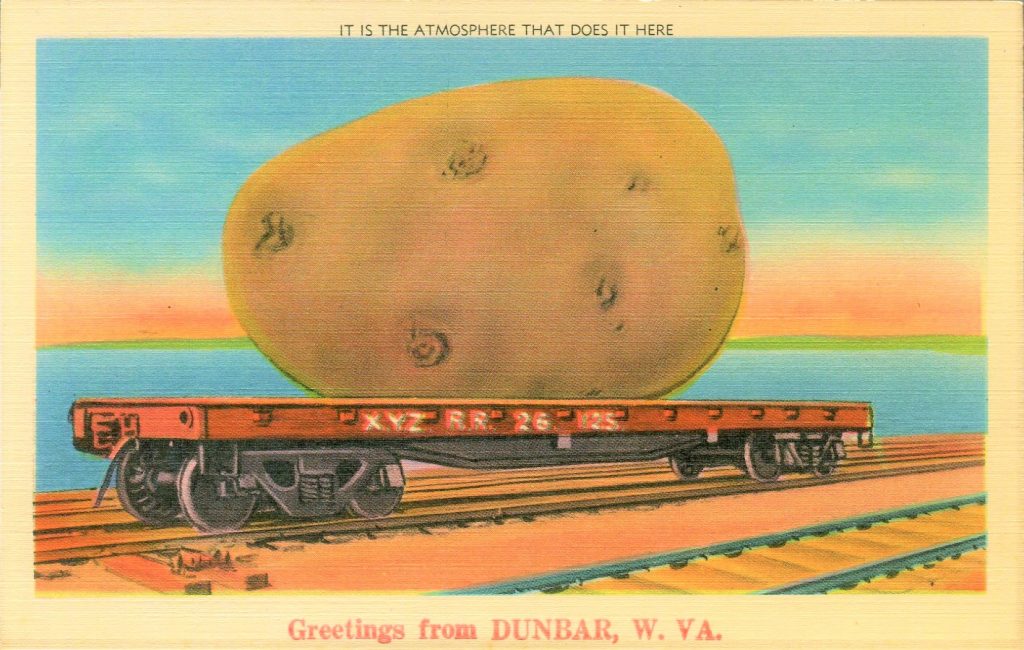 We know the cauliflower, onions, and celery are traveling by railroad, the cucumber and tomatoes are being horse-drawn, the wheat is standing still. How are the four other Freak Vegetables getting to market? And, are they coming from another place than the five places we already know?

*Check e-bay listings for evidence of other over-prints.

Freaky to some, exaggerations to others, these are rather rare cards following in the tracks of other food and fruit exaggerations. A rather fun collection.

I’ve seen many versions of this concept, but it would be interesting to know if these were the first such exaggeration cards. Notice that although the flatcars are all marked “XYZ RR”, the punctuation and placement of these letters varies from card to card, and each flatcar also features a “26” followed by a number in the 120’s.