The Treaty of Bern

An international treaty signed at Bern, Switzerland, in 1874 was the culmination of decades of work done by postal authorities in nearly two dozen countries. To greater appreciate the Treaty of Bern, the postcard collector needs to draw from personal experience. If you have examined an early foreign postcard you have likely found some with backs similar to the one you see here. It would be easy to assume this to be a French postcard, but it is not. It is a card from a nation that is a member of the Universal Postal Union. French however was the official language of the Union Postale Universelle. 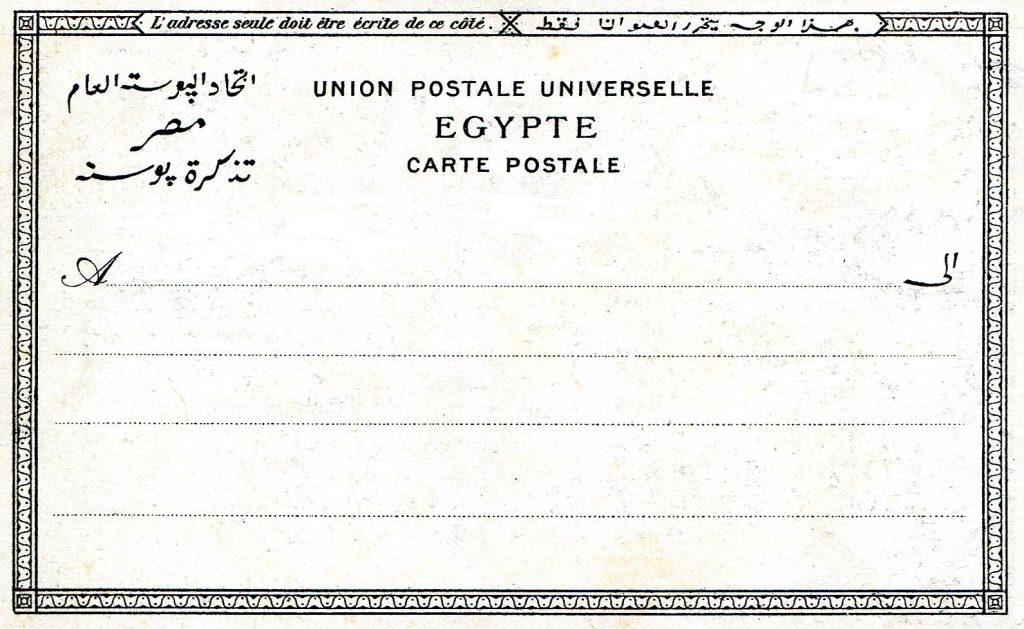 On this card it is easy to identify the country of origin, because the word “Egypte” is printed in capital letters under the words “Union Postale Universelle.”

From the mid-1670s through to the end of the 1790s, mail delivery between countries was a process administered through bilateral agreements, but by the mid-1850s the network of mutual agreements became so clumsy that it was actually impeding the development of international commerce.

The first noteworthy postal reform took place in England in the mid-19th century when Sir Rowland Hill introduced a system of prepaid postage based on the weight of the item being mailed.

Then in 1863, President Lincoln’s Postmaster General Montgomery Blair called postal representatives from around the world to Paris for a conference. Blair’s intention was to create agreement that would smooth the delivery of mail in countries where political conflicts were interfering with their citizens’ receipt of mail from outside their own national borders. Delegates from 15 European countries and the United States attended.

The conference was successful to the extent that the delegates were able to formulate a set of general principles for future discussions, but they were unable to settle on an international postal agreement.

Eleven years later a senior postal official from the North German Confederation, named Heinrich von Stephan, created a plan for an international postal union. He suggested that the Swiss government call for an international conference on postal reform to be held in Bern. The Swiss agreed and a conference convened on September 15, 1874, which attracted representatives from 22 nations.

On October 9th a treaty establishing the General Postal Union, was signed. Membership grew so quickly in the years that followed that the name “General Union” needed to be changed. In 1878, the General Union became the Universal Union.

The Treaty of Bern succeeded in unifying the confusing international maze of postal services and regulations into a single postal territory for the reciprocal exchange of letters. The representatives agreed that membership privileges commenced on July 1, 1875. The barriers and frontiers that had impeded the free flow and growth of international mail had finally been pulled down.

Throughout the 145-year history of the UPU, postcards have been a recognized form of international communication since 1894. However, as content that conflicted with Islamic practice began to appear, issues were raised among some signatories, most notably in the Ottoman Empire. The questionable content that was most problematic included seaside humor, sexual innuendo, and nudity as in images of classical statuary or paintings.

Today October 9th is celebrated across the globe as World Post Day. Mark your calendars.