Where Was It Made?
– Part VII –
Curtain Rods 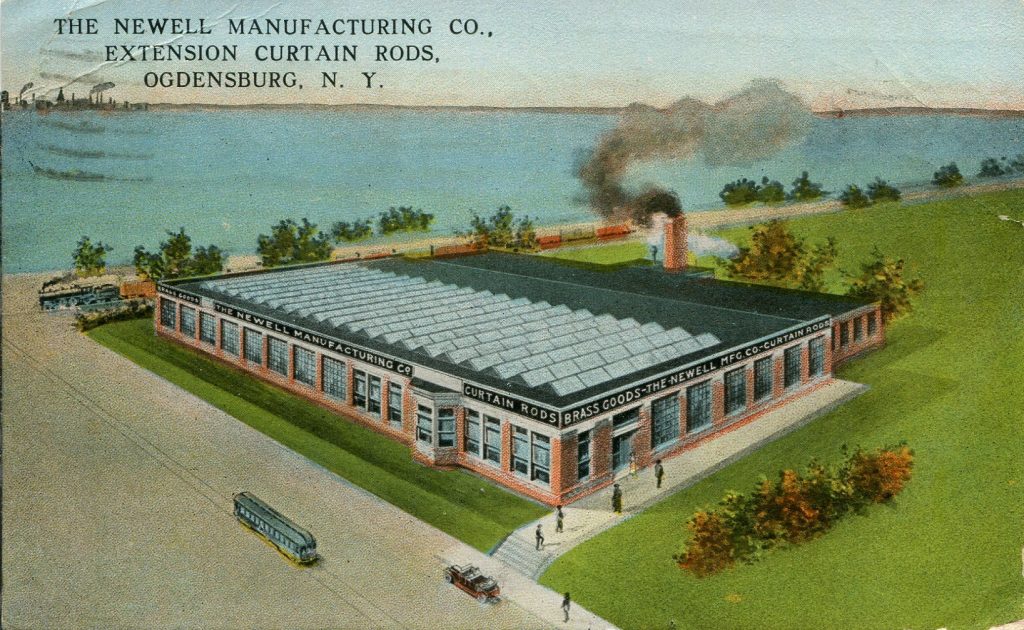 Edgar A. Newell was born in 1851 at New Sharon, Maine. At various times in his life he lived in Maine, New Hampshire and in Ogdensburg, New York. Newell was an adventurous, strongminded businessman always eager to try something new. When he was made aware that a small brass rod manufacturer had failed to pay a business loan, he bought the company from W. F. and Addie Linton and changed the name to the Newell Manufacturing Company. Without ceremony Newell became a curtain rod maker. The business flourished and by 1908, after investing in new equipment and retooling the entire operation Newell was able to automate his business. He could now produce better, stronger, cheaper, and faster than any other manufacturer. He would soon be among the most successful business owners in New York. 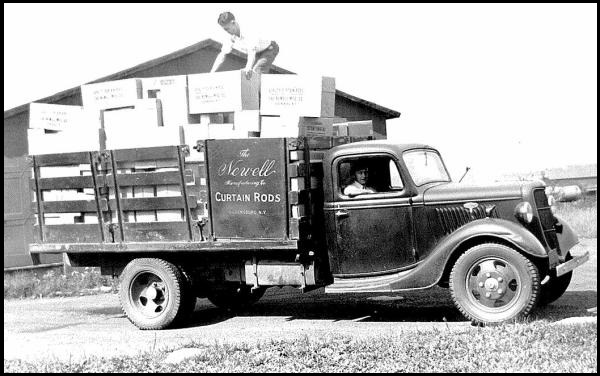 A Newell shipment out for delivery

In 1912, Ben Cuthbert was hired to foster relationships with the Woolworth Company, which created another upturn in sales and made it necessary to expand. By 1921 a new 15,000-square-foot facility was built and production doubled. Later that same year, a new acquisition was completed in Freeport, Illinois, when Newell bought the Barnwell Company and renamed it Western Newell Manufacturing.

The Barnwell purchase was thought to be a smart decision at the time because Freeport was close to rail lines headed west. Easy transportation facilities opened lines to the S. S. Kresge Company, that became one of Western Newell’s most treasured accounts. In the years ahead Kresge would become a new company whose name you may know – K-mart.

In the decades that followed Newell used as their business model a strategy called growth-by-acquisition (they completed over 70 acquisitions in thirty years) and matured into a thriving hardware and housewares company that caters to large international retail operations.

The Newell Company went public in 1972, opening on the NASDAQ at $28 per share.

Now you know where they make curtain rods.

Your series on “Where was it Made” is interesting and educational to all of us who are interested in our countries history. Great work as always!