Hometown postcard collectors dream of finding postcards showing their childhood home. I was excited to find such a card while at a local auction house. I saw a real-photo card with a caption, “Rising Sun, Del.” in the bottom left corner. Rising Sun is home to a couple hundred people. It is an unincorporated village one mile east of Camden, all within the Dover metropolitan area.

In the early 1900s at least five canning factories were operating within a two-mile radius of Camden. The area was farm country. One factory was down the street from my grandparent’s home. My grandfather worked in that factory and was killed in an explosion there in 1918.

I knew when I saw the card it was the house where I grew up, located between the road to Voshell’s Mill and the road to Camden. It was once a general store and the post office. Most small communities had their own post office; the one in Rising Sun opened in 1867. The post office closed in 1902, but the building continued to be a general store until it was sold in either 1918 or 1919. When you examine the image there are sacks and barrels on the porch, a sign over a window advertising Fels-Naptha, an almost forgotten laundry detergent, not to mention a cat sitting on the steps and a few people gathered in conversation. 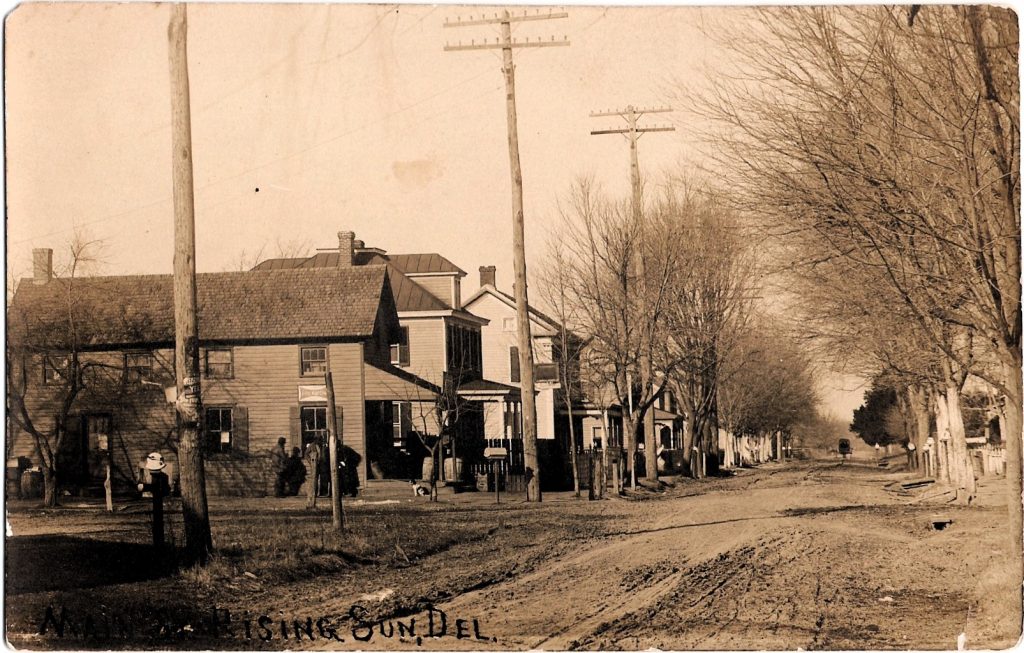 My first postcard of my boyhood home.

I had to wait for about seven hours before the auctioneer got to the card. A lady sitting across from me asked what I was waiting for and I replied I was waiting for a postcard. She then asked how much I was going to pay, so I told her I was buying it. I knew she was a postcard collector but from a different part of the state. She repeated her question and I repeated my answer. When the card finally came up I bought it for $35. I was not going to let it get away. 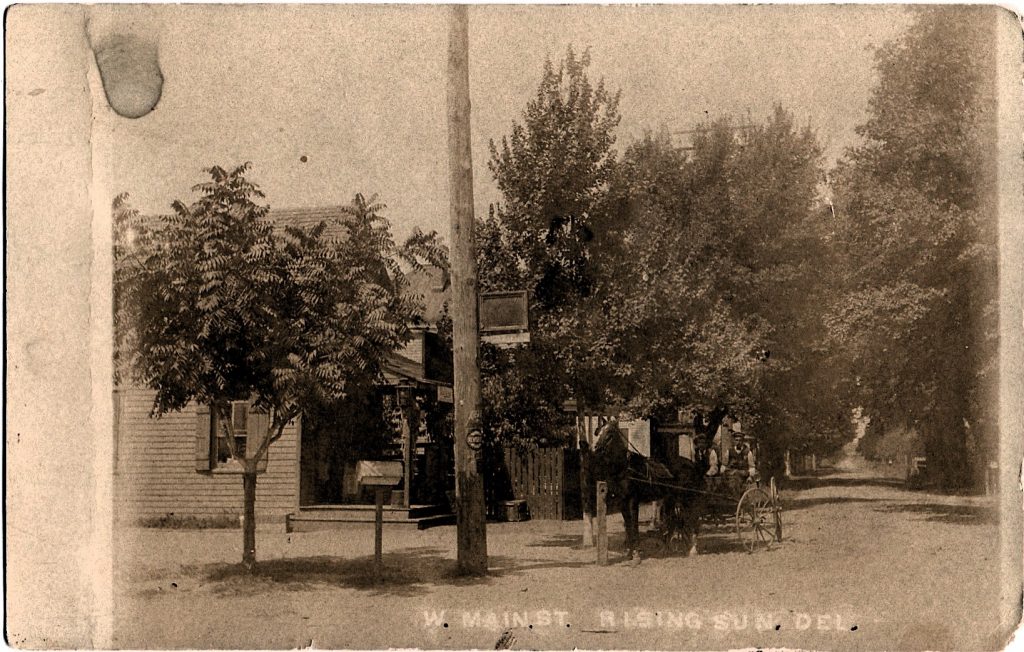 Years later, my wife and I were visiting friends in Atlanta, Georgia, and came home through the Shenandoah Valley. We stopped at an antique store in Harrisonburg, Virginia, where lots of postcards were for sale. I looked but didn’t see any Delaware cards I wanted, then I saw a sign that said better cards behind the counter. I asked to see them. There were probably fifty cards and to my surprise the last card was another slightly different view of the house in which I grew up. It was postally used in 1914.

I had to own that card; I paid $90. I told myself I would never see another one like it. The two cards are both divided back real-photo cards. The only thing that would have made it better was if the postmark had been Rising Sun. To me the cards are priceless; they will remain in our family forever. 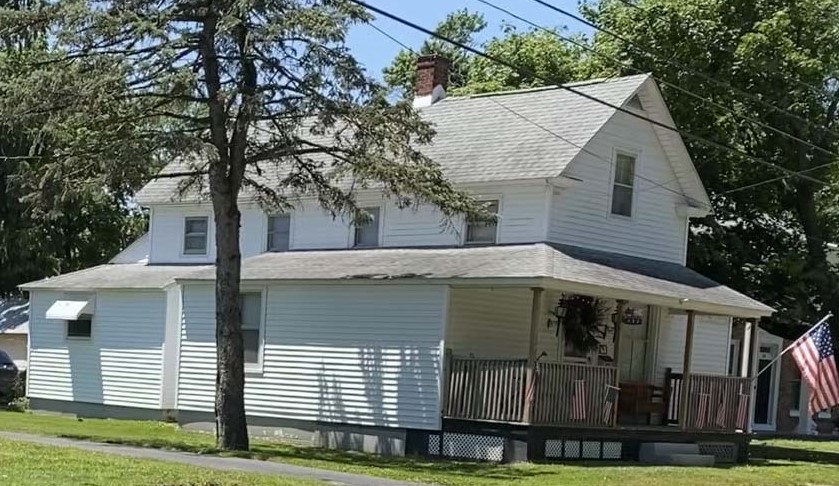 This is a recent photo. The same building, over 100 years later.

My grandparents had four children including my mother who was about four at the time my grandfather was killed in the explosion. My grandmother had no desire to live in the house, but her father encouraged her to purchase it since she was now a widow with four children.  She did buy the house but only after it was moved to Camden.

My mother and I went to live with my grandmother, her new husband and my aunt after my father was killed in a car accident in 1947. My mother and I lived there with my aunt until I got married. Later when the house was auctioned my son bought it. The property has been in the family for over a century.

This is an interesting article, and it is similar to my primary passion – collecting postcards and photos of my hometown in South Jersey

Thanks for the story!