Where Was It Made
– Part XI –
Music Boxes

The following paragraph may be unnecessary but for the sake of reason I am compelled to write it. If there is someone who does not know the joy of a music box, I pray this article will educate you, delight you, and challenge you to find the closest music box museum and spend some hours in pure ecstasy.

On a date lost in history, bags, sacks, and purses were abandoned and someone built a box. The box took on the duties of keeping something special in a safe place. Very soon after that someone else added a musical contraption to the box, so that when the lid was opened a sweet melody would play. Sure, the music was tinny and corny but everyone who owned a music box thought of it as their most prized possession.

Often music boxes were made of cedar, cypress, or other fragrant woods that added charm to the lid-opening experience. The music provision came from a set of pins set in a cylinder that when rotated would pluck a tuned lamellae (a flat steel comb). The rotation would be triggered when the lid opened and released a simple on/off block switch. The earliest of these automated musical machines was found in ancient Persia and dated to the 9th or 10th century.

Jewelers were some of the first to make music boxes for general sale. Clock makers got into the act in Belgium around the early 1400s. Some early music boxes were made in France in the 1520s. And, some historians believe the first music box in America was an English made cabinet brought here in the 1650s.

Naturally, all early music boxes were made for individuals, but at the end of the eighteenth century a French company began mass production of music boxes, offered them for general sale with a choice of five different “songs.” Christmas music boxes played Noel carols.

The first Regina music box arrived in America in 1892. It was part of the luggage brought here by Gustave Brachhausen, the recent foreman of operations at the Symphonion Music Box Company of Leipzig, Germany.

The last project he worked on in Germany was a polyphon musikwerke in partnership with a Symphonion engineer named Paul Riessner. Three years later when Brachhausen was 35 years old he and that music box immigrated to Jersey City, New Jersey, where the Regina Music Box Company was founded.

Initially, Regina imported their boxes from Germany, selling 11-inch and 15-inch models. However, even in those days, it was cheaper to import parts rather than finished products, hence the movements were imported and assembled into American-made boxes. 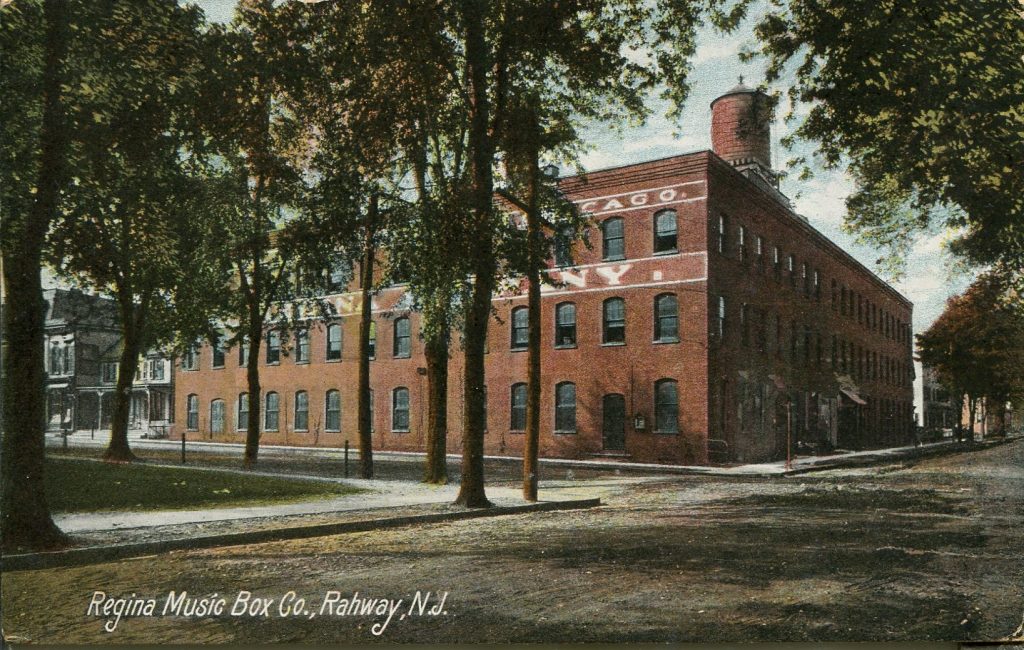 After their first year of great success, Brachhausen found a new 25,000-square foot manufacturing site on Cherry Street in Rahway, New Jersey. By 1900, Regina was manufacturing their products entirely in America.

Gustave Brachhausen was among the first industrial leaders to establish national distribution networks. He was also one of the few manufacturers to offer a 50% wholesale price to department stores and other retailers.

Among others of his time Brachhausen was not above a bit of chicanery. As his business grew, he lured one of Symphonion’s arrangers, Octave Felicien Chaillet, to America. Chaillet set to work at once composing and arranging over a thousand songs that could be purchased independently from the music box, making it possible for music box owners to pick and choose their favorites.

As the years passed from 1892 to 1921 Regina manufactured and shipped over 100,000 music boxes, among them were several coin operated music boxes that were very popular in small town entertainment centers.  Regina’s sales topped $2,000,000 per year and employed nearly 300 skilled workers.

To the regret of thousands, in 1921 a decision was made to diversify the product line. New products ranged from phonographs to vacuum cleaners. It was a poorly crafted choice and a financial disaster. The company declared bankruptcy in 1922. Product line items were sold to other concerns, but Regina came out of bankruptcy with only fractions of their net value capital stocks. Manufacturing of vacuum cleaners continued until the 1997 takeover by the Oreck Corporation.

Coincidentally the Regina music boxes manufactured in Rahway are now popular with the antiques crowd; in 2007 a Regina Orchestral music box sold in a Canadian auction for just over $20,000. 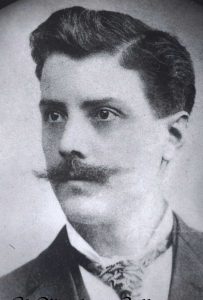 Gustave Brachhausen was quite an unusual personality. He was born in 1860 and immigrated to America at age 32 aboard the America Line’s S. S. Finland. He arrived here carrying a music box that would make him famous. Remember in the story above how Gustave hired a music arranger named, Octave Felicien Chaillet who came here to create music for the Regina company? In 1901 Gustave married Alice Chaillet, Mr. Chaillet’s youngest daughter. She was 17 years younger than Gustave. They had one son, Maurice. Gustave died in January 1941. Alice lived in New Jersey until 1962.

Pay no mind to Regina’s later history, it was the music box that made the name famous, and those music boxes were made in Rahway, New Jersey.

What a treat! I enjoyed your article very much and learned so much about the wonderful music boxes produced by Regina.
At our marriage, 54 years ago, my aunt and uncle gave my wife and me an old, swiss made, cylindrical type music box that remains one of our most cherished possessions today. There is nothing more soothing than the sound of a music box! Thank you!

Those music boxes are very elaborate pieces of machinery. Amazing.