When the postcard below came to your editor as a topic for inclusion in the blog, it was apparent that the number of people who know about it would be small. Thankfully however, we at Postcard History found someone. And, we found someone who collects postcards of the event. 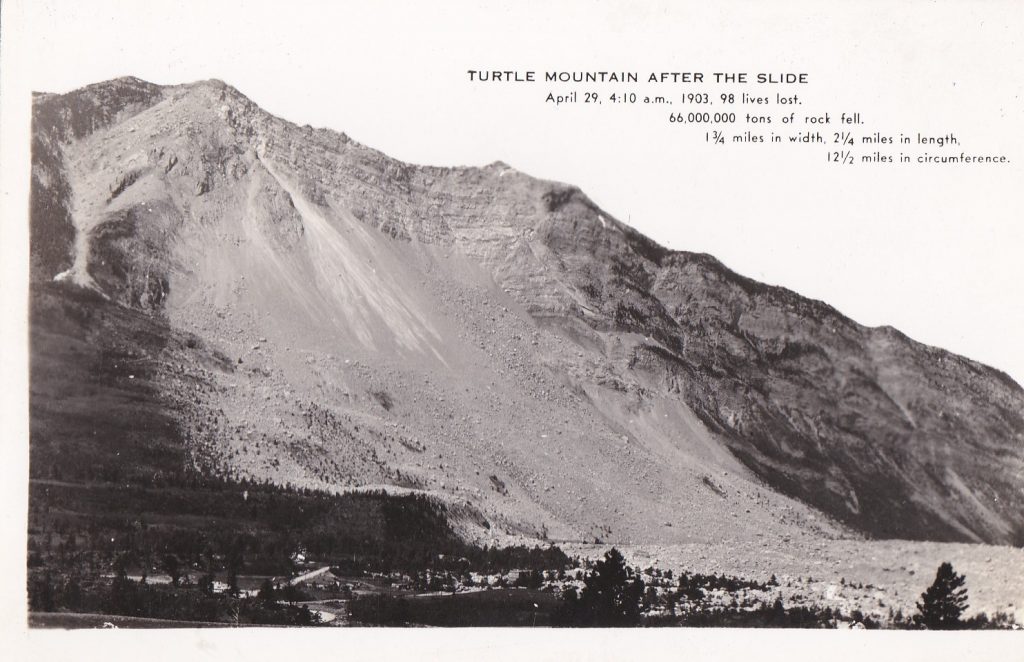 It was the morning of April 29, 1903, in the Canadian mid-west that a piece – a very large piece, a piece that weighed 66,000,000 tons – of Turtle Mountain fell from the mountain’s north face onto the tiny village of Frank, Alberta, Canada.

The slide happened at ten minutes after four o’clock. There was no warning and within seconds the southern part of Frank that was home to over 100 residents, about two miles of railroad and the entrance to a coal mine vanished under fifty to one hundred feet of rock, sand and dust.

It is difficult to imagine, but among the tales told are some of the most extraordinary stories of survival. One includes a girl who landed in a pile of straw after being ejected from her house by the force of the river of rock that destroyed the family home. Another tells of coal miners being trapped inside the mine who spend hours digging their way to freedom.

Sadly, only eighteen bodies have been recovered from the shallow rubble near the edges of the slide. Estimates range from 70 to 90 people lost their lives that day. The Frank Slide remains Canada’s deadliest disaster. The remaining dead are still under the rocks that killed them 117 years ago.

Today there are literally dozens of conflicting estimates on how much rock fell, what caused the fall and how it most affected the village of Frank. As time passes, new and astounding research continues. There is an interpretive center in Frank (approximately 40 miles north of Montana’s northern border with Canada) where University of Calgary professionals study the “movement” of the mountain (estimated to be one centimeter or one-third of an inch each year) which is a lot for a mountain.

For the most curious, here is one thing we know
to be approximately one-third of an inch.

The Frank Slide is conjectured to be the result of three unrelated activities: geological instability, coal mining and weather.

The early settlers and the First Nation tribes discovered Turtle Mountain but had suspicions about its movement. The Blackfoot Tribe, as an example refused to camp near the mountain. Sure this is folklore but have you ever noticed how much lore resembles reality?

Coal miners had no such suspicions. There was money to be made and it was another case of ‘the devil be damned.’ The Canadian-American Coal and Coke Company opened the first mine at the foot of the mountain in 1900. The miners came in droves and within a year the community of Frank was chartered. On the morning of April 29, 1903, more than 600 people lived there.

Weather is likely the most fickle of Mother Nature’s tricks. No fault can be assigned for a fact of nature, but the cause must be considered as a factor. We all know that unlike every other compound in nature water will expand when it freezes. The winter of 1903 had been very mild, but on the night before the slide the temperature dropped, the water within the mountain froze. The fault lines broke. People died.

It is likely no surprise that within a few weeks the mining resumed, and trains were taking on an average of 14,000 tons per day, more coal than ever before, to markets in the west.

The cards below show how massive amounts of limestone were moved to uncover the railroad tracks that facilitated the movement of coal from Turtle Mountain. 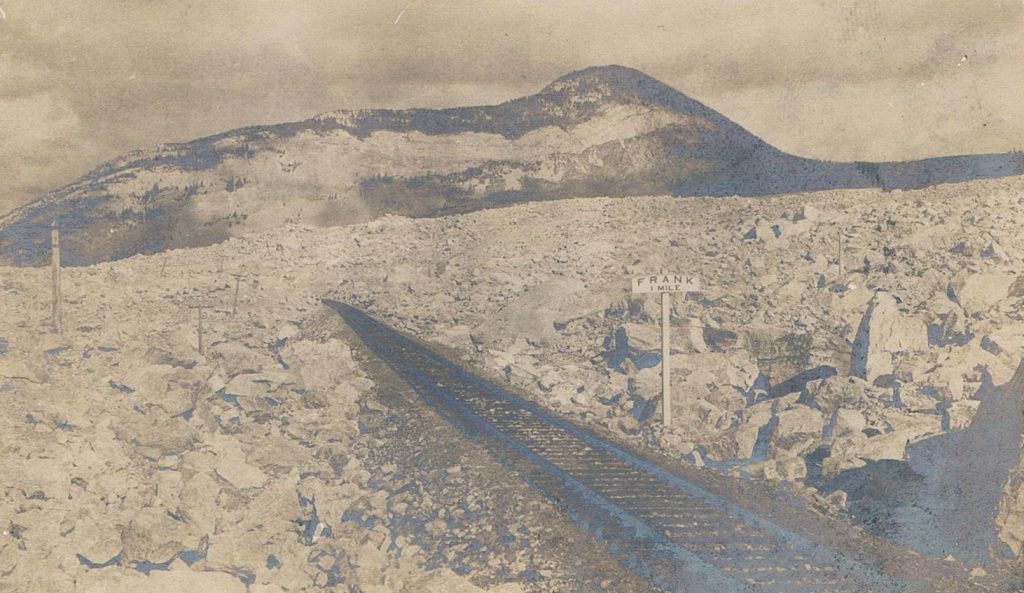 For anyone interested, the Internet has several Frank Slide websites. The Interpretive Center at Frank has a site and there is a 2003 CBS documentary done by Cameron MacIntosh that is quite thorough. 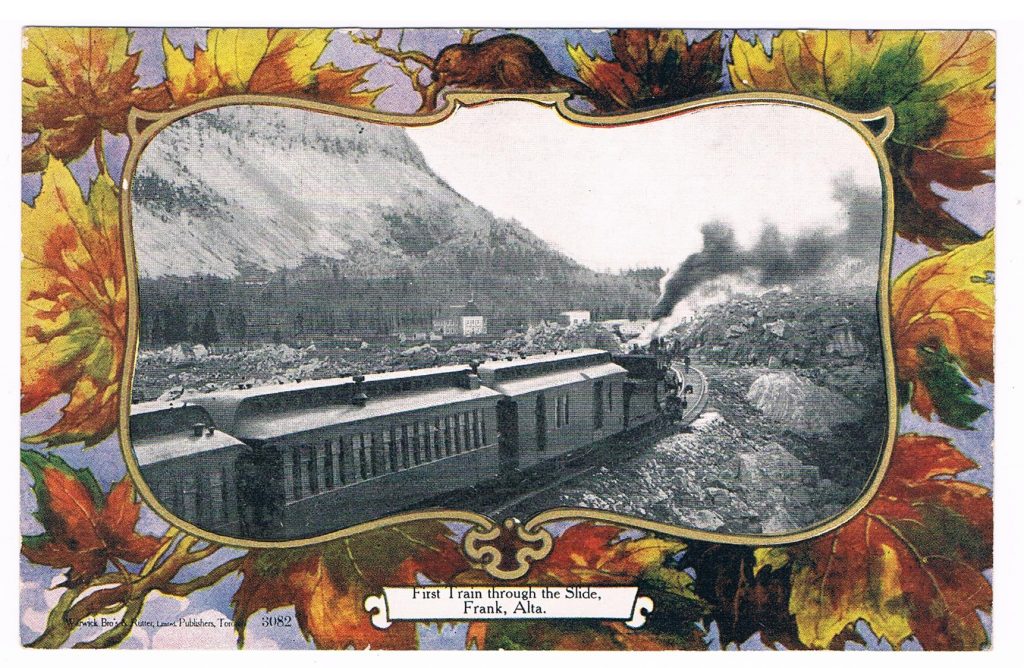 Postcard history wishes to thank Win Boyd
and the Toronto Postcard Club for
the illustrations they provided for this article.

The Staff of Postcard History offers this article for your enjoyment. It is a combined effort of many: our publisher, editor, webmaster and collectors/contributors far and wide. Please use the COMMENTS feature below to let us know how we're doing.
PrevPreviousCarving Stone Mountain
NextPostcards of My Boyhood Home by Pat DyerNext
2 Comments
Oldest
Newest Most Voted
Inline Feedbacks
View all comments
Gail Candido

I always look forward to reading the Postcard History and the price is right!

@Gail Candido, that’s what the internet get you! Glad you like what we do here. And we appreciate your posting a comment. Please do so often!