the Story of an American Department Store

In the years after the Civil War and to the end of World War II, Americans found themselves with new purchase options, one of which was the department store. The first such shopping opportunity developed in Paris around 1870, but when John Wanamaker bought an abandoned freight depot in his native Philadelphia and stocked sales counters with merchandise from specialty manufacturers the concept became uniquely American. Others like Woolworth, Selfridge, Gimble, and Macy followed.

If you lived in the northeast you could shop at Wanamaker’s, Gimble’s, Macy’s, Lit Brothers, and Bloomingdale’s. If you resided in the mid-west you would go to Marshall Fields, Neiman Marcus, and L. S. Ayers. If you shopped in the south your options would include Belks, Dillard’s, or Bealls. West coast shoppers would venture out to The Emporium, Frederick & Nelson or Meier & Frank. But, no one would have told you to shop at Best & Company. 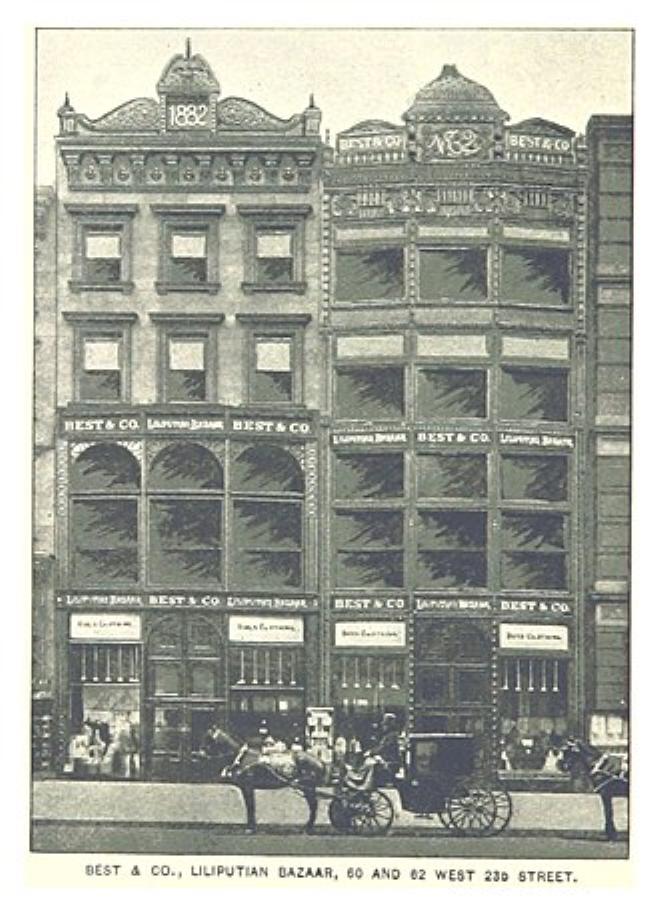 The recent passing of an enthusiastic and dedicated postcard collector from mid-land America left a postcard dealer and a friend of mine with quite a dilemma. How to sell off more than nine-hundred department store postcards. When I heard the story, I offered my advice. Naturally, it was summarily ignored, but I still dared to ask if I could look through the cards for some rare, wonderful and unusual cards. I did and I failed, but I did find a few cards advertising stores I did not know.

Among them are the three you see with this article. I want to tell you about the company for as sure as I had never heard of Best & Company, there may be one or two or many dozens of you, who also have never heard of them.

Albert Best (in the 1870 Federal Census) called himself a dry-goods merchant (retail) and claimed his personal estate to be valued at $5,000. He was living in the 10th ward of Buffalo, New York, with his wife Estelle and their two young daughters, Bertha and Clara. He was 27.

By age 33 he had relocated to the upper-end of Fifth Avenue in Manhattan. He was in a cooperative contract with others and shortly would conclude an agreement that would enable him to open the first Best & Company on West 23rd Street, near Sixth Avenue. The doors opened in 1879. The primary offerings in the early years were all styles of clothing for infants and children, but within the second decade of operations Best had expanded the inventory to women’s wear and home goods.

As early as 1908 Best & Company took the unusual step of moving up-town. The company secured property at 372 Fifth Avenue and joined the elite group of mercantile operations, such as B. Altman, Gorham Silverware and Tiffany’s, along that part of Fifth Avenue.

By the 1940s, Best had developed their own brands and after Albert’s retirement the corporation had expanded to twenty branches. Then late in the war years Best & Company made another move to what they would call their flagship location. It was at 51st Street, directly across the street from St. Patrick’s Cathedral.

At the same time Best and Company recognized the need to add services for their clients. Their advertising was enhanced. They began using postcards to generate a mail-order operation.

The sample cards below advertise American Golfer dresses for women wearing sizes 10 to 18 or 20. Beautifully designed originals for the sale price of $17.75 to $22.95. 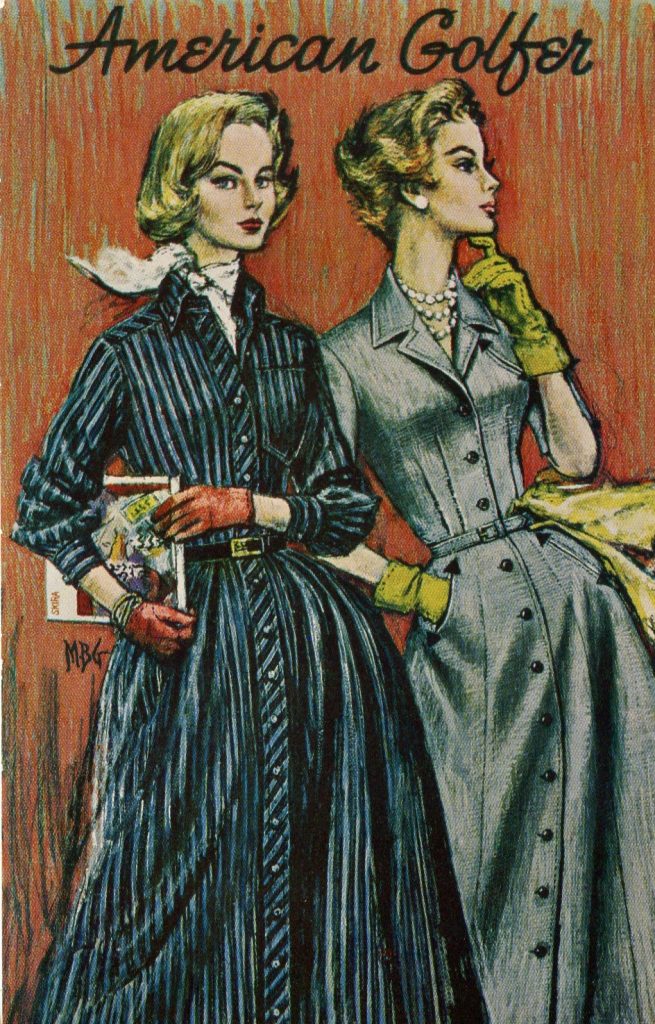 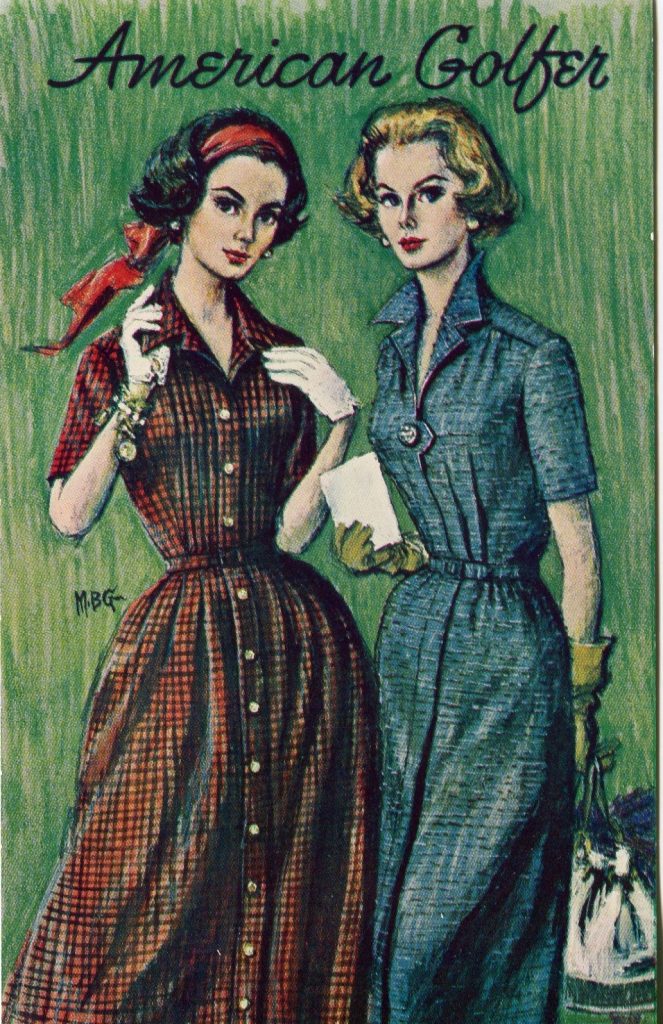 In the late 1960s, Best & Company, like so many other retail operations of the time, fell victim to the consumer’s love affair with malls, and could no longer sustain their general business. When the company was liquidated, there were 1,200 employees.

Best & Company maintained their address at their flagship location until 1972 when plans were developed for the construction of a building named the Olympic Tower. A Greek shipping tycoon named Aristotle Onassis bought the property for his company, Victory Development. Construction began immediately and took four years to complete. Today, the Tower contains over 200 condominium apartments and more than 250,000 square feet of office and retail space.

If you are looking for a Manhattan address the Gucci’s recently listed their penthouse apartment for sale. The price is “guarded,” but rumored to be $45 million.

The Staff of Postcard History offers this article for your enjoyment. It is a combined effort of many: our publisher, editor, webmaster and collectors/contributors far and wide. Please use the COMMENTS feature below to let us know how we're doing.
PrevPreviousKnow-it-All Quiz No. 2 The Mack Sennett Girls
NextCastle Garden, the Gateway to Ellis IslandNext
4 Comments
Oldest
Newest Most Voted
Inline Feedbacks
View all comments
Kay

Can’t say I was familiar with Best & Company before reading this article.

Gimbel is correct for “Gimble”

All New Yorkers of a certain age fondly remember having their haircuts at Best &Co.