the Gateway to Ellis Island

Before Ellis Island Immigrant Center was in operation, most immigrants to America came through the processing center at Castle Garden, located at the southern tip of Manhattan, now known as Battery Park. 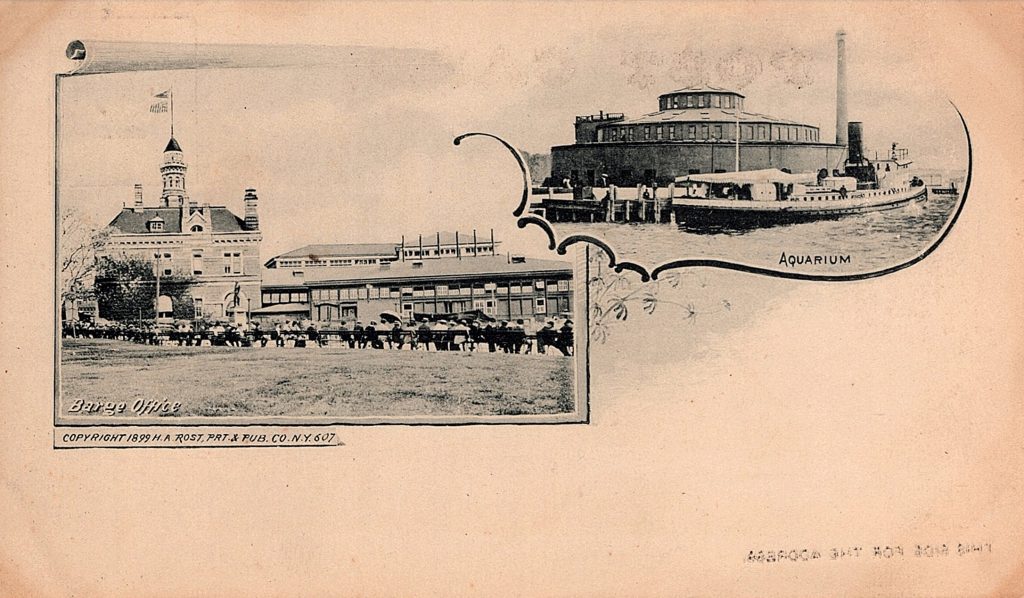 Castle Garden was built from 1808 to 1811 as a fort during the war with England and was called Castle Clinton. It was ceded to New York City in 1829 and leased as an amusement park. By 1839 it had become a fashionable concert hall but by 1855 New York decided to turn it into a receiving station for immigrants. From 1855 to 1890, more than eight million people were processed at Castle Garden and admitted to the United States.

By 1890 the New York legislature recognized that Castle Garden could no longer keep up with the immigration needs. The federal government made the decision to take immigration out of the hands of the states and make immigration the responsibility of federal authorities. Ellis Island was selected as the first federal immigration location. 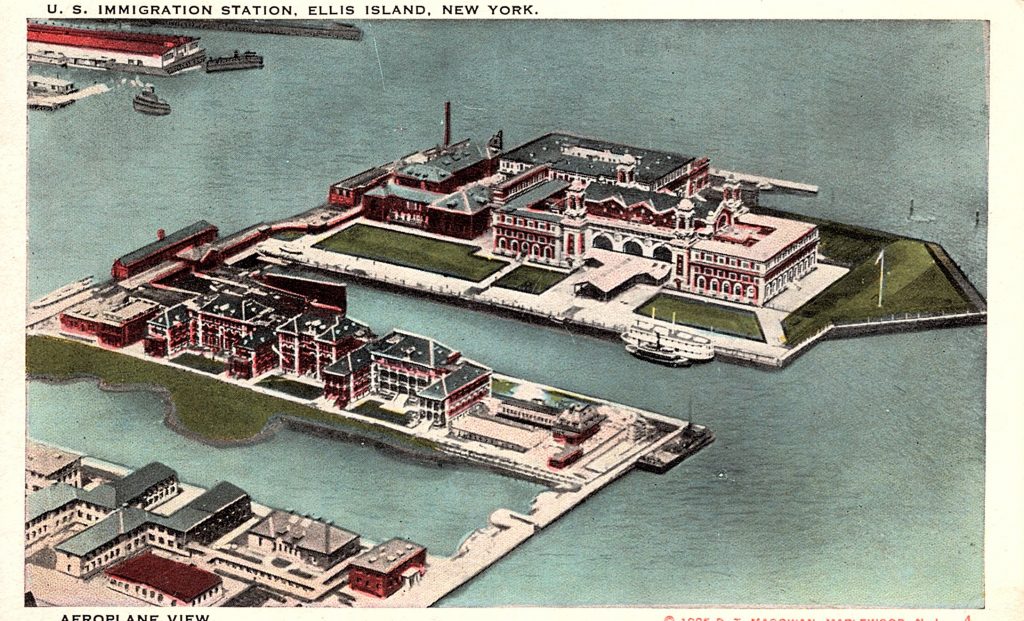 Ellis Island had been the site of Fort Gibson and later was a navel magazine, but it was considered an ideal location for the future immigrant receiving center and an immigrant hospital.  This first station of its kind opened in 1892 but was destroyed by a fire in 1897. Sadly, the records from the previous immigrant center had been moved to the new Ellis Island Station and were destroyed in the 1897 fire. The second station was built and opened in 1900.

From 1892 to 1954 approximately 12 million immigrants arrived and were processed through the facility. There were fluctuations in the number of arrivals due to several global affairs, namely: World War I and the tightening of immigration regulations, but immigrants continued to arrive.

Immigrants who could afford first or second-class tickets aboard the big ocean liners from Europe were briefly inspected on ship and were allowed, in most cases, to pass directly into the United States. Only the poor were required to undergo inspection at Ellis Island.

Steerage passengers, those who could only afford what is commonly called, “third-class,” and traveled in the lower levels of the ship made up the largest number of newcomers to America. 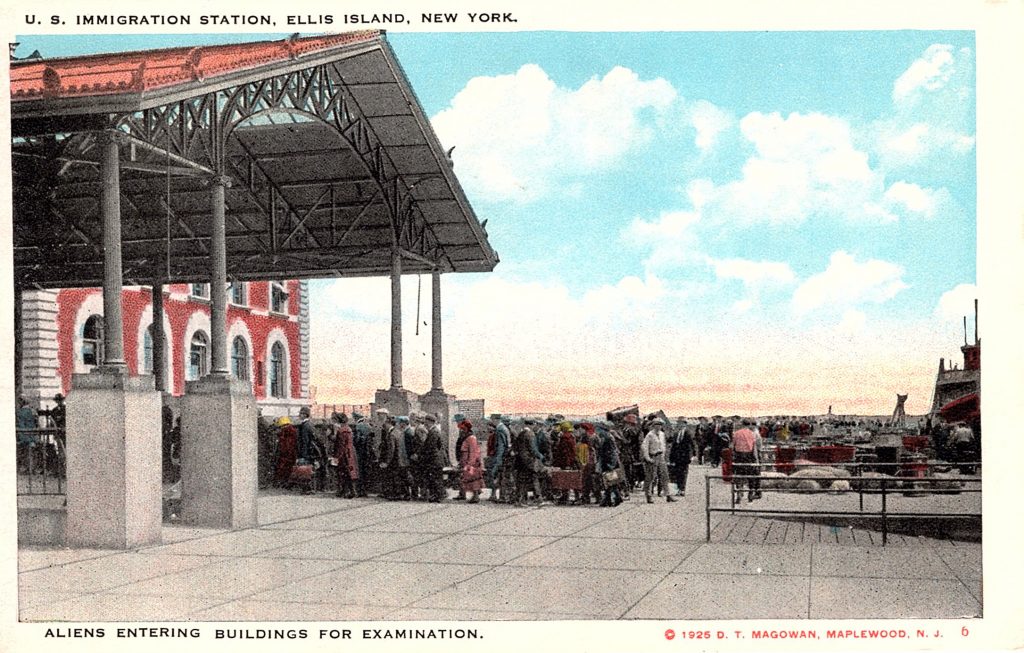 Some passengers were often required to wait for hours before they could leave the ship to board a barge that would take them to the pier. Then again, they faced lengthy waits before stepping onto the pier and then walking the 50 feet to the building’s entrance. The immigrants also had to carry whatever possessions they brought from their homeland. This added to the struggles of gaining entry to the United States. 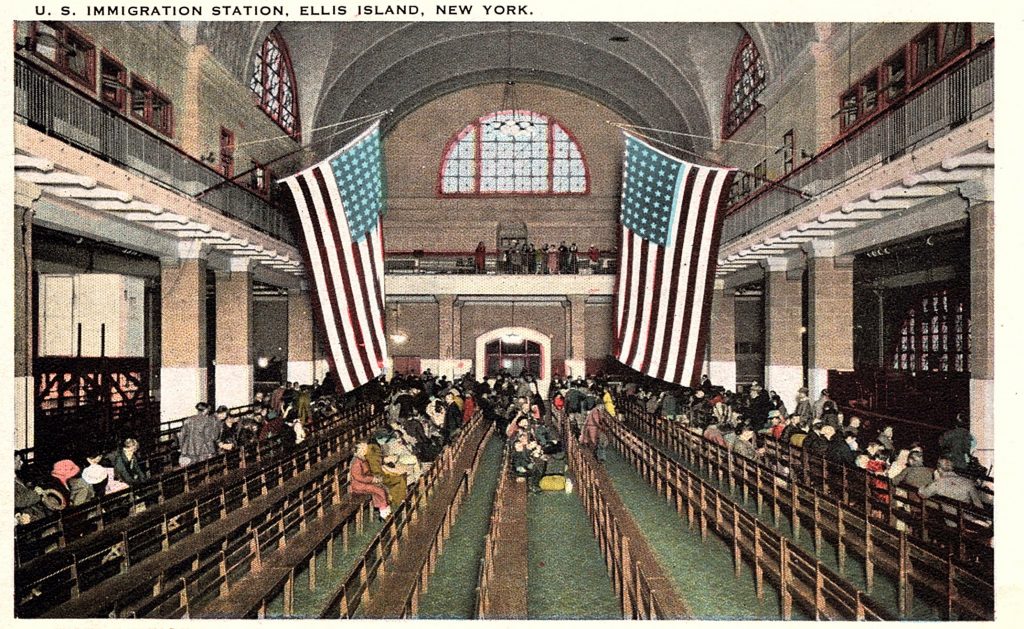 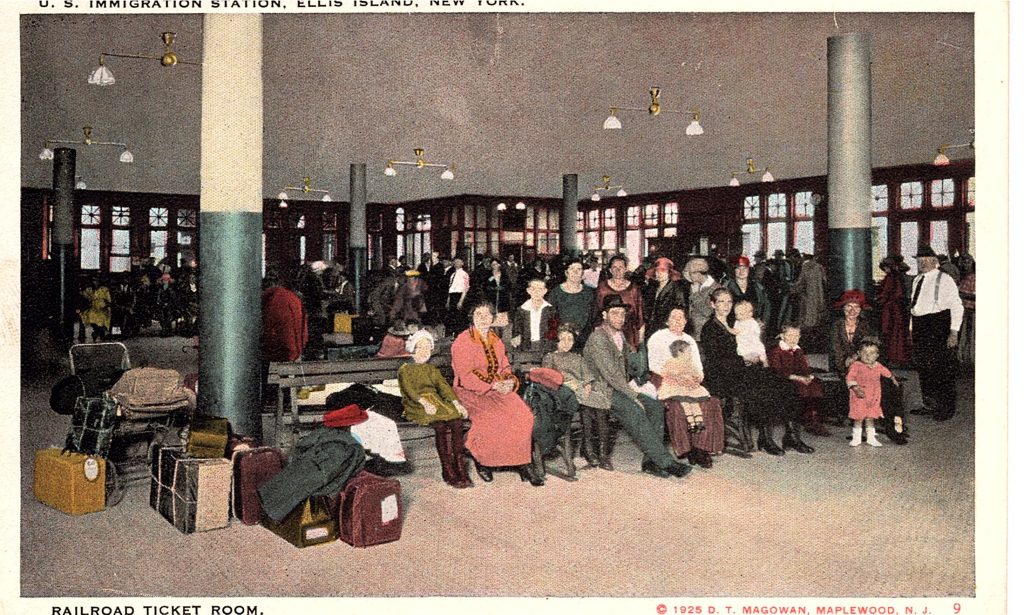 These immigrants did not always receive a warm or even humane welcome. They were closely examined for health conditions and there were cases when children were rejected but their parents were accepted. Those who were rejected were required to return to the port where they started their two-week journey. However, if one of those who was rejected was a child, that child needed to return along with a parent even if the parent had been accepted. This often added to the stress as families were split up when some gained entry and others were refused.

Pinkeye (Conjunctivitis is an inflammation of the conjunctiva, which covers the white part of the eyeball. It may be a viral infection. It is an especially contagious virus.) was a common disease that was frequently contracted when traveling and was sufficient reason to reject the immigrant. However, pinkeye was but one of many illnesses that prohibited entry into the United States. In some cases, psychiatrists would question some immigrants seeking to determine psychological conditions. In other cases, it was discovered that criminals had been allowed to board the ship and they too were rejected and refused entry. 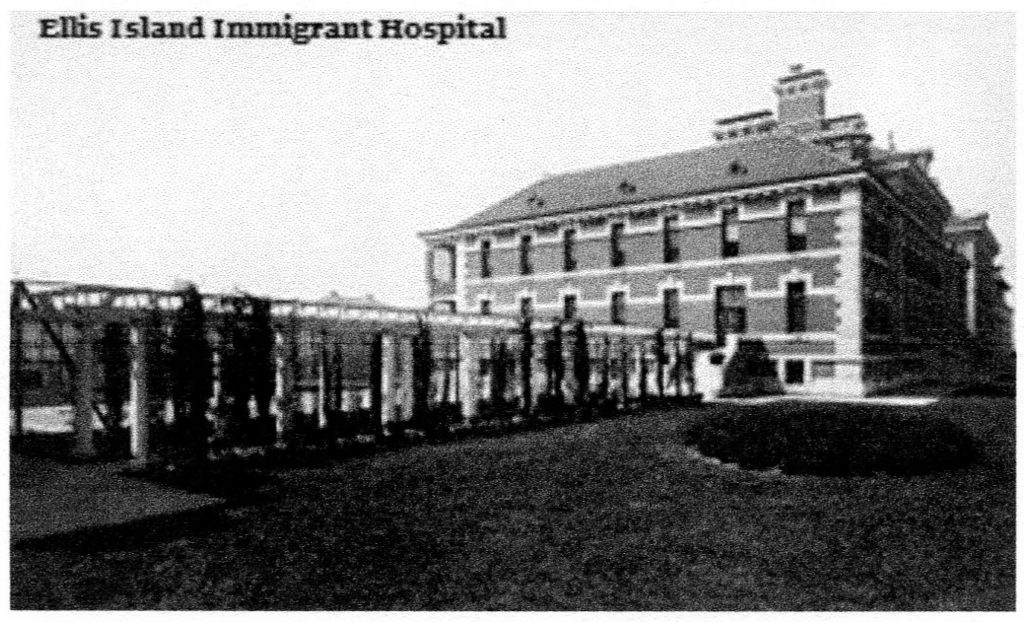 The Ellis Island Immigrant Hospital was established as a separate facility and was open from 1902 until 1951 and treated over 275,000 patients. Approximately 4,000 fatalities and 350 babies were born there. The facility is still standing but has been off limits to the public since its closing in 1954 except for limited special arrangements made through the Save Ellis Island Foundation

After 1924, Ellis Island was primarily a detention center. During both World War I and World War II its facilities were also used by the United States military to detain prisoners of war.

After its closure, Ellis Island Immigration Station languished for several years but a partially reopening occurred in 1976. The renovations in the main building and adjacent structures were completed in 1990.

I have never seen real photo postcards of either facility but have acquired a few lithograph cards. There are real photos of these locations; many can be found in published books and on-line. 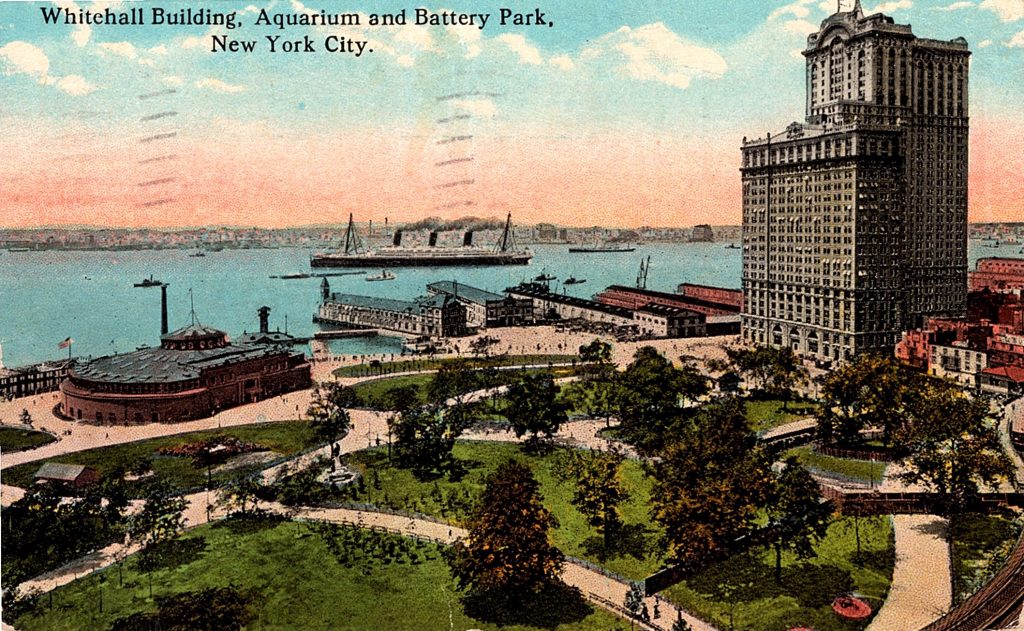 From Manhattan one can reach Ellis Island via Battery Park. I recall obtaining ferry tickets at the former Castle Garden facility. It is still the gateway to Ellis Island.

Duane Stabler is retired from a career in engineering. Like many postcard collectors, Duane is also interested in genealogy and has successfully published in that field of endeavor. In addition he edited the Twin City Postcard Club newsletter for eleven years. Duane and his wife live near Dallas, Texas.
PrevPreviousBest and Company – the story of an American Department Store
NextAmerica’s Sketch Artists – Part 5 of 6Next
2 Comments
Oldest
Newest Most Voted
Inline Feedbacks
View all comments
Bob Kozak

Despite numerous stories of family names being changed at the whim of Ellis Island inspectors, most such alterations were actually done by the immigrants themselves in hopes of assimilating more easily. The changes that were made at Ellis Island resulted from overworked employees mishearing pronunciations or misreading documents.

Yes, that’s certainly true Bob, I think they were over-worked and swamped. Sometimes the accents made it difficult but we need to remember that names needed to be anglicized so that characters with the umlaut (two dots over the a as an example) would become ae. That made the name work when the English didn’t have such character in them. In the early days, contagious disease like pink eye would spread onboard and that too was a big problem. Everything for record keeping was manual and that had to make the job hard. I think they did a good job… Read more »