Send in the Clowns

Coulrophobia is a relatively new kind of phobia that refers to a dread of clowns. It is an unusual phenomenon because society has deemed clowns to have been created to make both children and adults laugh. This fear usually sets in during early childhood. Coulrophobics are usually scared of Santa Claus and other persons with painted faces.

Typical characteristics of a coulrophobic episode include swelling of the throat, choking, and the inability to breathe properly. Severe cases also show signs of trembling and shaking, perspiration, and nausea.

The Center for Disease Control Statistical Research Department does not track coulrophobia, so it is difficult to know how many people are afflicted. Nevertheless, the medical community assumes that one in seven people suffer this phobia to greater or lesser degrees.

Many celebrities like Johnny Depp and Sean Combs are coulrophobics. Johnny Depp is among those celebrities who suffer from more than one phobia, but coulrophobia is his worst. Rapper and music producer Sean Comb is also coulrophobic, so much so that he has a strict “No Clown Clause” in his performance agreements.

On the path to public awareness, there have been some “TV characters,” created, such as Sam Hanna (played by James Todd Smith, aka, L.L. Cool J.) of NCIS-Los Angeles who has confessed, in episode dialog, to being afraid of clowns, and in Sam’s case, snakes, too! 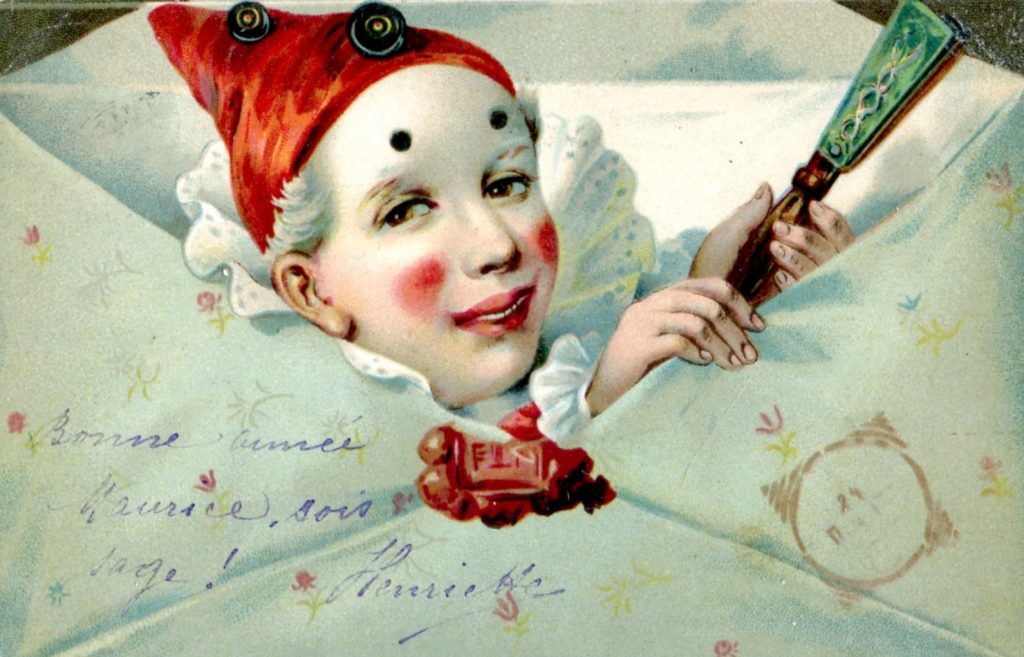 I am not afraid of clowns, Pierrots or jesters, and that is one reason I collect postcards of clowns.

Technically there is a significant difference between them even though each comes to us through a long history of performance. Each is in costume; the former two speak to us in pantomime and may be in white face. The clown may be sad or happy. Pierrot is rather the saddest figure because he has lost his love. The jester is associated with the royal courts and his allegiance is to his benefactor. 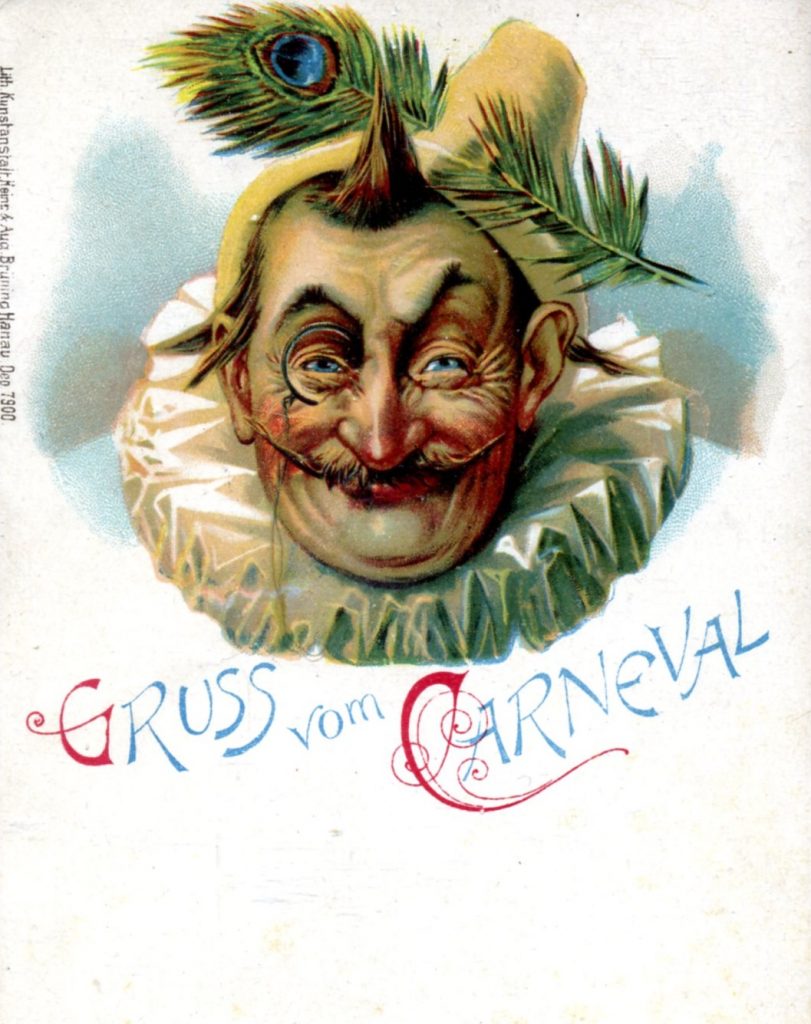 The clown is a comic performer with a long history in the entertainment arena and today is most closely associated with a circus. He or she is easily recognized and is rarely confused with his counterparts. Pierrot comes to us from the 17th century Italian stage performed in France (hence, his French name). His hat or skullcap varies, but he is usually seen with frilled collars. The jester or joker is a fool or buffoon noted for his joke telling and is always recognizable by his multi-pointed hat.

So, while these two cards are in my clown collection, I think of them as a non-committed Pierrot, one no longer pining away for his Columbine, a stock character in the Commedia dell’arte, the Harlequin’s mistress.

Both cards are early postcards, one for the German audience and one for the French, but both early chromolithographs and highly collectible.

interesting article. What a great idea to collect clowns! I have some fond memories of circuses where the clowns were my favorite

Hi! Ive a collection of clown and circus postcards id love someone to take a look at, its such specific matter i thought id never find the person for it!!