As we examine the work of Cecil S. Ashdown, we stand at the historical front door of Newfoundland and Labrador – the combined areas that form Canada’s eastern most province. Labrador was first settled in the last year of the 15th century by a Portuguese explorer named João Fernandes Lavrador, the culture is based on European precepts with a mix of Inuit culture and tradition. Newfoundland, the larger of the two parts of the province is an island in the Atlantic Ocean separated from Labrador by the Belle Isle Straight.

Without fear of being contradicted, it is easy to suggest that this Atlantic region of Canada is likely the most remote part of North America. As many other areas on the rim of the North Atlantic, Labrador’s and Newfoundland’s economy is based on industries that draw their existence from the sea.

Natives and others who made their way to Labrador had no illusion of an easy life. The daily routine would be troublesome at least. The weather, except for eight to ten weeks in what was called “high summer” would be challenging. Necessities would be rare and expensive. Shelter would be scarce. Medical care, non-existent.

And, so it went for nearly three centuries. Then in 1893 came Sir Wilfred Grenfell.

Grenfell was born in the Lakes District of England in 1865. His father, a clergyman and headmaster of a boys boarding house school, sent Wilfred to London in 1882 to study medicine under the watchful eye of Sir Frederick Treves (Yes, the same Dr. Treves who diagnosed and befriended Joseph Merrick, “The Elephant Man.”) He graduated with honors in 1888.

Four years later Dr. Grenfell developed what became a life-long association with the Royal National Mission to Deep Sea Fisherman. Based in Britain to minister to families of seamen the commonly called, Fisherman’s Mission acted as an example for the founding of Grenfell’s own mission in 1892. Grenfell himself drew the mission statement: “This foundation with all its resources shall provide medical and social services to people in rural communities of northern Newfoundland and Labrador.”

Later (1914) to become the International Grenfell Association, the reorganized foundation operated under a board of directors until 1981 when the local government took steps to provide universal health care to its citizens. Anywhere on the Coast

Cecil Ashdown was born in England, educated there but left for America, while still in his thirties. He became the controller of the National Cash Register Company in Dayton, Ohio. He was immediately recognized for his work by President Wilson and became one of America’s first “Dollar-a-Year” men. He served in the U. S. Navy Department at the Bureau of Supplies and Accounts.

In 1920 Ashdown joined the Remington Typewriter Company as a vice president and was instrumental in the 1927 merger of Remington and Rand. Some of us are old enough to remember the UNIVAC (Universal Automatic Computer) that made Remington-Rand a household name.

Ashdown retired – ostensibly for health reasons – in 1928 and moved to Hamilton, Bermuda. He lived there until his death on July 25, 1948.

Outside his career, Cecil Ashdown’s primary interest was in Sir Wilfred Grenfell’s mission in Labrador. His concern for the work being done along Canada’s Atlantic coast developed after his first visit in 1911. Soon after he became a director and as such took the responsibilities of managing the foundation fiscal affairs.

Something that has yet to be mentioned here is Cecil Ashdown’s artistic talent. He was a watercolor landscape and seascape artist of the highest calibre. In the little spare time he allowed himself after his move to Bermuda, he devoted it to painting. In 1946, two of his pictures were accepted by the American Watercolor Society and hung in the National Gallery. 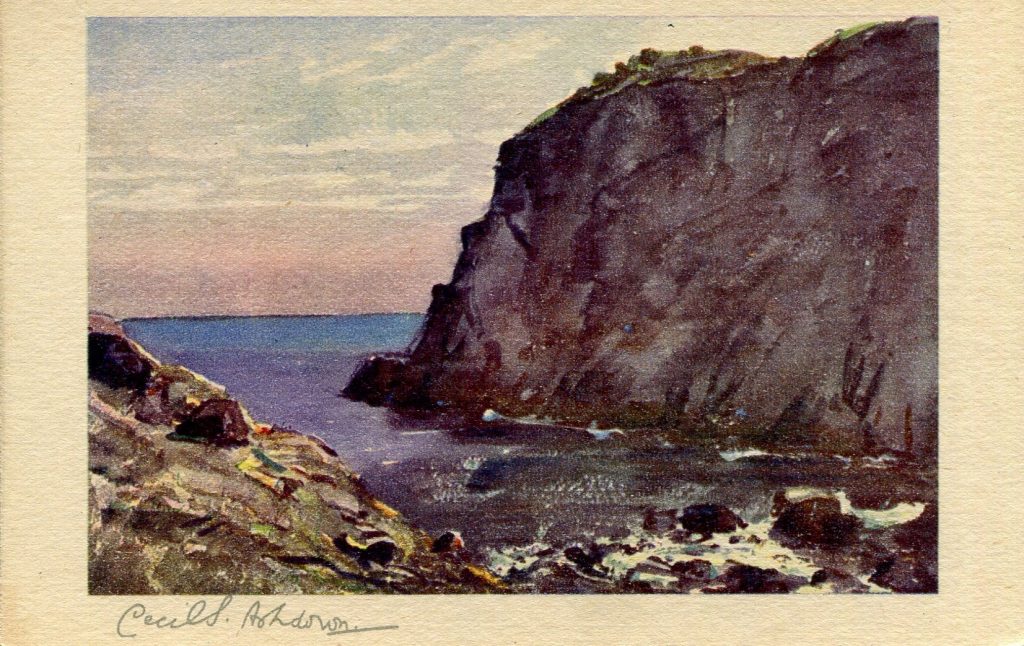 Anywhere off the Coast

Another interesting fact is Ashdown’s contribution to the money raising efforts of the Grenfell association. Each year, just before the holiday season, the Grenfell house publication Among the Deep Sea Fishers, advertised postcards and calendars that featured art and sketches by Ashdown for sale. Ashdown’s art gave the calendars and cards a souvenir style popularity. The sales brough millions to the coffers.

And, is there a company that you could name that published Ashdown’s postcards? 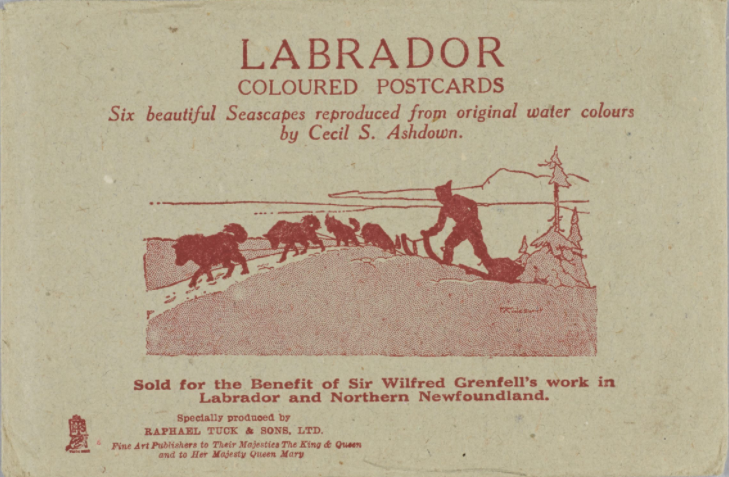 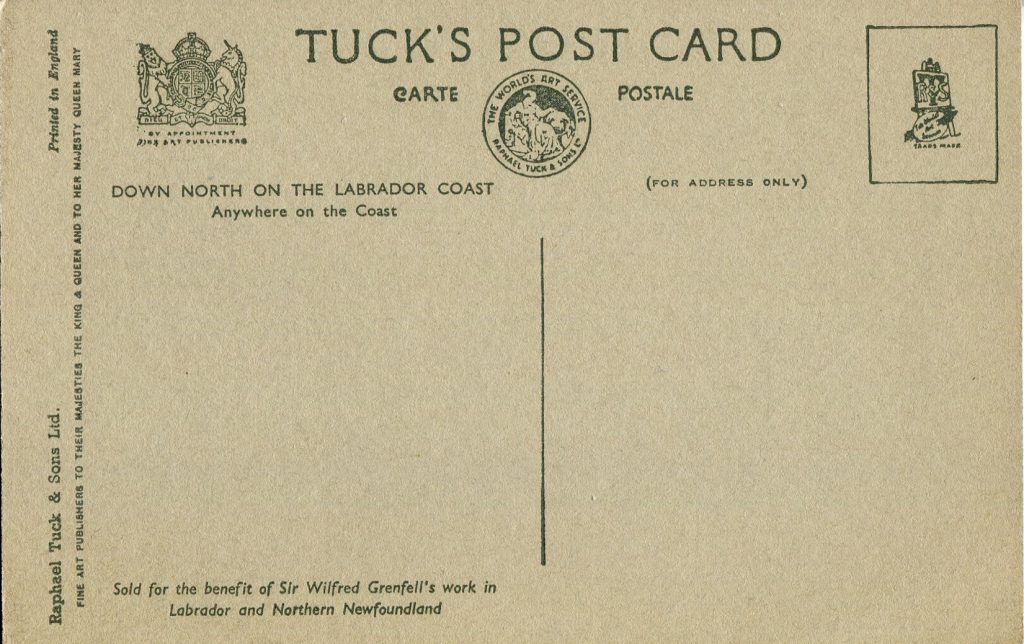 Grenfell and Ashdown both led interesting and varied lives!

The painting with the two cliffs titled “Anywhere off the Coast” is the cliffs of Conche.