Henri Selmer graduated from the Conservatoire de Paris, in 1885. After a successful but brief career in the Orchestre de Paris as a clarinet performer he deserted playing to do full-time research meant to improve his instrument. He began by making reeds and mouthpieces. 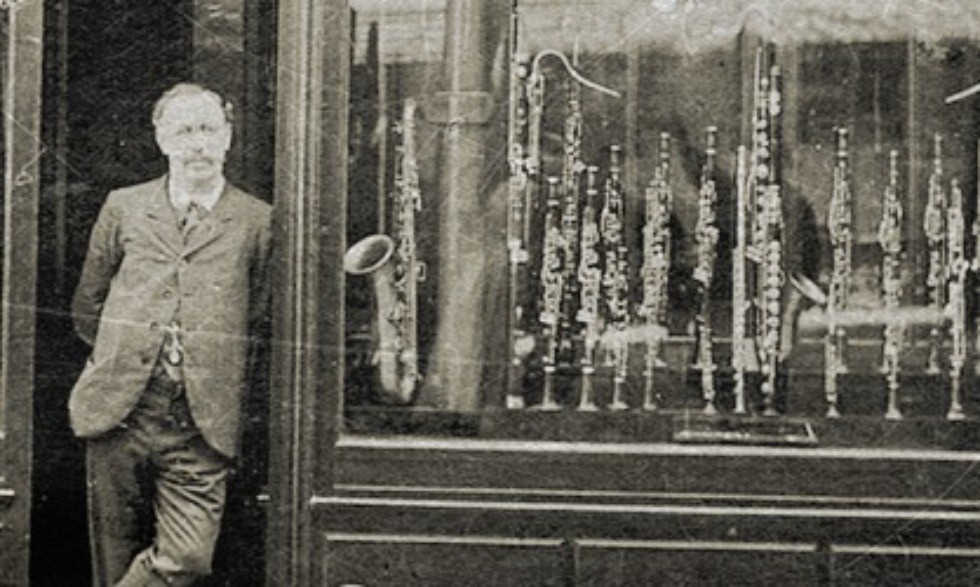 At the same time, Henri’s brother Alexandre left for the US to become principle clarinetist with the Boston Symphony Orchestra. [There are several amusing stories about Alexandre and his association with the Boston and Cincinnati orchestras and finally his years with the New York Philharmonic when Gustav Mahler was Music Director and Principle Conductor.]

While playing in New York, Alexandre returned to France for family visits. When he returned to New York for each new symphony season he would bring back several of his brother’s clarinets and began using them in the orchestra. Other players heard and played them, and the instruments created such a sensation that the Selmer’s were receiving orders from all across the United States and Canada. Demand far outweighed supply hence Alexandre was obliged to open a retail shop in New York City in hopes of satis­fying the demand for Selmer-made instruments. These instruments would gain in popularity in Europe and America, winning awards at the 1900 Paris Exhibition and at the 1904 St. Louis World’s Fair.

Success is always a welcome visitor and Henri Selmer was always the perfect host. In 1905, Henri took over the Barbier Company, a flute maker in Paris and from 1910 to 1920 he extended his production to the entire woodwind family of instruments: clarinets, bassoons, and oboes. And later saxophones and guitars were added through a new partnership with Mario Maccaferri. The Selmer brand continued to grow and by the end of World War I Selmer had representative instruments in more than 100 symphony orchestras world-wide.

Through the war years (1914-1918) Selmer managed to maintain its reputation for manufacturing excellence and performance quality, both being soundly based on research and development seldom seen in similar industries.

He was replaced at the head of the firm by his son Maurice who had, for some time, been taking on more and more management responsibilities. The war years were, of course very difficult, few raw materials, exporting was almost impossible, and there were many other problems. The company was almost put into “hibernation” and temporary methods had to be adopted, even to the extent that they manufactured bicycle pumps in place of flutes – just to keep a cash flow!

After the war Maurice Selmer revived the firm and hired enough craftsmen to reestablish production of a complete range of instruments.

Today, H. Selmer-Paris is a leading manufacturer of choice instruments used by music professionals around the world. The instruments continue to be hand-crafted in Paris with the fourth generation of Selmer family members leading the company. H. Selmer-Paris has reached the 21st century with a world-wide reputation and continues to exhibit itself as one of the French companies that has successfully integrated tradition with new technology.

After 130 years in business, H. Selmer-Paris is still independent and the exclusive property of its founding family.

When the postcard above was found at a postcard show in Parsippany, New Jersey, in the fall of 2008, it was purchased simply because it was an interesting card. It was not an easy lesson learning about Mr. Selmer, but the research turned this unusual real-photo into a super-find. Coincidentally the same photograph of Henri Selmer is used on the company’s website homepage.

Since my father is a retired clarinet and sax man who taught music in schools, I recognized the Selmer name immediately.