In the last two decades of the 19th century and well into the 1930s, the best route to Florida was by sea on a ship operated by the Clyde Steamship Company. Clyde was a transportation line connecting New York City with several ports in Florida, but primarily Jacksonville.

William “Bill” Clyde founded the company in 1874. By 1882 the Clyde Line had standard and scheduled routes twice weekly to Jacksonville, Florida with a port-of-call at Charleston, South Carolina. By 1902 the sailings increased to three times each week. 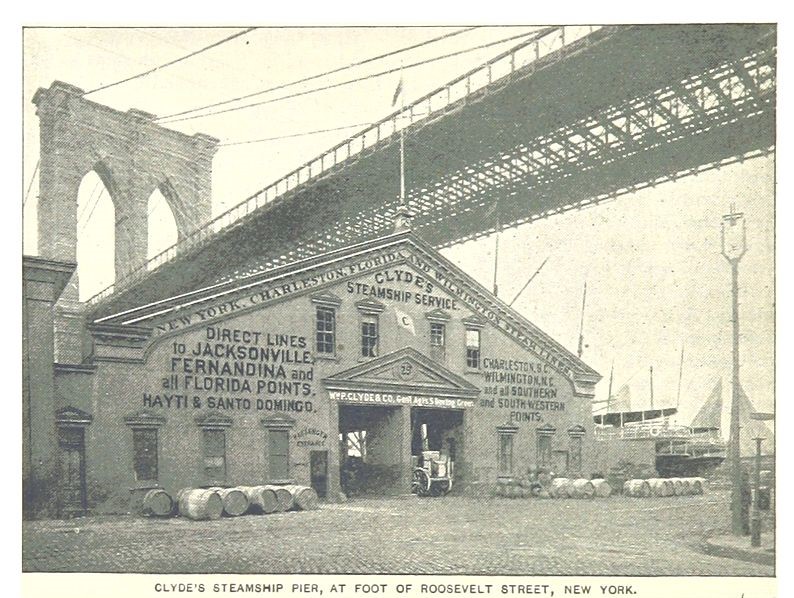 Clyde had an affinity to name his ships after Native American tribes: Apache, Mohawk, Lenape, Huron, Arapahoe, and Comanche. This story will focus on the S. S. Comanche.

It was 95 years ago this month when the S.S. Comanche, in waters over six miles east of Jacksonville, Florida burned. The following account was presented through the Associated Press by the Cornell Daily Sun to the citizens of Ithaca, New York.

ONLY ONE MAN MISSING FROM FIRE-RAKED
S.S. Comanche 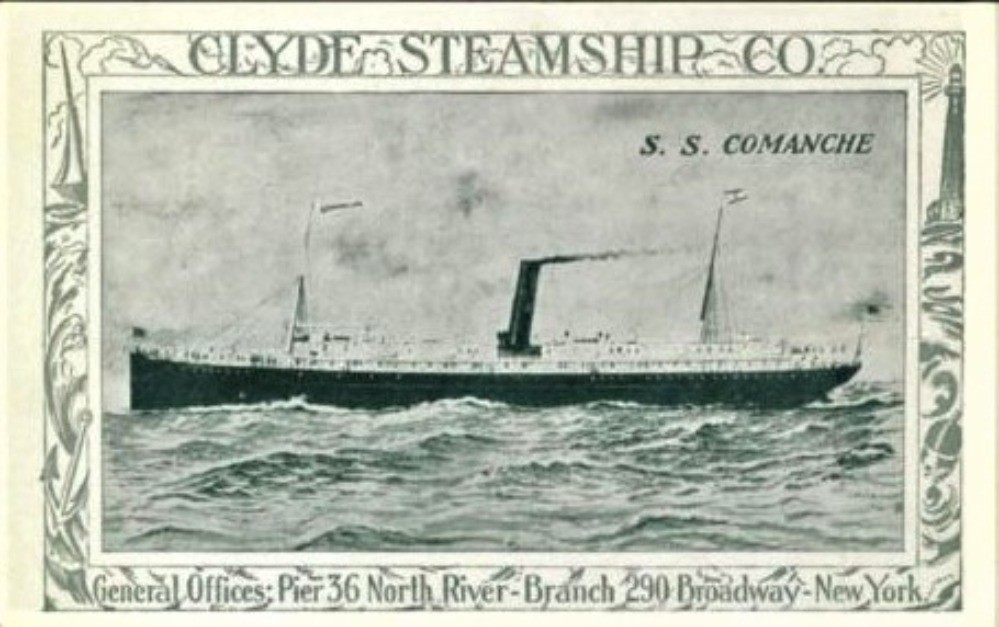 Beginning in Consignment of Rosin
Blaze Spreads Rapidly to Decks

Jacksonville, Fla., Oct. 18. [1925] — All but one of the passengers and crew of the Clyde line steamship Comanche, which was destroyed by fire six and a half miles off Mayport, early last night, have been accounted for. The missing man is William Loweler, of Winthrop, Mass., a first class passenger. There are only three now in hospitals. Some of the Comanche’s passengers were brought in private automobiles to Jacksonville, making the work of checking the list difficult. The check was continued this afternoon with the hope that the missing person would be located. Eight persons were injured, most of them during the transfer of the passengers to the Reaper, a Texas Oil tanker, which proceeded to the assistance of the Comanche.

The origin of the fire remains a mystery. The Comanche left Jacksonville at 4 o’clock yesterday with a passenger list of 73 and a general cargo. She carried a crew of 82 men. The fire broke out in a consignment of rosin in forward hold No. 2, shortly before 7 o’clock. It spread rapidly through the forward holds and the ship sent out SOS calls for assistance soon after the forward deck began to blaze.

The Reaper responded to the call and by 8 o’clock the passengers were being transferred. Twenty minutes after Captain B. E. Curry followed the last load of passengers and his crew over the Comanche’s side, the superstructure burst into flames which were visible for miles. The flames from the forward deck lighted the sea for rescue work. The pilot boat Meta from Mayport, also went to the Comanche’s assistance.

The Comanche with the exception of the steel hull, which was badly warped by the fire, is considered a complete loss.

I noticed the “Hayti” spelling of the Caribbean country’s name in the photo.