Listen, my children, and you shall hear
Of the midnight ride of Paul Revere,
On the eighteenth of April, in Seventy-five;
Hardly a man is now alive
Who remembers that famous day and year.

Thus begins one of America’s most famous poems. Henry Wadsworth Longfellow penned these words in 1860 (85 years after the event it recounts) to commemorate the heroic actions of a well-known Boston silversmith and patriot name Paul Revere.

Revere was born on New Year’s Day 1735 in the North End section of Boston, Massachusetts, the oldest of th 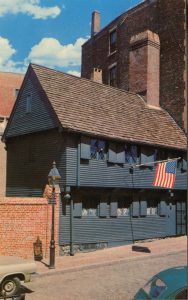 e city’s residential neighborhoods. Revere’s father, Apollos Rivoire arrived in Boston in 1715 and was apprenticed to a silversmith – John Coney.

Apollos and his wife had twelve children, Paul was the third and the eldest survivor of the twelve. Revere’s father died when he was 19. Paul was considered too young to accept the responsibilities of the family business and consequently enlisted in a provincial artillery regiment for the purpose of obtaining a steady income. He was commissioned a second lieutenant but did not stay long with the military. He returned to Boston and assumed the family business in 1757.

In mid-summer of 1757, Paul married Sarah Orne (1736–1773). He and Sarah had eight children (a son, Paul, Jr. and seven daughters) but two died young. The next 16 years for Paul and Sarah were routine. In those years they took possession of a property that was already a hundred years old (built in 1660) that became known as the Revere House. It is located at 19 North Square, Boston, and it later became the oldest framed building in Boston. 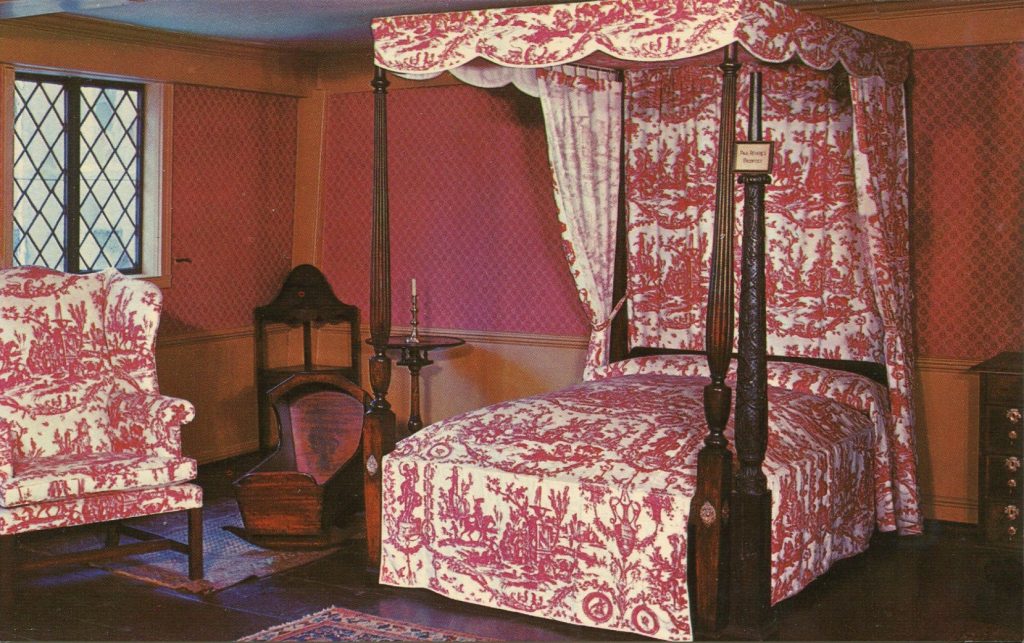 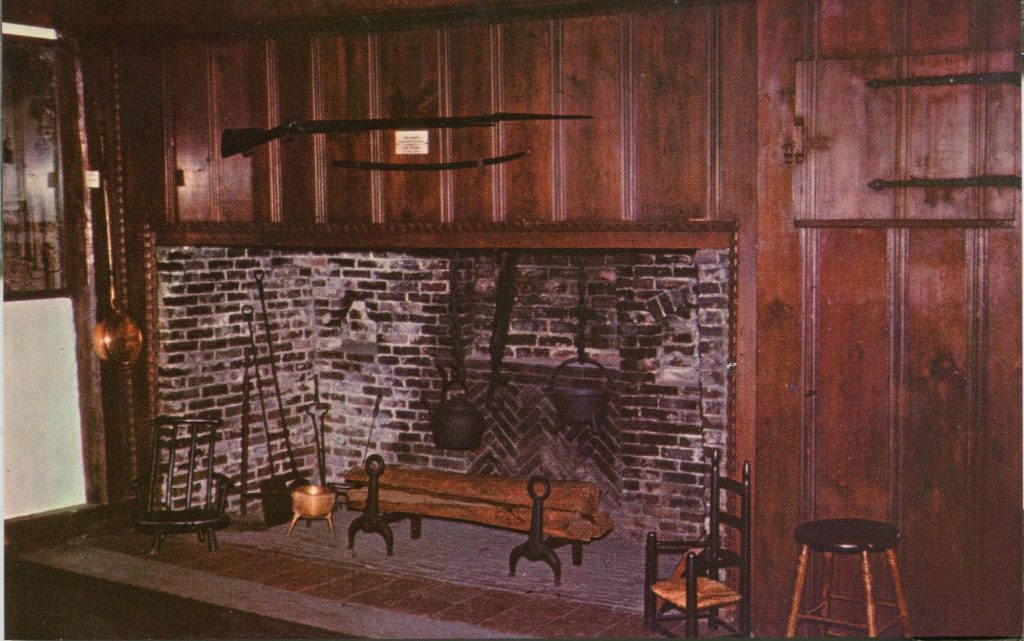 Revere’s personal life changed drastically in 1773 when his wife Sarah (Paul called her “Sary”) died at age 37. Sarah’s death occurred on May 3, just four and a half months after the birth of their last daughter Isanna. Isanna in turn died the following September, becoming the second of their children to pass before reaching adulthood.

Revere was left a widower with six children. The gossip mongers of the era were harsh and merciless in calling it a marriage of convenience, but on October 10, just three weeks after the death of his youngest daughter, Paul married Rachel Walker (1745–1813). With his second wife another eight children were born.

Paul’s name appears in association with several historic events, not the least of which was the aptly named Boston Tea Party when Paul and his patriot friends dumped tea from the cargo holds of three British ships into the Boston harbor on December 16, 1773.

There after the calendar turns to April 1775. Revere watched from the Charlestown shore for lights to appear in the tower of the Old North Church. When he saw two lanterns, he mounted his horse and rode from his home to Medford by midnight, then to Lexington by one o’clock and on to Concord at two. His goal that night being to warn his fellow patriots that the British army was about to lay siege to Middlesex County and the colonial communities of Medford, Concord, Lexington, and likely others.

The most celebrated depiction of that midnight ride is a painting by William Robinson Leigh, thought to have been accomplished circa 1917. It is seen here on a postcard published by 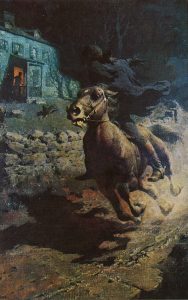 Bromley and Company of Boston.

Leigh was born in West Virginia, late in September of 1866. He was an American artist and illustrator who was known for his paintings of western scenes. There was that but he did so much more. He had little formal education but the time he spent at the Maryland College of Art in Baltimore (starting at age 14) and the Royal Academy of Art in Munich, validated his career as a history artist. After twelve years abroad, Leigh returned to America and opened a studio in New York.

Around 1906 he traveled extensively in the American west and in addition to making paintings, he accumulated sketches (studies of future paintings) which he used as inspiration far into the next decade. In 1926, he repeated his artistic travel excursions in Africa at the invitation of Carl Akeley, a pioneer taxidermist from the American Museum of Natural History in New York.

Revere’s life is amply documented. So, if all you know about him is what you learned from Longfellow’s poem, it is time to find either of these two biographies. I recommend, Paul Revere and the World He Lived In. This is an earthy account of the life and times of Revere, written by Esther Louise Forbes. Forbes was a much respected novelist, nevertheless in 1942 she broke from her fiction and delivered this biography of Revere. In 1943 this book won the Pulitzer Prize for History and later that year Forbes received an honorary Doctor of Letters degree from Clark University. 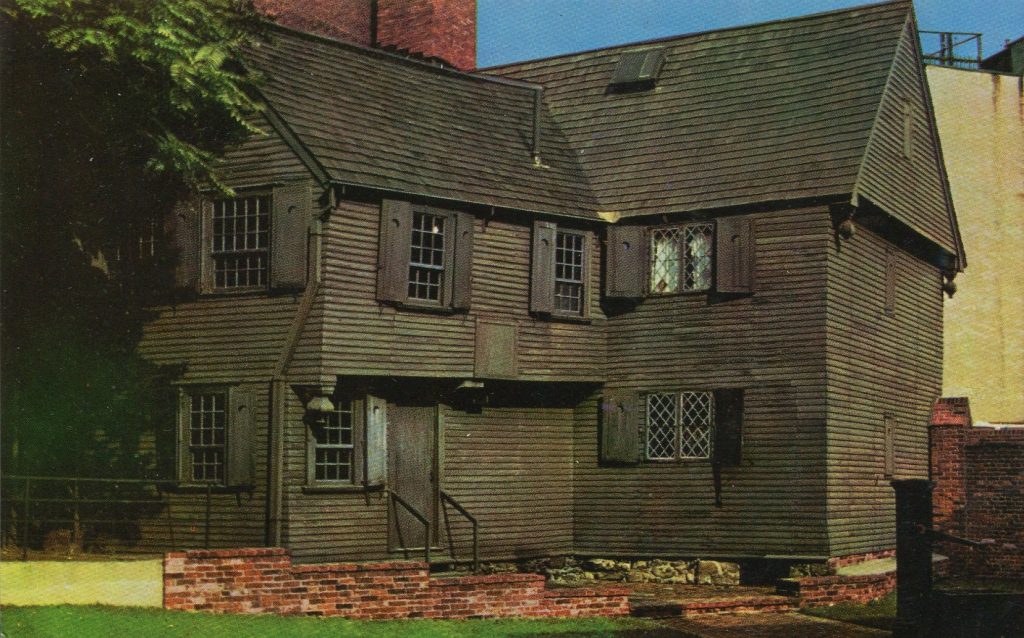 Another highly respected title is The Revolutionary Paul Revere. It is a deeply researched documentary of the happenings of April 18, 1775. Written by Joel J. Miller, an elegant storyteller and expert historian. Miller’s book looks into a legendary life and reveals the truth about the various roles Revere played in the American Revolution and his work as a Son of Liberty. It is literally history relived.

After the war Revere re-imagined his life and developed industrial concerns that included the manufacturing of rolled copper products, church bells, and cannon. Additionally, he stayed active in political affairs, especially economic issues that involved protective tariffs until his death on May 10, 1818.

Paul Revere is buried in the cemetery on Tremont Street behind the Boston Athenaeum.

Ellie McCrackin is a pen-name used by one of America's foremost archivists. Preferring to remain in the background, Ellie ghost writes for some of the leading world historians. She loves postcards and loves to write about the stories they tell.
PrevPreviousThe Old Redhead, the Indomitable Arthur Godfrey
NextA Game People PlayNext
2 Comments
Oldest
Newest Most Voted
Inline Feedbacks
View all comments
Bob Kozak

I’ve long known of the writer Sarah Orne Jewett, but never realized she was apparently named after Paul Revere’s wife.

Glad to have the suggestions for further Revere study.