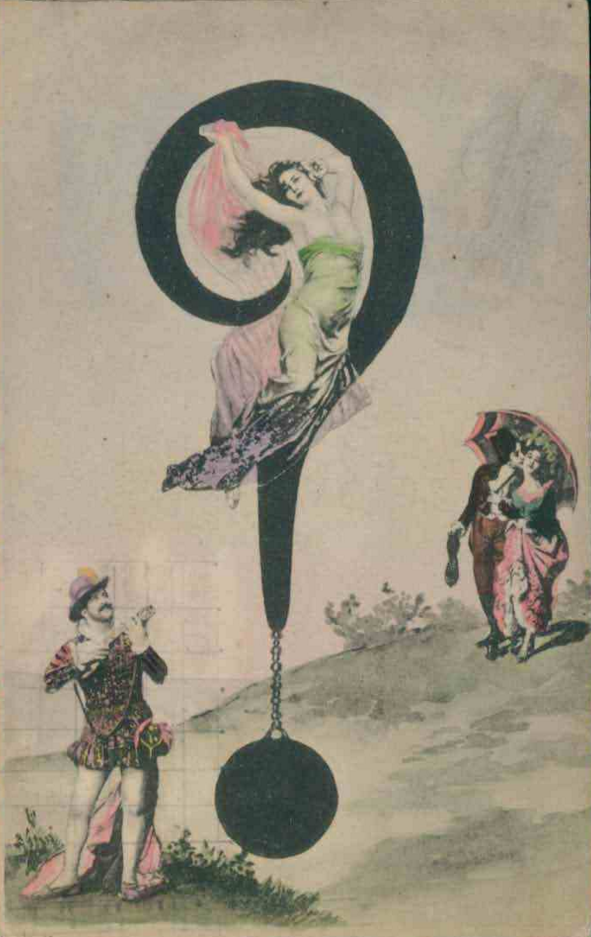 A favorite question asked on TV trivia programs is, “How many punctuation marks are used in English?” I’ve heard this question on Jeopardy (a long time ago), Do You Want to be a Millionaire (a couple years ago), and most recently (last week) on The Weakest Link, where they ask the contestants, “Whose brain is on hold with Tech-Support?”

Wow! The sentence above is likely the most punctuated sentence I have ever typed.

I’m not going to bother you with an outline of proper usages for each mark, but I will tell you that after 25+ years of editing, writing, and rewriting, that the most common errors among writers in the English language are not with spelling or grammar, the errors come when the proper use of punctuation is ignored, forgotten, or most frequently never learned properly back in 8th, 9th, or 10th grade.

Postcards with punctuation marks are scarce, maybe even rare, but at a postcard fair in the United Kingdom some years back, I found this set and simply could not resist its purchase. They are old and dirty and only in fair condition, but they will work well as space-savers until better ones appear. 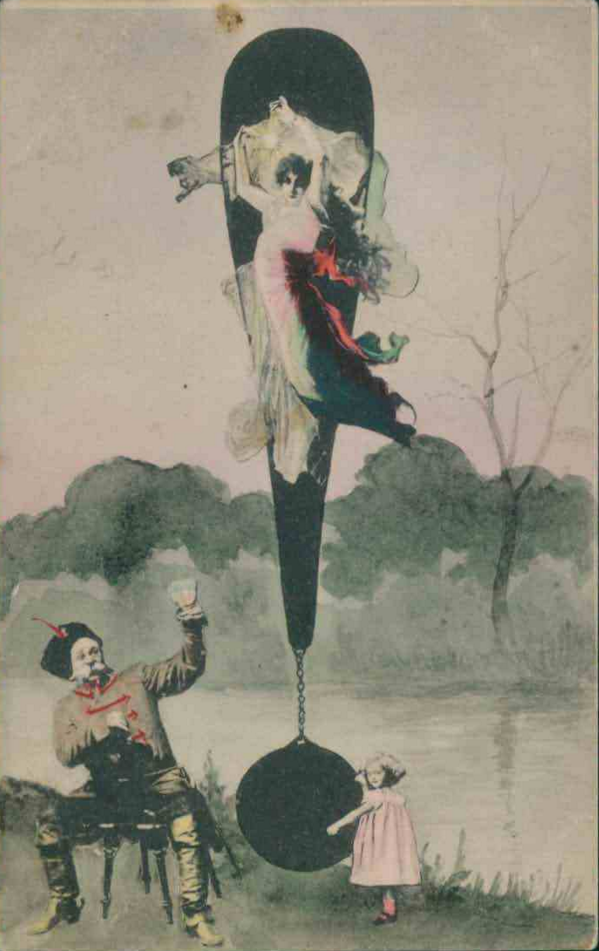 The allegorical character illustrations on these cards are borrowed from several artistic masterworks, some of which you probably recognize. Published in Poland by Wierbicki, date unknown, cards with a hyphen and an ellipsis are also included. 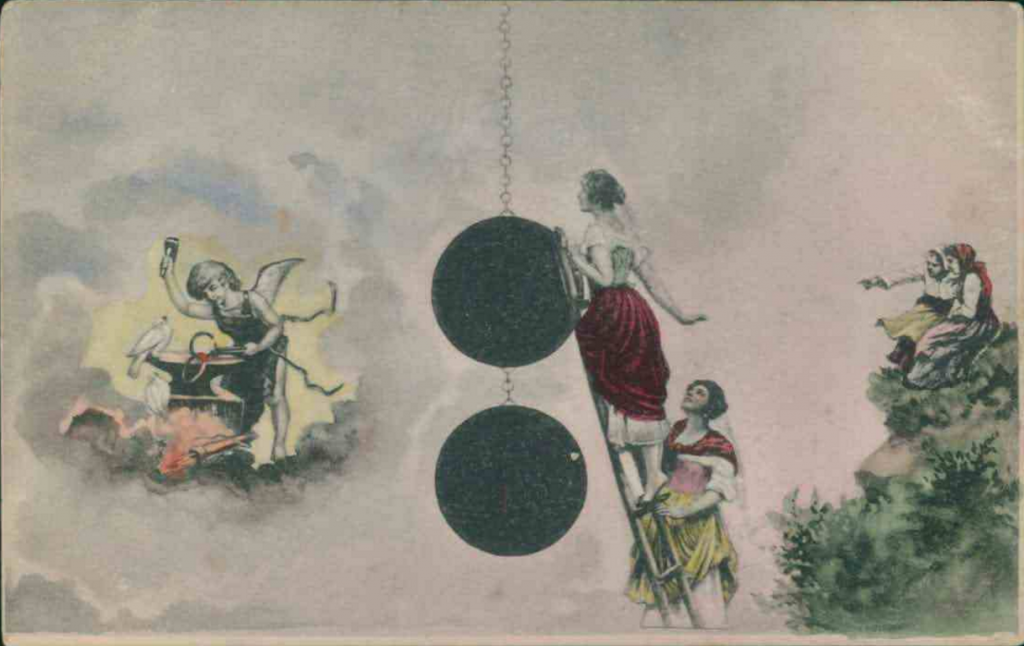 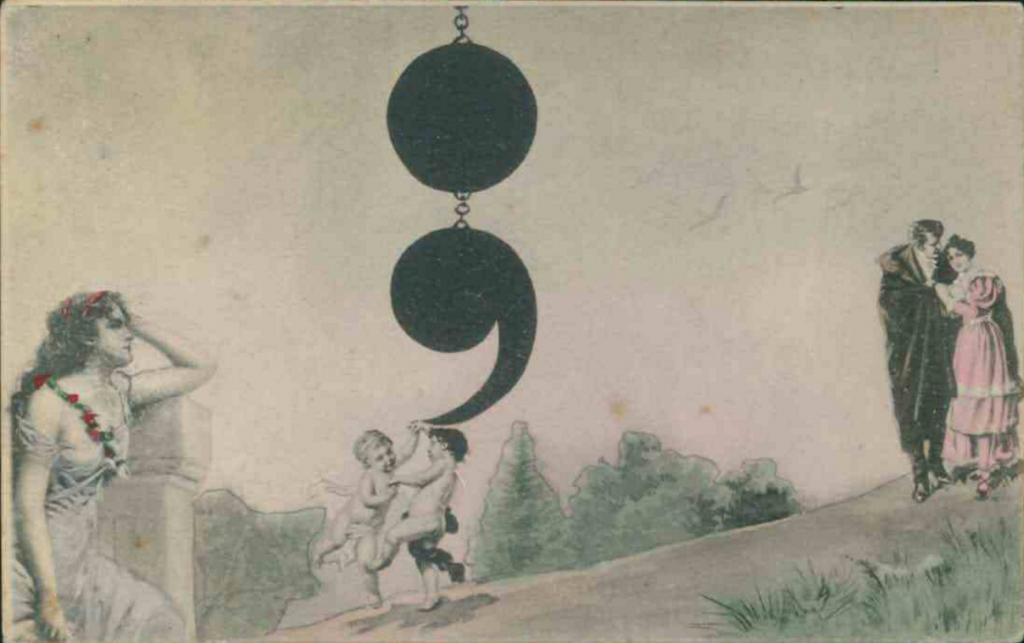 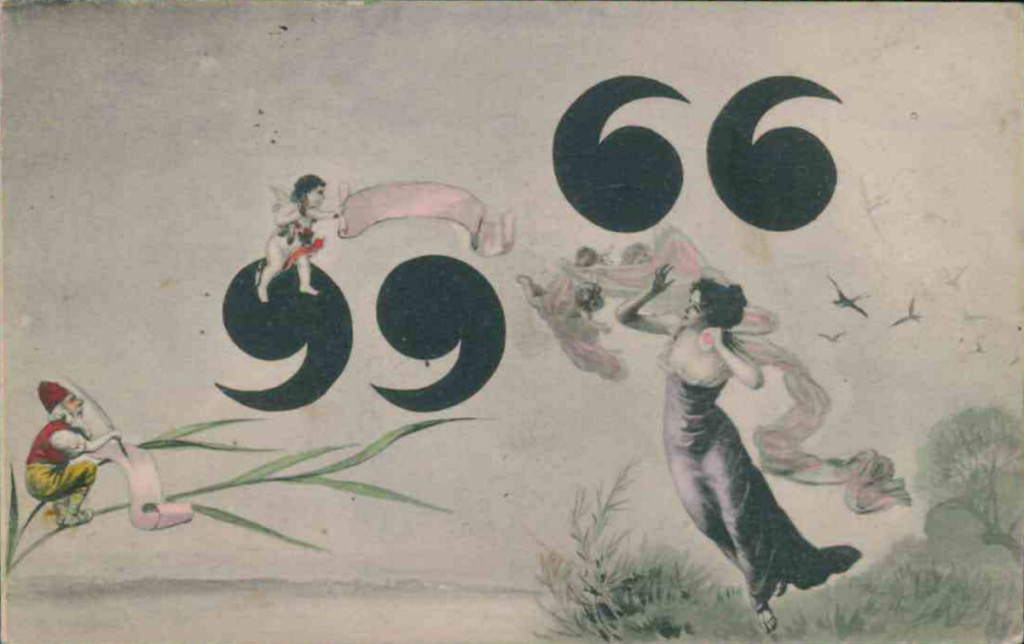 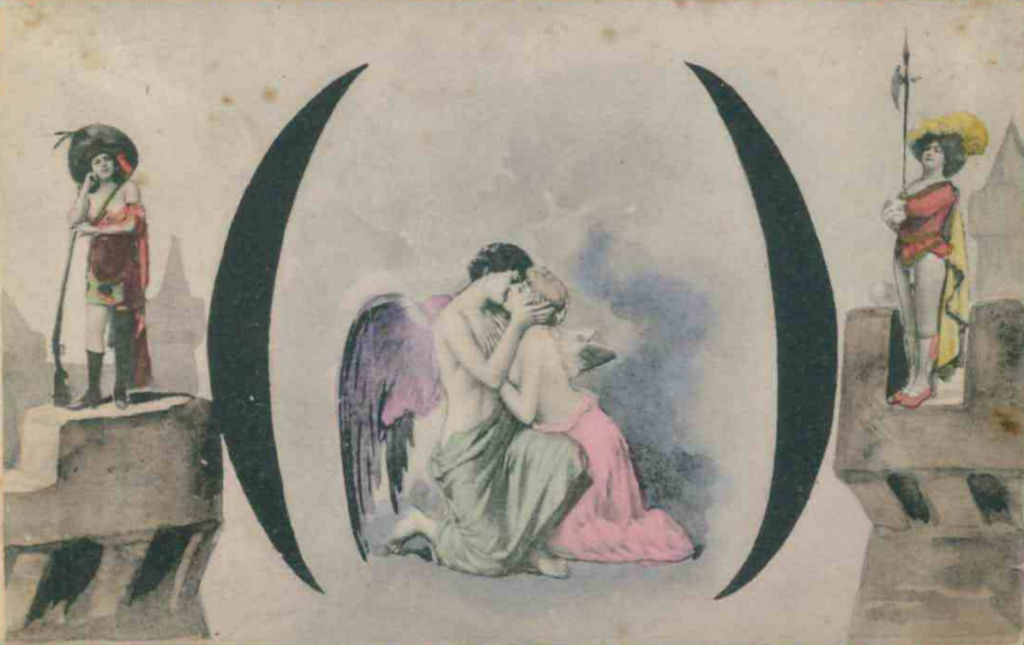 The Strange Case of Apostrophe Eradication

Do you wonder why places named after people don’t have apostrophes? 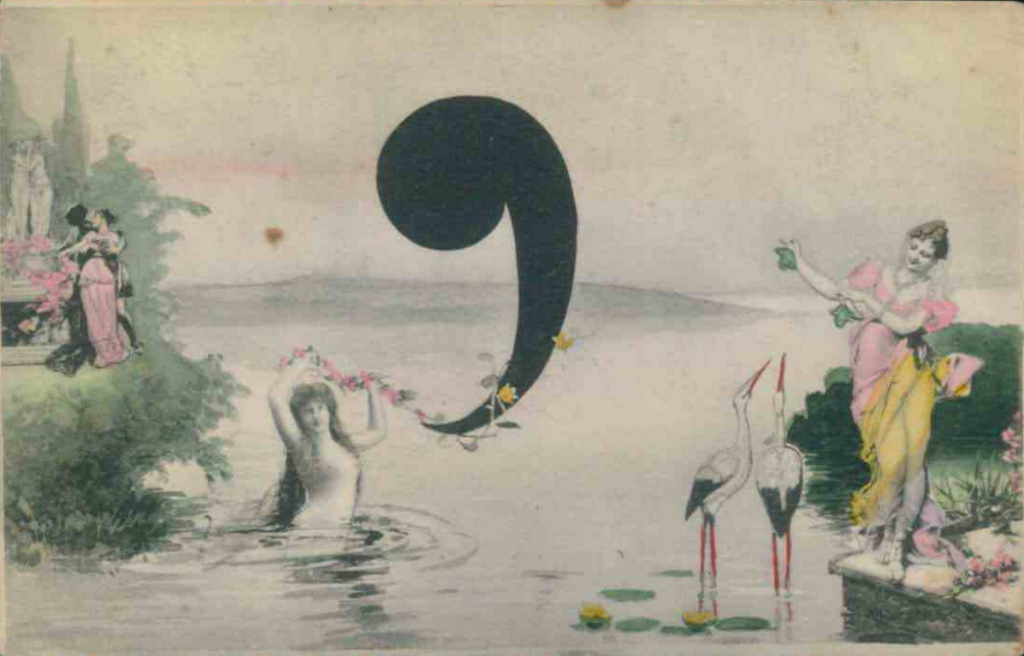 There are a few exceptions, e.g., Martha’s Vineyard, but generally, places like Harpers Ferry, Pikes Peak, Snedens Landing, Ste. Catherines Court and St. Marks Place have had their apostrophes eradicated by none other than the United States government.

It all started in 1890 when President Benjamin Harrison signed legislation creating the U. S. Board of Geographic Names (BGN) to be part of the Department of the Interior. The saga continued in 1904 when President Teddy Roosevelt instructed the BGN to begin standardizing place names.

Under Roosevelt’s direction the board determined “that a word or words that form a geographic name(s)” needed to be changed by official government policy. That policy was “the need to imply possession or association no longer exists.”

This sentence is the implicative part of the law, “The decisions of the Board are to be accepted … as the standard authority for such matters.”

As for Martha’s Vineyard, in 1933 the townsfolk of Edgartown went through a very complicated legislative process to have its apostrophe restored. It is one of only five such place names in the country to retain its apostrophe.

Other cases involved spellings. Pittsburgh (PA) refused to change its name, but among others Ferrisburgh (VT) was forced to drop their “h.” One resident once told me that the Post Office knocked the “h” out of Ferrisburgh, but they got their “h” back in the 1990s.

In many cases the BGN defers federal name use to comply with local usage, but there are a few exceptions. For example, in rare cases where a locally used name is offensive, the BGN may decide against adoption of the local name for federal use.

I guess that is why Devil’s A**hole, Arizona, doesn’t have its own post office. 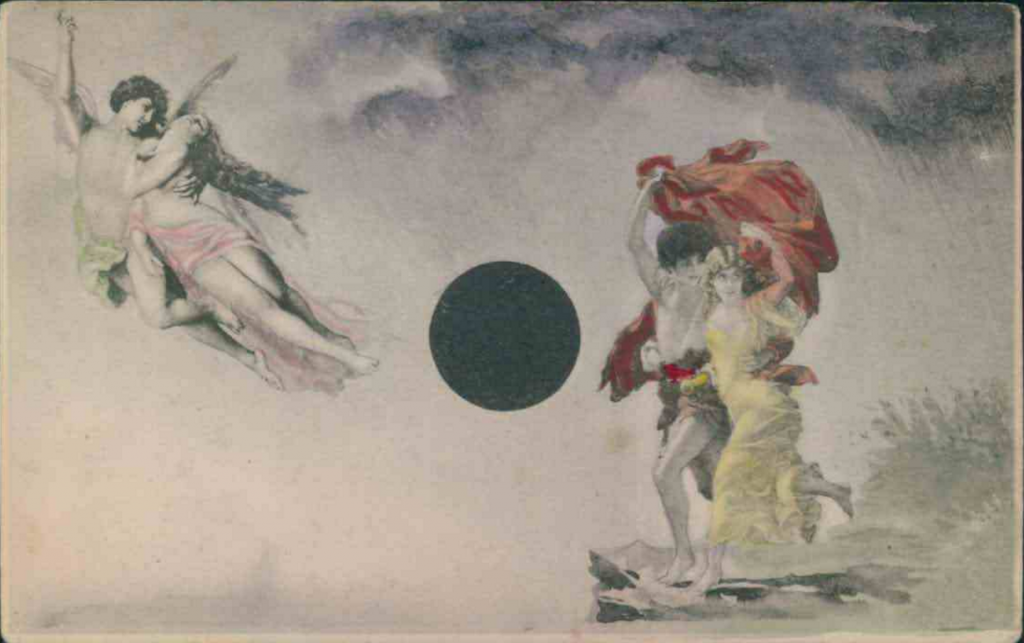 this is way cool!

Very interesting. In 1986, the city council of Hamilton, Ohio, added an exclamation point to its name to increase publicity and aid in revitalization. They tried to get the BGN to recognize the change but the BGN didn’t buy it. Neither did Rand-McNally. So slow it quit being used.