I want to invite each and every one of you to meet us on Reynolds Square, in Savannah, Georgia after the Covid-19 crisis. Right across Abercorn Street – on the northwest corner is a 18th century colonial home, once known as the Habersham House. Let’s say eight o’clock under the portico. 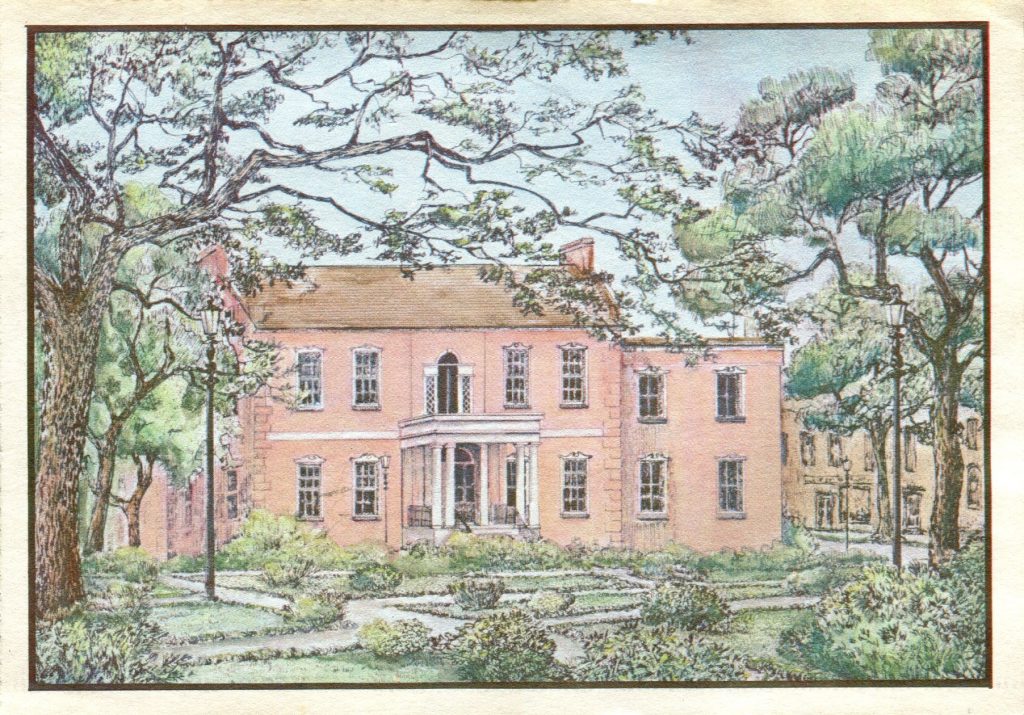 It has been a few years ago, but I was there on a cold winter night about a dozen years ago for a dinner that still lingers in memory. I think it was the week after Christmas and it was dark early. We were ushered to a table by the window on the second floor and before all else we were sipping on a mulled cider that would have made a bishop cry. My wife and I ordered the extra-thick pork chops with red skin potatoes and apple sauce. Every time a thought of that meal crosses a crevasse in my brain my taste-buds begin to spin.

Habersham House was built in 1789 by James Habersham. He was Savannah’s most prominent plantation owner. He had some other dubious pursuits but in view of the current climate these business dealings will remain unstated. The lot was originally a land grant from King George to the Habershams. James lived there until his death in 1799. The house survived the Savannah fire of 1796 and so did the inhabitants.

The Habershams left the property nearly a decade later. In 1812, the building became the first bank in Georgia – the Planters Bank. The portico was added shortly after and an extension was added on the north side.

Like so many other places in the south Savannah was heavily damage during the Civil War and time was the only currency left to those who needed banking. James was often ascribed the characterization of being “a gentleman that is not overly fond of business.” He did not mind his neighbors’ opinions. 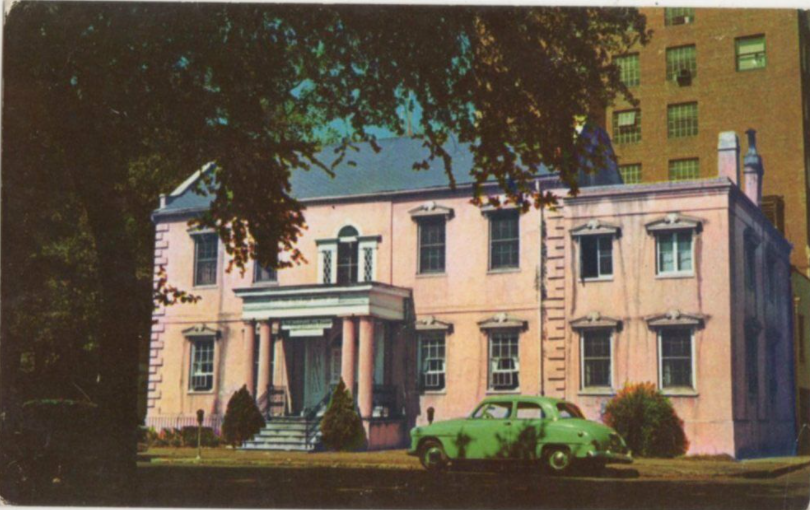 The house changed hands several times in the post war years. In the 1900s it served at least two attorneys as office space and after then was a bookstore. Alida Harper Fowlkes bought the house in 1930 and operated it as a Georgian Tea Room until 1943.

A thorough restoration was undertaken in the mid-1950s and then in 1971, new owners McCallar and Keith opened the Olde Pink House Restaurant & Planters Tavern. 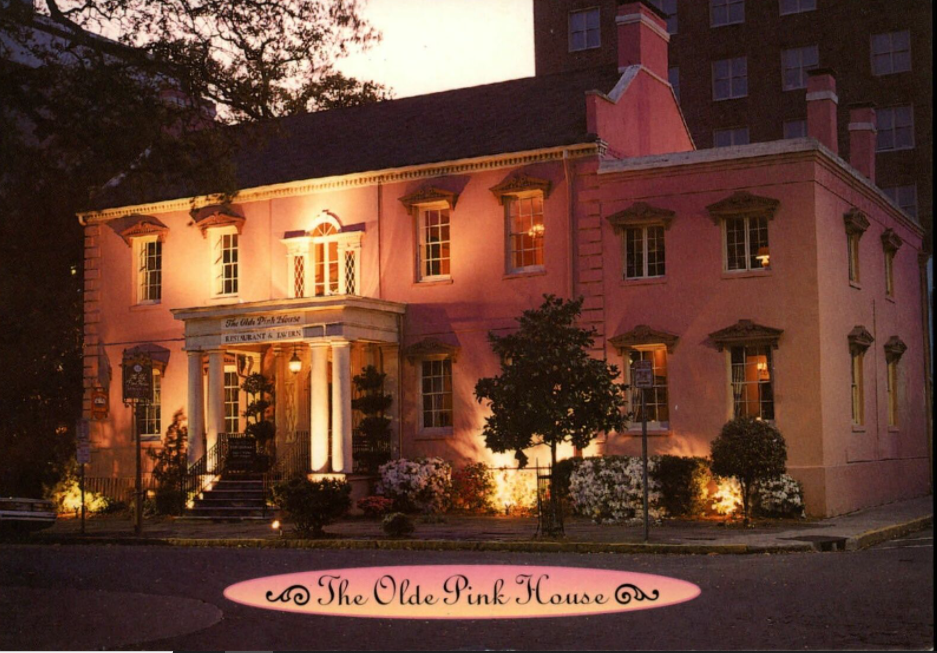 If you’re so inclined, we can walk down to Leopold’s Ice Cream for dessert. They have been dipping their creamy delights since 1919. 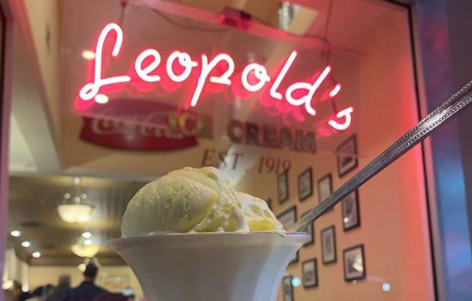 Savannah is a favorite of mine. Count me in for ice cream at Leopold’s.

I wonder if Daisy Abercorn, a singer I follow on Facebook, is a descendant of the Abercorn the street is named after. I’ll have to ask my friend who was recently in Savannah if she stopped in at the Old Pink House or Leopold’s.

An interesting look inside @
https://g.co/kgs/ZwPLPX

The old Pink House over at Downtown Savannah Ga is one of my favorites! Got to know about it in 2018 from https://www.visitsavannah.com/article/why-the-olde-pink-house-pink and I’ve been coming back there every year to eat since then! I highly recommend the place for first time visitors!