Sharing the Morning News via Postcards

“This is where Thaw has got to make his home,” so reads the inscription by “J” on this postcard from Matteawan, New York, dated August 16, 1909. 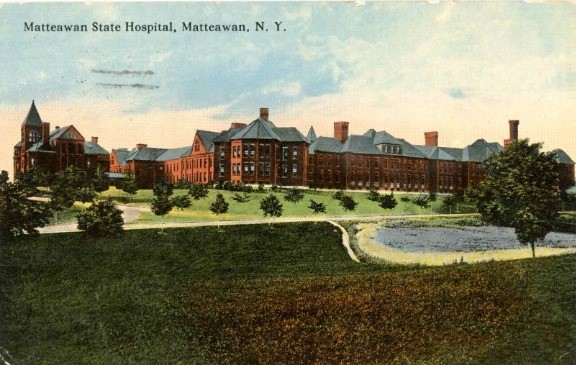 Sensationalist reporting of Thaw’s murder trial created an emotional pull and fevered interest throughout the country.  “J” was no exception … and reported this latest news to a friend in Connecticut.

Thaw maintained a long-standing vendetta against White. He believed that White blocked his access to the New York social elite and had prior sexual relations with his wife Evelyn Nesbit.

Thaw was tried twice. Both times found not guilty on the grounds of insanity, and both times committed to the Matteawan State Hospital for the Criminally Insane. [Editor’s note: double jeopardy did not apply. The first trial ended with a hung jury.]

Privileges were granted by the court that allowed Thaw a private bedroom there, a late curfew, access to smoking and “dentist visits.” His wealthy mother arranged comfortable furnishings and provisions.

Under the guise of “going to the dentist,” Thaw would leave the asylum under the care of an attendant and stroll through town. Upon passing, local residents would bow to Thaw in greeting. Thaw visited Van Tines on a number of occasions and purchased books, magazines, newspapers, and the latest musical selections. It is possible that he bought postcards there as well.

Harry Van Tine was proficient and extremely productive with his camera, photographing over 220 scenes of Beacon and nearby towns, printing them as postcards and distributing them at the store. The Matteawan State Hospital postcard is an example of his work. 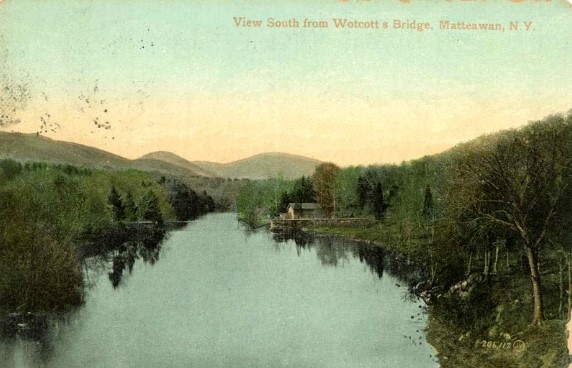 A Harry Van Tine postcard, circa 1915 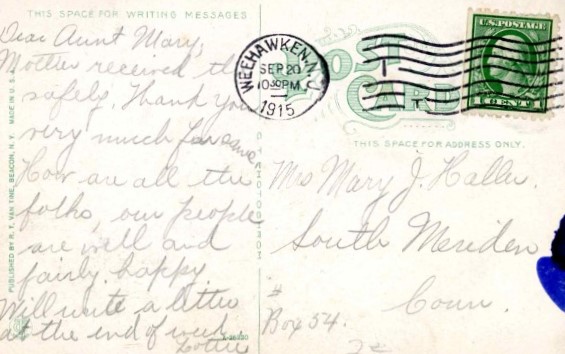 Thaw’s plea of insanity prevented him from going to death row, as was the New York State statute of the time.

It was noted at the time in two editorials that bribery, public opinion, and the discrediting of medical professionals led to a “scandal upon justice, for which in time justice will pay dearly. It has become a settled prejudice of the public that a man of wealth can have his own way with the courts.”[1]

“It has been freely declared that Thaw would win his freedom where a poor man guilty of his crime would have paid the penalty long ago.”[2]

The estimated cost of counsel, proceedings, luxuries while incarcerated was about $800,000 (approximately $22 million today).[3]

Diane Lapis co-authored Cocktails Across America: A Postcard View of Cocktail Culture in the 1930s, ‘40s, and ‘50s with Anne Peck-Davis. Diane serves as president of the Beacon Historical Society in Beacon, New York and enjoys researching and writing about history through the lens of postcards.
PrevPreviousWho Killed Stanny White?
NextOn the Line: The Canada-U.S. Boundary in PostcardsNext
1 Comment
Oldest
Newest Most Voted
Inline Feedbacks
View all comments
Bob Kozak

Interesting companion piece to the “Who Killed Stanny White?” article.