Every first-time air passenger to Gibraltar is astonished by the fact that the airport is in the city. Sorry I have no postcard to show you, but there is a Google Maps image that will illustrate the phenomenon. It’s the only place I know where motorcar traffic must wait for a landing airplane. 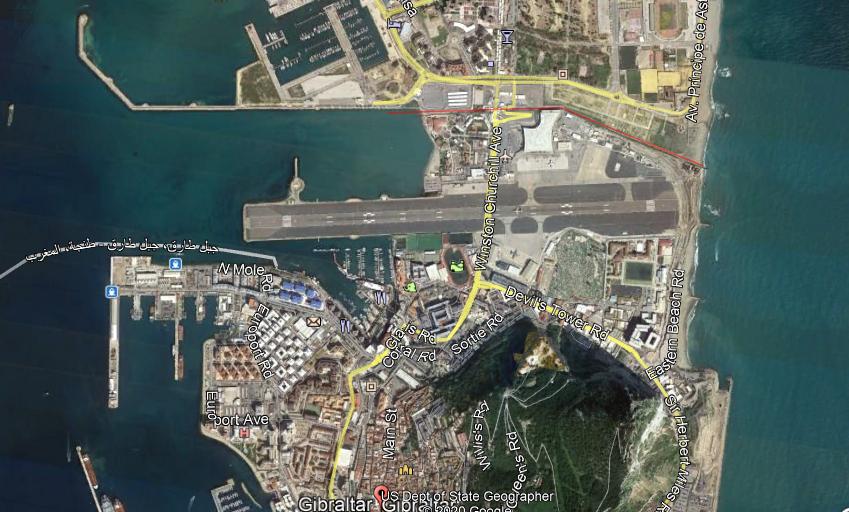 Examine this photograph to find that Winston Churchill Avenue
crosses the only runway in the Gibraltar International Airport.

Since passenger movement at airports is now accomplished with electronic scans of passport barcodes it is much less frequent, but experienced travelers will remember when a stop in Gibraltar would earn you a United Kingdom passport visa.

There is a simple explanation. Gibraltar is a British Overseas Territory that the Spanish ceded to the British in 1713 as reparations demanded in the Treaty of Utrecht. But alas, I digress, shall we move to the pleasant little spot on Main Street to see the St. Jago Arch?

The Arch of Saint Jago is entirely of sandstone and dates to the 1550s. It was carved by Moors who created the design based on internal tradition. The arch was pieced into a wall of the Our Lady of the Rosary Church. Its primary purpose was to serve as a gate for the military barracks and the St. Jago Cemetery. Today as you stand to face the arch all else beyond the fluted columns is new – comparably.

It is, from my perspective, among the most utilitarian yet simplistically beautiful arches in Spain.

Nothing captures history better than a silent sentinel. 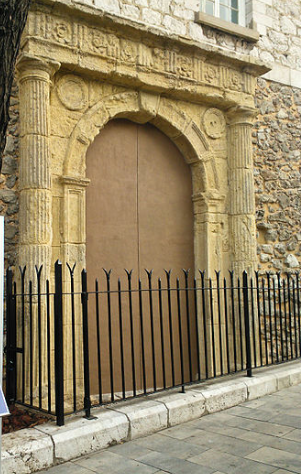 Nearly 700 miles northeast, along the Spanish coast highway (with the Mediterranean Sea) through cities with familiar names like Malaga, Granada, Cartagena, and Valencia we arrive in Barcelona after seeing some of the most beautiful countryside in Europe.

In Barcelona, a park by the sea front is dedicated to Joan Fiveller. He, yes Joan in the Catalan tongue is a man’s name loosely translated to John or Johann.

Fiveller belonged to a prominent family of local politicians – namely the body of supervisors known as the councilors. No other group had as much influence during the Middle Ages, to the extent that it was The Councilors who initiated the Caspian Compromise, the commitment of nine members of the three ruling families who determined how the Spanish throne would be occupied.

The politics of the region have always been complicated and confusing, but the beauty of the monuments on their behalf are to say the least stunning. The Casada Monument being a prime example. 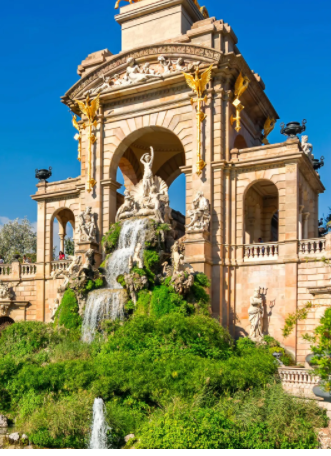 The Cascada in general terms is not dissimilar to the Trevi Fountain in Rome.

There is no such prize that I know about in the world of architecture, but if there was an “arches sweepstake” the architect who designed the Cascada would be the thumbs-up winner. And as you read this narrative you already know who it is, no one other than Antoni Gaudí himself (the architect and designer of the famous Barcelonian church, La Sagrada Familia).

As the water flows down several steps through this unique structure the eager tourist may stand and watch from inside no less than 22 arches.

On to our destination, the Arco de Triunfo de Barcelona.

This Spanish triumphal arch was designed and built by the renowned Josep Casanovas for use as an access gate for the Barcelona World’s Fair in 1888. It spans a promenade that is the widest avenue in the city. 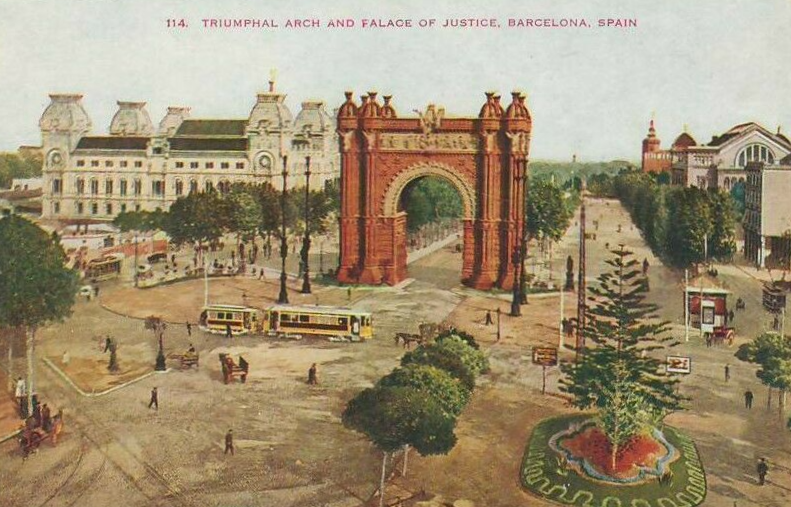 As we have toured the cities of Innsbruck, Paris, Rome, and London, each city has defined their “triumph” is different ways. War, battle, conflict and struggle are words that pepper those descriptions of “triumph,” but it is different here in Spain. This country is an amalgam of several cultures with a similar ancestry: Basque, Galician, Aragon, Castile, Andalusian, to name a few of the seventeen regions (Think of them as states in a union.) Here in Catalonia it is different. Triumph in Catalonia is more akin to recognition and the sovereignty of oneself – self-governance is triumph.

The design is deliberate and highly redundant. Based on a foundation where each corner sports doubled-pillars, the use of a deep-red brick creates an earth-toned environment. Each component compliments the Neo-Mudéjar style. A Neo-Mudéjar design is a revivalist attempt to imitate the basic Moorish fashion. Generally speaking, it is unique to the Iberian peninsula, but it has been used successfully in other parts of the world – namely north Africa and a few cities in South America.

As you examine this illustration (a circa 1904-1906) image, the cap-stones of all eight columns are visible. Each topped with a crown, a universal symbol of sovereignty.

The faces of the arch contain welcomes extended to the other nations of the world visiting Barcelona for the World Exposition of 1888. The friezes on the sides of the arch are allegorical representations for industry and agriculture, both of which were favored exhibit topics offered for visitors.

Triumph in Catalonia. Glorious triumph! The spirit of self, reigns supreme.

Alas, dear readers, I hope you have enjoyed these diversions in Europe. Please join me next week for the finale of the series in New York City. I’ll be waiting for you at the foot of Fifth Avenue. If you arrive early take a seat on a bench in Washington Square.

Dr. Dancer is joining Postcard History as a pictorial tour guide. Nate has been collecting postcards for four decades and has amassed a vast collection and stores of knowledge on his favorite topic - public architecture. He recently became a pensioner. He and his wife live in north Scotland with their precious cat named Sage.
PrevPreviousTragedy on the Chippewa River
NextNatural WondersNext
2 Comments
Oldest
Newest Most Voted
Inline Feedbacks
View all comments
Jill Govan

This is a wonderful article. I thoroughly enjoy all the articles.Please give my love to your wife in the North of Scotland, and possibly the cat,Sage, although I am a dog person. I am an ex pat North of Scotland person now domiciled in Adelaide South Australia.
A question. I believe you have a statue of William Wallace in Baltimore. Is there a post card of this statue

Jill, you can see a 1911 postcard of the statue at https://collections.digitalmaryland.org/digital/collection/mdpc/id/83/