The Virginia plantation that became Sherwood Forest first appeared in a 1616 land grant known at Smith’s Hundred. (Another source suggests it was named Walnut Grove). When President John Tyler bought the estate from a distant cousin in 1842 it consisted of a house which dated from around 1729 and 1,600 acres of forest and cultivated lands.

It was his home until he died there in 1862, and it is still the official residence of the Tyler family.

Several architectural surveys agree that the Sherwood Forest home is the longest frame house in America and has been since 1845 when Tyler added a ballroom that he named for the Virginia Reel. It reaches to 302 feet from end-to-end. 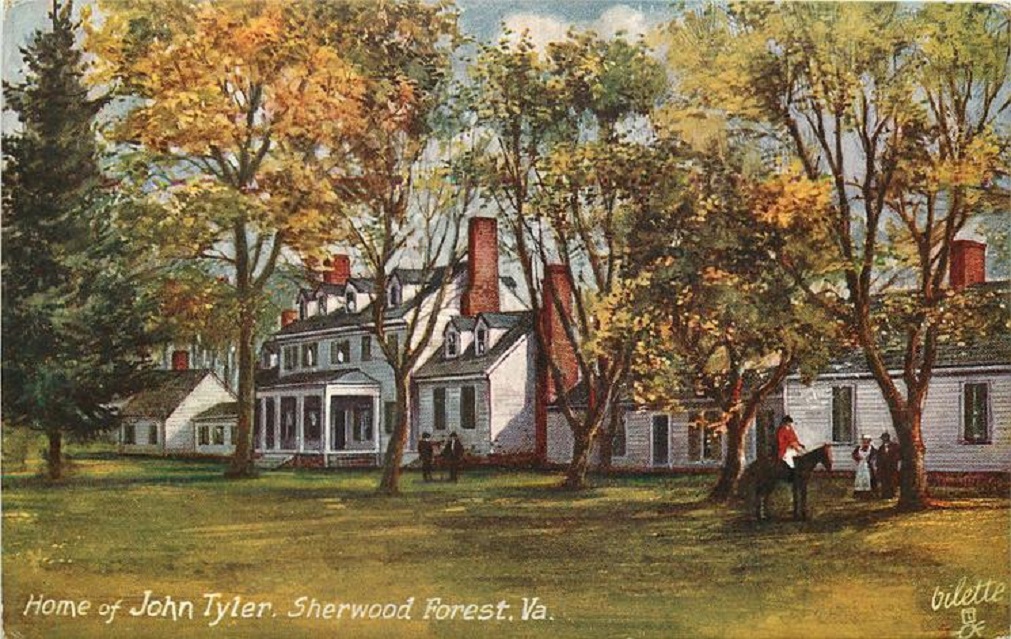 The grounds at Sherwood Forest consist of 25-acres of terraced landscapes and lawns. The arrangement at the time was considered the finest example of designs by New York landscape architect, Andrew Jackson Downing.

It is unsure if Downing was responsible, but Sherwood Forest may be the only presidential residence that publishes a “Tree Map.” In horticultural circles this property is renowned for the variety of trees, some of which have serious historical significance, such as the oldest Ginko tree in America. Other strange species include persimmon, white fringetree, boxwood, shagbark hickory, and white mulberry. Another curious part of the landscape is the Tyler Family Pet Cemetery. 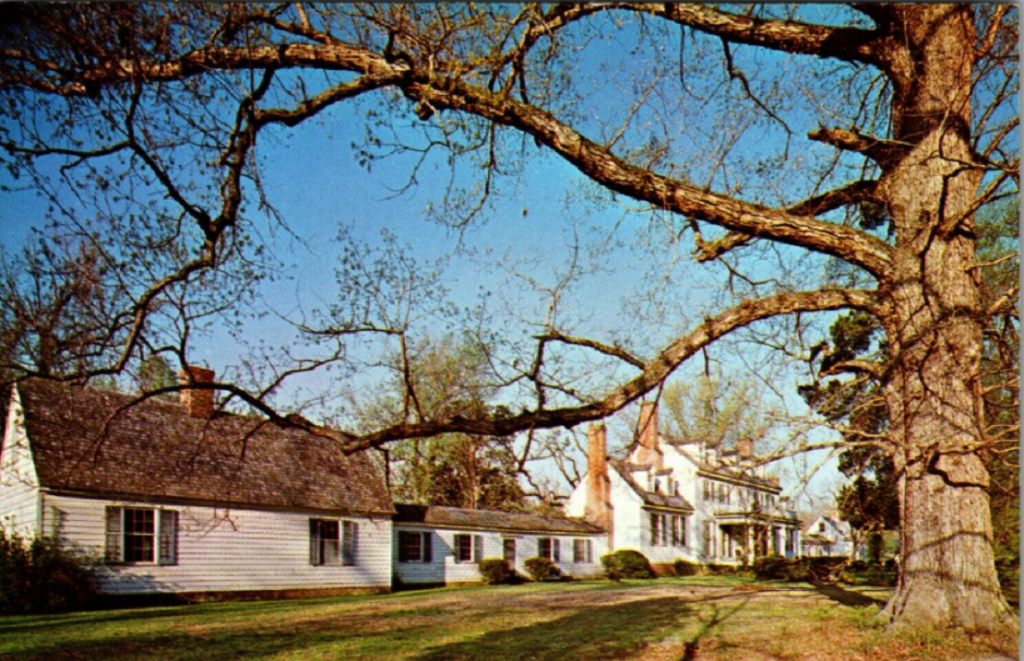 In many ways John Tyler was a playful man. (Perhaps in more ways than one; he had fifteen children with his two wives, Letitia and Julia.) He was still president when he bought his retirement home, and it was he who re-named it Sherwood Forest. He thought it was a well crafted “turn-of-phrase” since he was generally known as a political outlaw.

Tyler was the first vice president to take the presidency after his predecessor, William Henry Harrison died while in office. Harrison had served only 31 days of his term when he died of either typhoid or pneumonia. His passing was the cause of our first constitutional crisis regarding succession to the presidency.

Tyler’s years in office were laced with calamity and accident. His political standards were questioned – he was a firm advocate for state’s rights – and the animus was so intense that his own party members referred to Tyler as “His Accidency.” In the end the Whig party literally expelled him from their ranks.

Tyler left office in 1845 – sixteen years before the Civil War, but he did not leave politics. In April 1861 as the Civil War began, Tyler re-entered public life and sided with the Confederacy; he won an election for the CSA House of Representatives just before his death. President Tyler is the only American to hold our top executive’s job, whose death was not recognized in Washington, DC. He is buried in Hollywood Cemetery in Richmond, Virginia, but his casket is draped with a confederate flag.

Oh, just in case you care, Sherwood Forest has a ghost. She is known as the Gray Lady. Those who have had encounters with her say she dresses in shades of gray and can be found in an up-stairs room in her rocking chair holding an infant child.

The Staff of Postcard History offers this article for your enjoyment. It is a combined effort of many: our publisher, editor, webmaster and collectors/contributors far and wide. Please use the COMMENTS feature below to let us know how we're doing.
PrevPreviousShips of the Italian Line – the First, the Best, and the Last.
NextThe March 2021 Postcard History Quiz – Lions on BridgesNext
5 Comments
Oldest
Newest Most Voted
Inline Feedbacks
View all comments
Shav La Vigne

I have read about many of our Presidents but have not spent much time on Tyler. This article told me many things about the man that I did not know. Thank you very much!

I think a grandchild of John Tyler is still living.

Yes, his name is Harrison Ruffin Tyler. This article is an interesting read: https://www.washingtonpost.com/history/2020/11/29/president-john-tyler-grandson-harrison/

Thanks for sharing this article. Enjoyed reading it. Interesting too for a person not very familiar with American History let alone its presidents – I must admit. I am from Karachi, Pakistan. Have tons of vintage / rare postcards from British India era. Planning to start a similar Postcard History site based on selected postcards now that I have a reasonable appreciation of how its done. Thank you.

PS: Although we are thousands of Mile’s away from the U.S., Robinhood & the Sherwoid Forest has always been part of our DNA / genetic makeup.

This is the kind of history I enjoy with such interesting facts about famous personalities. Please keep them coming !