Grover Cleveland was born in a manse. 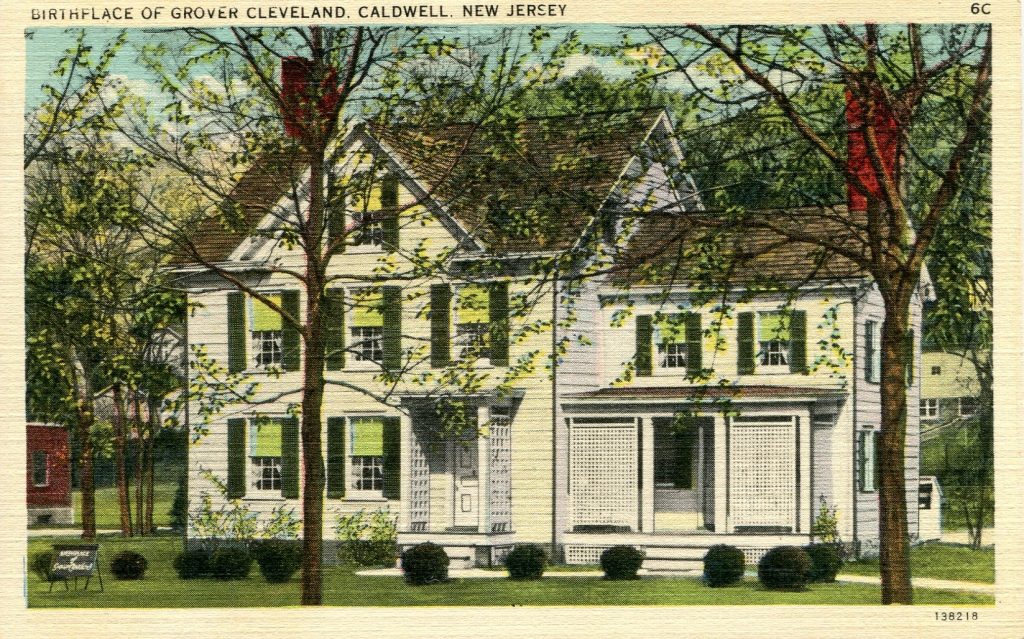 A manse is a home, built by one or sometimes a combined congregation of Presbyterian church members, for the implied purpose of providing rent-free accommodations for their pastor and his family. The manse for the Caldwell, New Jersey, Presbyterian church was built in 1832.

The Reverend Richard Cleveland moved into the manse in Caldwell in May 1834 and served there for seven years. The concept of free-rent was a good thing: the salary for his position paid $450 per year. During that time, Cleveland and his wife had a son named Stephen. There is no accounting, but in that same year the church flourished and over 70 new worshipers joined the church. [This fact is emphasized in the church history. Seemingly insignificant, it is unknown why.]

What is curious about President Cleveland is not his birthplace, or the fact that he lived in the White House, or his retirement home in Princeton, New Jersey. It is how many occasions in his life that he changed addresses.

Reverend Cleveland left Caldwell in 1841 for Fayetteville, New York, a suburb of Syracuse. Their stay in Fayetteville was only nine years and by 1850 the family had moved to Clinton where his father did missionary work. The family moved again in 1853. Five addresses in nineteen years.

Stephen Cleveland was the fifth of nine children. Doing what was customary at the time, he left home for an education and found many reasons to stay away. Mr. Cleveland abandoned his first name as a young adult and made his first stop in Buffalo, New York. There he took employment as a legal clerk and by 1859 had gathered enough experience to be admitted to the New York Bar Association.

His first try for elected office came in 1865 when he ran for Erie County District Attorney. He lost. He tried again in 1870 and won the Sheriff’s Office of Erie County.

Subsequent elections took Cleveland to the Mayor’s Office (1882) in Buffalo, and to the Governorship of New York (1883-1885) in Albany. Seemingly as if he was following family tradition by not staying long in one place, Mr. Cleveland resigned his office in Buffalo after only ten months to become governor; he also resigned the governorship after only two years and five days to become president.

The election of 1884 rolled into view with Samuel Tilden the favored candidate, but he declined because of poor health. His departure left Cleveland at the top of a list with four other candidates. In November, after a bitter battle for votes, Cleveland beat James Blaine and became president on March 4, 1885.

Cleveland was our second bachelor president. Consequently, his sister, Rose Elizabeth (the youngest of the nine Cleveland siblings) joined him as the official White House hostess. Rose earned the fullest attention of the press, but it was not always complimentary, the New York Times, once reported that Rose was, “… a bluestocking, more interested in pursuing scholarly endeavors than in entertaining cabinet wives and foreign dignitaries.” Rose’s tenure lasted two years.

President Cleveland had known the young daughter of his friend Oscar Folsom since she was born. In many ways they were a mis-match, but she accepted his proposal during a visit to Washington in the spring of 1885. They were married in the Blue Room of the White House on June 2, 1886. He was 49, Frances, 21. She was the youngest first lady ever. They had five children.

Let’s leave the rest of Mr. Cleveland’s presidential years to the history books. 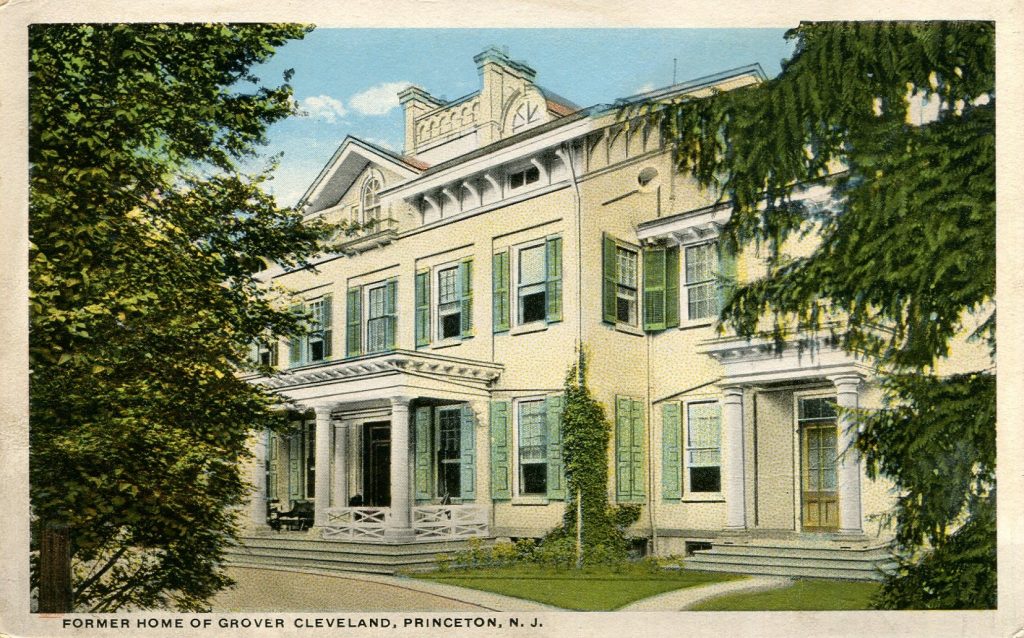 After William McKinley won easily over William Jennings Bryan in the election of 1896, Cleveland left Washington for his retirement home, Westland Mansion, in Princeton, New Jersey. It was here that Cleveland continued to express his political opinions and in 1905 presented The Ladies Home Journal, with his opinions on the women’s suffrage movement. He wrote, ” … sensible and responsible women do not want to vote. The relative positions to be assumed by men and women in the working out of our civilization were assigned long ago by a higher intelligence.” When the suffragettes read that, they literally slammed the book on Grover Cleveland. He lived in relative quiet for three more years.

The Staff of Postcard History offers this article for your enjoyment. It is a combined effort of many: our publisher, editor, webmaster and collectors/contributors far and wide. Please use the COMMENTS feature below to let us know how we're doing.
PrevPreviousThe Jim and Tammy Bakker Story
NextNee!Next
4 Comments
Oldest
Newest Most Voted
Inline Feedbacks
View all comments
Carmen

Thanks so much! IT is verte interesting. Kind regards from the Basque Country (North of Spain)

Slammed the book on him. Very good of them.

Rose Elizabeth was a woman ahead of her time!

i never knew Cleveland had a home to visit. Not that I would visit the home of an anti-Suffrage SOB.