The Jim and Tammy Bakker Story 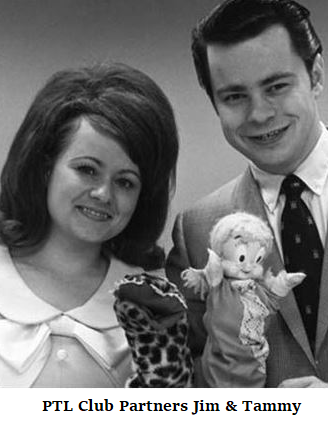 My career with the Charlotte (North Carolina) Chamber of Commerce began in 1976, the year Jim and Tammy Bakker moved their PTL (Praise the Lord) Club to Charlotte.  Within little time, the Bakkers were receiving national attention and by 1978, the Bakkers created a satellite television network to distribute their programming.

To fund their enterprises, they created “PTL Club Partners.”  The partners were heavy donors to the Bakkers, and with every request for money, the cash just flowed in.  People would send mink coats, diamond rings, deeds, all sorts of donations. There was even a special cash office to handle it all.

The money from the satellite network allowed the Bakkers to purchase 2,300 acres of land for a new venture.  Jim had a fondness for Disneyland and felt he could build a Christian theme park of his own. He called it, “Heritage USA.” 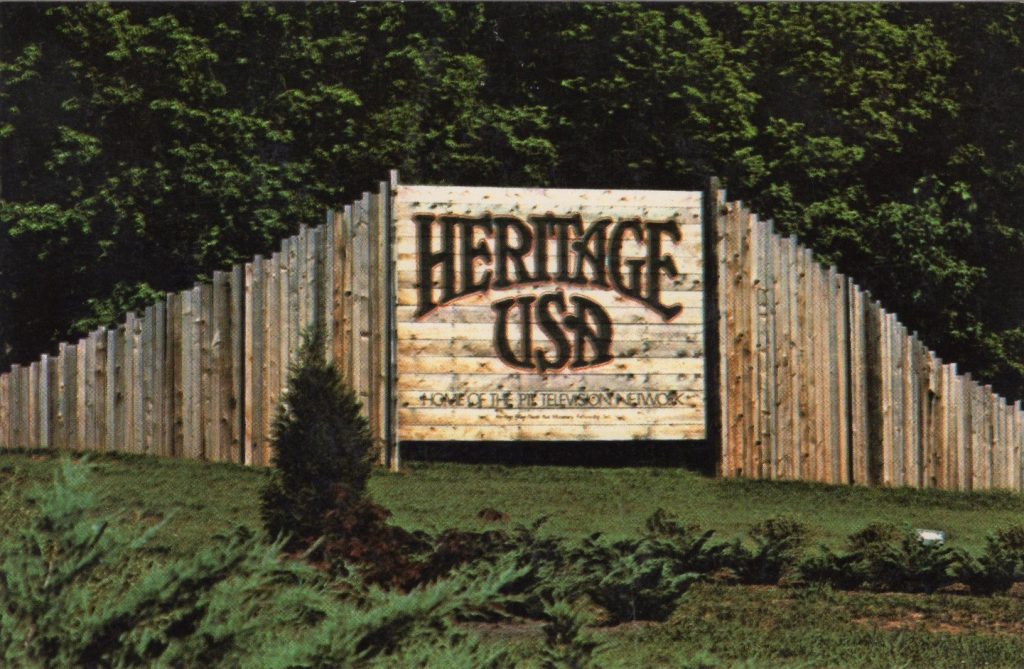 As the money flowed into the cash office, Heritage USA was planned, financed, and built in Fort Mill, South Carolina. Shortly after, the site became the headquarters of the theme park and the PTL Club. 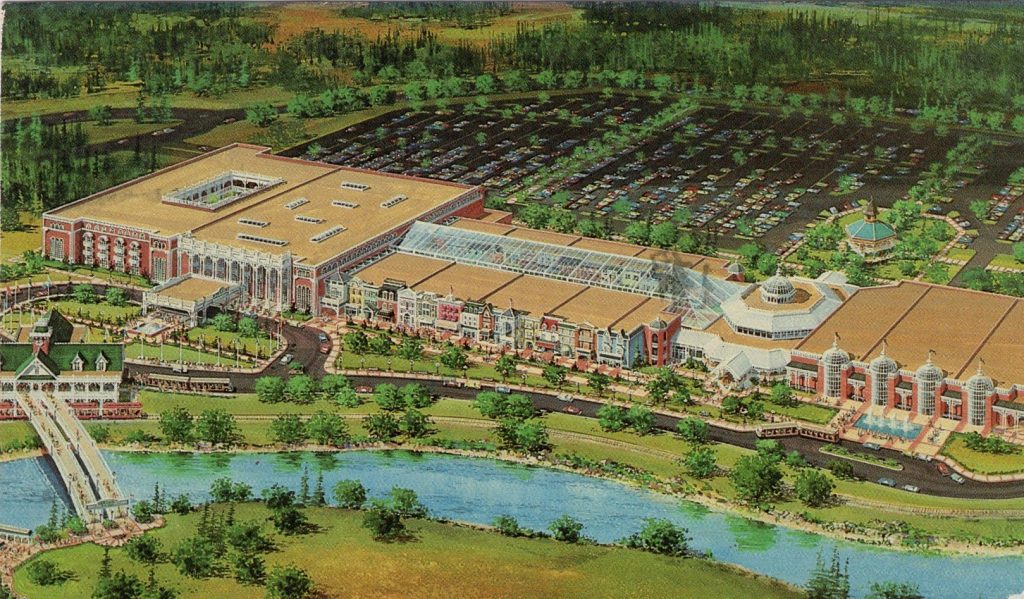 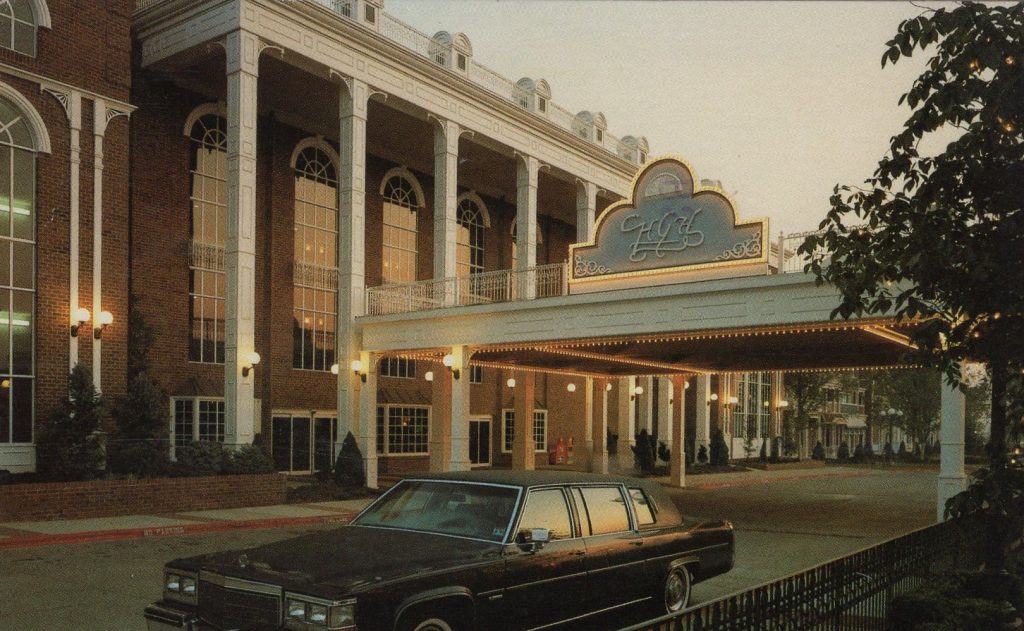 The entrance to the hotel

By this time, the Bakkers were living a royal life-style.  They owned several homes, a private jet, two Rolls Royces and a Mercedes Benz, and even an air-conditioned doghouse.

Tammy Faye Bakker and her friends could be found shopping at local flea markets running wildly with their walkie-talkies and a buggy full of goods.  She loved shopping at discount clothing stores and had closets full of clothes still with tags on them.

Bakker did not do it on his own; Tammy was very much a key player in the television production. She could sing and cry with the best of performers. 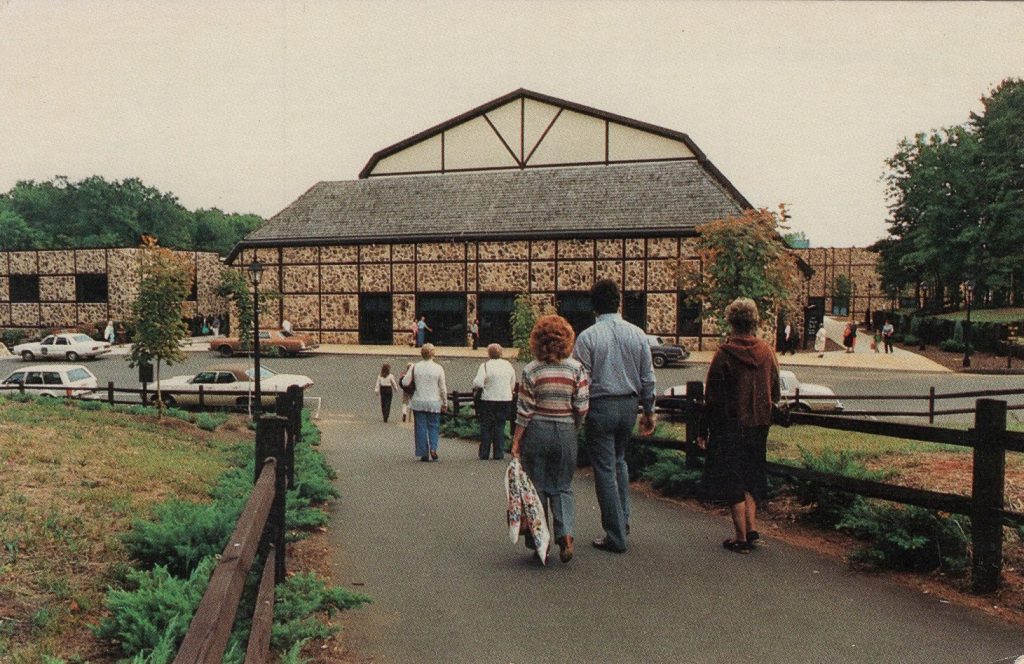 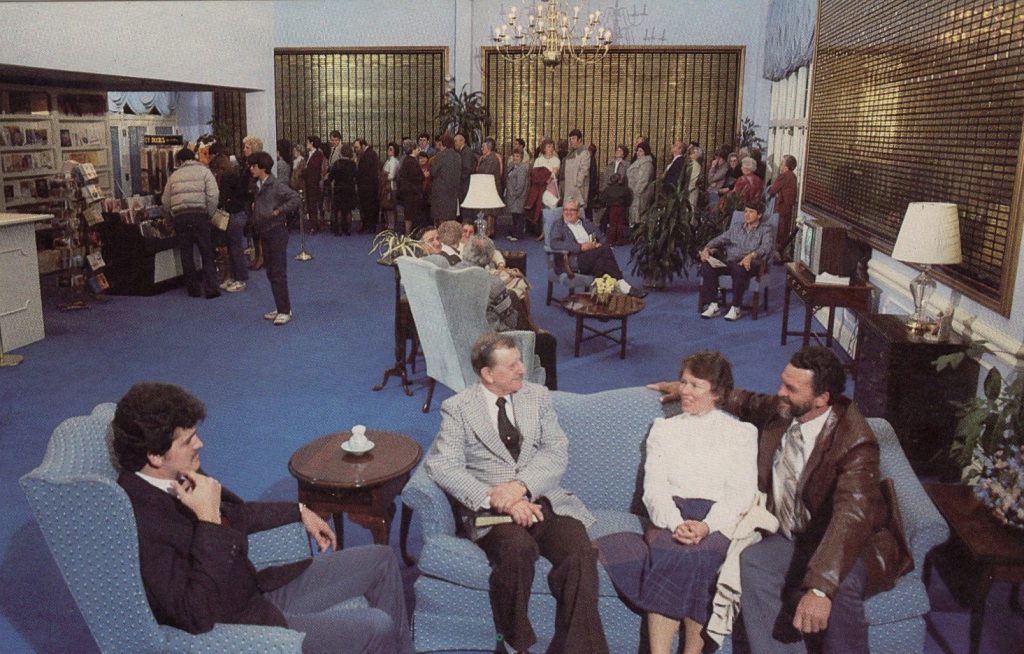 Lobby of the Broadcast Center

By the mid-1980s, PTL was broadcasting 24 hours a day. The theme park was twenty times larger than Disney World’s Magic Kingdom in Florida. Included in the attractions were Billy Graham’s boyhood home which had been moved there from Charlotte, a Jerusalem style marketplace, and a passion play portraying the life and death of Jesus Christ.  Heritage USA became the third most visited theme park in America.

In 1987, two scandals brought down the ministry. Bakker was accused of sexual misconduct by a church secretary and misuse of church funds. Bakker resigned and turned the ministry over to Jerry Falwell who found the ministry was bleeding over $2 million a week. Falwell had the good sense to close it.

After a 16-month federal grand jury probe, Bakker was indicted in 1988 on eight counts of mail fraud, 15 counts of wire fraud, and one count of conspiracy. A five week trial in 1989 found him guilty. He was sentenced to 45 years in jail and fined one-half million dollars. His sentence was later reduced to eight years of which he served five.

His parole attorney guaranteed that if parole were granted, Bakker would never again engage in religion and commerce. Bakker was released from federal prison on December 1, 1994, owing $6 million to the IRS.

In 2003, Bakker began broadcasting the Jim Bakker Show in Branson, Missouri.  The show has a millennial, survivalist focus where he sells buckets of dried food to his Doomsday followers.

Postscript: Jim and Tammy Faye Bakker divorced in 1997. She re-married, but died of cancer in 2007. Jim Bakker, at age 81 continues his televangelism and his current antics are defended by his second wife, Lori.

Tony Crumbley has been a collector of stamps and postal history since childhood. He has authored numerous articles over his career as a philatelist. He is the current Co-Editor of the North Carolina Postal History Journal, a job he has had for over 25 years. He is a General in the Civil War Philatelic Society where he served as president. He lives with his wife, Renea, in Charlotte, North Carolina, and is the retired Vice President of Research for the Charlotte Chamber of Commerce.
PrevPreviousThe Story of the Lorelei
NextHomes of Our Presidents – Part Two of Six – Stephen Grover ClevelandNext
5 Comments
Oldest
Newest Most Voted
Inline Feedbacks
View all comments
Burgie Dave

My twist on jokerstism would find heritage postcards, were any produced, filed under Humor. Nice review on history that many would rather not revisit.

PTL alternately stood for “People That Love” or (as some wags quipped) “Pass The Loot”.

Locally it was “Pass the Loot”

Mighty fine article and review of all of this. Thanks for sharing. Tammy’s second marriage was to a man who was in the construction business and built churches, and they lived just east of Wichita in Andover, Kansas. I can remember driving by their house and looking over to see if I could see Tammy. I never did.

He was the builder who built much of Heritage village that is how she got to know him.