Help Us Solve
the Mystery of this Card #5 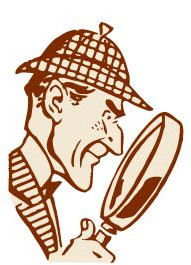 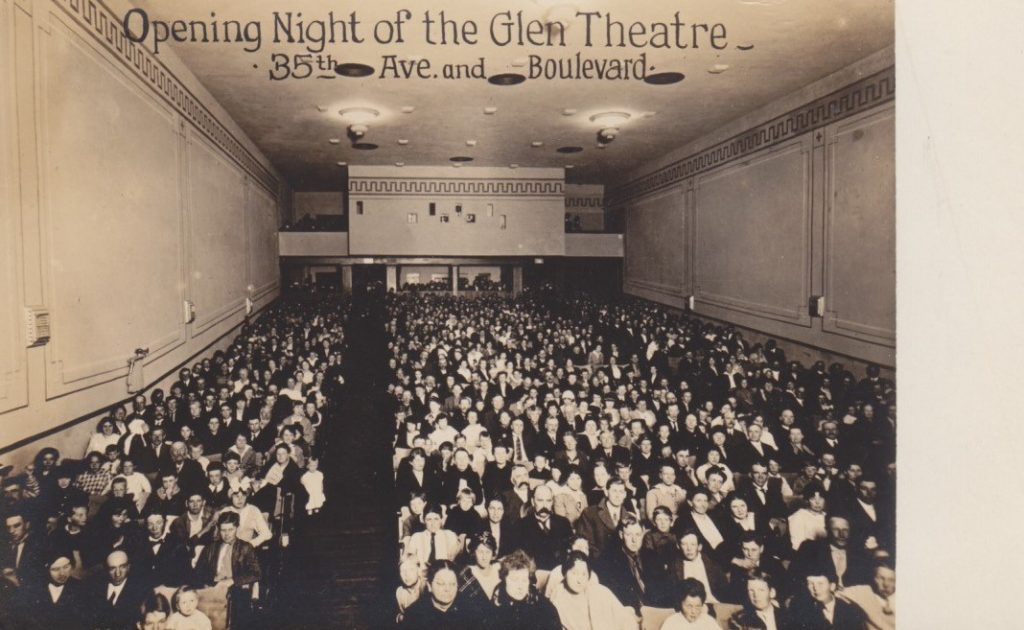 The February Mystery Card comes to you from
a loyal reader in California with the following message:

I would like to submit this card as a candidate for Postcard History’s monthly mystery card. It is a real-photo card with an AZO stamp-box (1904-1918).  I assume the scene is a movie theater because of the time frame, the little windows in what appears to be a projection room situated in the balcony at the rear and the lack of spotlights. I guess there is no way to know for sure until its location is learned. Whoever overlayed the title went to the trouble of spacing the street names between the ceiling fixtures; it is curious why they didn’t include the name of the town. If you choose my card, thanks for including it as a mystery card. I hope my fellow readers will be able to tell us about the Glen Theatre.

Identifying the location of this mystery will likely be achieved by trial and error. A few initial attempts at solving the mystery have ended in disappointment. It was established early, using a Google “Place Names” database that very few cities in America have 35th Avenues. From the original list only one city has a 35th Avenue that intersects with a “boulevard.” That is Flushing, New York, where 35th Avenue meets Francis Lewis Boulevard. [Francis Lewis was a representative from New York who signed the Declaration of Independence.]

Today at that intersection there is a school, a car-wash, a strip-mall and a parking lot for a grocery store. If it is assumed that this is the 35th & Boulevard where the Glen Theater once was, we need someone with local knowledge.

If you can answer this question and solve the mystery, contact Postcard History at the following email: editor@postcardhistory.net

The Staff of Postcard History offers this article for your enjoyment. It is a combined effort of many: our publisher, editor, webmaster and collectors/contributors far and wide. Please use the COMMENTS feature below to let us know how we're doing.
PrevPreviousThe Met
NextThe Windows of St. Louis Cathedral – New Orleans, LouisianaNext
3 Comments
Oldest
Newest Most Voted
Inline Feedbacks
View all comments
Sheila Davino

Is this it?
Foothill Theater in Oakland, CA – Cinema Treasures

That certainly looks to be it. I very much appreciate your solving the mystery and including the Cinema Treasures link. After living in San Francisco for a long time I now live about 60 miles south of Oakland and might be able to visit the Glen Theater’s site this weekend. It’s very exciting to learn not just of the Theater’s location but that it’s nearby.