On Saturday, August 7, 2021, President Joseph R. Biden, Jr. will surpass the second shortest presidency in American History. William Henry Harrison had the shortest time in office, just 31 days in 1841. The next shortest presidency belonged to James A. Garfield. His service to our country ended on September 19, 1881 when he died of complications from two gun-shot wounds in the back that he sustained in a Washington, DC, train station the previous July.

During a visit to a Cleveland, Ohio, cemetery some years back, I found myself at the bottom of a lengthy flight of stairs leading up to a double-pair of bronze doors. The structure I was about to enter – at that time – was the most elaborate American grave I had ever seen. 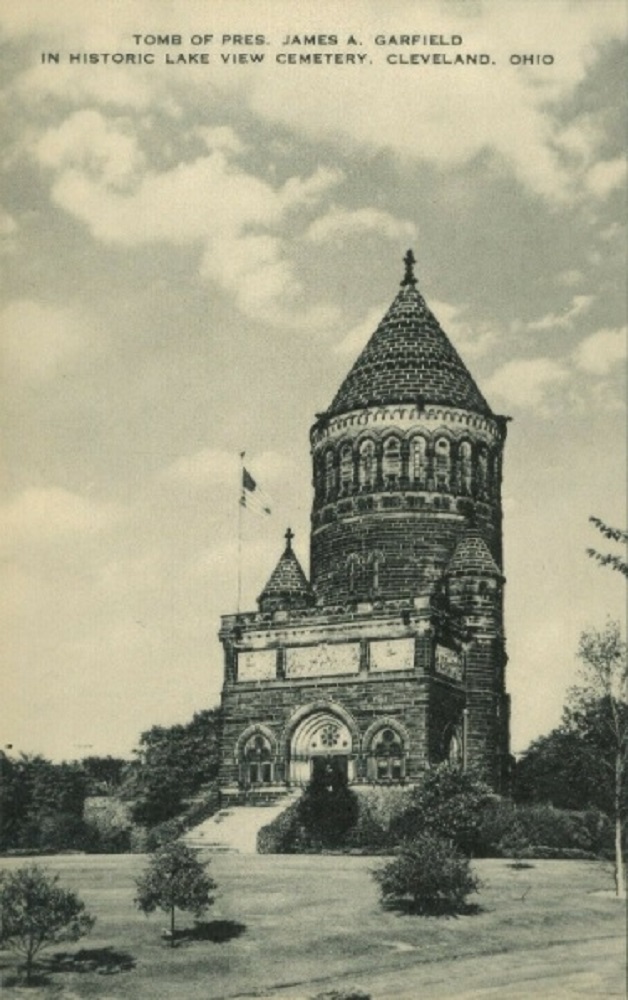 The mausoleum, dedicated to the 20th American President, James Garfield, is a design imagined by the Irish born architect, George Keller. It was dedicated in May 1890 at a cost of $135,000. The tower that rises over the tomb stands tall at 180 feet is built with Berea Sandstone from nearby quarries. 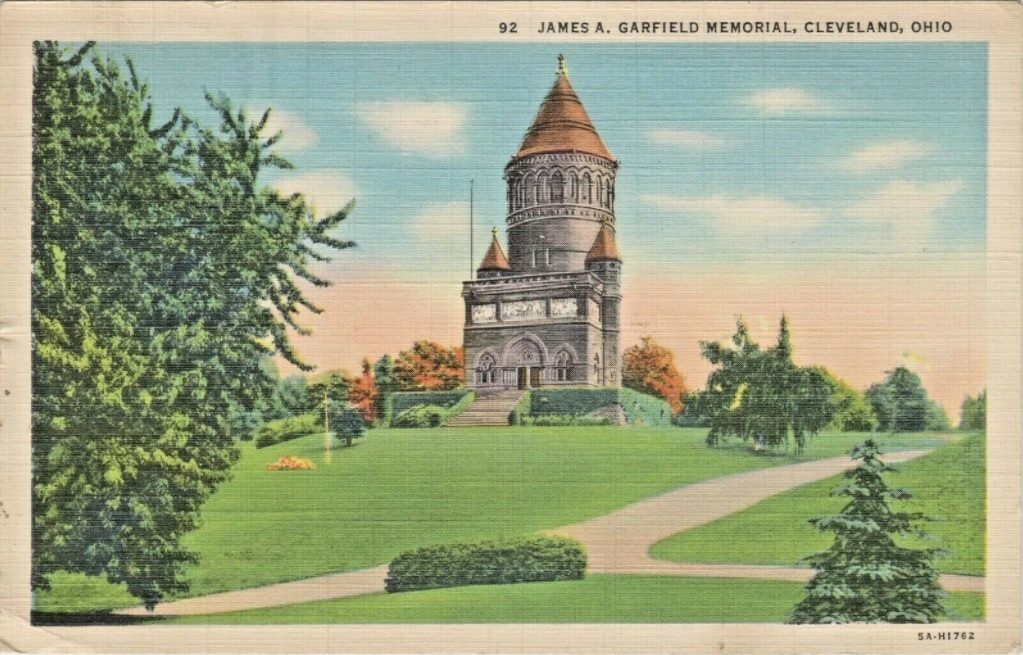 The exterior balcony holds five terracotta panels sculpted by Caspar Buberl. Buberl was best known for his Civil War monuments then found in over twenty American cities. (There are ten Buberl monuments on the battlefield at Gettysburg.) The panels depict events in Garfield’s life, including his years as a teacher, his Civil War service as a Union major-general, the day he took the presidential oath of office, and the days he lay in state at the U.S. Capital building.

In a brief conversation with myself that day a realization occurred that I had no idea what this man did while President of the United States.

I remembered reading about his assassination but had forgotten that he lived over two months – in an appalling situation of constant pain – before he died.

So what did he do as President?

Reading about James Garfield would seem to me to be a dull topic at best, but his biography by Kenneth Ackerman reads like a novel with vivid characters living in a tightly woven mystery. Dark Horse: the Surprise Election and Political Murder of President James A. Garfield, was published nearly twenty years ago. You may have trouble finding it, but if you can, it is well worth the effort.

In Cleveland that day, I could not remember one single accomplishment. What I later learned was that considering he served such a short term in office, he managed to initiate several reforms in the Post Office Department, that were completed during President Chester Arthur’s administration. He also managed to restore the President’s authority over the U.S. Senate on the issue of executive appointments. 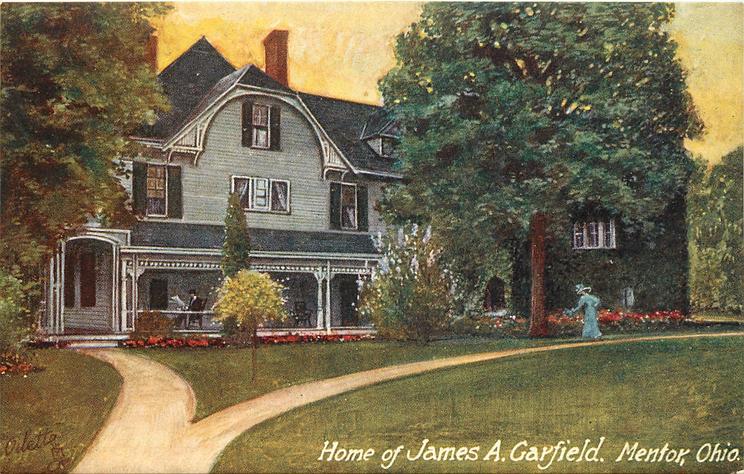 James and Lucretia Garfield bought this property on Mentor Avenue in Mentor, Ohio in 1876. He often said he wanted to own a place “where I can put my boys to work and teach them farming” and “where I can touch the earth and get some strength from it.”

At first the property was a simple nine room home. There was little to be said, beyond “functional” for a farmer’s family. That was fine for a few months, but shortly before their first year on the property ended an expansion project began. Within the next three years, the Garfields added eleven rooms and raised the roof. They added a full porch across the front and completely refurbished the interior.

The President was a curious and enthusiastic farmer. He spent much of his spare time conducting agricultural experiments in the fields behind their home. Like other presidents of the era Garfield conducted his campaign from the front porch.

It was the newspaper reporters and political drudges who camped on Garfield’s front lawn during the campaign who gave the property its name.

The President liked the name, but seldom used it. 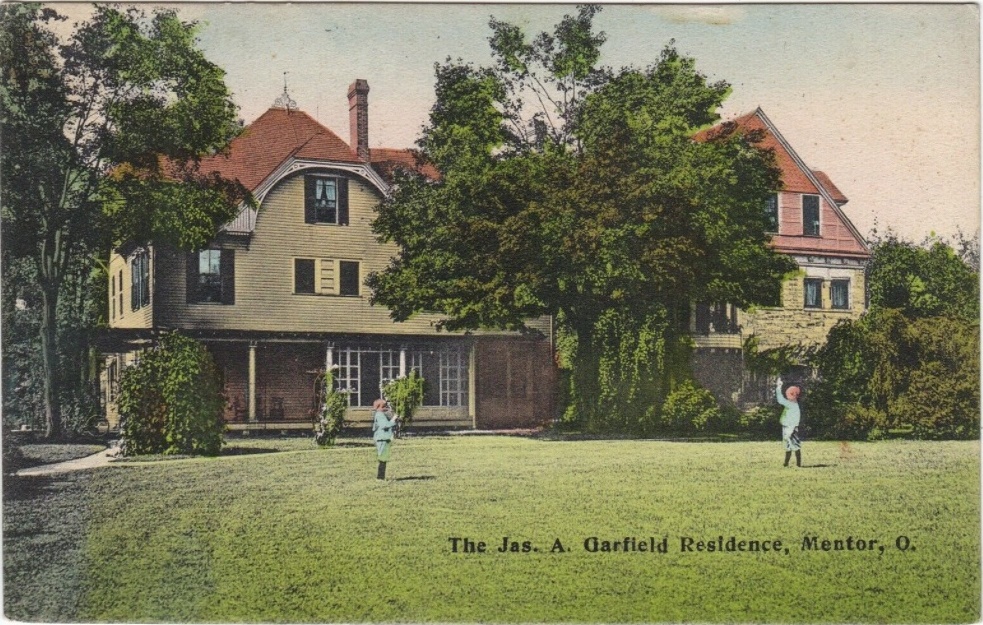 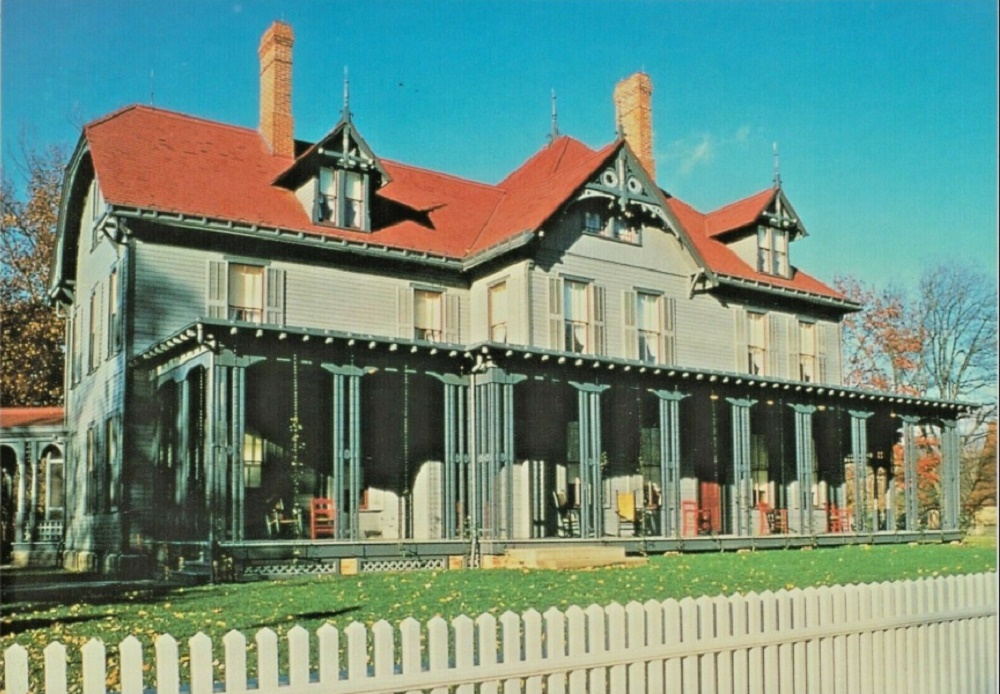 The Staff of Postcard History offers this article for your enjoyment. It is a combined effort of many: our publisher, editor, webmaster and collectors/contributors far and wide. Please use the COMMENTS feature below to let us know how we're doing.
PrevPreviousSammy’s Bowery Follies
NextCurious CanadaNext
5 Comments
Oldest
Newest Most Voted
Inline Feedbacks
View all comments
Irene

I read that Chester Arthur did not feel he was up to the job of succeeding garfield as president. Yet he stepped up and reformed the system that bred malcontent office seekers.

While I was working in Lake County (the county where Lawnfield is located). I tour the Lawnfield estate on several different occasions. It was always a joyful and interesting place to visit.

I like the article. I am new to this magazine.

Welcome, Mr. Riera
If you are new to Postcard History, please explore our back issues by clicking in the Article Archives box to select a month. Click on any month and you will see every article published at that time. There is plenty of postcard history to read.

Not only did Garfield know many languages, he was ambidextrous and could simultaneously write Greek with one hand and Latin with the other.