Across America, postcard collectors sort through boxes of dime and quarter cards looking for storefronts with names such as Penney, Woolworth, Newberry, and Kress. A lady I knew referred to these department stores as “initial stops.” The four most famous were J.C., F.W., J.J., and S.H. 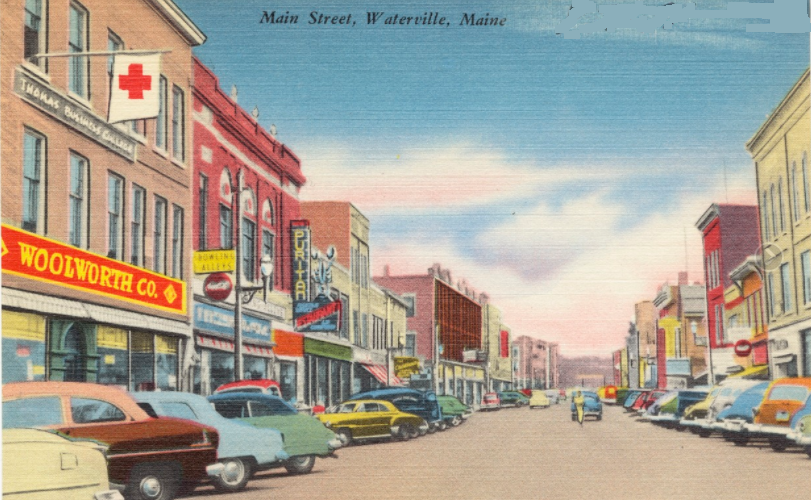 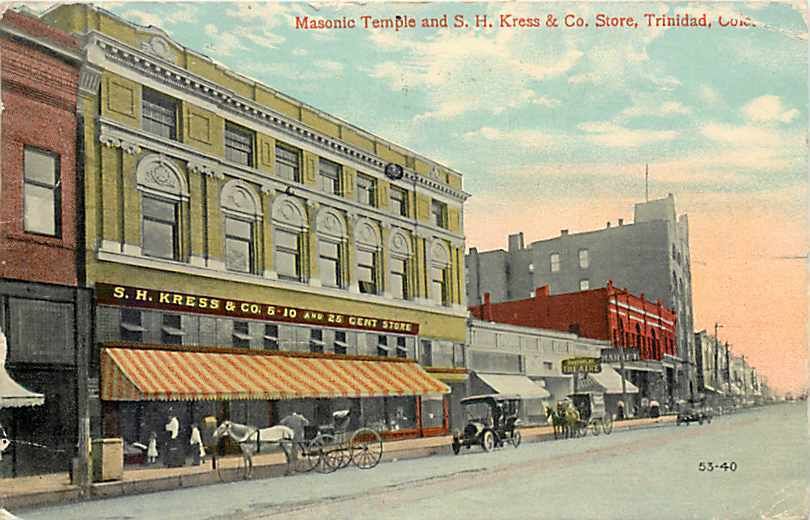 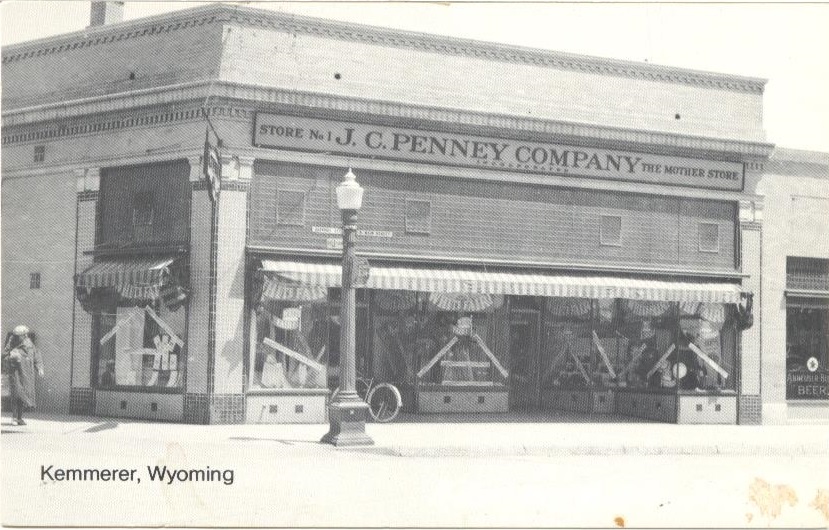 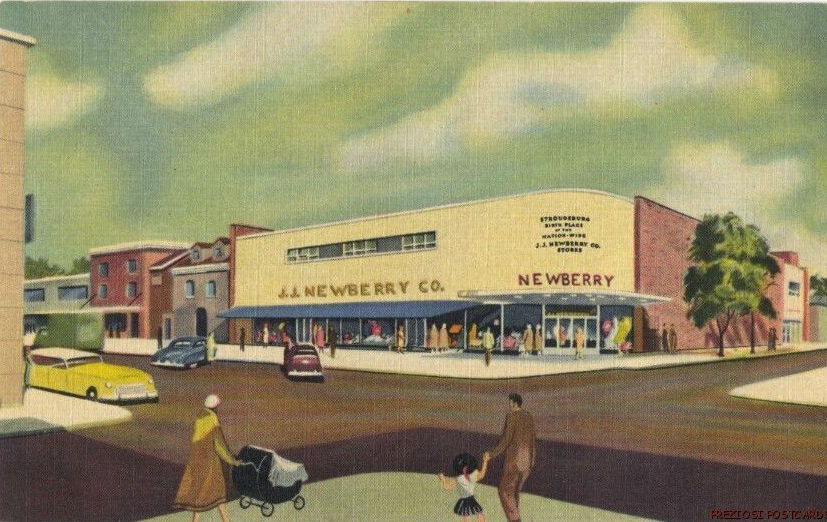 The dime store. That was the term my family used to describe their intended destination every time they left home to go shop at the local Woolworth’s store. It didn’t matter what was on the “wanted list,” except groceries or car parts. Woolworth’s usually had it.

It would take someone with a great knowledge of sales theory and experience to explain to me why stores like these always had two front doors. I guess there was a reason, perhaps a reader of postcardhistory.net can enlighten us.

The store fronts always had display windows. An arrangement of the newest merchandise available changed with the season. To the left of one door a manager would show the latest in ladies apparel: blouses, skirts, house dresses; kitchen wear including aprons, hand towels, potholders. Hats, a forever favorite adorned every manikin.

On the right side of the second door the manager of the men’s department displayed the newest shirts and ties, socks and underwear. “Dickies” work clothes and “Red Wing” work boots had permanent displays in the corner.

Sometime around 1948, it may have been earlier in some towns and later in others, but about that time each Woolworth’s store in America made it clear that women wore underwear too. Bras went on exhibit and the men and boys all took notice.

The windows between the two doors – usually double-wide windows – was a display area for weekly sales items. It always seemed that one of everything was on display. If the store opened at 9 AM on Monday, the line for the sale items would start forming about 8:30. Earlier if the bargains were part of a “Half-Off Sale.”

As I remember, when a customer entered our local Woolworth’s store the first things inside the doors were the cash registers, usually three or four. Whenever the store was open, two clerks were behind the cash registers, waiting for customers to “check-out.” “No waiting” was a store policy and they usually met their goal.

The store in my hometown had four aisles. Double-side display racks stretched the whole length of the store. One side of the rack could have held stationery and the other showed sewing supplies. You were also likely to find pots and pans alongside rakes and shovels.

And the candy counter. Who would ever forget the chocolate-covered cherries on sale for Washington’s Birthday or the peppermint rolls at Christmas? Flavored jellies were my favorite, but I never refused a piece of fudge when tiny chips were offered as samples. For some reason, I remember that the fudge was fifteen cents a pound.

When asked about shopping at the dime stores, a friend replied that she will always remember the creaky wooden floors and the smell of dust. But, she would forgive how the dust smelled if she could enjoy the newly installed air conditioning – Woolworth’s was the first commercial property in town with a sign in the window during the summer months that read, “Cool Inside.”

The lunch counter was usually on the longest wall of the story. The most famous sandwich in the world topped the list of daily specials: the BLT on toast. There were short stools to sit on while you ate. The stools were upholstered with red or green Naugahyde and they rotated. Each empty stool was an open invitation for a little kid to take a turn at sitting on a spinning stool and screaming, “Mama, look mama. Look at me!”

So, who owned the initials? 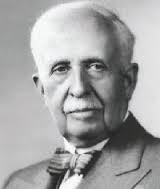 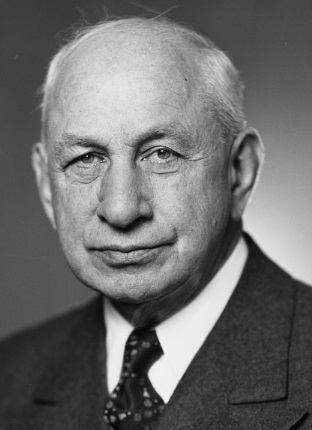 It is unknown if any of these men were known or called by their initials, but their initials were well known by every customer who shopped in their stores.

The first entrepreneur in this shopping genre was Frank Winfield Woolworth. Born in Rodman, New York on April 13, 1852. When Frank was a boy, he and his brother Charles would play storekeeping. Woolworth chose Utica, New York as the site where he would make his first dime. The store opened on February 22, 1879, but failed, however the failure did not deter Woolworth and by April he had his second store in operation at Lancaster, Pennsylvania.

Samuel Henry Kress started his working life at 17. He was employed at a stone quarry in Pennsylvania, but he was an energetic boy and had much higher aspirations. By age 17 Samuel had earned his teacher’s certificate and quickly found a job in a classroom of 80 students. In 1887 his first stationery store opened in Nanticoke, Pennsylvania, and from that humble start his company grew into a national corporation with stores at over 200 locations.

James Cash Penney was born in Missouri in 1875. James planned to attend college and become a lawyer, but his father died unexpectedly, and James was forced to take a clerking position in a local store to support the family. Around 1898, after moving to Colorado, James accepted a job where he had immediate success and was soon offered a one-third partnership. He accepted the offer and opened his own store in Kemmerer, Wyoming. Soon after, James bought his partner’s shares when they decided to dissolve their business. At the peak of Penney’s popularity there were 2,050 stores.

Late to the game came John James Newberry. John was born in 1877 in Sunbury, Pennsylvania. After spending some time in other retail stores, including Kress, John opened his first store in Stroudsburg, Pennsylvania in 1911. John and his brothers Edgar and C. T. managed the company. When J. J. died in 1954 there were 475 stores.

The Staff of Postcard History offers this article for your enjoyment. It is a combined effort of many: our publisher, editor, webmaster and collectors/contributors far and wide. Please use the COMMENTS feature below to let us know how we're doing.
PrevPreviousDaisy Gordon, America’s First Girl Scout
NextJ. C. Bardell and Walter FinnNext
8 Comments
Oldest
Newest Most Voted
Inline Feedbacks
View all comments
Stefan Sommerfield

My family business produced Christmas cards for FW, JJ & SH from late 40s through 70s, paying for my education & more. During my 45 years working retail I managed 2 different Woolworth stores, sadly as it was closing down. His story brings back intense memories, great work.

Loved this trip down memory lane. Those Woolworth stores were much friendlier than the big box store of today!

I well remember walking by the Woolworth “dime store” on my way to grade school in the early 1950’s and always stopping to see the “treasures” displayed in the windows. For Christman I hounded my parents to buy me a very cool and realistic looking cowboy gun and holster set. Which I received on the following Christmas. I never imagined back then what kind of trouble I could have gotten in now a days.

We called the Five & Dime stores, and as a kid, they were the best! Our Woolworth’s had wooden floors that creaked. I loved the smell of the store, the feel of the place. Great affordable collection of toys and candy. This article was sweet, and I love the postcard articles. Thanks to the writers and editors that put all this together.

S.H. Kress should not be confused with S.S. Kresge, another chain of dime stores that eventually provided the “K” in Kmart’s name. When I actively collected stamps, I always headed for the display of H.E. Harris packets at Woolworth’s when my parents dragged me along as they shopped. I remember getting shoes at Penney’s and having the saleswoman point to a reproduction of a portrait of “Mr. Penney” as she told me he had opened his first store in Wyoming.

I remember the toy display at our local Kresge’s. Inexpensive toys like balloons that were just at eye level for a little girl!