In 1885 Charles E. Rushmore, a New York lawyer, traveled to the Black Hills of Dakota Territory to inspect mining claims in the area. When Rushmore asked a local resident what a nearby mountain was named, he found out it had never had a name. The mountain after that time became Rushmore Peak and later Rushmore Mountain. 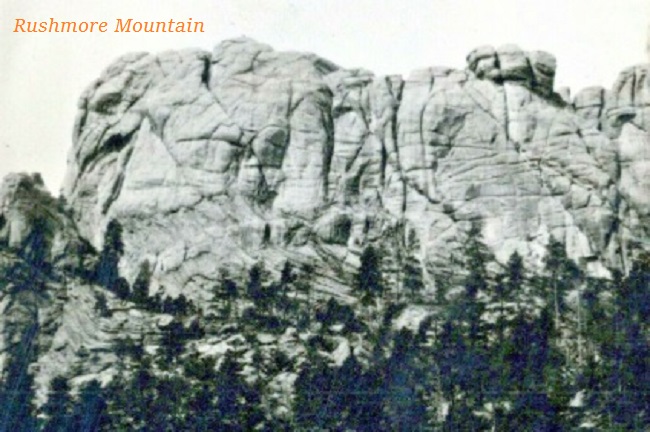 In the 1920s a local South Dakota tourism group was seeking ideas of ways to attract tourists. Their idea was to carve some local rocks, called “The Needles,” into historic heroes of the west. A local historian, Doane Robinson, suggested Red Cloud, the Sioux chief who signed the Fort Laramie treaty, as a possible subject, among others.

Gutzon Borglum, an American sculptor, was working on another sculpture, Georgia’s Stone Mountain, but in 1924, Borglum was fired not for his work but because of disputes within the commission who hired him.

Borglum and Robinson began a discussion on the tourism committee’s idea and over time Borglum convinced Robinson that the sculpture should be that of George Washington and Abraham Lincoln. Later, the project was expanded to include Thomas Jefferson and Theodore Roosevelt because they too had contributed to the birth of American Democracy and the growth of the United States. 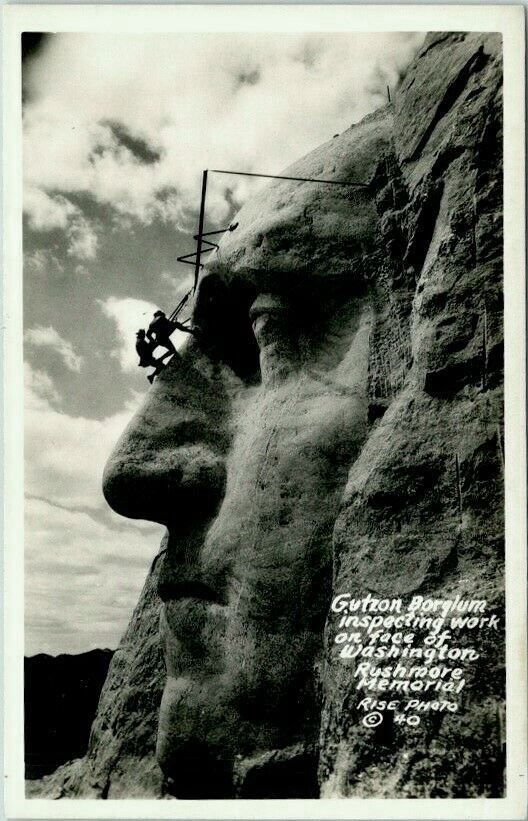 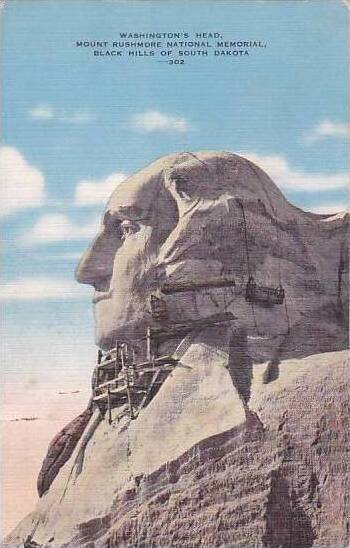 In 1925 Borglum explored the area and determined that Rushmore Mountain was a desirable place for the sculpture. But, even in those early years, environmentalists, including native Americans, voiced opposition to the project because they viewed Borglum’s vision would ruin the location and its natural beauty.

Despite the resistance, Robinson worked to raise funding for the sculpture. He gained the support of nearby Rapid City’s Mayor John Boland and then South Dakota Senator Peter Norbeck. These and many others worked tirelessly with Robinson to raise the needed funds.

At that point, President Calvin Coolidge, who would come to the Black Hills for his summer vacations, was approached for his support by Borglum. Coolidge was convinced to provide the official dedication speech for the project. That speech occurred on August 10, 1927.

The carving started a few months later and Coolidge signed legislation appropriating $250,000 in federal funds for the Rushmore project. A commission was established to oversea the project and Mayor Boland was made president of the committee. 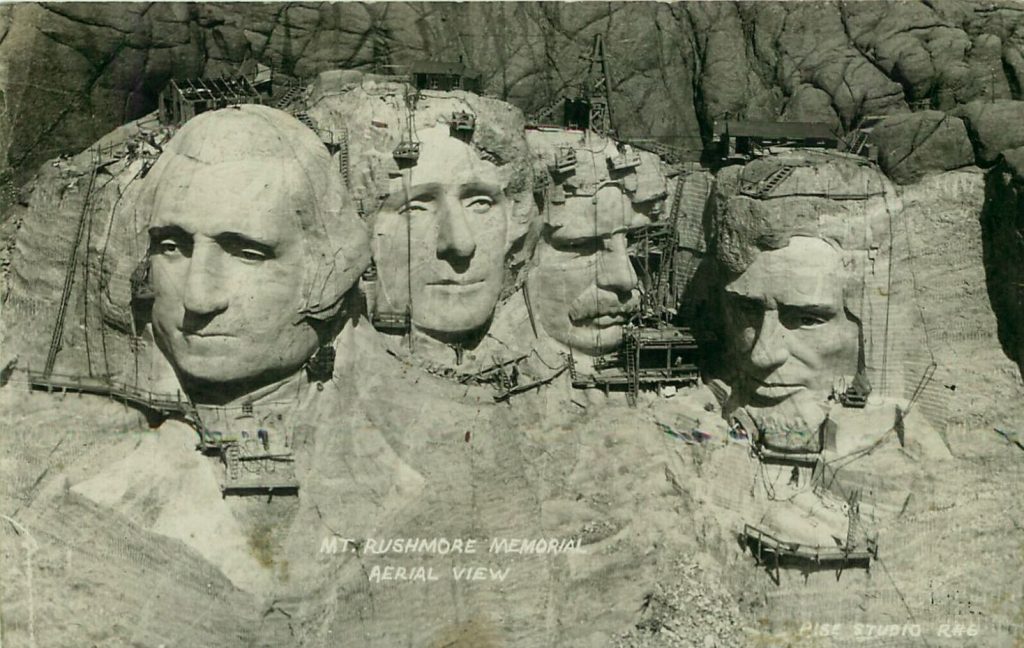 During the project, some 400 workers removed about 450,000 tons of rock from Mount Rushmore. They used a variety of tools including pneumatic hammers and even dynamite. Considering that many local people were employed, people who did not have a great deal of experience in carving, not a single person died in the project. 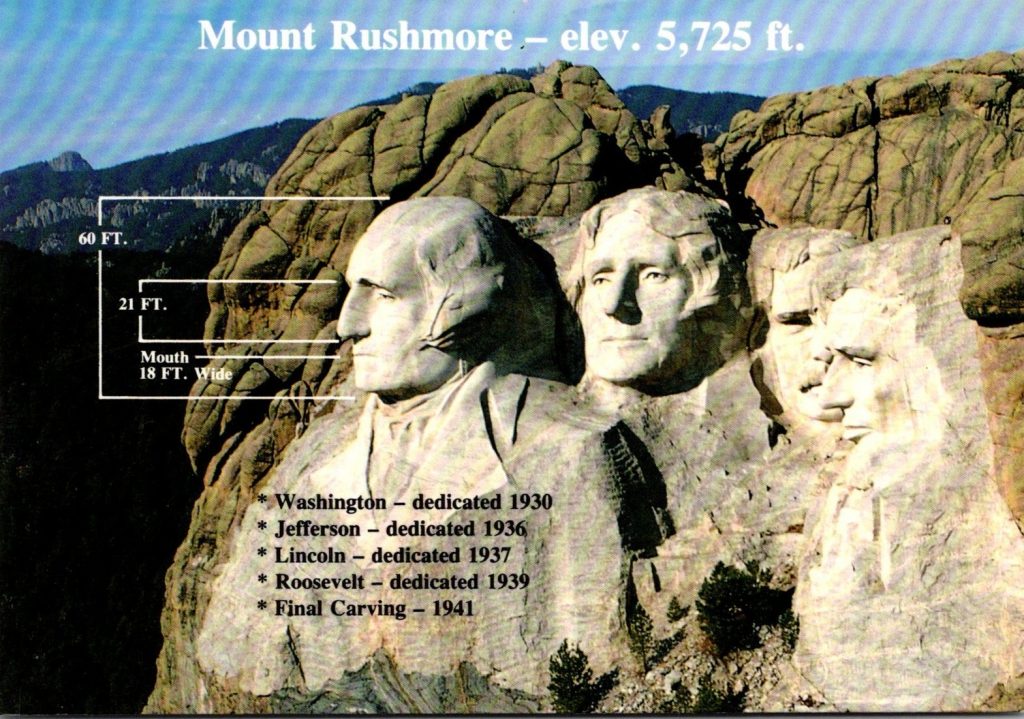 It was a time when jobs were scarce due to the 1929 banking crash. Work at Rushmore certainly helped the local economy during that period which came to be known as the “Dirty Thirties.”

Mount Rushmore, often mentioned as America’s Shrine of Democracy was born on July 4, 1930. A dedication ceremony was held for the George Washington carving and by 1936 the Jefferson carving was complete and dedicated by President Franklin D Roosevelt. The next year, the Lincoln carving was finished and the work on Theodore Roosevelt soon thereafter.

Gutson Borglum died in 1941 before the project ended. His son, Lincoln Borglum was charged with the responsibility to complete the final details. 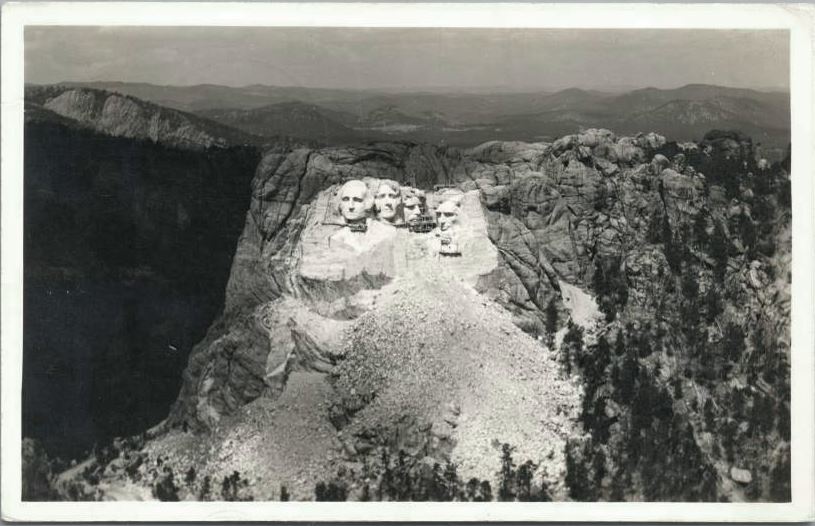 Over the years since the completion of the “Shrine of Democracy” at Mount Rushmore, it and South Dakota have attracted millions of tourists who have come to see the area, many just to see the carvings which are amazing accomplishments.

If you collect postcards of Mount Rushmore, you know there is a wide variety including some that show the progress of construction. Also available are dozens of modern cards in color that show the evolution of the mountain throughout the years.

Duane Stabler is retired from a career in engineering. Like many postcard collectors, Duane is also interested in genealogy and has successfully published in that field of endeavor. In addition he edited the Twin City Postcard Club newsletter for eleven years. Duane and his wife live near Dallas, Texas.
PrevPreviousBill Ward and his World of Words and Notes
NextEaster Sunday 2021 – Postcard History Brings you an Easter Sunday Quartet of Postcards and StoriesNext
2 Comments
Oldest
Newest Most Voted
Inline Feedbacks
View all comments
Mary Schaefer

That not a single person died in the project is amazing. Their safety procedures must have been very good. Given that the workers were not experienced stone workers, it is even more amazing.

A former landfill in Virginia Beach is now a park known as “Mount Trashmore”, obviously a play on Rushmore’s name.