Allow Me to Introduce
Rene Cloke 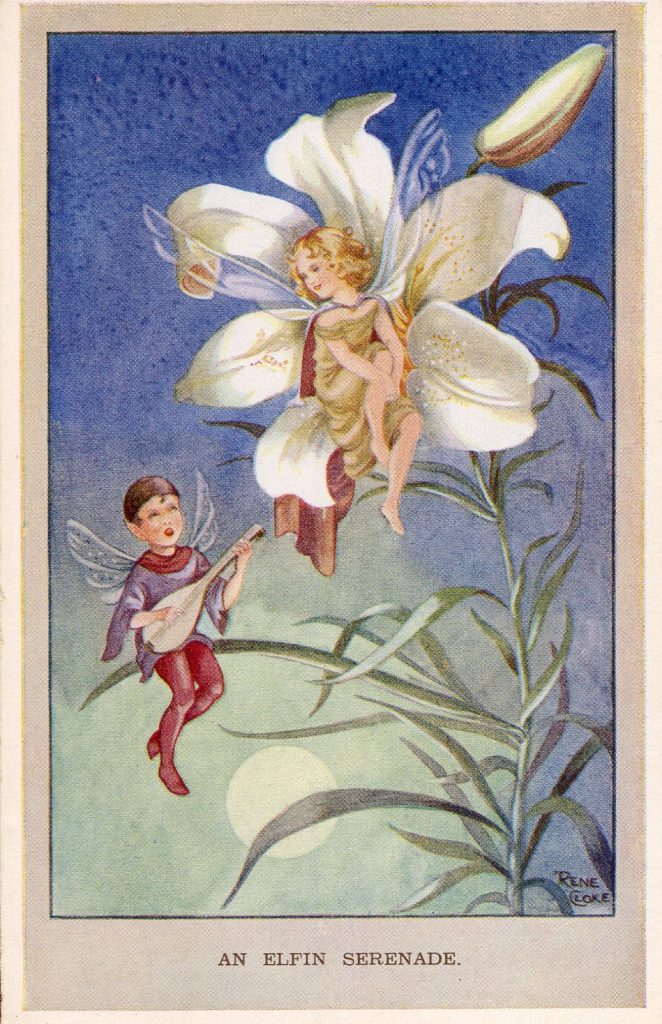 There are times in life when your soul needs a few specks of beauty. For most it doesn’t take much to brighten a gloomy day. Standing at my kitchen window each morning, waiting for the tea-water to boil, is usually my recommended daily dose of beauty. The birds sing, the sun shines on the pond, the bull-frog is awake, and all is well. On other days, I turn to Rene Cloke’s artwork.

When my daughter called me, soon after she began work at a world-renowned historical archive, she mentioned a story she had discovered. It concerned a young Naval Lieutenant Commander who lost his life in the South Pacific late in 1942. She referred to him as her Historical Boyfriend. 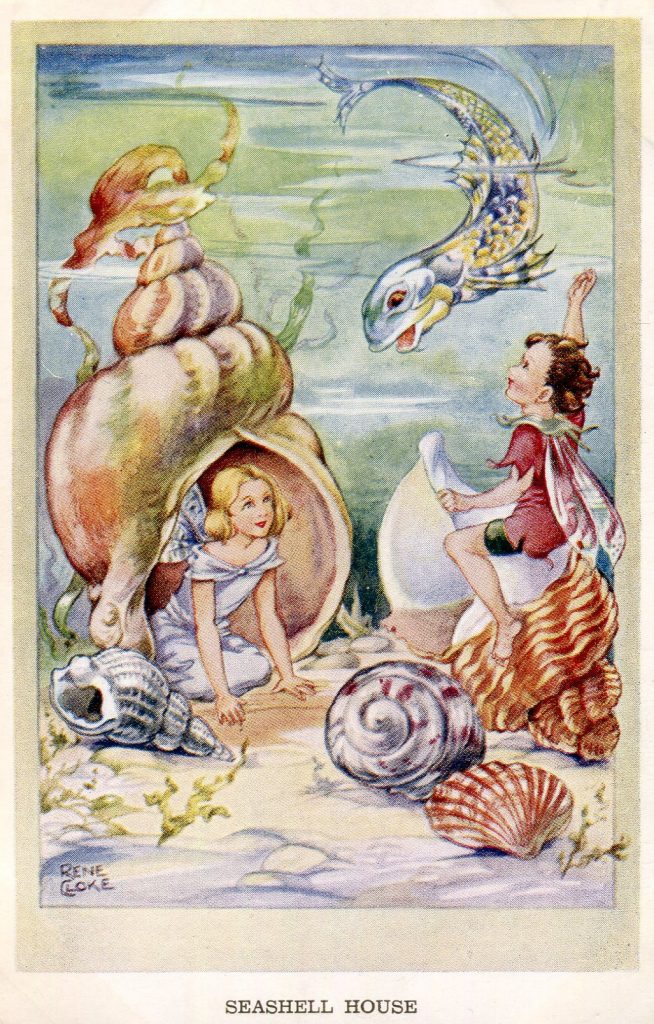 How sweet, I thought. But the reality is that during the nearly four decades that I have assembled a worthy collection of artistic postcards, I have amassed several, actually many dozens of historical friends. As it turns out, Rene Cloke is likely to be my most serious historic girlfriend. When you learn of her achievements, you too, may want her as a friend.

Rene Cloke was one among several artists whose work was published by the major postcard manufacturers in the UK during the early and mid-twentieth century. Please, allow me introduce her to you, the readers of Postcard History.

Rene Cloke was born Irene Mabel Neighbour Cloke in Plymouth, England. Plymouth is a port city in southwest England, known for its maritime heritage and its historic district of narrow, cobbled streets. In the harbor district, even modern visitors can find the Mayflower Steps where our Pilgrim Fathers set sail for the New World. 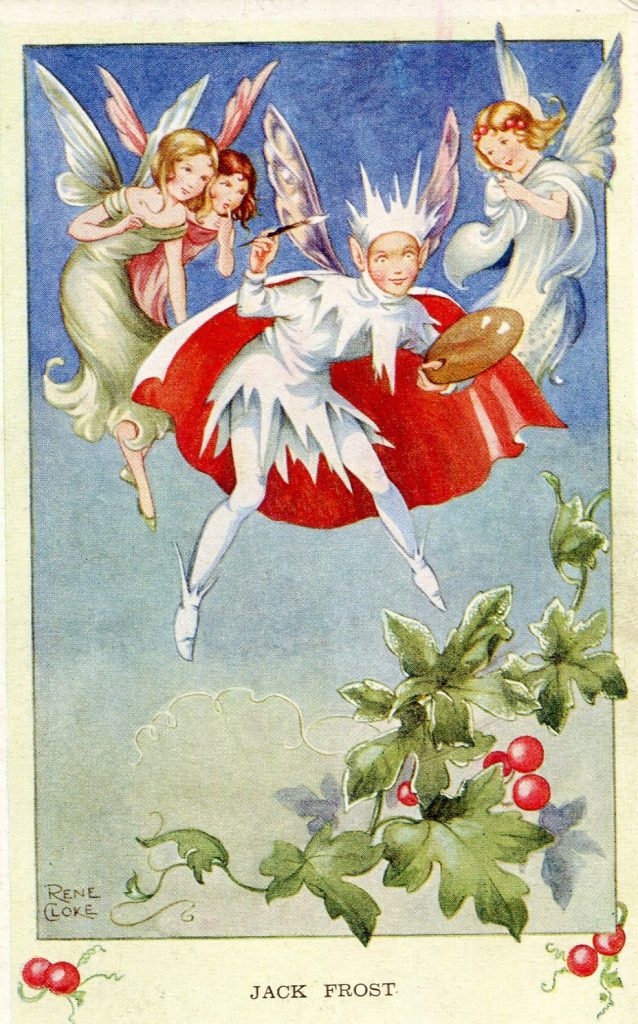 Cloke’s birthdate is uncertain but is generally agreed to be October 8, 1904. As the daughter of a bank manager, she was a shy child who showed an early talent for sketching and drawing. Although she spent most of her life in London, her first employment after graduating was in Scotland, where she illustrated textbooks for an Edinburgh publisher, W. & R. Chambers, a firm that had a role in pioneering inexpensive literature for middle- and working-class readers of the 19th and 20th centuries.

While illustrating cards for the Medici Society of London, she was also associated with another Scottish printing company, James Valentine & Sons (aka, The Valentine Company), whose primary focus was lithographic postcards. 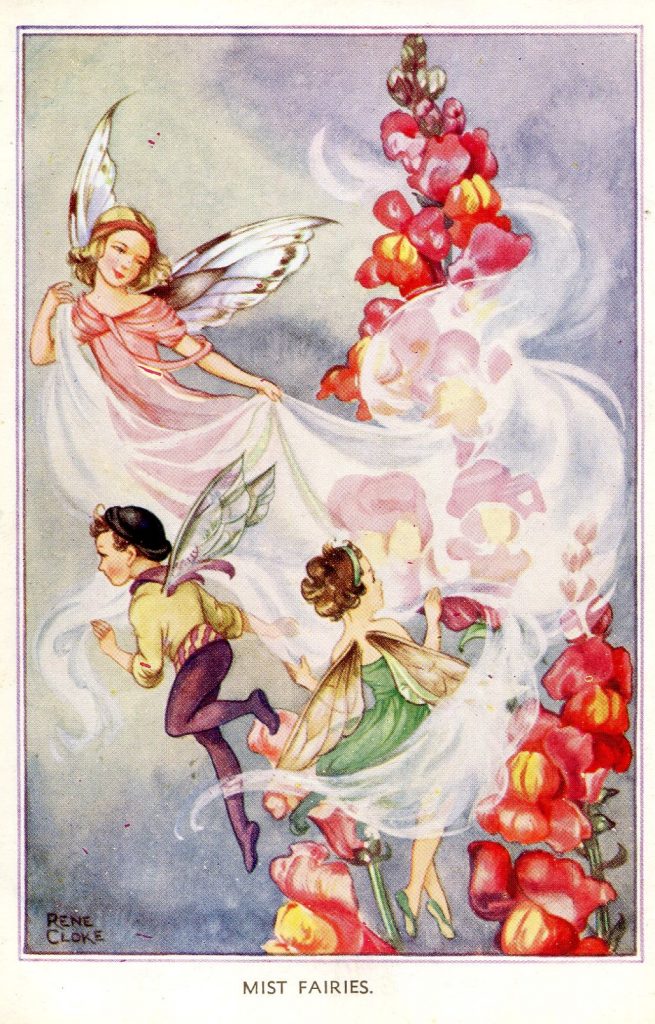 Cloke was a prolific book illustrator. Among some of the better-known tales she illustrated were Lewis Carroll’s Alice in Wonderland, Kenneth Grahame’s The Wind in the Willows, the Grimm Brothers’ Fairy Tales, Hans Andersen’s Fairy Tales, Little Women by Louisa May Alcott, The Brer Rabbit Stories by Joel Chandler Harris, and several Bible storybooks. She herself authored and illustrated dozens of books including The Woodland Stories and Before We Go to Bed.  Among some of Cloke’s larger undertakings were the retellings of well-known stories like Cinderella, Little Red Riding Hood, Jack and the Beanstalk, and Puss in Boots. 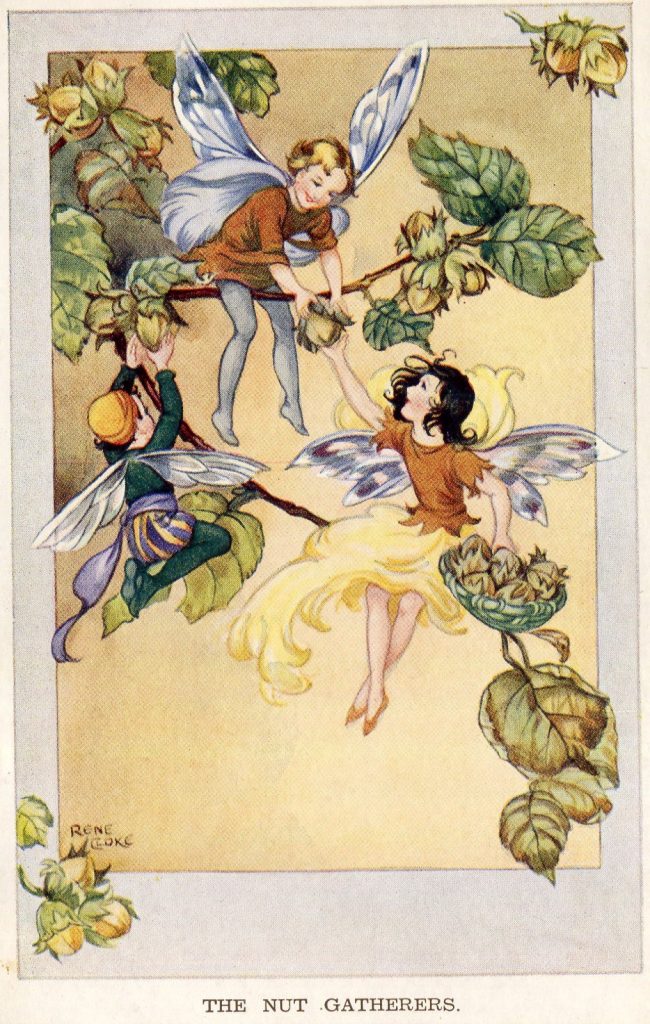 was the department of the British government responsible for the administration of the British army. Today it is conducted by the Ministry of Defense, but the name “War Office” is used for the office building located at the intersection of Horse Guards Avenue and Whitehall in central London. It is now a museum.

The job Rene Cloke held was that of a tracer. A tracer was a mid-grade professional artist or cartographer, responsible for producing maps from photographs taken during reconnaissance flights over enemy territory. The flyovers were standard preparations done by advanced forces.  Accurate maps were critical tools used by the Army and Air Force in their attacks on crucial weapon armories and supply depots. 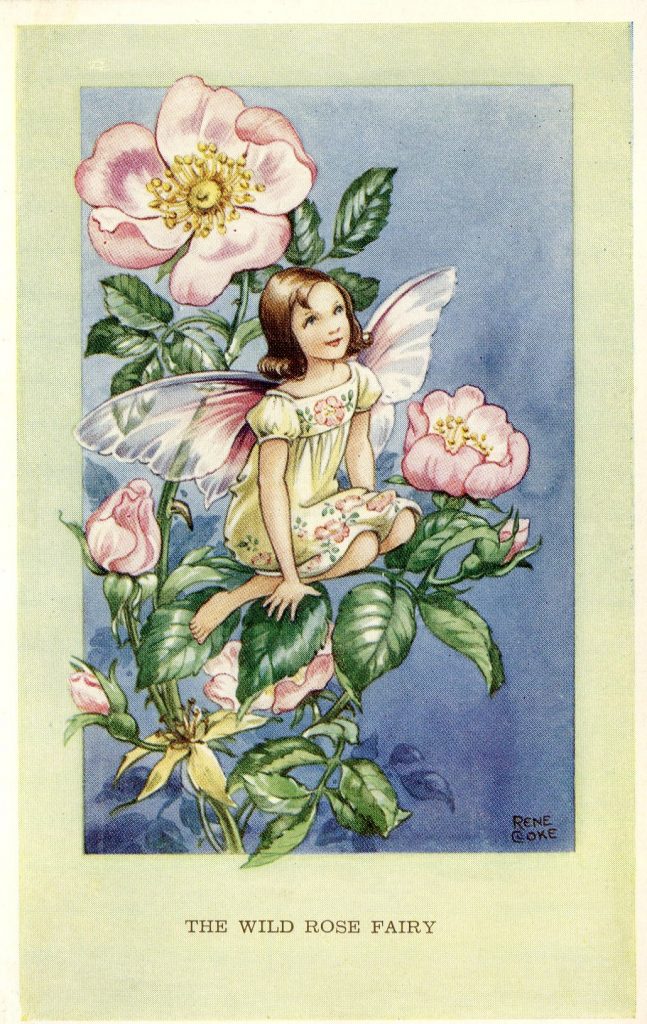 After the war, Cloke resumed her career as a writer and illustrator.

Late in the 1950s, the era in which she created the cards seen here, she moved to 31 Bernard Gardens, in Southwest London, where she worked until just four months before her death on October 1, 1995, at age 91.

Ray Hahn is a retired educator, but he has never stopped teaching. His decades of researching, writing and editing a newsletter for the South Jersey Postcard Club has been a world-class education in trivia. In addition to postcard collecting, Ray’s other interests include history, genealogy, and touring the world with his wife Marie. Ray often advises his readers to "Join me as we explore the world one postcard at a time." Ray and Marie live in New Jersey.
PrevPreviousOrganizing Some Outlandish Fashions – A Postcard Test of Organization
NextThe Case of the Everywhere MillNext
5 Comments
Oldest
Newest Most Voted
Inline Feedbacks
View all comments
Bob Kozak

I was surprised to read that the cards seen in this article were produced during the 1950’s — I’d have guessed them to be a few decades older than they are.

Loved this article and will soon be looking for some of Rene Clokes cards and books with her illustrations. Kudos to Ray Hahn

Outstanding research and looking for answers…oh my goodness, this is rich material and the discoveries are just wonderful to know about. Thank you for all of this leg work and knowledge of what this lady did during the war to help her country in so many ways. This is so rewarding to read about. Thank you, Ray Hahn!!!

I love these postcards too!

I love the postcards. I remember a book called Patrick’s Caravan, and I have discovered that Rene Cloke illustrated it.
I am very keen to get a reasonably priced copy, I think it was published in 1958. I loved the illustrations as a very young child and still do.
Seeing the postcards brought back memories as I am sure Rene Cloke was the illustrator of many of the books we had.
It is great to discover more about her.