Research of paper documents including postcards is easy. The researcher is usually guided by the two main characteristics of a postcard. First the image or subject identifies the origin of the card. When it is addressed and mailed a date and destination often completes the picture.

Other factors are the stamp and the cancellation mark, the caption, publisher information, stamp box design, and its “Post Card” apparatus. Speaking of which there were postcard publishers that used the same “Post Card” on every card printed, while others seemed to use different ones for every new production.

Captions in some cases, all being of the same font and size often identify a publisher. Production codes such as the ones used by Curt Teich (usually in the bottom right corner of the image-side) helps the researcher with the year, sometimes the paper and the job number from which a reasonable guess can be made as to the time of year the production was done.

Publisher’s logos help some, but seldom have an impact on the story. Even the design of the centerline is helpful on some European cards.

And, when most options fail try your sense of touch. I was once able to identify a publisher by touching the card and rubbing my fingernail across the surface. Yes, I know some of you are laughing, but try it sometime when you are examining a card published by the Hugh C. Leighton Company. The ink on most Leighton cards has a sandy feeling. Honest!

For the thorough researcher, the final step to confirm the information gathered is to find an identical card for sale on one of the ever-growing list of Internet websites selling postcards. Some websites are also growing in other ways too, in measured degrees of wrong, misleading, or incomplete information, ridiculous prices and sellers who don’t know a post mark from a postage stamp. And what is it with the price game so many eBay dealers are playing? I recently found a price of $100.91. Has our hobby become one of such precision? Please take this confirming step in learning about your collection but be careful.

So what does the researcher do when every attempt to discover a card’s history fails? The obvious choice is to ask your fellow collectors.

Asking other collectors isn’t always productive. Each of us has our own reason for collecting, possession is a huge factor and there are other reasons that simply do not include history.

Such is the case with the Pearl Series of postcards you see below.

The name Pearl Series comes from the script that is visible in the lower right corner of the image side of each card. There are vague references to an artist named Pearl Eugenia Fidler (1910-1990) who did other Pearl Series cards for the T. M. W. Brd (The T. M. Woodhead, Bradford) Publishing Company, but no solid information seems available. 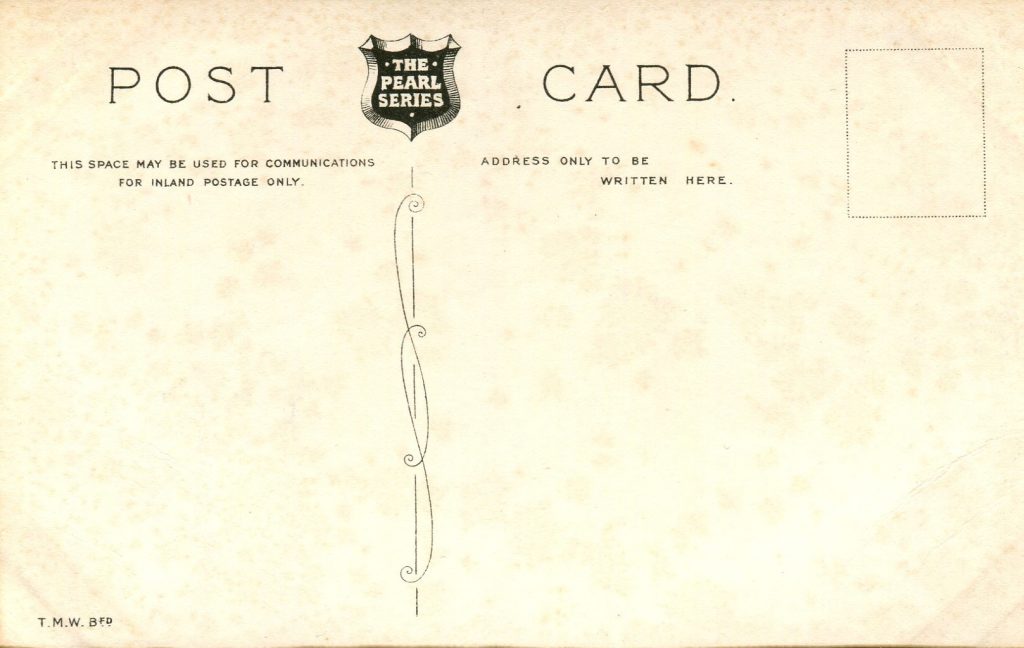 I have dubbed the set “London Faces” for the simple reason that only in England would we find people with similarly named occupations, except the Lawyers. In the UK a lawyer is frequently called a barrister or solicitor. 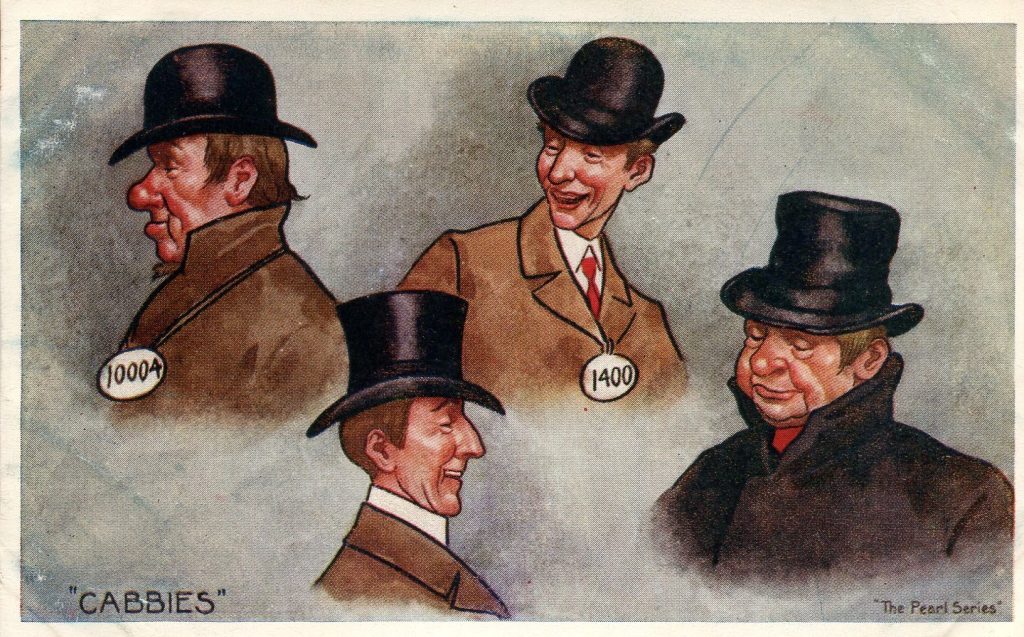 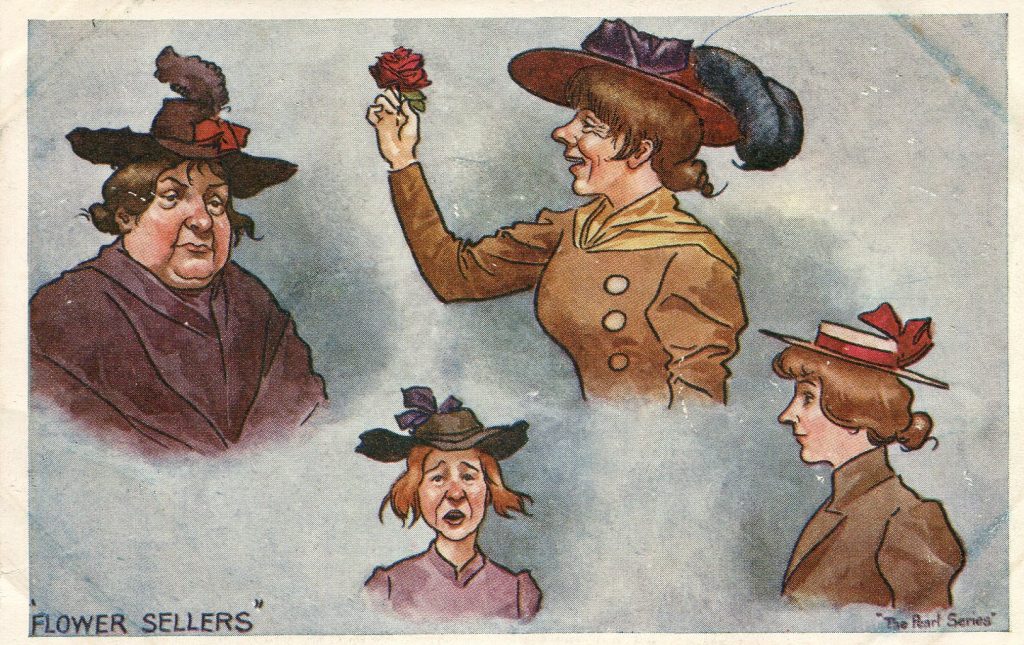 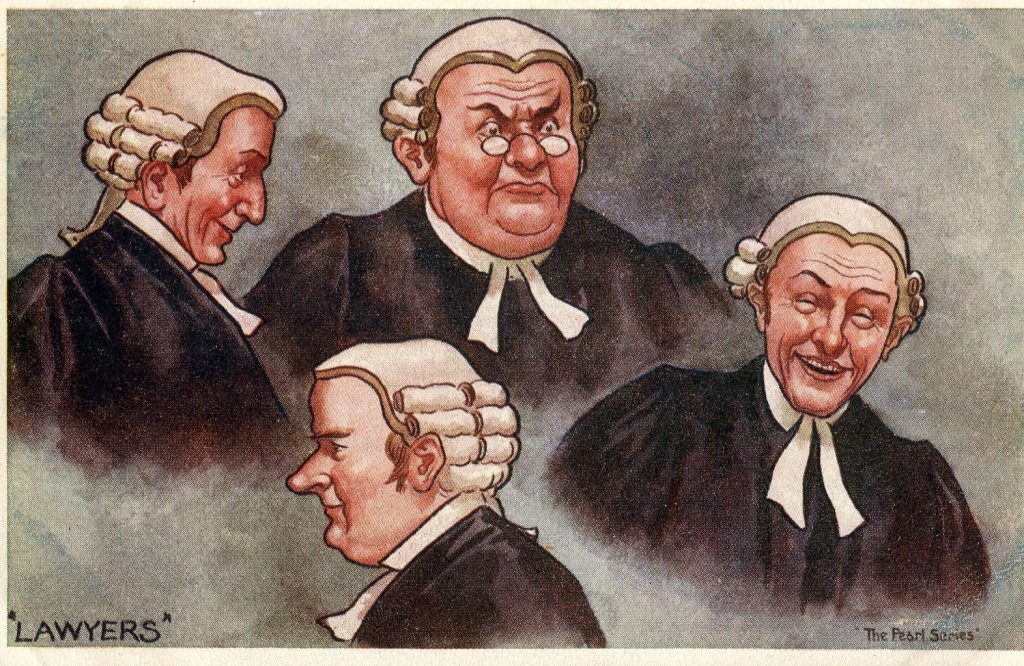 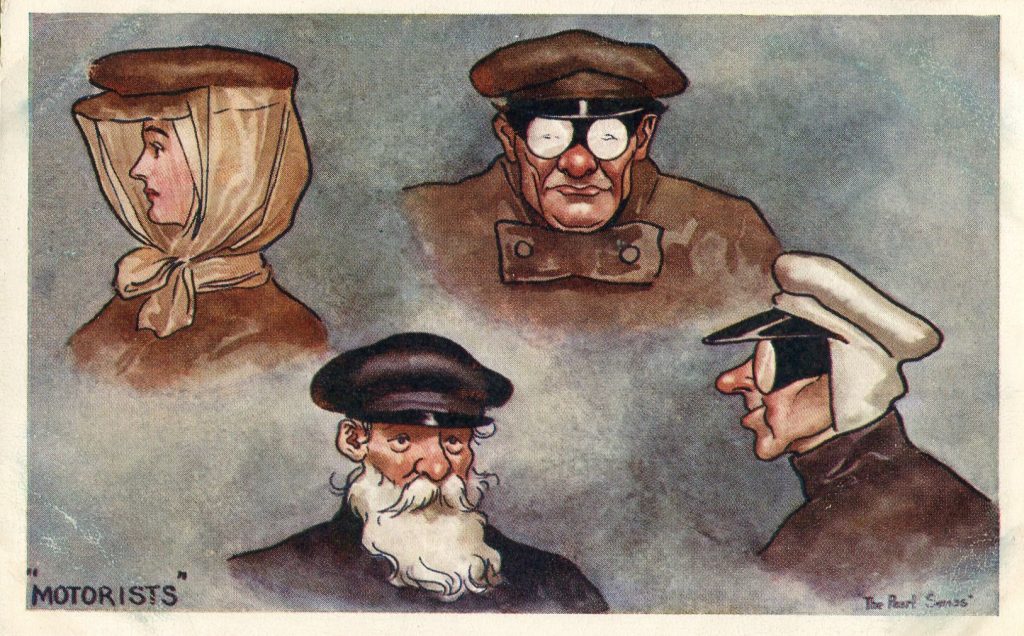 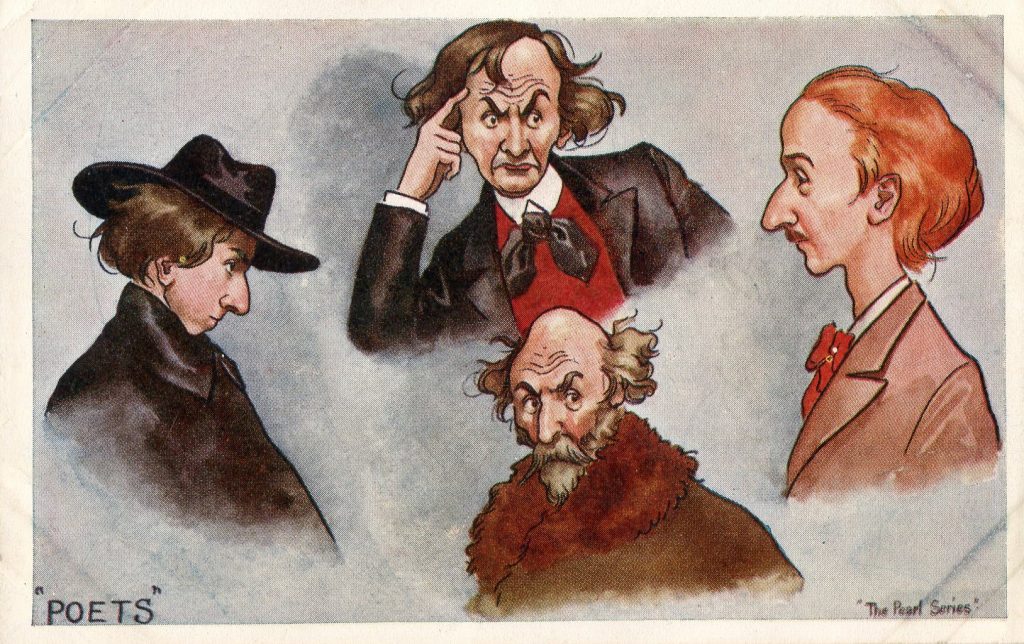 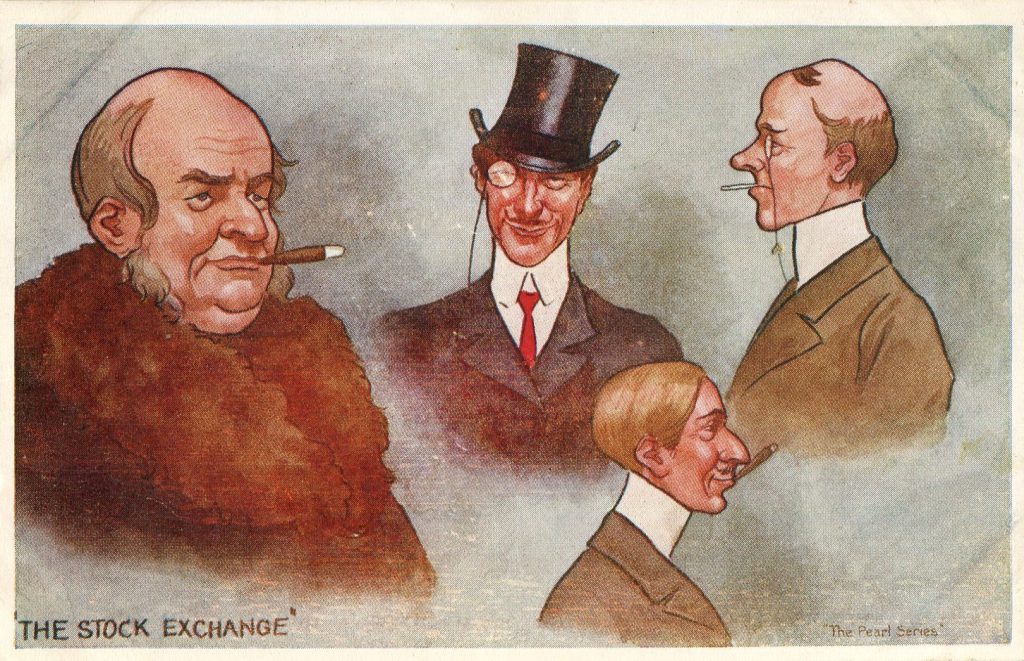 The most interesting event in researching this set is that four Internet postcards-for-sale sites have been scoured for identical cards and not one of these six cards appears on any of those sites.

Is this the only set like it? I doubt it. Perhaps one of our United Kingdom readers or someone else among the postcardhistory.net readers is an owner of an identical set? Are you willing to shine a light on these?

Ray Hahn is a retired educator, but he has never stopped teaching. His decades of researching, writing and editing a newsletter for the South Jersey Postcard Club has been a world-class education in trivia. In addition to postcard collecting, Ray’s other interests include history, genealogy, and touring the world with his wife Marie. Ray often advises his readers to "Join me as we explore the world one postcard at a time." Ray and Marie live in New Jersey.
PrevPreviousGreetings from Harrisonburg
NextPostcard History-First Sunday Mystery Card-August 2021Next
3 Comments
Oldest
Newest Most Voted
Inline Feedbacks
View all comments
Bob Kozak

i don’t recall ever seeing another card which specifies “for inland postage only”. i wonder if anyone attempted to send a “London Faces’ card to Canada or Australia and, if so, whether the card was destroyed, returned (if possible) to sender, or simply delivered as long as enough postage was affixed.

I love these “London Faces.” They are in that giant category, “have not seen these before.” There are so many postcards to learn about. Publishers, artists, sets, series, sometimes oversized for one reason or another and usually we never know why these are found. Very interesting article. Thank you.