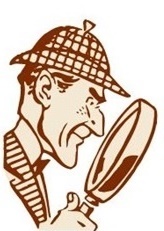 [Editor’s note: The July 2021 Mystery card remains unsolved. If you wish, you may still submit an answer to the July mystery card. – CLICK HERE.

This 1958 Dexter Press linen postcard is a humorist’s look at the old expression that equates the amount of fun you are having by comparison to a barrel of monkeys.

The expression first appeared in print circa 1840. In that era, more than two decades before the Civil War, it was meant to be a reply to questions about someone’s success or accomplishment. As a remark laced with sarcasm and irony it often described something that was not fun, nor could ever be imagined as fun.

Some of the most colorful uses of the expression are …

These lofty examples and some of the variations such as “a cage of monkeys,” “a wagon-load of monkeys,” or “a barrel full of monkeys,” all leave the measurement of the fun-factor to the imagination. None sound like much fun, but even if the measure is questionable the expression made its way to the postcard world.

To other worlds, too. A World Record was once recorded by Guinness concerning something called a monkey-chain and there is a children’s game called “Barrel of Monkeys.”

So, the question is, “How many monkeys are in a barrel?”

Send your answer to editor@postcardhistory.net.

You are welcome to make comments as usual, but please don’t spoil the challenge for others by answering the mystery in the comments section. 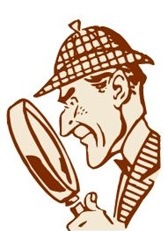 The Staff of Postcard History offers this article for your enjoyment. It is a combined effort of many: our publisher, editor, webmaster and collectors/contributors far and wide. Please use the COMMENTS feature below to let us know how we're doing.
PrevPreviousPostcard Research
NextCharles W. Goldsmith’s Official-Columbian Exposition Postal CardsNext
3 Comments
Oldest
Newest Most Voted
Inline Feedbacks
View all comments
Peter Meggison

I don’t believe this is a linen post card, though–isn’t it?

I am familiar with the term although I always thought it derived from the monkeys which performed on top of barrel organs. I thought the amusement value of the monkey was limited and that ‘more fun than a barrel of monkeys’ was a sarcastic reference to the fact that several monkeys dancing on a barrel organ still wasn’t funny.

When I was a kid, the Monkey Island attraction at the Cleveland Zoo featured a rope bridge equipped with a barrel that the denizens could crawl through, so I’ve literally seen a barrel full of monkeys.