Colorado’s Garden of the Gods

As a young airman in the mid-1960s, I discovered The Garden of the Gods. To me it is the most unusual landscape in the world. With its rock formations, balanced rocks and vivid bright red color, it leaves one wondering how this could have been created. 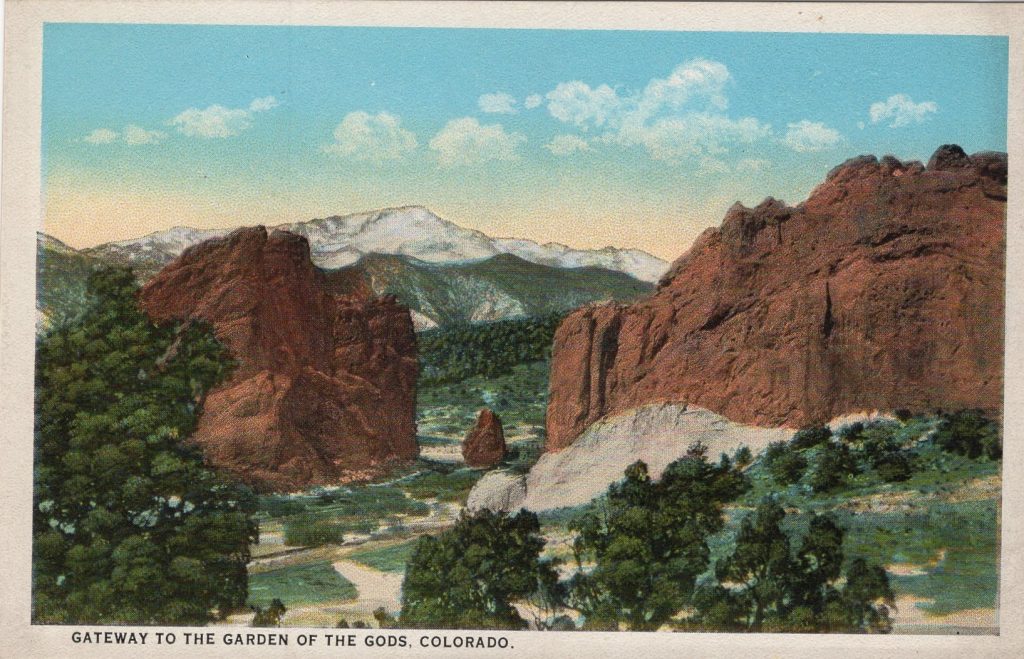 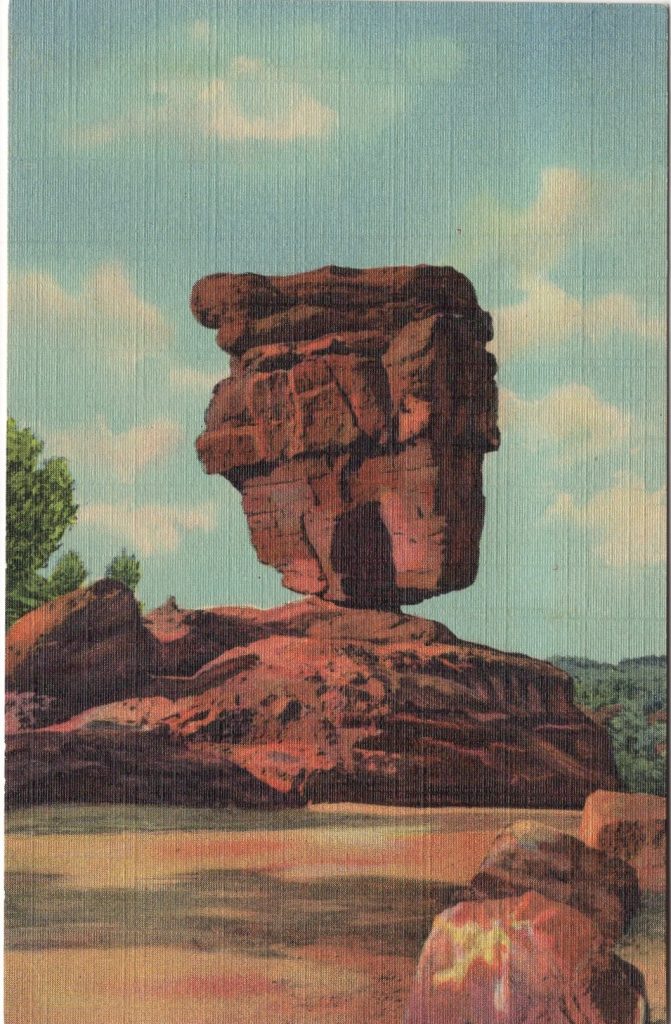 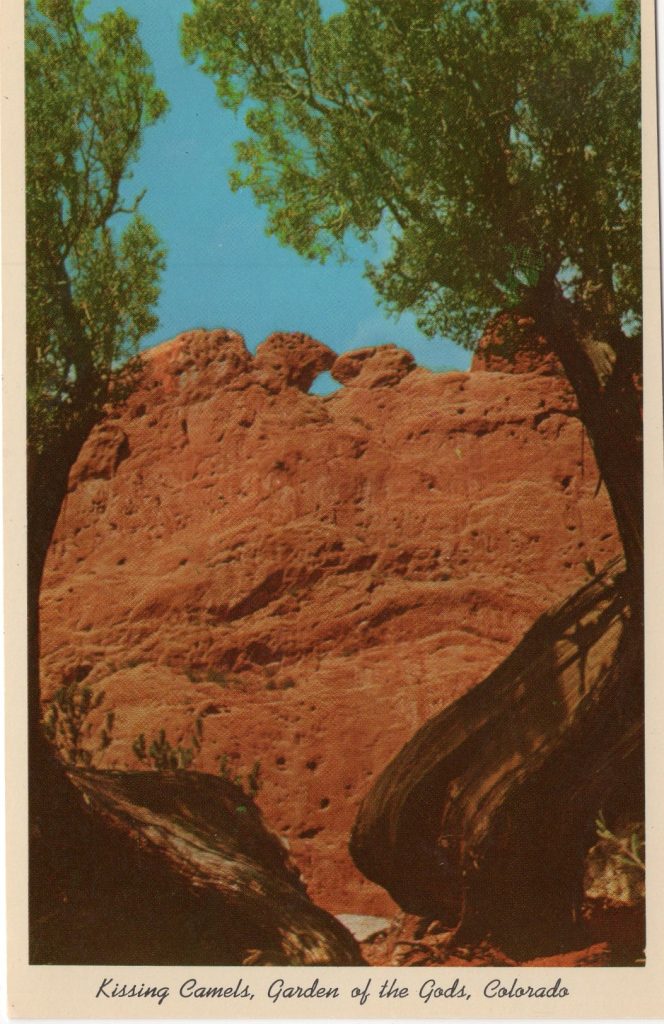 In 1879, Charles Elliot Perkins purchased a portion of the land containing many of the famous formations. Perkins felt the property should be available for the public to see. At his death in 1909, the property was given to the city of Colorado Springs with the stipulation that the park remain free for the public to visit.  Since then, the park has grown to over 1,334 acres, mainly from gifts of other landowners. 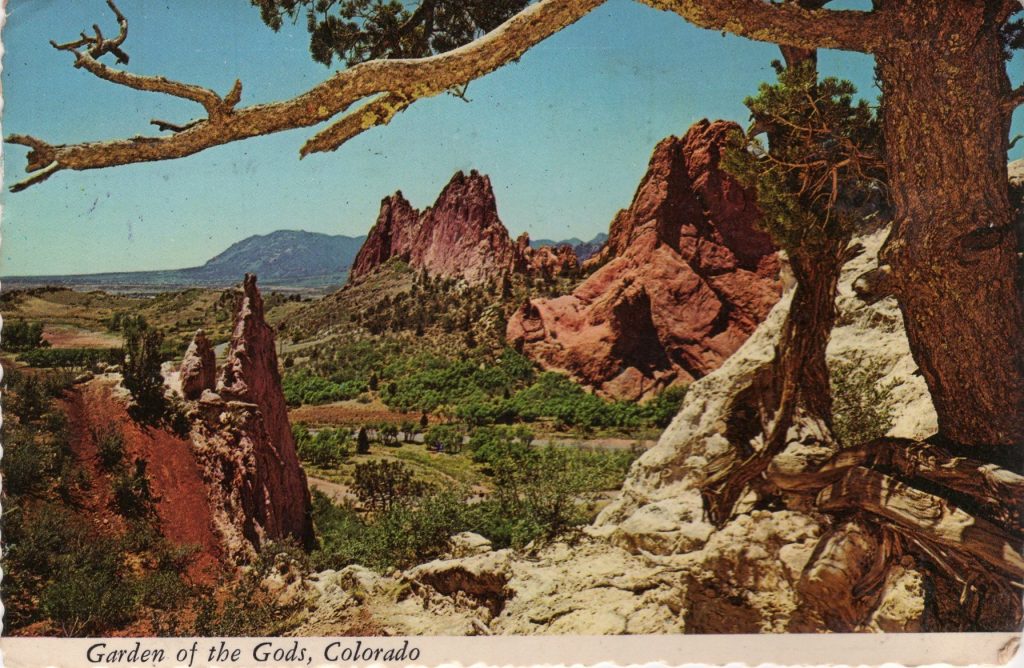 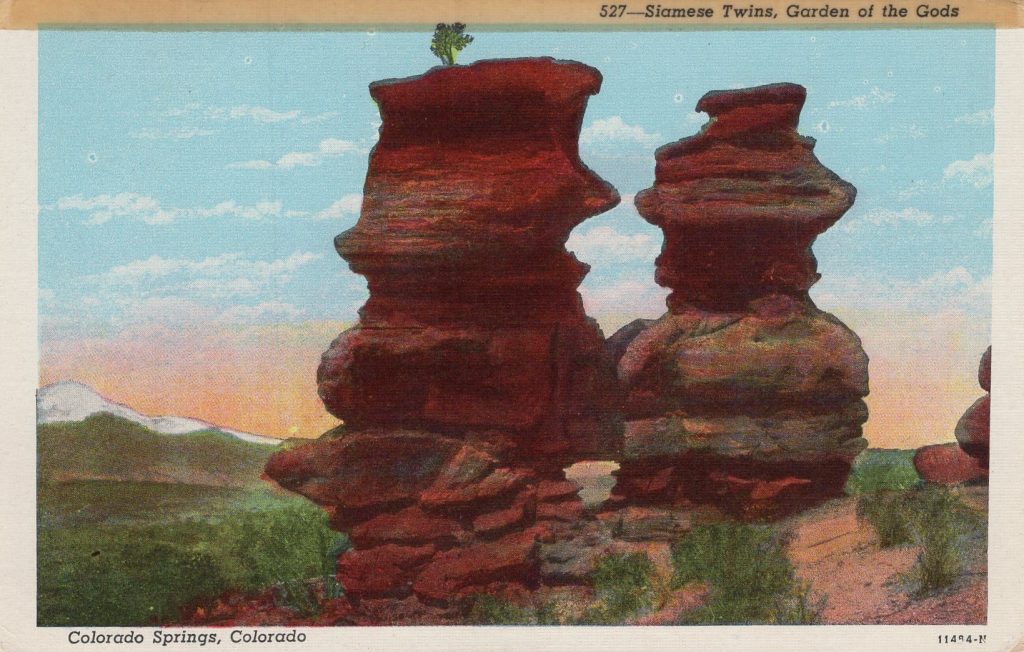 These formations were created millions of years ago during geological upheavals along a natural fault line. The upheavals that created the Rocky Mountains had the effects of pushing up layers of rock.  Over the years, the softer sands and soils have eroded leaving the unusual formations such as Balanced Rock and the Siamese Twins. 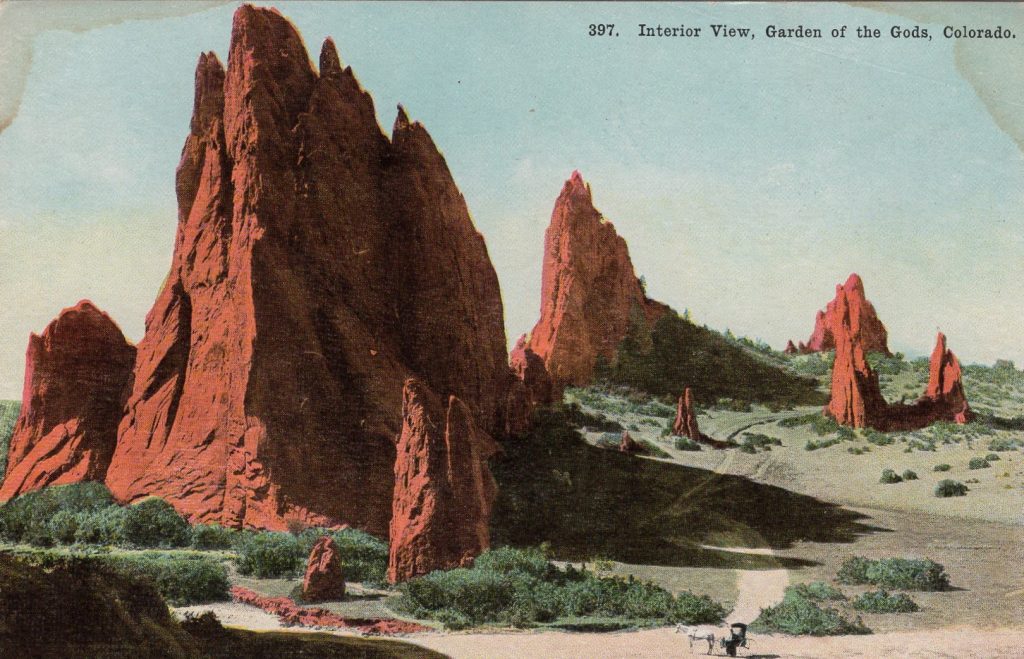 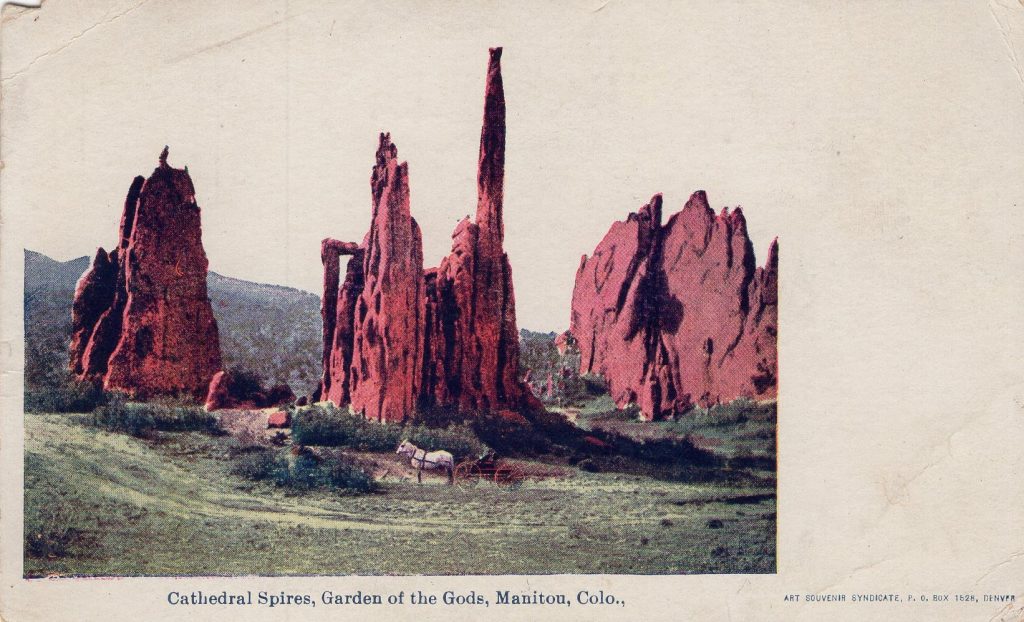 This garden of rocks has attracted people over the years. There is evidence that prehistoric people visited the area as early as 1330 BC.  By 250 BC, native people were camping in the area. Many native American nations have visited the area.  The Ute tribe felt the area had spiritual connections and warring tribes held “council” here without fear of attack.

In 1879, Professor James Kerr discovered a dinosaur skull in the park. It took until 2006 (127 years) for research technologists to affirm the skull to be unique. It was named Theiophytalia Kerri.  The name honored the place and the discoverer. “Theios” is Greek for belonging to the gods, and “Phytalia” means gardens. 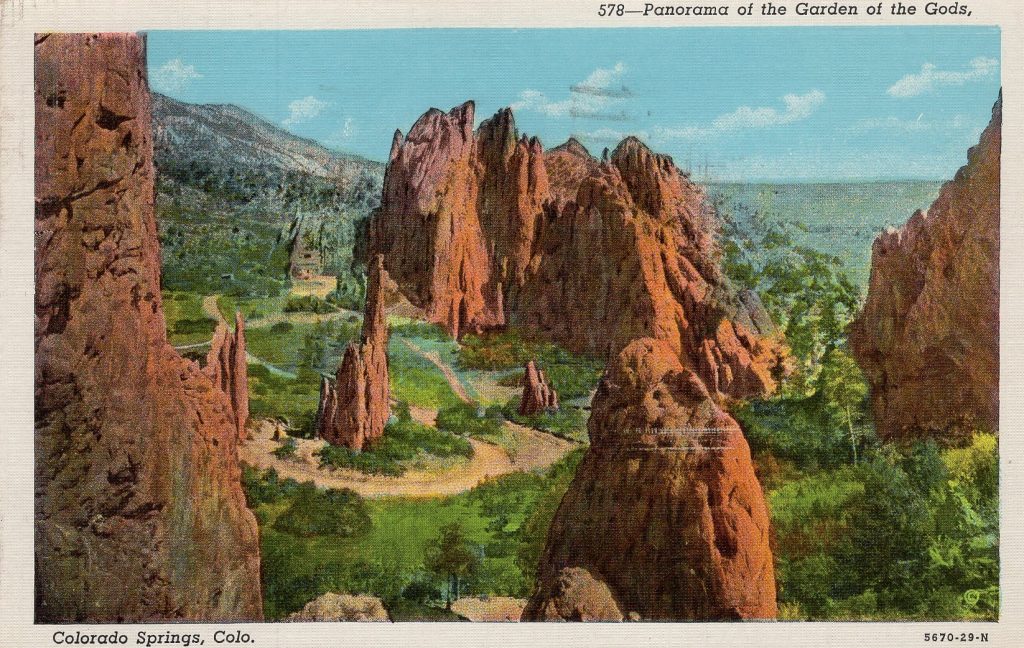 Today, the park has as many as two-million visitors each year. Many of the rocks are available for climbing if proper gear is used. It is a wonderful place to visit. Thirty years after I discovered the Garden of the Gods, I took my 80-year-old parents to see the park and they were in awe

Tony Crumbley has been a collector of stamps and postal history since childhood. He has authored numerous articles over his career as a philatelist. He is the current Co-Editor of the North Carolina Postal History Journal, a job he has had for over 25 years. He is a General in the Civil War Philatelic Society where he served as president. He lives with his wife, Renea, in Charlotte, North Carolina, and is the retired Vice President of Research for the Charlotte Chamber of Commerce.
PrevPreviousOld Ship Card Shows Great History
NextThe Sho-Gun – A 1904 Broadway Comic OperaNext
4 Comments
Oldest
Newest Most Voted
Inline Feedbacks
View all comments
Jill

Been there a couple of times. A Really wonderful and enchanted place to visit.

Since Melancthon means “black earth”, Melancthon Beach would be a good name for a resort with dark sands.

This is a longtime family favorite place to visit when near Colorado Springs.