Almost a month to the day after my thirty-ninth birthday, my grandfather died in his sleep. He was a grand old fellow. He could speak, read, and write in three languages and understood three others. He earned a doctorate degree in the humanities from Columbia University and managed some post-graduate work at the London School of Economics and the Sorbonne in Paris. He was an inspiration of the first-order.

My grandmother was every bit his equal. They met and married in London during World War II. When they came home to America in 1946, they settled into a small apartment in New York City’s Upper West Side and stayed there until he retired.

My father invited his parents to come and live with him in Vermont after their retirement and to the surprise of everyone in the family, they agreed. Shortly after they settled in, we spent a long evening at the dinner table reminiscing about events that marked milestones in our lives: one of which was the day of my tenth birthday.

On March 25, 1981, my grandfather and I climbed the stairs inside the Statue of Liberty. Dad, Mother, and Grams waited for us on a bench outside. It was a cool, bright-sunny day. It only took Gramps and me about 40 minutes, but when we rejoined my parents, we both needed a few minutes to recover.

Grams started it, “So Tim, how many steps did you climb?”

“One-hundred and sixty-two,” I replied, “but I could have done five-thousand!” Remember, I was ten years old – that was pure, juvenile braggadocio.

The banter continued and that birthday was most memorable.

In the early morning of the next day, we prepared to return home and a few minutes before we left their apartment, Gramps handed me one of his business cards.

He challenged me to climb five-thousand steps. On the back of the card was the following list.

Gramps wrote the date of our adventure at the Statue of Liberty on the card. When he gave me the card he said, “These are a few of the steps I have climbed.”

Late last March, on the 28th, a cold, but sunny afternoon in Rome – 40 years and three days after my tenth birthday, I finished climbing the same 5,089 steps that my grandfather listed on the card I have carried in my wallet for forty years.

It is a pleasure to report my progress for Postcard History readers, knowing full-well that many of you have had similar experiences. I haven’t counted for a long time but I’m sure that I have at least 25 to 50 cards from each of the seven places Gramps wrote on the back of his card back in 1981. Those that follow are my favorites, arranged in the order of achievement. 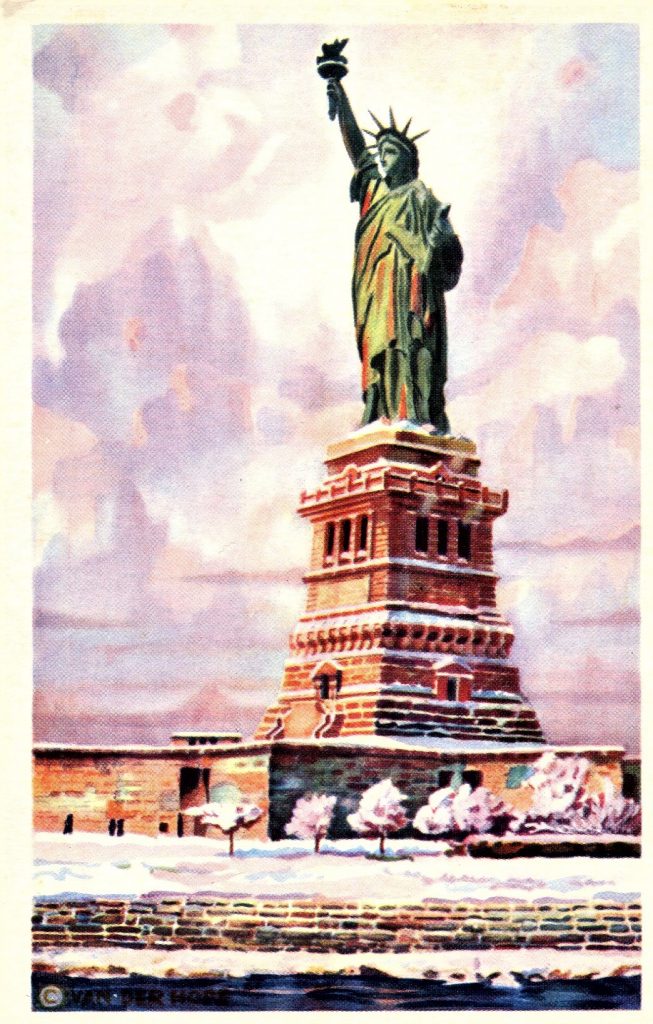 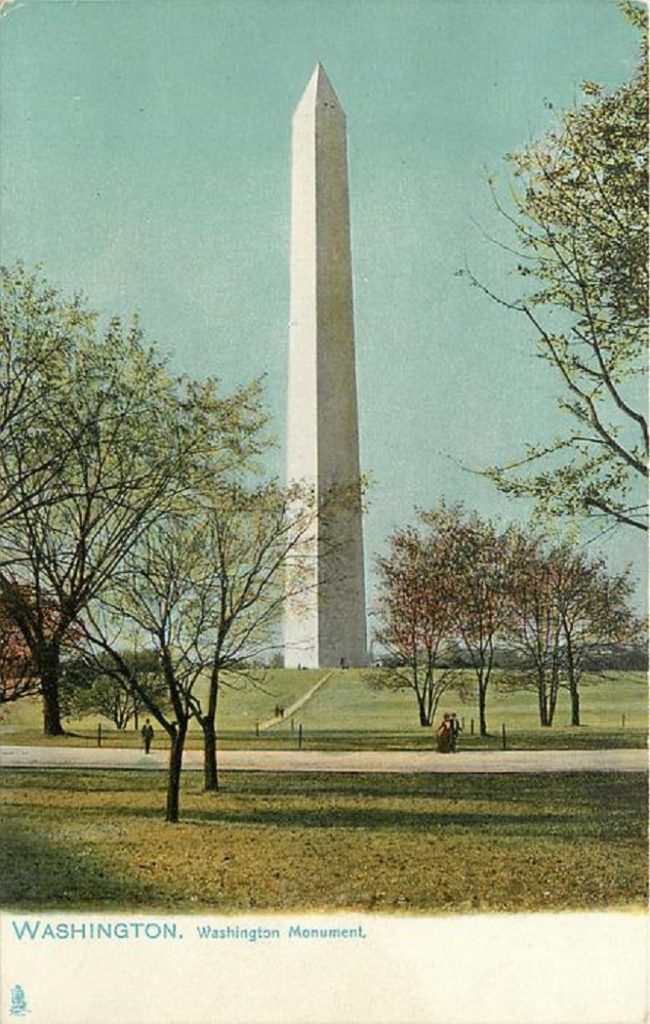 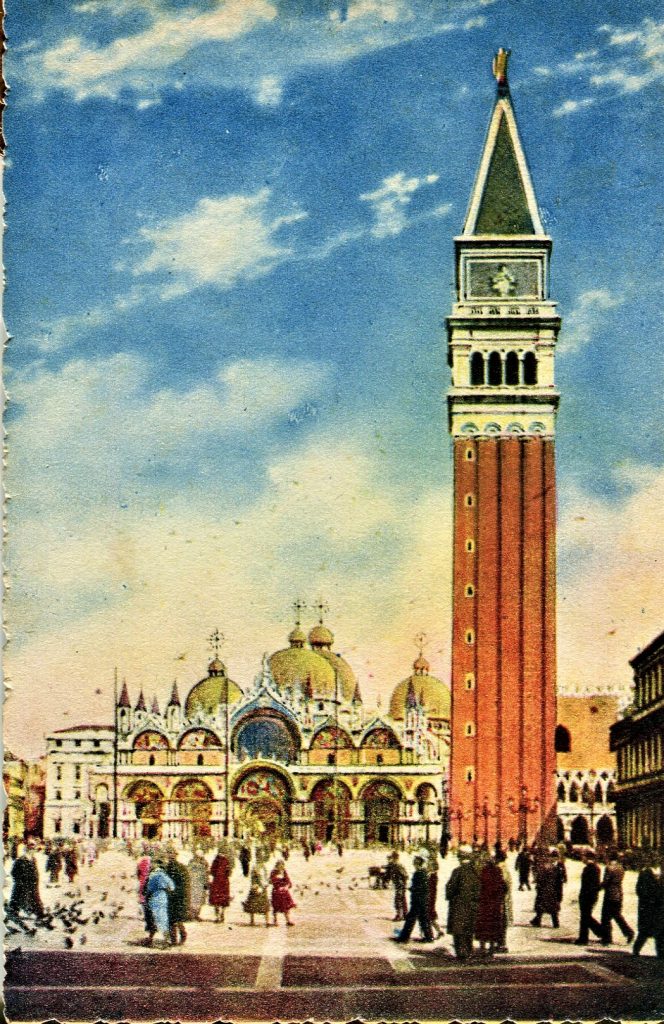 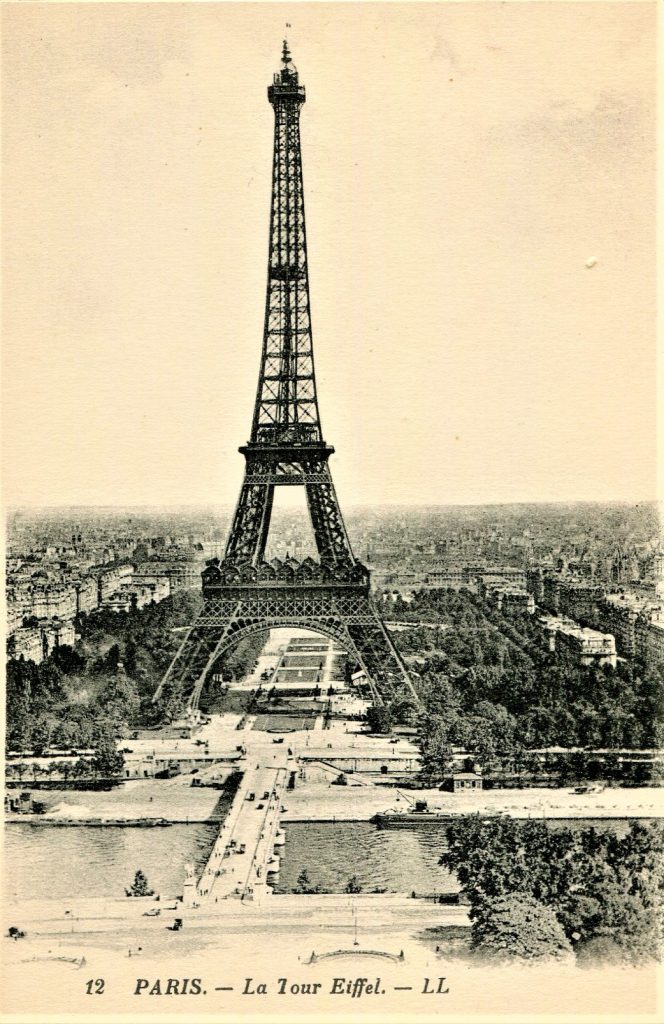 It would be wonderful if you would share your step-climbing experiences in the comments section below. 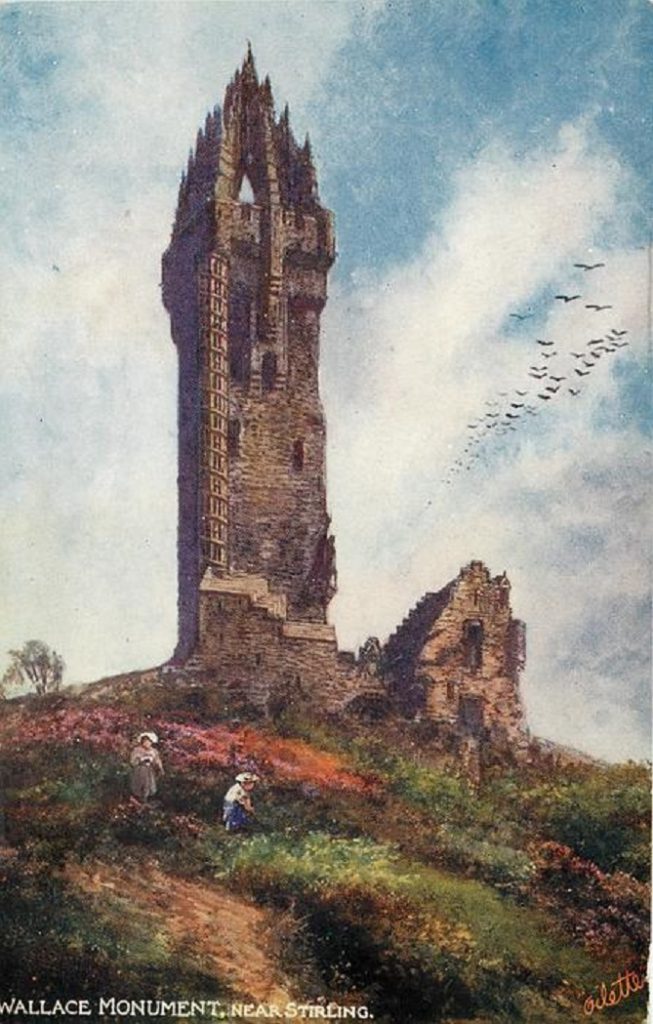 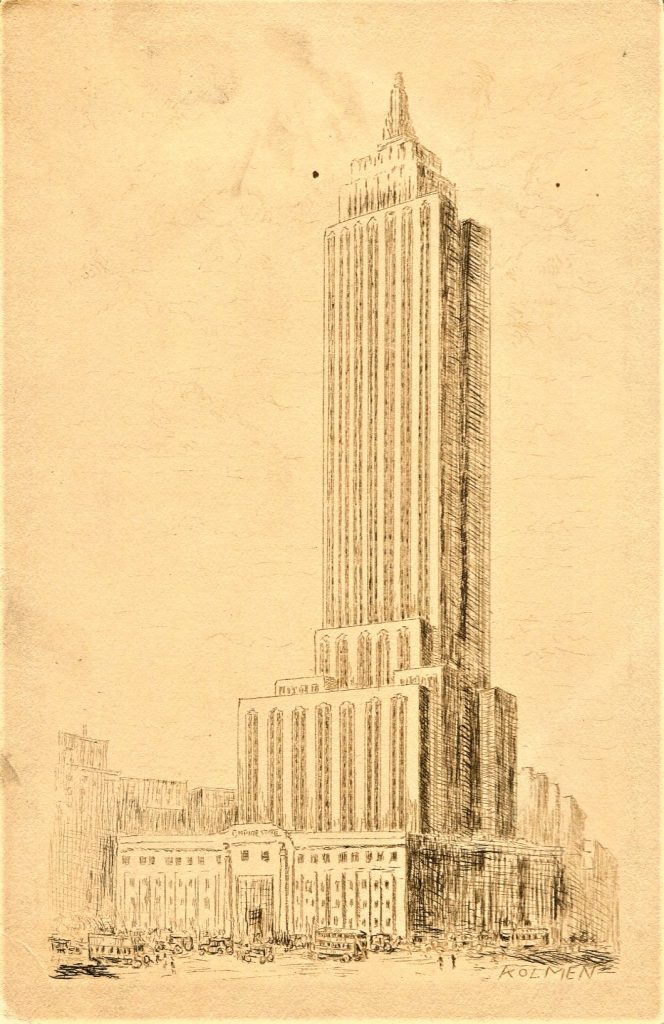 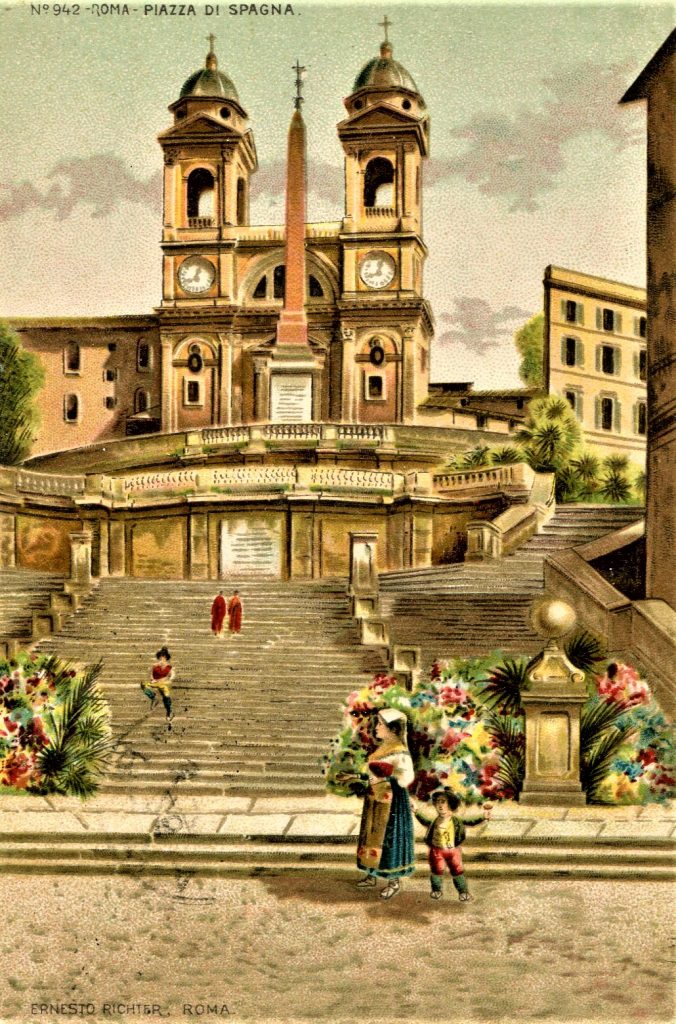 Climbing steps has been a passion of mine since that day when Gramps challenged me to follow him up the stairs of so many of the world’s most wonderous places. Collecting postcards has helped me remember.

Lovely article, and beautiful postcards.
Thanks~

Do ramps count? I remember the Mamouth Caves National Park in Kentucky when I was eight years old. Once through the huge door to the cave my parents, brother, and I descended for what felt like miles, first on a broad smooth dirt road, then on ever-narrower paths until we reached a huge room with picnic tables where we had a boxed lunch. A sweater was required at that point. There were many steps along the way but who was counting?
Unfortunately, I no longer have any postcards from that trip.

Unfortunately the stairway past the second floor of the Eiffel Tower has closed. Energy of youth along with a week of shipboard freedom, detoured from the coast for Paris to attend four consecutive shows of the Rolling Stones (1976 Tour of Europe). Each non-Navy day I tackled the Eiffel Tower ladders This is small when compared to your rich in adulthood accomplishment of matching the challenge your grandfather set in place. Pictures tie-in with a fantastic story.

The Spanish steps in Rome were easy for me…I only walked DOWN them.

My major step-climbing experience was courtesy of my job as a vendor at the old Cleveland Stadium, where I ventured from lower deck to bleachers and upper deck hawking popcorn, beer, soda, and other ballpark staples.

An enjoyable read. Thank you…and well done with the steps.

I am in awe. Thanks for a great article