The Equitable Building Fire in 1912 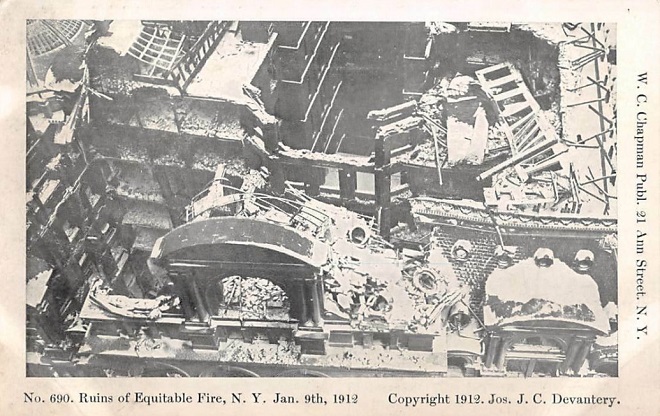 On the 100th anniversary of the fire at which Battalion Fire Chief William J. Walsh died in the line of duty, a New York Times reporter wrote: If that enormous White Star liner had made port on her maiden voyage that year, 1912 would probably have been known by generations of New Yorkers as the year of the great Equitable disaster.

The account continues, On January 9, 1912, when the “city’s first skyscraper” erupted like a volcano on lower Broadway, the world seemed to be ending in fire and ice. Horse-drawn fire trucks clattered to the scene from around Manhattan and thundered to the island over the Brooklyn Bridge, but to no avail, as temperatures dipped to 16 degrees and winds gusted to 68 miles an hour. Water was turned to spray, spray was turned to ice and soon the equipment and then the enormous structure itself were turned into fantastic frozen sculptures. 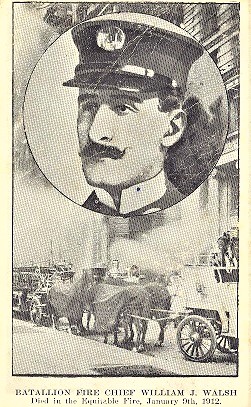 Battalion Chief William Walsh was killed on the fourth floor as the interior of the building collapsed around him. Five other men died, including three who were trapped on the roof seeking a route to safety. Extension ladders were far too short to reach them. A lifeline shot over from a nearby tower burned and snapped before they could use it. Rescuers and bystanders then watched helplessly as they tumbled — one by one — into the inferno behind them.

A fire that had begun at dawn was not under control until nightfall. Darkness settled on a structure marvelously sheathed in ice with the blaze of the timbers within still red.

By 1915, a massive new Equitable Building stood on the same plot of ground.

The old Equitable Building was constructed in stages beginning in 1869, ten years after the company was founded. Eventually, it rose to ten stories, tall enough in its day that the rooftop observation deck was a popular tourist attraction and the site of the city’s weather bureau.

New Yorkers might have had a hard time that day imagining a catastrophe sufficient to make them forget the fire at the “fire-proof” Equitable Building any time soon. But four months later, on April 10, the [HMS] Titanic set out on her maiden voyage to America.

The postcard featuring Chief Walsh (above) has no publisher’s information. There are two sets of postcards of this event, (1) a four-card set published by Alex Marburger showing two views of the Main Entrance, a view of a rescue in progress, and a view of the street on the morning after the fire; (2) another set also likely to have four cards includes one which shows a fire department pumper covered with ice.

Equitable fire postcards are easy to find, especially in the northeast and on eBay. Here are some examples. 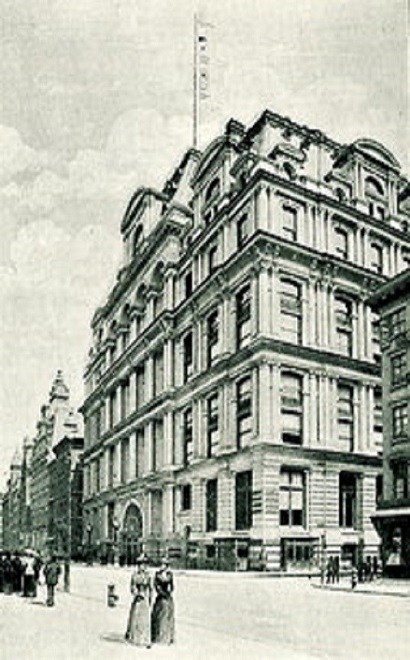 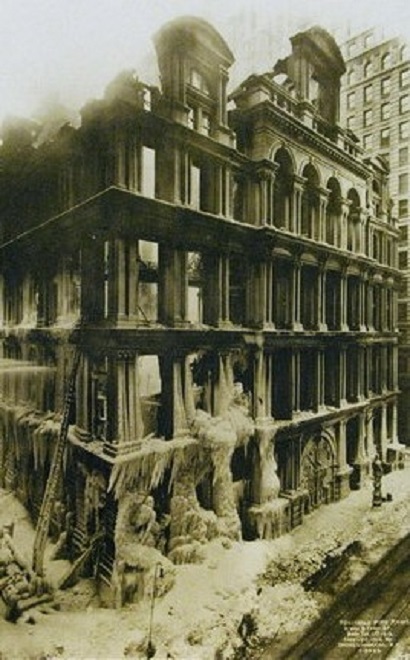 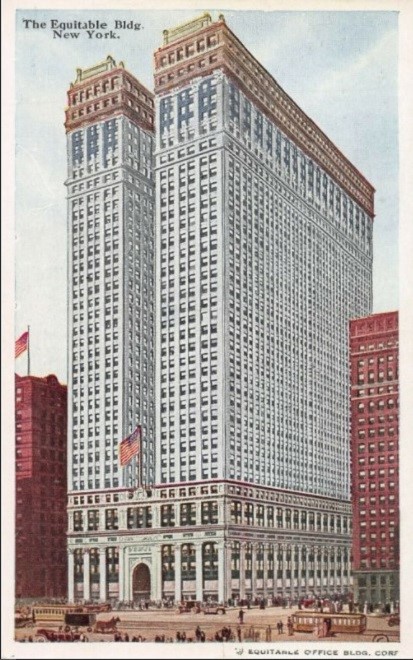 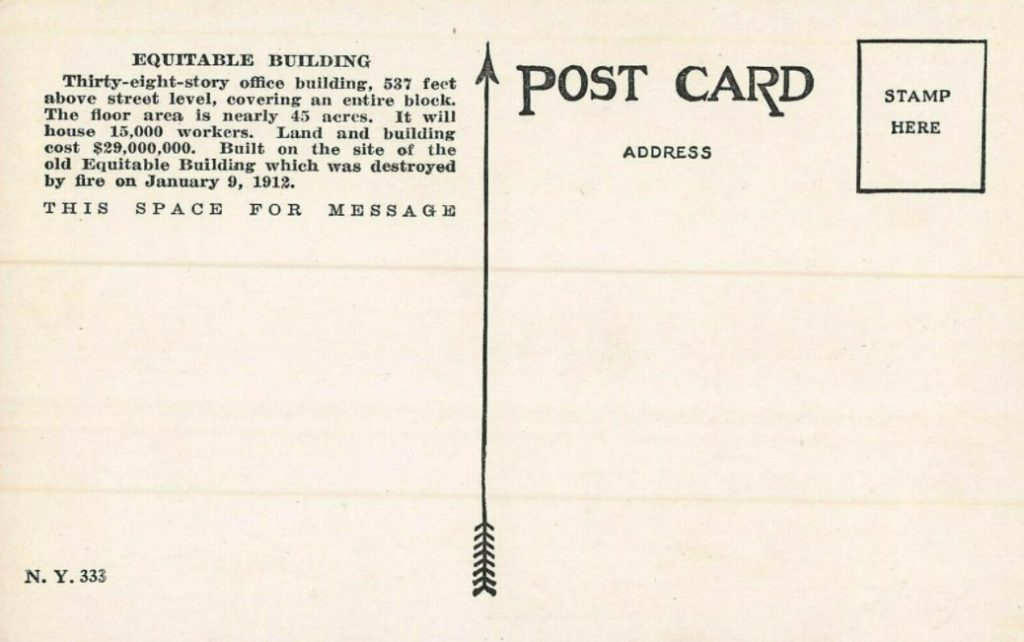 The Staff of Postcard History offers this article for your enjoyment. It is a combined effort of many: our publisher, editor, webmaster and collectors/contributors far and wide. Please use the COMMENTS feature below to let us know how we're doing.
PrevPreviousSo Many Steps
NextA Tour of English CastlesNext
6 Comments
Oldest
Newest Most Voted
Inline Feedbacks
View all comments
Bob Kozak

The proper designation for the ill-fated liner is RMS Titanic, with the initials standing for Royal Mail Ship.

Never knew about this piece of history! Hope they had insurance 😉

Oh wow. I did not know about this…You can tell by my question that I live in Kansas and know next to nothing about NYC, other than I have been to visit several times in recent years, but I assume that the Equitable Life building we see that was rebuilt in 1915 has since been demolished and something even more spectacular is in its place today. The one that burned and this one built in 1915 are so amazing…Thanks for this story, and yes, 1912 would have been remembered differently if that iceberg had not hit the Titanic. (A favorite… Read more »

The Equitable Life building still stands proud at 120 Broadway in the financial district of Manhattan. I remember reading at some time that the original plan was to be 40 floors, but it was reduced to 30 or 35 to ensure elevator safety. I have never visited any of the upper floors, but the lobby is truly beautiful. It is a marble covered hall that extends the whole depth of the building through to Nassau Street. The ground-floor occupants include the Capital Grill and two banks. The insurance company sold the building around 1980 or 1985 to a real estate… Read more »

Oh thanks very much. I have been to the Trinity Church cemetery, but was looking for Alexander Hamilton’s grave and totally did not see the Equitable Life building. I will have to go back and look again. This will be on my to do list. Much appeciated.

Thanks for this article. Chief Walsh was my great great grandfather