When something or anything is so big that its story can’t be told in less than volumes, the facts and details simply do not matter to the average person seeking knowledge. An account of the General Motors Company is such a story.

Our interest is in postcard history; therefore we will concentrate on the General Motors Company, not as the world’s largest (at least for 77 straight years from 1931 to 2008) manufacturer of automobiles, but as a multi-national corporation that used postcards to advertise their products.

The world will long remember some of the brand names of General Motors vehicles: Cadillac in 1902, Buick in 1903, Oldsmobile in 1908, and Pontiac in 1909. In 1911 one of GM’s founders along with the Swiss racecar driver Louis Chevrolet founded the Chevrolet Company which in turn later that year became part of GM. GMC was reincorporated in Detroit as General Motors Corporation in 1916.

It should be remembered that GM manufactured many other brand-named cars. To name only a few there was Elmore (a luxury private car maker), Welsh (limousines), Cartercar (roadsters), and Oakland (a specialty concern making custom ordered high quality vehicles that was a predecessor of Pontiac). A decade later GM acquired Vauxhall and the Yellow Cab Manufacturing Company when its president John D. Hertz joined the GM board of directors. Harley Earl joined GM in 1927. And within the next decade expansions, mergers and acquisitions happened at regular intervals.

A history professor once said that if Charles Dickens wanted to write about “the best of times and the worst of times” he would have set his novel in America. The United States in the 1930s was not a tale of two cities; it was a tale of everything with two-faces. Every aspect of life had its extremes. The automobile manufacturing business and car ownership was no exception.

Postcards from the era remind us of how vividly different life on Main Street was from life on Wall Street.

Cadillac was General Motor’s first brand. The name came from its founder Henry Leland. He named his company after Antoine de la Mothe Cadillac, the French explorer who was the founder of the city of Detroit, Michigan.

The Buick brand evolved from a company founded in 1899 by David Dunbar Buick. Buick was the foundation on which General Motors was built and incorporated in 1908. It was the first American company with an unencumbered corporate structure, and it was among the first American automobiles to advertise to the general public. In the 1930s, Buick stood alone in the industry, while other manufacturers had moved on to V-8 engines, Buick continued to use straight-8s, using the sound reasoning that power flows in straight lines. 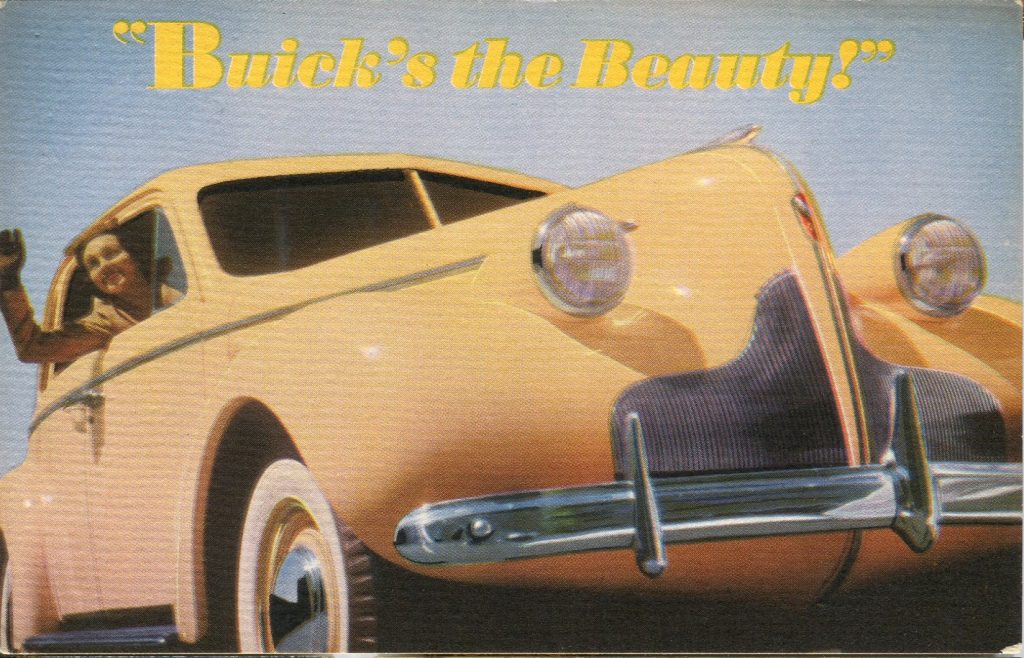 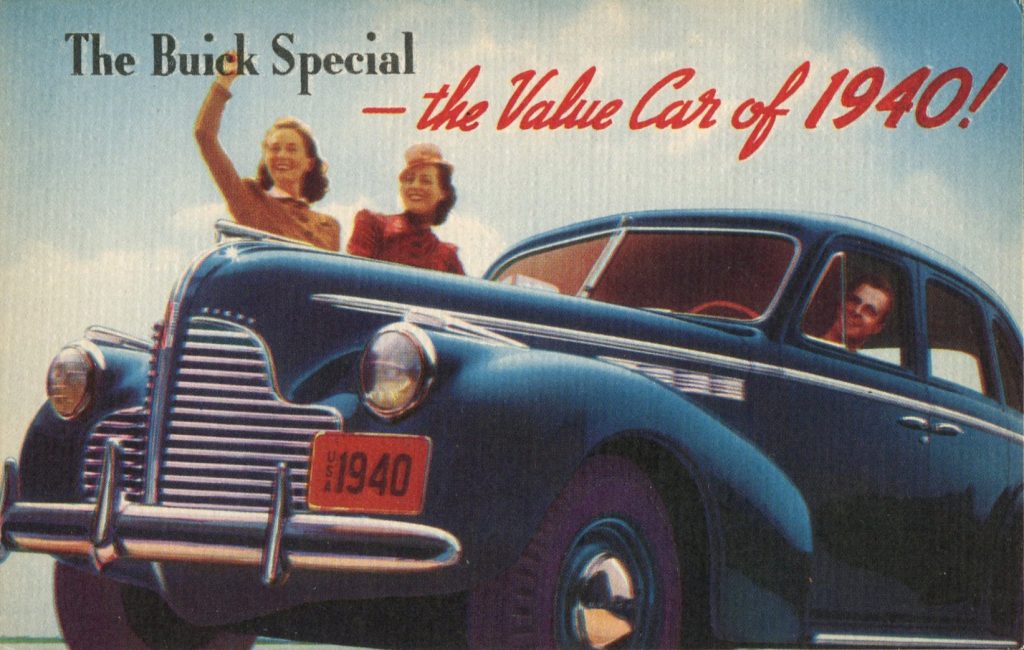 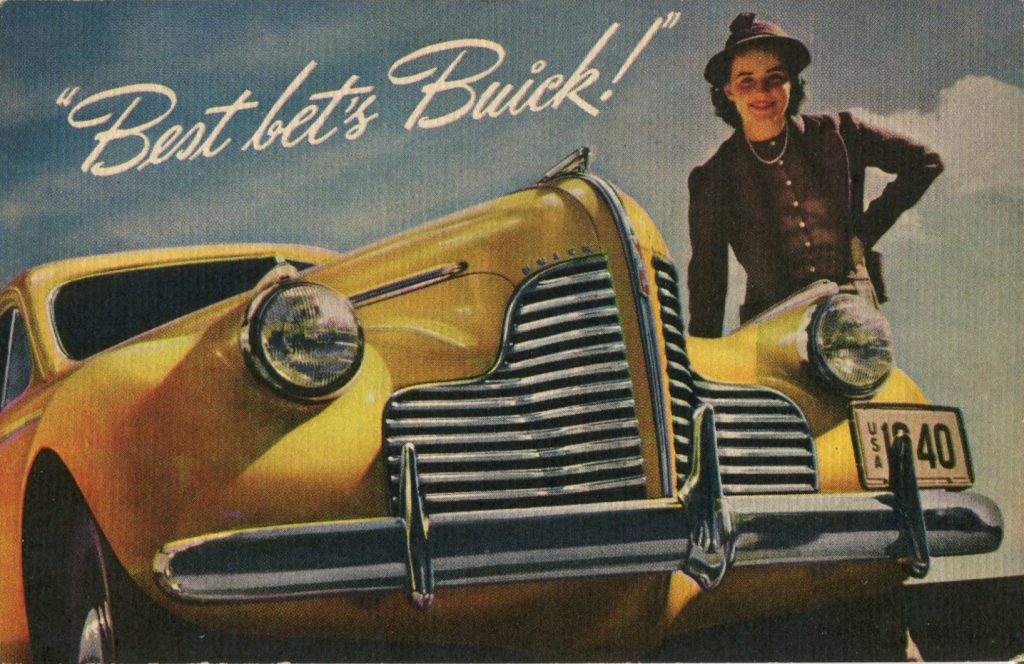 The Oldsmobile and Pontiac brands debuted at GM in 1908 and 1909 respectively. Oldsmobile came when the company bought out Ransom E. Olds, who had powered his innovative vehicles with both steam and gasoline engines as early as 1897. General Motors discontinued the Oldsmobile brand after 107 years of successful production.

Pontiac became a separate division of the General Motors company in 1931 when the Oakland was discontinued. Pontiac was named after Chief Pontiac the leader of the Ottawa tribe of Native Americans. Pontiac suffered the same fate as the Oldsmobile at the hand of General Motors executives. Production ended after 80 years.

In 1911 the General Motors chief executive, William C. Durant, joined the Swiss-born racecar driver brothers Arthur and Louis Chevrolet and founded the Chevrolet Motor Car Company. It was the intent that the Chevy would be a less expensive (read “more basic”) brand that would compete directly with the Model T being manufactured by Henry Ford. As planned the brand overtook Ford in less than a decade and by 1919 was selling approximately 154,000 units annually. 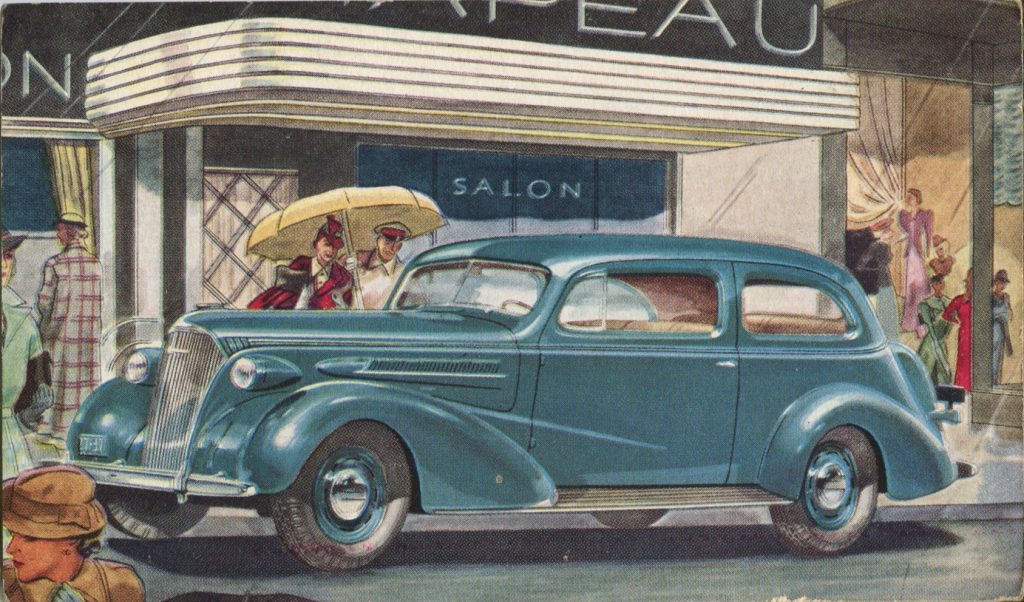 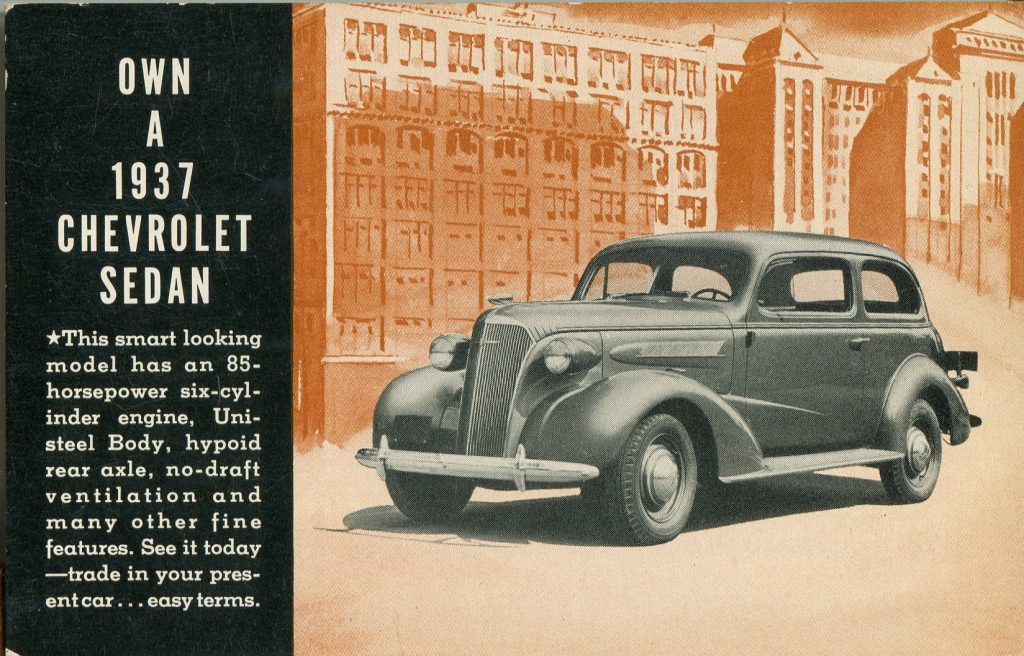 No cars, commercial trucks, or auto parts were made from February 1942 to October 1945. The government’s Office of Production Management froze all sales of cars, as well as the delivery of cars to customers who had previously contracted for them on January 1, 1942. Post-war production resumed with the 1946 models in October 1945.

A tale for another time.

Wonderful article with the review of so many automobile names and companies. And thanks also for the great automobile advertising postcards that POP when you look at them, and how we remember them from movies and television productions. And too, I appreciate learning the dates during the WWII years and knowing when production stopped and started again after the War. thanks very much.

I collect Linens, which were made from 1931 to 1955. I’m also a “car nut”, having grown up during the 1940s-50s. I feel, however, that most linens did a poor job representing people’s faces, as well as automobiles. I do have two nice ones of 1948 Pontiacs, but they have no linen texture.

From 1929 to 1930, General Motors featured the Marquette as a “junior” companion make to Buick, while the Viking was a higher-priced version of Oldsmobile. The LaSalle was sold as an “entry-level Cadillac” from 1927 to ’40.

We have a granddaughter who spends hour and days restoring cars from her dad’s collection. He is probably watching from above and saying “You are doing what I didn’t have time for. You Rock.girl of my heart !”
So thanks to you and Prof Van Staden. ! I will share this article with her.

Stately. Used to see a few of these beauties till 20-30 years back.