Greetings from … the State Capitals

One day in May when I was nine years old my parents announced at dinner that after school was “out” in June, we would take a trip to Dallas, Texas. It would be a long trip – three weeks – and we would visit two of my mother’s cousins.

I remember very little else about the trip, the places we visited, our stay in Texas, and for all that it matters, my mother’s cousins. My most vivid memory is that my dad insisted that the route we would travel would pass through as many state capitals as possible.

It is probably safe to assume that many kids at that age are inspired in a similar way to create and achieve travel goals. Some that I’ve heard over the years are: visit all the continents, visit all 50 states, or travel overseas. One recently heard in a conversation was to visit all the presidential libraries.

One way to link travel goals to postcards is collecting large letter cards of state capitals. Recently, I found a fiftieth card which completed my collection. It is a “Greetings from . . . Honolulu, Hawaii.” But I have a dilemma – it is postmarked 1908 – before Hawaii was a state. What to do? Does it count? 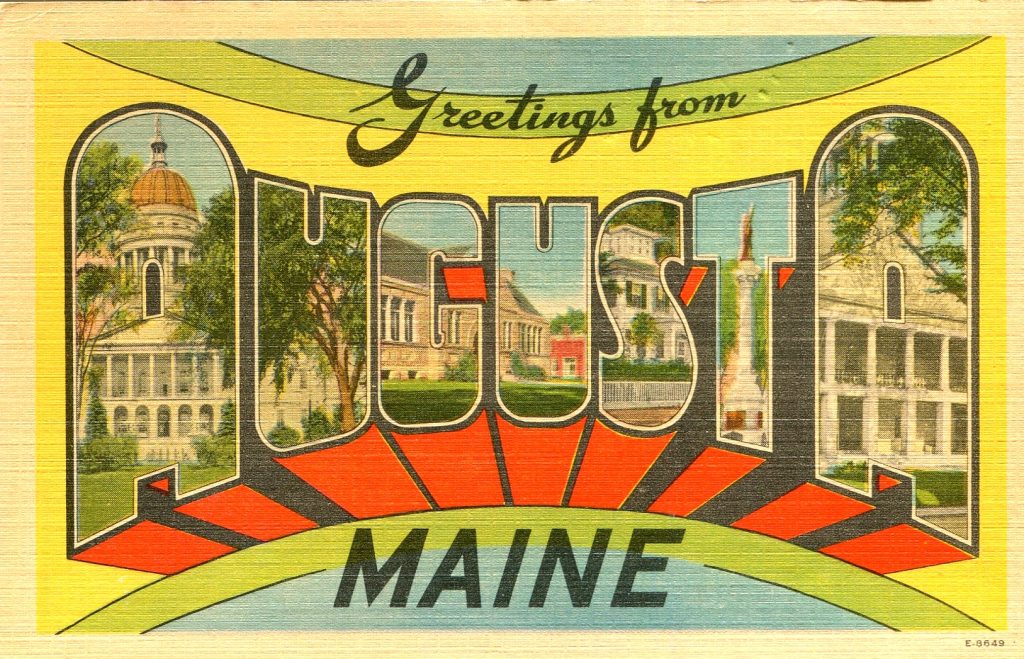 The Maine State House faces east from the intersection of State and Capital Streets. The sunrise each day brings light to the front of the building. The view from the steps is peaceful and serene, but I’ve read that some who came here for the first time as legislators on January 4, 1832, were quite vocal about the similarity of Maine’s capitol to the one in Boston. The interior of the Capitol was remodeled in 1852 and again in 1860. Today it is a beautiful building with an entrance comprised of seven arches that welcome all who work and visit there with the refined hospitality for which New Englanders are noted. Completed in 1832 with nearly pure white Maine granite, it has served honorably.

I have visited the Maine State House twice; once in 1977 and again in 2011. It rained both days, but in 2011 we had a wonderful lunch not far away. Have you ever had a Maine Lobster Roll? Perhaps you have, but never one as good as the ones served at the Bay Wrap Restaurant at 1 Hichborn Street – three blocks from the State House. 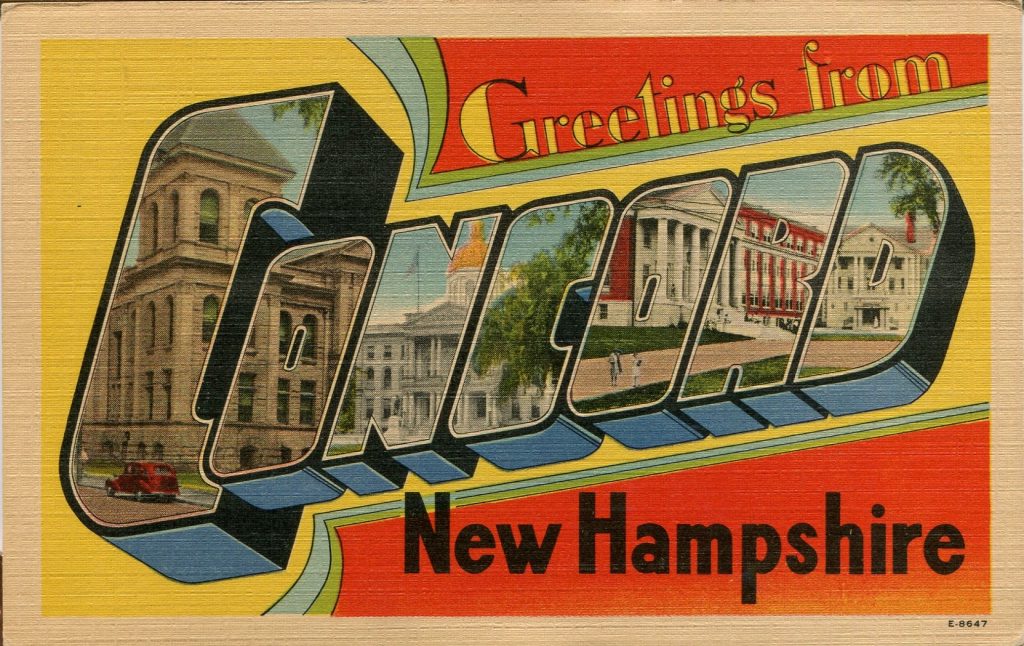 This “Greetings from Concord, New Hampshire” was the first in my collection. It is also the only New England capital city I have never visited. But I can tell you a fact about the front of the state house. It is much like the Massachusetts and Maine capitol buildings, except there are only three arches.

I do know someone who lives in New Hampshire. He is not a native but after living in a crazy-paced mid-Atlantic state most of his life he relocated to a small town up-state. He once called New Hampshire the “Hands Off” state. It was a colloquial expression meant to say, “ATTENTION Politicians: Keep your hands off everything that is not yours.” Stay tuned! 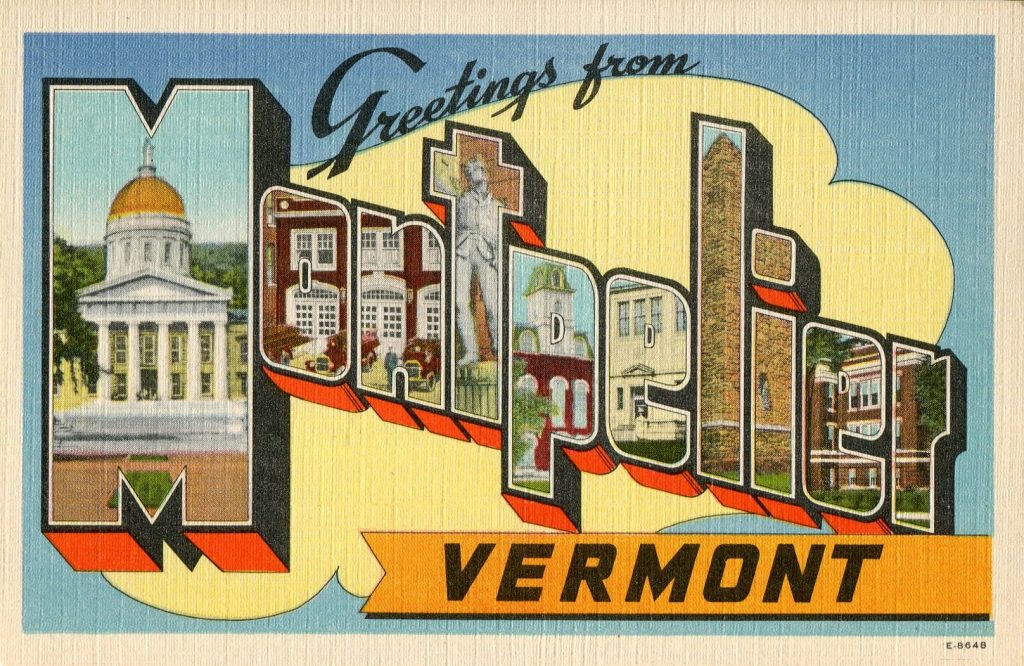 Montpelier, in comparison to most state capitals, is a very small town – there are only 7,500 inhabitants. It sits in the meadows along the Winooski River in north-central Vermont, where the air is clean and crisp. It has been said that the site was chosen because it is easily reachable by boat. River traffic is a major economic factor in that part of Vermont.

Those who live in Vermont for unknown reason seem to boast about their weather. “Hardy” is a word often used to describe the long, snowy winters when from mid-December to late-March the mean temperature seldom reaches the melting point.

Vermont’s state house is one of extraordinary beauty. It sits on a multi-acre campus at 115 State Street. The dome is gold and resembles many other state capitol buildings. One account of the construction relates the reason there are six (not seven) Vermont Granite columns on the portico “because God doesn’t work on Sunday.” In a way that says a lot about the god-fearing, down-to-earth folk who call Vermont home. 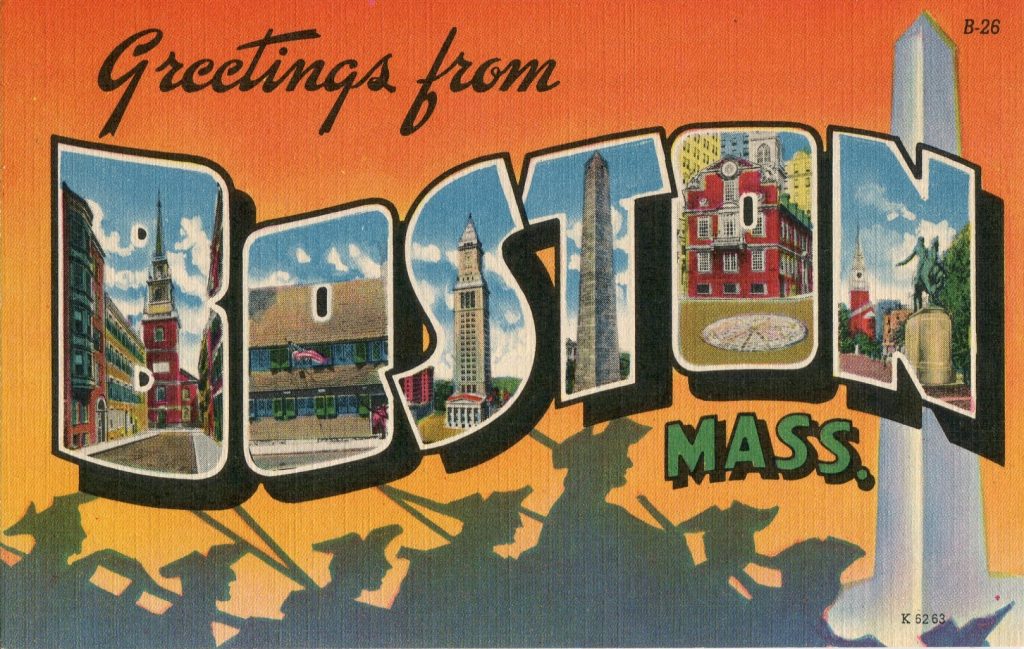 Boston, Massachusetts, should be a required fieldtrip for all American ninth graders as they study U. S. History. Along with Philadelphia, Boston was center stage for much of the American Revolution. And yes, the Massachusetts State House was the model for the capitol building in Augusta, Maine. The front of the building has seven arches. The architect was the native-born Bostonian, Charles Bulfinch, who it is believed to be the first person born in the colonies to practice architecture as a profession. 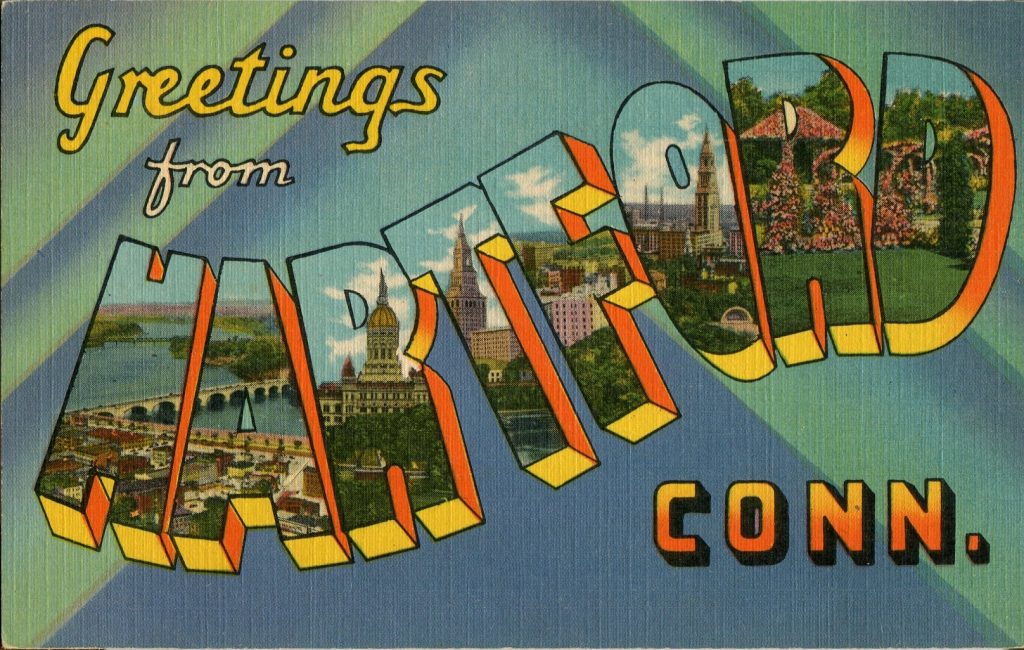 Many people think of Hartford, Connecticut, as America’s (or the World’s) Insurance Capital. There is good reason, although I don’t know what it is! It could be that Hartford is the headquarter city for more than 100 insurance companies.

Hartford is one of New England’s major intersections. Two major interstate highways meet in Hartford (I-84 and I-91) and from there most other New England population centers can be reached within a couple hours’ drive.

In addition to insurance, Hartford was and still is a major American manufacturing center. The city is home to makers of a wide range of products: firearms, sewing machines, bicycles, tools, typewriters, and aircraft components.

The capitol building of Connecticut has a gold dome. For a time in life, I had to commute along Interstate 91 and at around 7:10 each morning I would reach a spot where the sunlight was reflected off the dome. The glare was intense, it went straight up the highway into the eyes of early morning travelers and caused an every sunny morning slow-down. 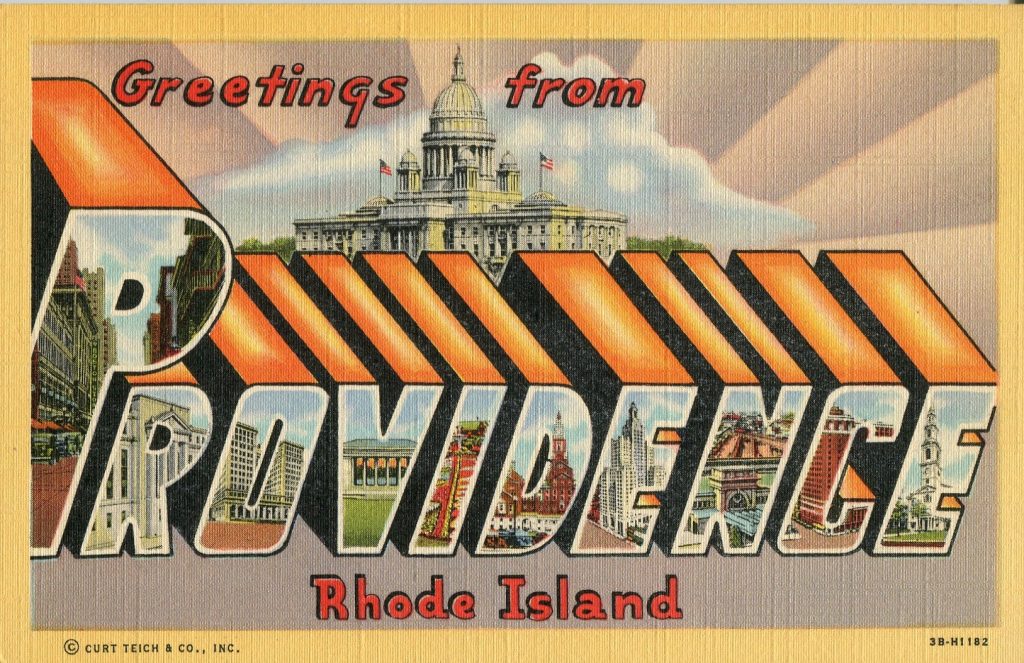 Providence, Rhode Island, is the capital of our smallest state, but it is interesting to note that the Providence Metropolitan Area includes one-third of the state’s land area. When you study a map, Narragansett Bay is Rhode Island’s most dominate feature. The bay has no less than six inlets along which a traveler will find the cities of Newport, Jamestown, Warwick, Bristol, Barrington, Pawtucket, and Providence.

Providence was named after what its founder, Roger Williams, called an act of God. Williams believed that his ability to form a new colony – far from the reaches of the Puritans – a Divine Providence. Thus, his new home became “Providence,” in thanks to God for protecting him.

The Rhode Island state house is one of the few not found on State Street – it’s on Smith Street. The current building is their seventh seat of government and the second in Providence. On top of the dome in Providence is a statue named the “Independent Man.” It is every bit as eye catching as “The Statue of Freedom” that tops the dome of our national capitol in Washington. The front of the building faces south – looking toward the bay – a body of water that leads to Rhode Island Sound and then the Atlantic Ocean from which the state’s nickname is drawn, The Ocean State!

This article first appeared in a 1999
New England postcard journal.

Excellent article, thank you for it

Since Maine was once part of Massachusetts, it’s not surprising that the two states’ capitols are similar.