Oscoda, Michigan and Tales of
Wurtsmith Air Force Base

Oscoda is a town in northern Michigan on the north side of the Au Sable River. 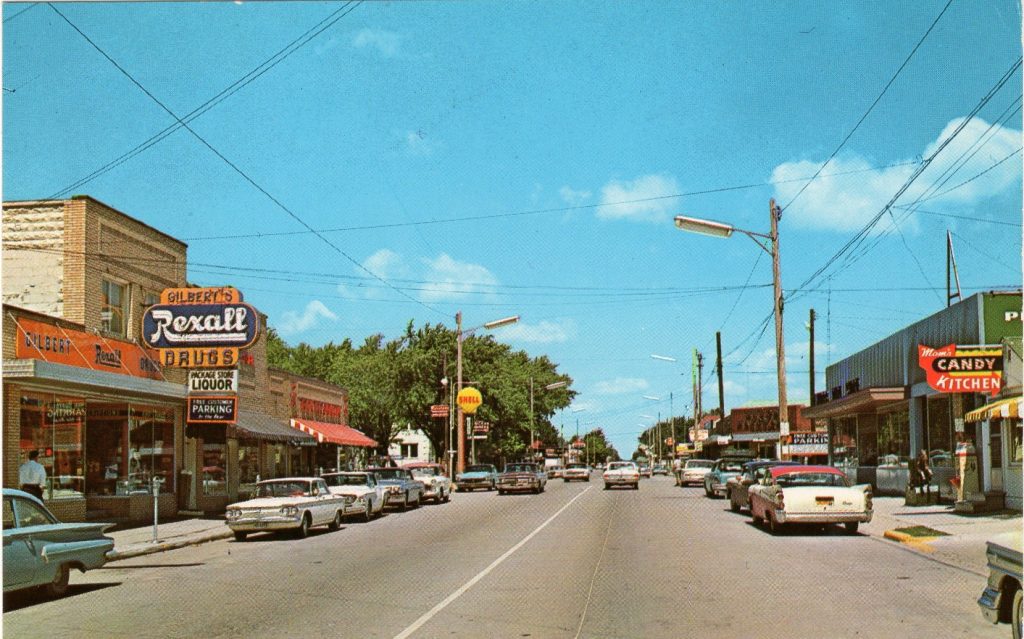 In the late 1960s I was stationed there as a young airman. The chrome card above is how it looked.

Being from North Carolina, boy, was I shocked when they issued me a duffle bag full of artic clothing upon arrival. I found out shortly why I needed it. The last thing the sergeant gave me that day was an orange ball about the size of a ping pong ball. When I asked him the purpose of the ball, his response was “Airman, that is the most important thing I have given you.  You place that on the antenna of your car so the snowplow does not plow over it.” Within three months, I saw the need for the orange ball.

When I was there, Oscoda had a full-time population of around 1,000 people and 3,000 airmen stationed at Wurtsmith Air Force Base.  In the summer, (both days) visitors would nearly double the town’s population. 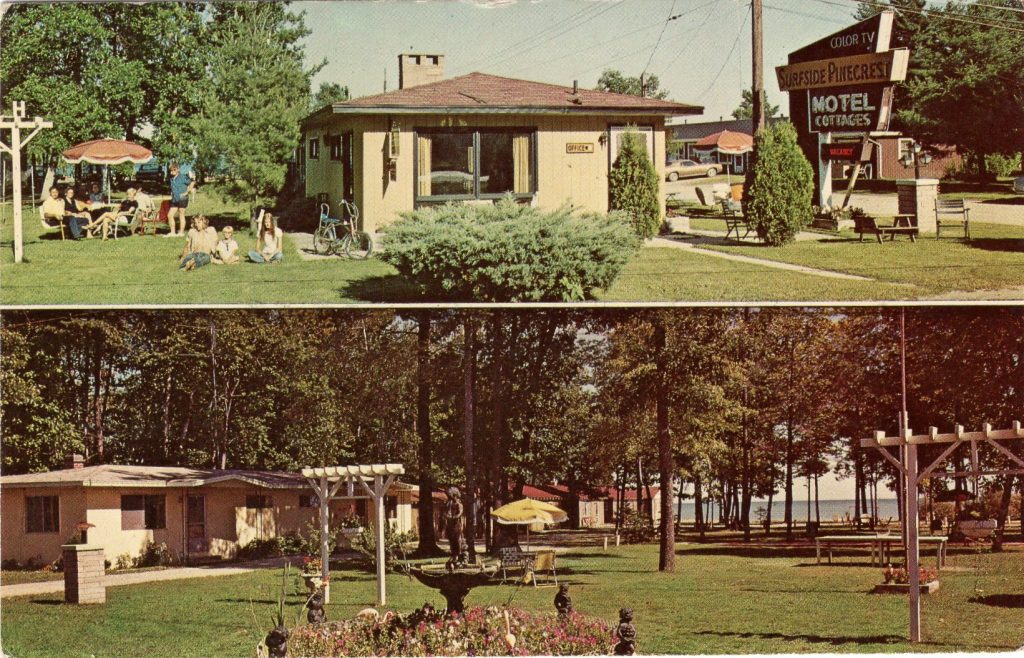 The Surfside Pine Crest Motel & Cottages was a typical tourist resort along Lake Huron. The lake was within a mile of the base. In the winter months, many of these cottages would be rented to newly arrived married airmen. 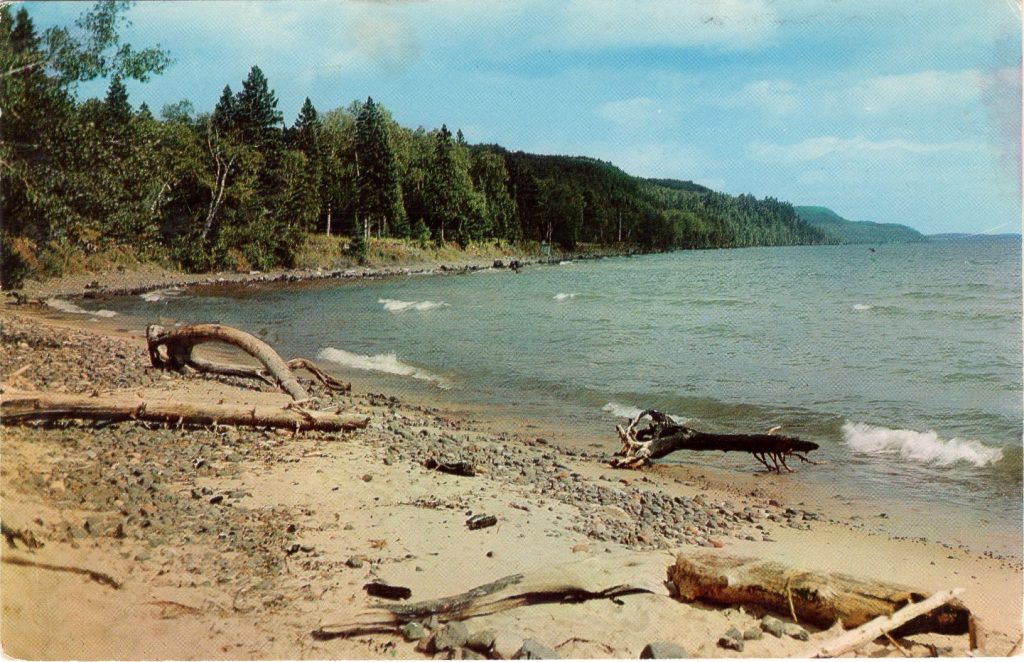 A scene along the water’s edge of Lake Huron,
the second largest of the Great Lakes.

I can tell you from experience, there were few days that the lake water was warm enough to swim in. One Fourth of July weekend, we airmen planned an outing, but it was snowed out. August is the only month that snow has not been recorded in Michigan. 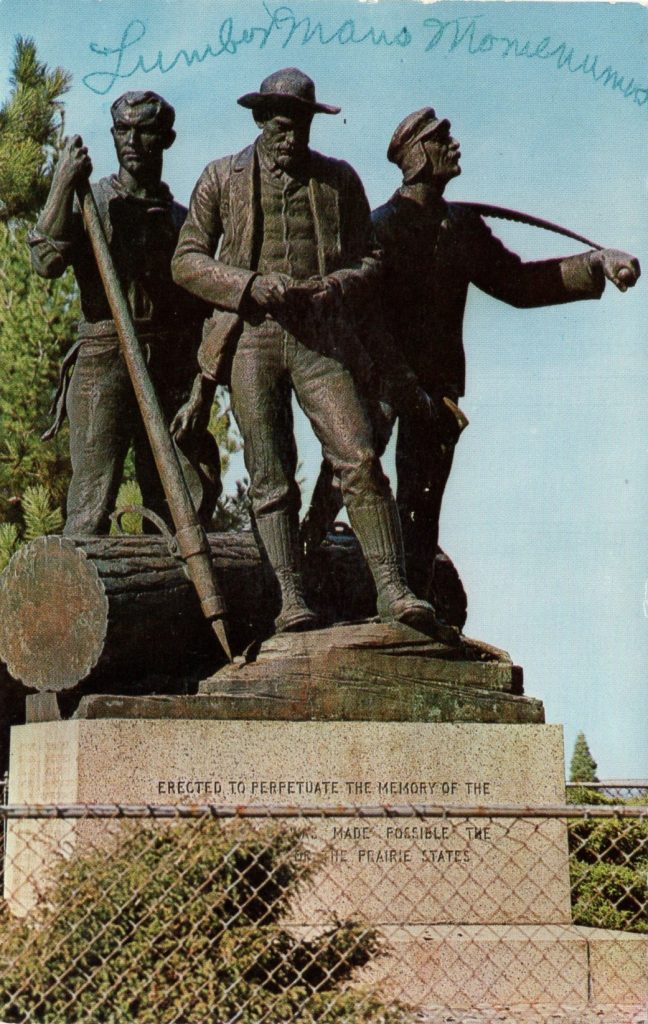 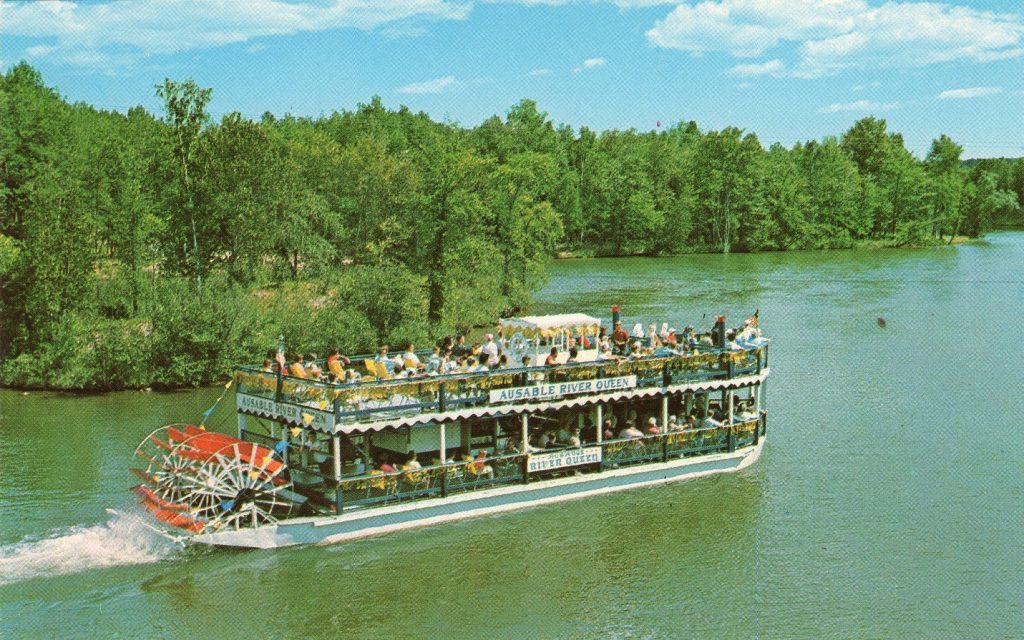 Between Lake Huron and the Wurtsmith AFB was a small lake called Van Etten Lake. For a year, I lived on the far side of the lake from the base with several other airmen.  This Van Etten Lake real photo was taken in 1954. 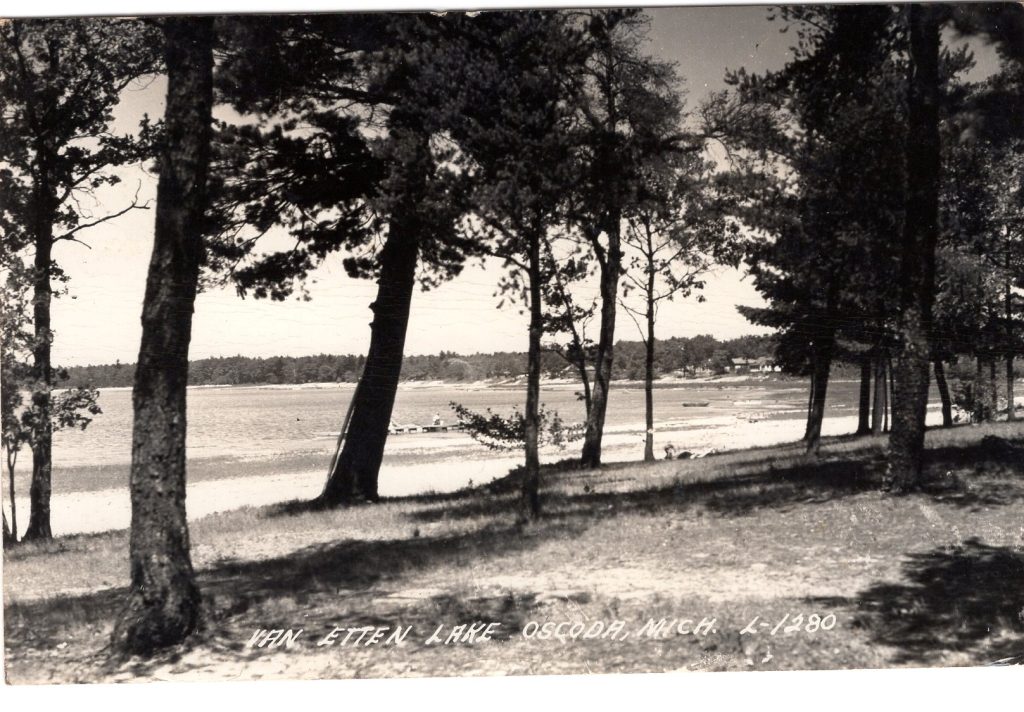 In winter, the lakes and bays of Lake Huron would freeze.

On one brisk winter day, I attended a local winter festival. Along with ice fishing tournaments, a large hole was cut in the ice and locals were invited to go for a swim. A number of people did, including a local radio personality who had received numerous requests to do so. The spirits that he had consumed before the swim kept him warm enough to jump in and jump out immediately.

Wurtsmith got its start in 1923 as the Loud-Reames Aviation Field. It was renamed in 1924 for World War One pilot, Captain Burt E. Skeel. Camp Skeel was used for winter maneuvers from 1924 to 1944. During those winters, the pilots and crews battled snow squalls and bitter cold temperatures that were so bad that to get the airplane engines started, they had to warm the engine oil over open fires of pitch pine, then pour it into the plane.

The base became a permanent installation on January 1, 1951, when the U. S. Air Force designated it as a fighter training base for the Air Defense command. The Strategic Air Command activated a wing there on August 1, 1958.  On May 9, 1961, the base took delivery of its first new Boeing B-52 H Stratofortress, The State of Michigan. 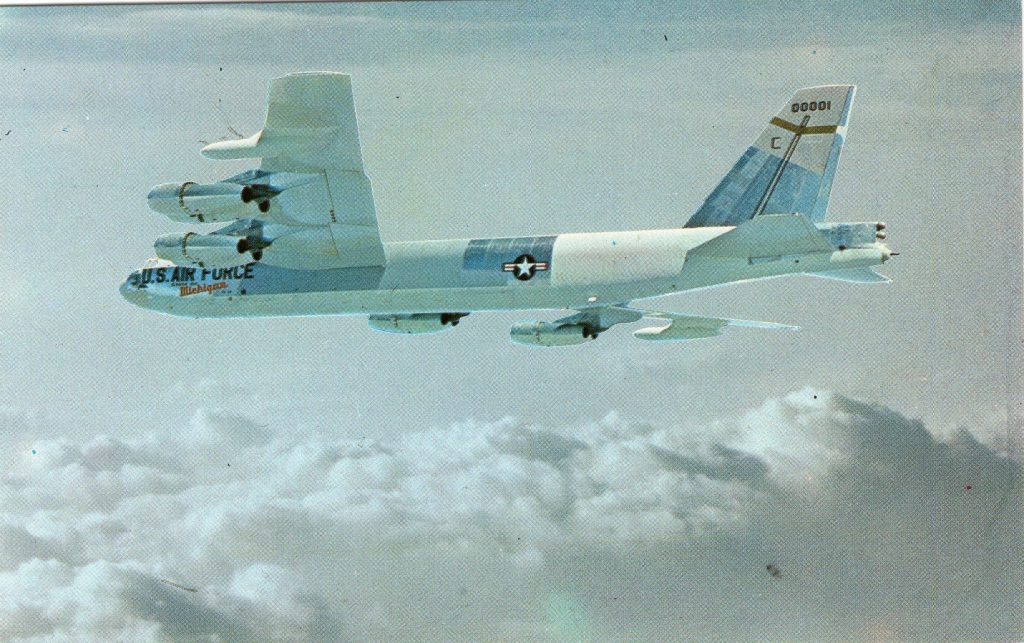 The B-52 H could take off in 500 less feet than the previous B-52. It was more economical with a combat radius of 4,176 nautical miles even with a ten-thousand-pound bomb load.  Throughout the Cold War, the B-52s at Wurtsmith were maintained at alert readiness, loaded with nuclear bombs.

On June 30, 1993, as the result of base re-alignment, Wurtsmith Air Force Base was closed. Today, the base is marketed as an industrial park and a museum has opened to keep the base history. Most of the buildings from its later years of operation are still there. In my only visit to the base several years ago, I did notice the barracks that I lived in no longer exists.

Tony Crumbley has been a collector of stamps and postal history since childhood. He has authored numerous articles over his career as a philatelist. He is the current Co-Editor of the North Carolina Postal History Journal, a job he has had for over 25 years. He is a General in the Civil War Philatelic Society where he served as president. He lives with his wife, Renea, in Charlotte, North Carolina, and is the retired Vice President of Research for the Charlotte Chamber of Commerce.
PrevPreviousDRESSAGE
NextThe Adams Hotel Fire Remembered in Real Photo PostcardsNext
5 Comments
Oldest
Newest Most Voted
Inline Feedbacks
View all comments
Luann Elvey

Hello from East Tawas (13 miles south of Oscoda). I really enjoyed your article and cards! Our winters are not as severe as they used to be. The annual Perchville Festival continues and people (not me!) still jump into frigid Lake Huron through the ice every February (with local Coast Guard in the water to assist).

My husband was in the Air Force, stationed at Wurtsmith AFB from 1964-1968 and guarded those B-52’s year round. He will enjoy reading this as I have heard tale after tale of cold weather Oscoda stories over the years! I have never casually run across a post card of Oscoda or Wurtsmith so now I have a mission to find something for him!

Great street scene with all those cars and advertising signs!

So many interesting details and beautiful cards, I almost feel as though I’d been there. 2 of our sons were in the Air Force much later that that..

Really enjoyed this article. Thank you. I was stationed at Wurtsmith AFB assigned to the 379th Transportation Squadron from January 1963 to June 1964. I remember vividly the cold and snow. As you well know it only snows twice a year in Oscoda – it stops once. We hoped that summer fell on a weekend. We had great times smelt fishing in the Ausable river. The chow hall cooked them up for us. It was on the menu every day during the smelt Season. Again, thanks for the article. It brought back great memories