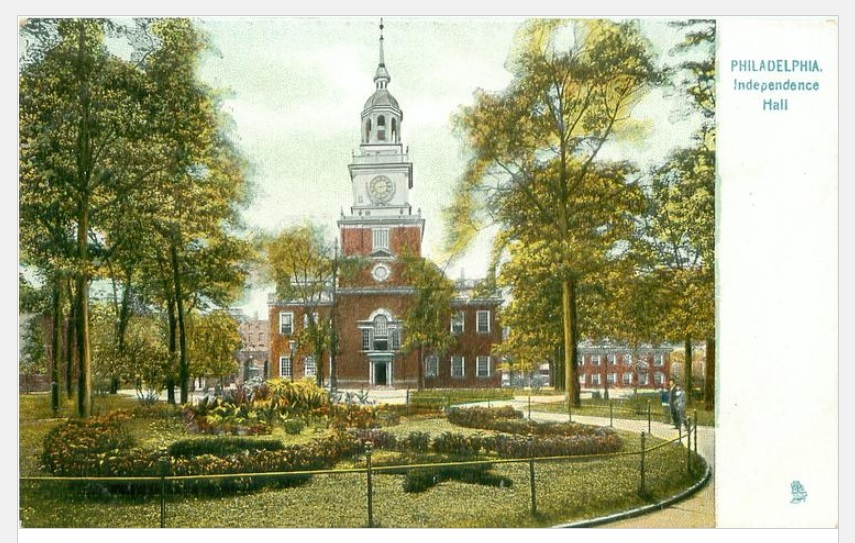 When the Pennsylvania State House was completed in 1753, it was designed and intended as the capitol building for the Commonwealth of Pennsylvania. In the turmoil that became the American Revolution (1775) the building was chosen as a meeting place for the second Continental Congress. It served as the de facto seat of government from 1775 to 1783, and also four years later as the site for the United States Constitutional Convention of 1787.

(For the curious: the first meeting of the U. S. Congress in the national capitol in Washington, D. C., took place on November 17, 1800.)

A long list of important events took place in the Pennsylvania State House, not the least of which were the appointments in 1775 of George Washington and Benjamin Franklin as commander of the continental army and postmaster general respectively.

In 1776 the Declaration of Independence was approved and read to the public in the square behind the building. The congress discontinued their meetings at the statehouse in December 1776, but they would return, after the British occupation, in the spring and summer of 1777. The last meetings of the continental congress were held at the statehouse from July 1778 to March 1781.

Other important events at this site were:

The Independence National Historical Park was formulated in 1948 by the 80th Congress to preserve the historic sites associated with the American Revolution.

In 1816 when the Commonwealth of Pennsylvania moved the State House to Lancaster, it sold the hall to the City of Philadelphia. It took more than two years to transfer the deed but Philadelphia has owned the State House, its associated buildings, and the grounds since that time. 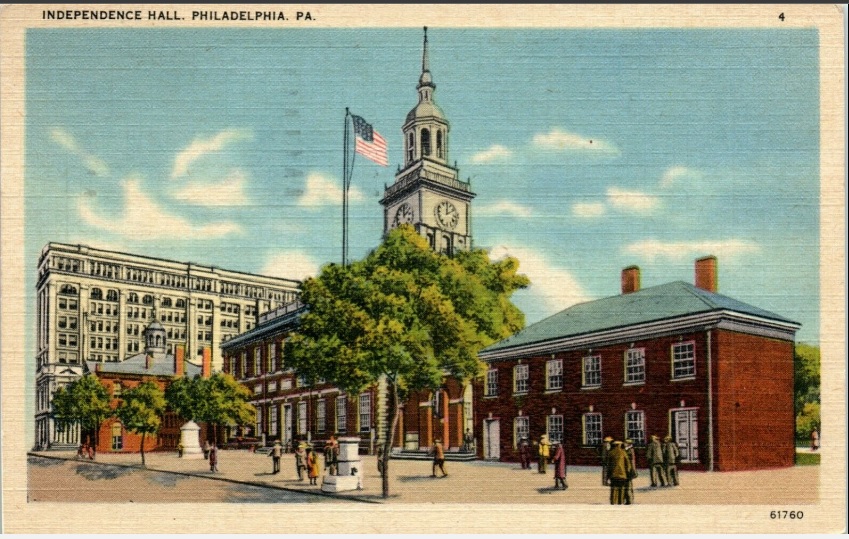 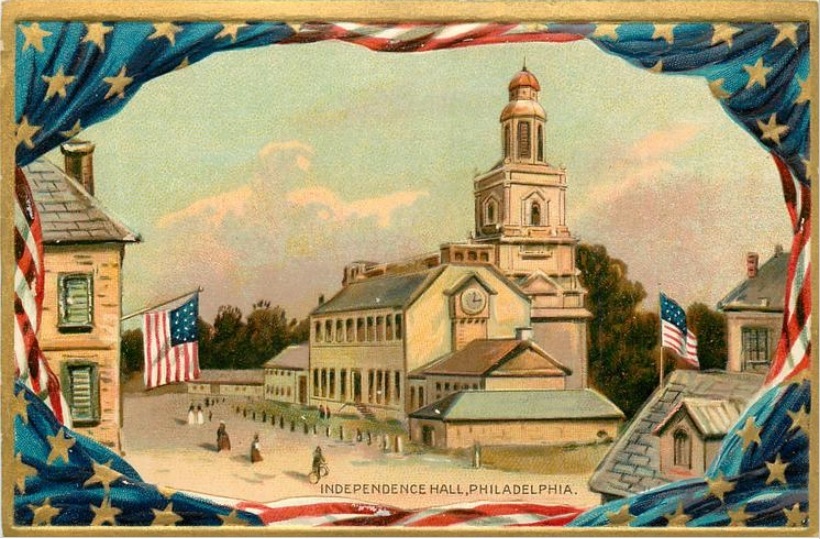 Every era in Postcard History has seen new versions of Independence Hall cards. 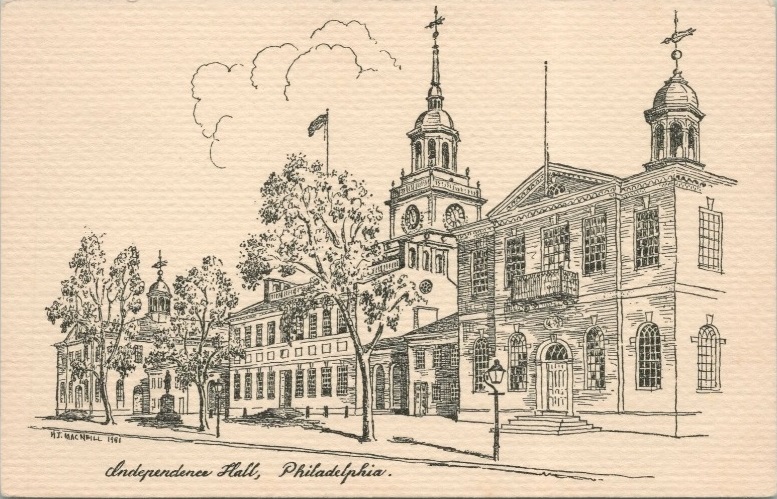 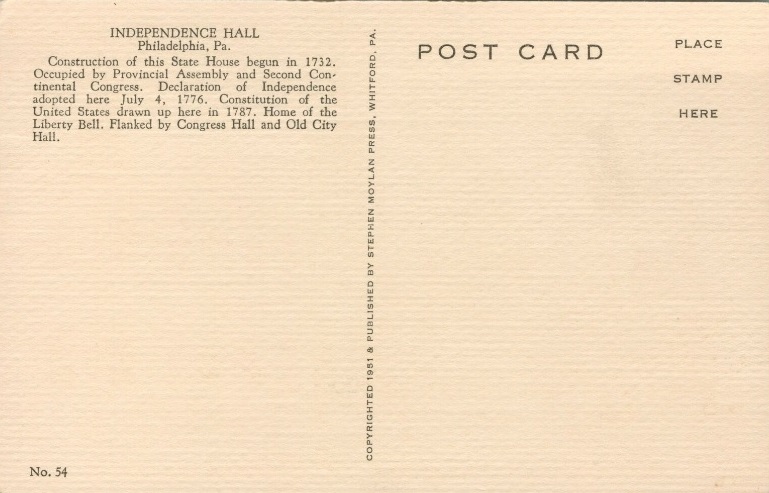 Artists are among those who have created some of the most beautiful Independence Hall postcards. To name only a few there were Frederic Kohli, Craig Fildes, Robert Finale, Joachin Ferdinand Reichardt, and Postcard History’s favorite son, H. T. MacNeill. For more history on MacNeill and his unique association with Independence Hall, see Postcardhistory.net (July 26, 2020.) 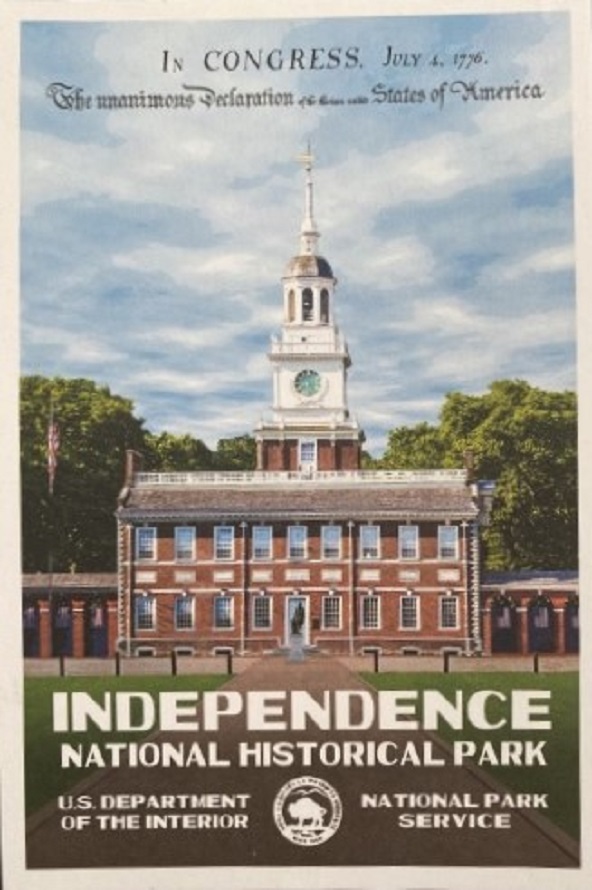 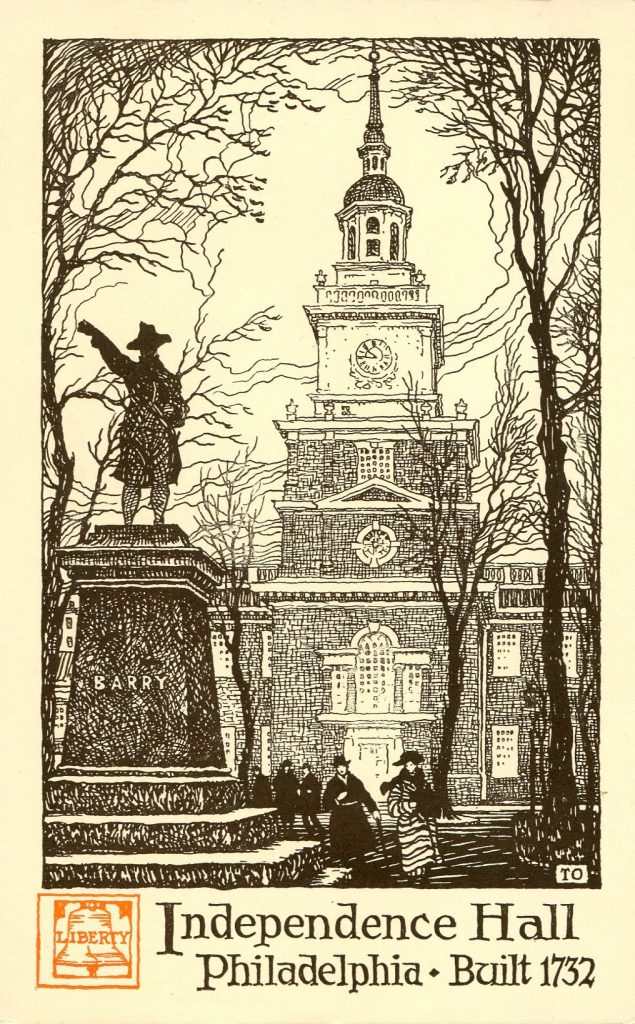 Above left, is a modern card created for the National Park Service, showing Independence Hall as it is seen today. On the right is card No. 9 from a multi-card set published by the Philadelphia Art Alliance. The art is the work of Thornton Oakley.

At the time of his death (1953) Oakley was one of Pennsylvania’s most accomplished illustrators, best known for his drawings of American industrial scenes. He was born in Pittsburg, on March 27, 1881, when the name of the city was spelled without an “h.” As a young man, he moved to Philadelphia to earn a B.S. and M.S. in architecture at the University of Pennsylvania. He completed his schooling in 1902 but made frequent trips to the Brandywine School in Chadd’s Ford, Pennsylvania, to study with Howard Pyle.

It would be remiss if this opportunity passed without a mention that Independence Hall is the home of the Liberty Bell.

In the early years of business at the State House, a bell rang from the tower to call legislators to duty. It was commissioned in 1751 by the speaker of the Pennsylvania Assembly, Isaac Norris, from the Whitechapel Foundry in London. Sadly, the Whitechapel bell cracked on the first test ring. Local metalworkers John Pass and John Stow melted down that bell and cast a new one right there in Philadelphia. It is the Pass and Stow bell that would ring to call lawmakers to their meetings around the time of the Revolution, and to call the townspeople together to hear the reading of the news. Benjamin Franklin wrote to Catherine Ray in 1755, “Adieu, the Bell rings, and I must go among the Grave ones and talk Politicks.”

The Staff of Postcard History offers this article for your enjoyment. It is a combined effort of many: our publisher, editor, webmaster and collectors/contributors far and wide. Please use the COMMENTS feature below to let us know how we're doing.
PrevPreviousThe Declaration of Independence
NextThe Bonus ArmyNext
4 Comments
Oldest
Newest Most Voted
Inline Feedbacks
View all comments
James Sauer

If the first bell was melted down due to its being cracked where did the cracked bell now on display come from?

The second bell cracked sometime in the early nineteenth century — legend claims the rupture occurred as the bell was being tolled to commemorate the death of Chief Justice of the United States John Marshall in 1835.

For the 1907 Jamestown Exposition held in Norfolk, Pennsylvania built a replica of Independence Hall to serve as its pavilion. The exposition was held at Pine Beach at Sewells Point. It drew 300,000 visitors including President Theodore Roosevelt who opened the Exposition in April,1907. The Navy purchased the site of the Exposition in 1917 for a naval base at the start of World War I. Many of the buildings were still standing and put to use by the Navy. Pennsylvania House served as the Commissioned Officer’s Mess until the mid-1970’s. The building still stands today on Admiral’s Row (several other… Read more » 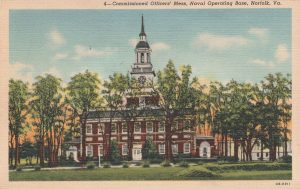 Interesting article with good postcards.Hope you like these postcards of the Declaration of Independance at the Old Boston State House 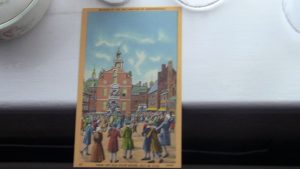