The Declaration of Independence

No nation in the history of mankind has celebrated their “independence” day with more enthusiasm than Americans. From Afghanistan and Albania (alphabetically) to Zambia and Zimbabwe, and even Vatican City, more than two hundred nations celebrate the day freedom was earned, fought for, and achieved by treaty or granted.

In a study group I attended while working toward my naturalized citizenship, at one point the conversation came around to, “How would the Declaration of Independence be written today?”

The general consensus was that it wouldn’t. Gridlock in nearly every phase of life is so conflicting that individual differences would no longer be a positive influence. And in today’s world of social media, the ideas expressed in the Declaration would be truncated in two ways – context because so few people these days care about details and brevity because if it can’t be read in less than a minute, some would simply ignore the concept in favor of expediency.

At the time, since because men of my age take such things more seriously than most, I was somewhat dismayed when it was suggested that the total word count of the Declaration, if it were revised in modern terms, would be two. Yes, two words. I quote, “We quit.”

Have you read it? Perhaps you did in school many years ago, but what does it mean to the average American? Here are some facts.

Nevertheless, as an American who earned my citizenship instead of getting it as a birthright, the Declaration of Independence is very personal to me. Here are some of my reasons:

But without hesitation, I can state without reservation that it does not matter how hard it is to read, after 246 years, it still works for everyone.  Thank you, America.

I haven’t been collecting Fourth of July postcards for very long, but long before I thought about coming to the States to live, I collected a set of Tuck postcards – Set No. 109. It is a 12-card set, all vertical, each with a flag draped shield showing a star covered blue field at the top and very painterly images of both adults and children in a variety of poses where adults are at work and the children at play. The adults are in debate; the children at play waving swords, flags, or firecrackers. 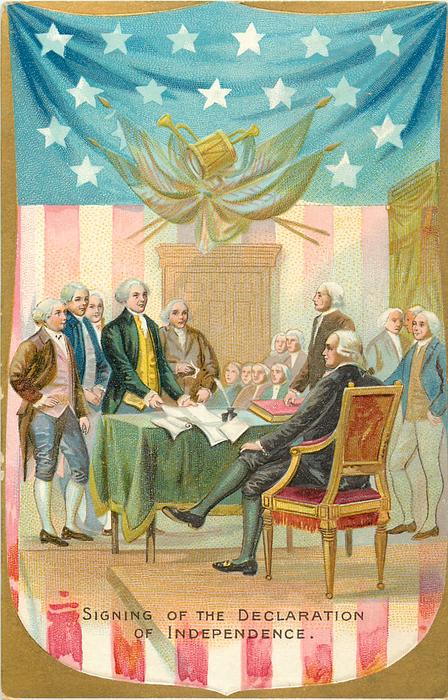 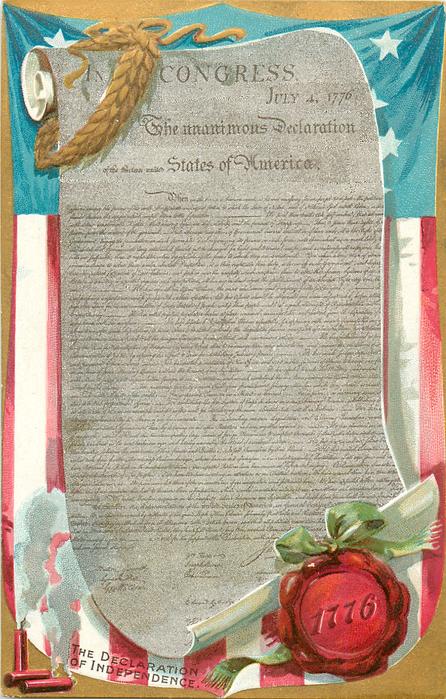 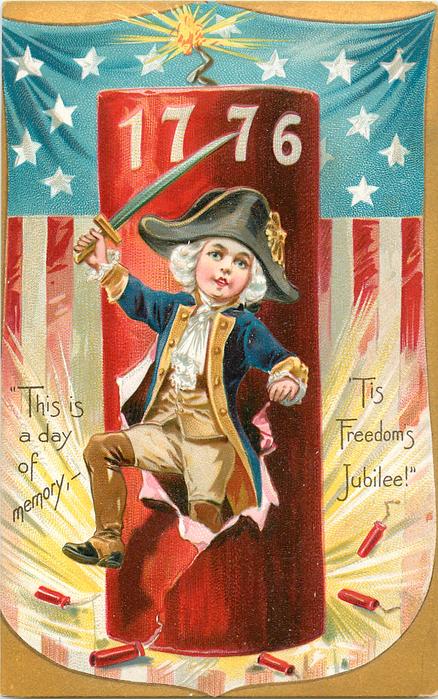 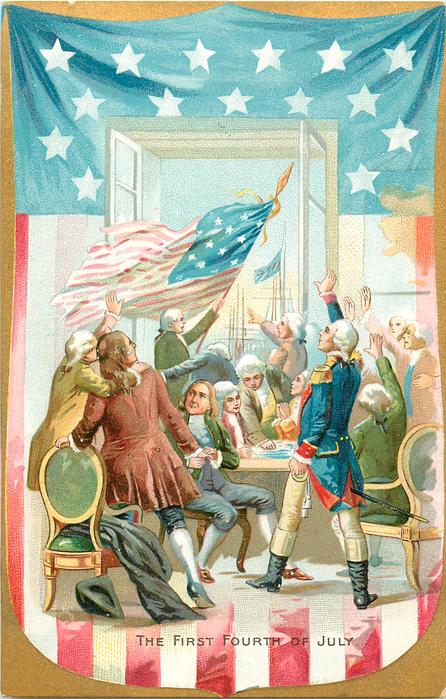 George “Burt” Martin loves to travel to the member countries in the Commonwealth of Nations. He has visited eleven of them. Burt relocated to California after retirement, but he hails from a small market town in the Cotswolds of England where he lived in a house that was built in 1639.
PrevPreviousA Portrait of an American City – Independence, Missouri
NextIndependence Hall, Philadelphia, PennsylvaniaNext
2 Comments
Oldest
Newest Most Voted
Inline Feedbacks
View all comments
Jessica Connolly

If the Declaration were being adopted today, the reference to “the merciless Indian Savages” would obviously not make it to the final draft.