Postcards of a Great Achievement

Please forgive me this bit of self-indulgence. I have no memory of when I heard my first opera. There is no one to ask, so I’m going to guess it was 1949 or 1950. Every Saturday afternoon back then was spent with my dad in our front room listening to the Stromberg-Carlson radio. Just my father and me, listening to the Texico Opera Theatre, brought to you live from the Metropolitan Opera House in New York City by Texico – the longest continuous national sponsorship of a program in radio history.

The most vivid memory of those afternoons is that we spoke very little, at times an hour would pass without a word. We listened to the music. My only memory of hearing a Wagnerian opera was a performance of The Flying Dutchman much later in life.

On the Saturday that a performance of the Ring Cycle was announce, I wondered what was so special. Dad never told me what was special, but he told me it would be something I would never forget and that I would have to be patient. Since that was possibly 70 years ago, I’m writing to say, “My patience has run out.” Read on, you’ll learn why.

The Ring of the Nibelungen
the composer, the operas, and some postcards

The Composer
Richard Wagner. The name alone raises hackles and pierces the spine. He, being among the cadre of the world’s twenty most-famous composers, also brings to mind, unequalled musical accomplishment.

Wagner was born in 1813 at Leipzig, Germany. He was the ninth child of a clerk at the local police station. The family lived in an apartment at a building known as The House of the Red and White Lions. The Wagner family was an ethnic-German family, but they lived in the Jewish quarter – a situation that often brought hardships to the family. The fact that he was baptized at the St. Thomas Church in Leipzig as Wilhelm Richard Wagner did not assuage his conflict over religion. The Thomaskirche is still a Lutheran church where generations of music lovers visit to find the deepest roots of Johann Sebastian Bach, Felix Mendelssohn, and Richard Wagner alike.

In summary he was a German composer and music conductor known primarily for his operas. By age 23 he had composed and staged his first opera based on Shakespeare’s Measure for Measure. In the following 15 years there were no less than seven new operas that included Rienzi, The Flying Dutchman, Tannhauser, and Lohengrin. 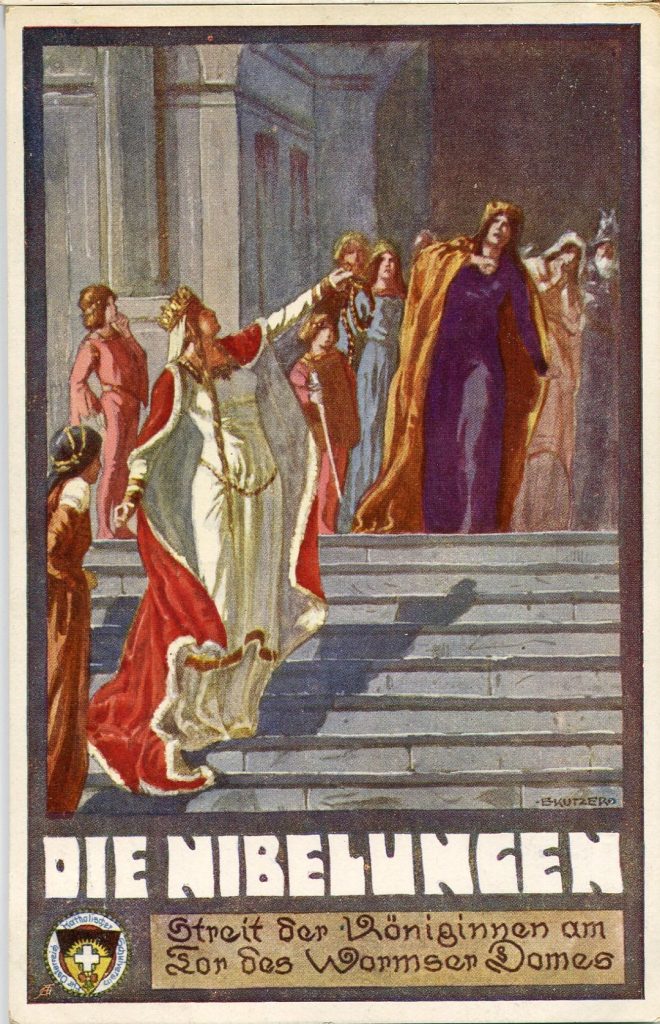 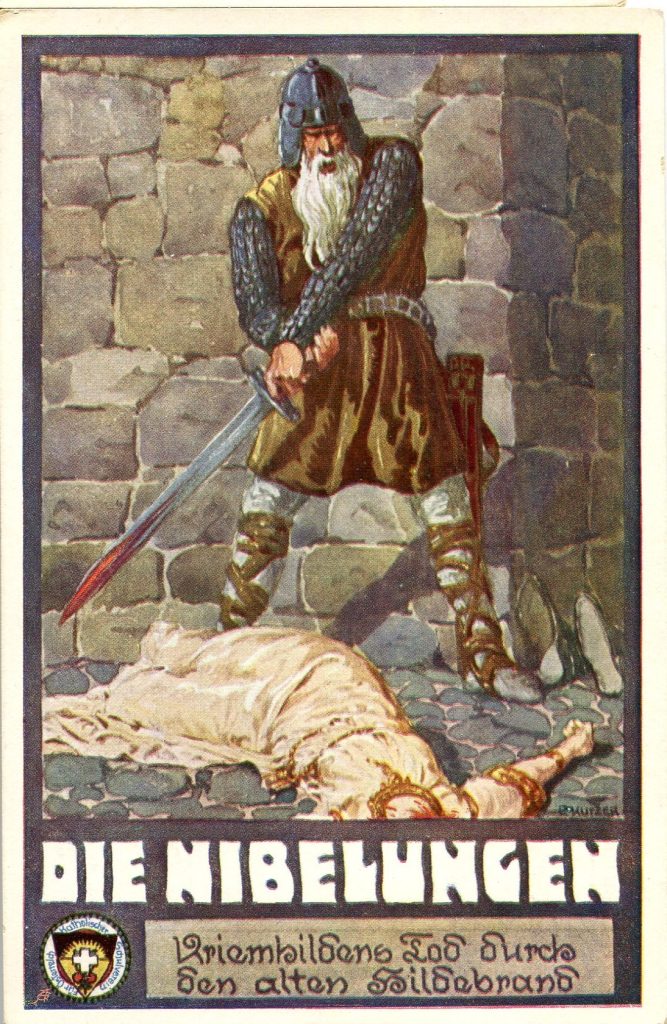 A thorough biography would confirm a suspicion that Wagner never wasted a minute. He composed more than 110 major stage and concert pieces, but in what we call spare-time, he worked on a series of four operas that he considered his masterwork – Der Ring des Nibelungen (The Ring of the Nibelung).

The Operas
Wagner worked on his Ring Cycle from 1848 to 1874. He wrote the libretto and composed the music over the course of those twenty-six years. The four operas that constitute the cycle are Das Rhinegold (The Rhinegold), Die Walküre (The Valkyrie), Siegfried, and Götterdämmerung (Twilight of the Gods).

In total the four works have 32 characters each with separate parts sung by soprano, alto, countertenor, tenor, and bass. 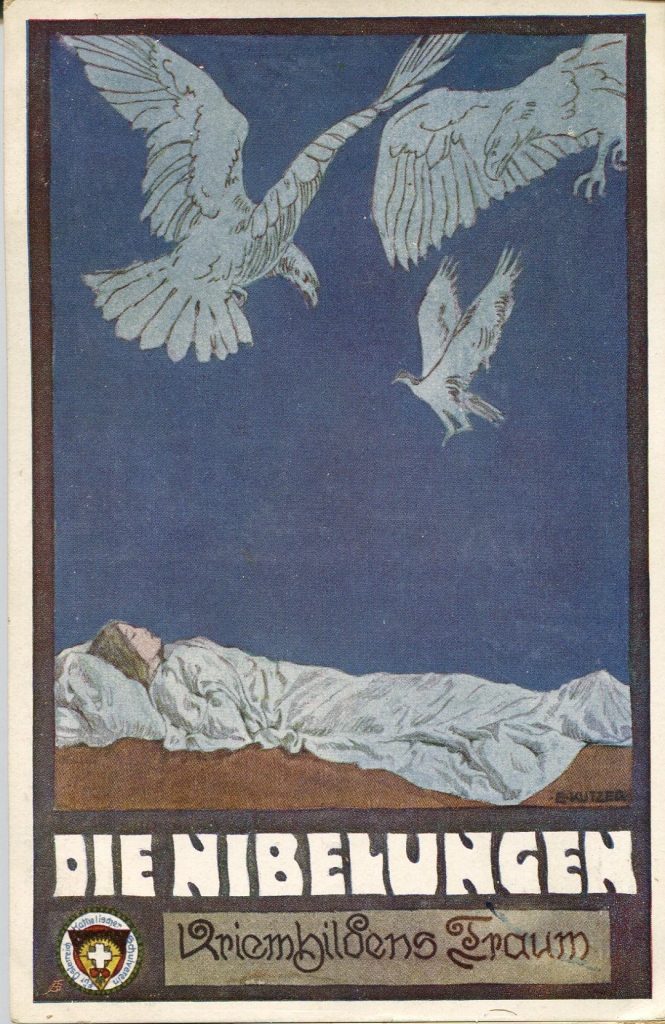 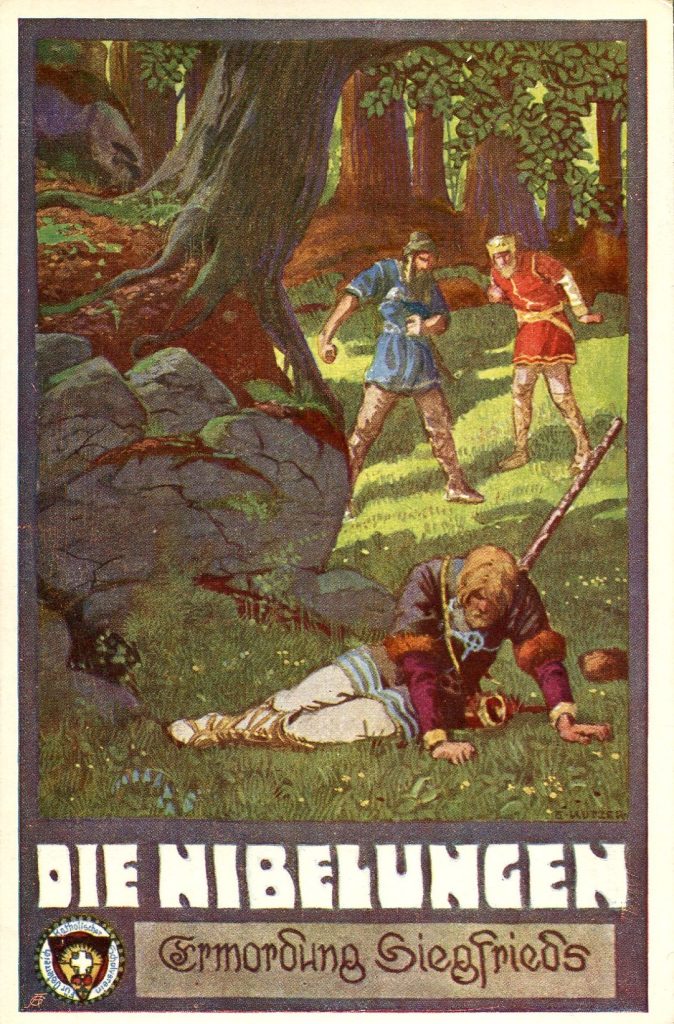 The first performance as a cycle opened the first Bayreuth Festuval in 1876, beginning with Das Rheingold on Sunday, August 13 (2 hours, 35 minutes), Die Walküre followed on Monday (4 hours, 55 minutes), then Siegfried on Wednesday, August 16 (4 hours, 8 minutes) and ending with Götterdämmerung on Thursday, August 17 (5 hours, 15 minutes). That is 16 hours and 53 minutes. 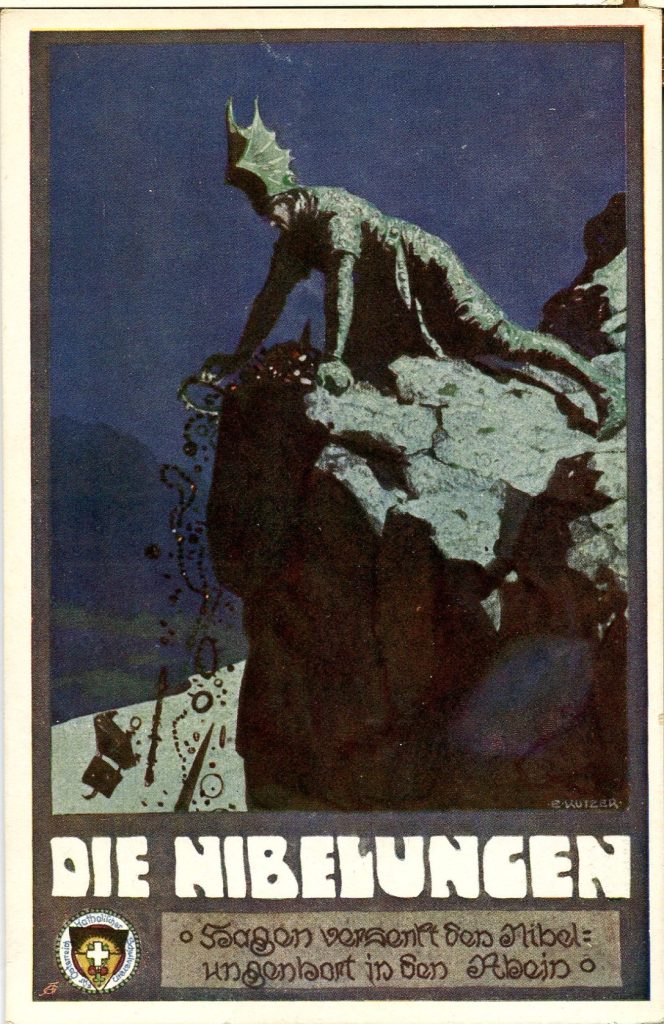 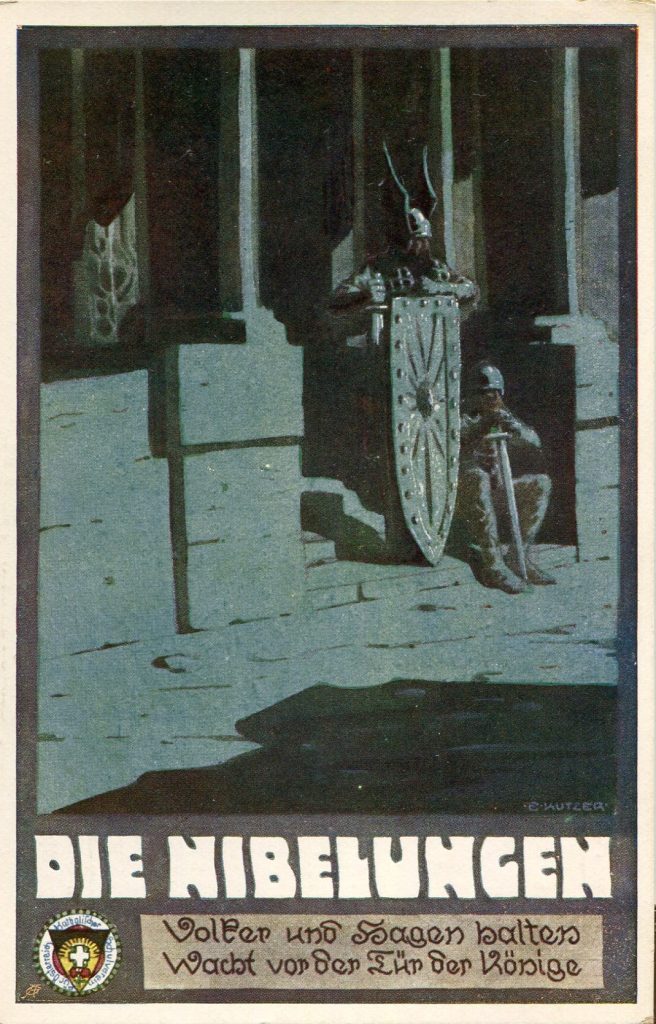 When I read about those performances just a few years ago, I realized what a commitment it would take to listen to that much music for that long. It redefined my understanding of the word “patience.” Th 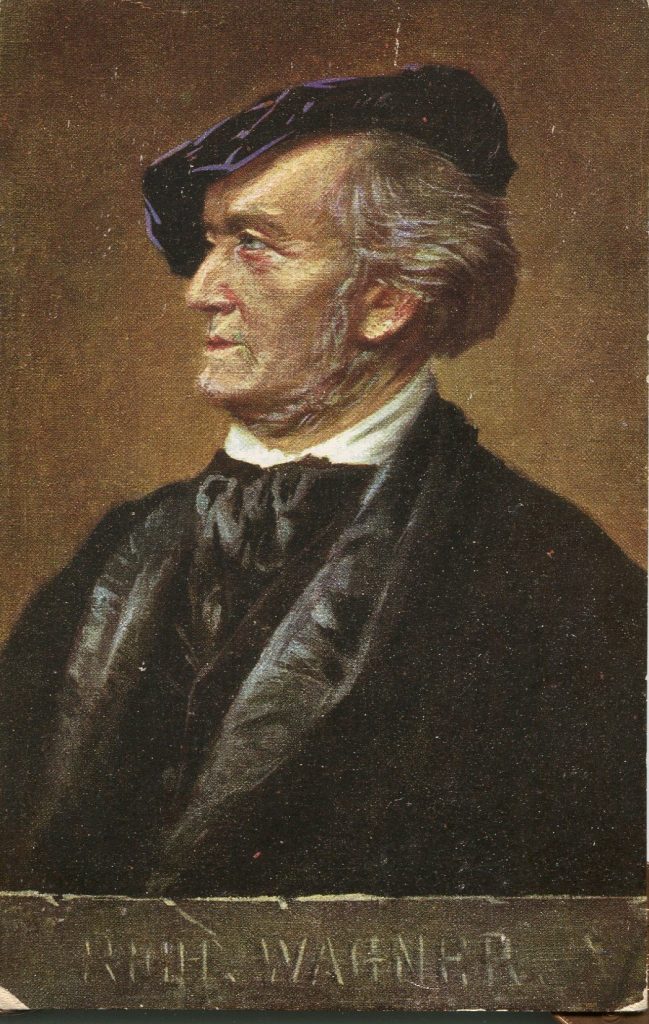 e stage director from that premiere was quoted as saying, that Der Ring des Nibelungen” marks the high-water mark of our art form, [it] is the most massive challenge any opera company can undertake.”

After his triumph at Bayreuth in 1876, Wagner again returned to an unfinish project that he first imagined in 1857. His three-act Parsiful, (that runs 5 hours, 30 minutes to perform) premiered in 1882. In 1883, loved by half-the-world and loathed by the other-half, he died at age 70.

Ray Hahn is a retired educator, but he has never stopped teaching. His decades of researching, writing and editing a newsletter for the South Jersey Postcard Club has been a world-class education in trivia. In addition to postcard collecting, Ray’s other interests include history, genealogy, and touring the world with his wife Marie. Ray often advises his readers to "Join me as we explore the world one postcard at a time." Ray and Marie live in New Jersey.
PrevPreviousGrowth of the U.S. Postcard Industry 1900-1920
NextOccupations on Postcards – Men at Work – Part INext
2 Comments
Oldest
Newest Most Voted
Inline Feedbacks
View all comments
Kathleen

I love classical music! All that time with opera, not for me.

My maternal grandfather made a point of listening to the Texaco-sponsored broadcasts of the Metropolitan Opera.