In a dusty old box from the attic of a friend’s great-grandmother, I found an ancient copy of Reader’s Digest (February 1954).  On Page 24 was an abridged account from a team of reporters at the Detroit Free Press. The title was, The Natural Superiority of Men.

The things being sorted were the belongings of someone long passed. If they once had value, I did not recognize it.  The whole magazine was tossed in the shredder. For the record, I regret doing that, because now it would be nice to know, what men did, knew, or thought they knew in 1954 that would make them “naturally superior” at least in the realm of people at work.

Now, almost seventy years later, the U.S. Bureau of Labor Statistics divides occupations into categories of work situations that offer jobs, careers, and professions. And that only 48.855% of the work done in America is done by male employees. Could it be that men are superior in finding ways to force women into doing most of America’s work? 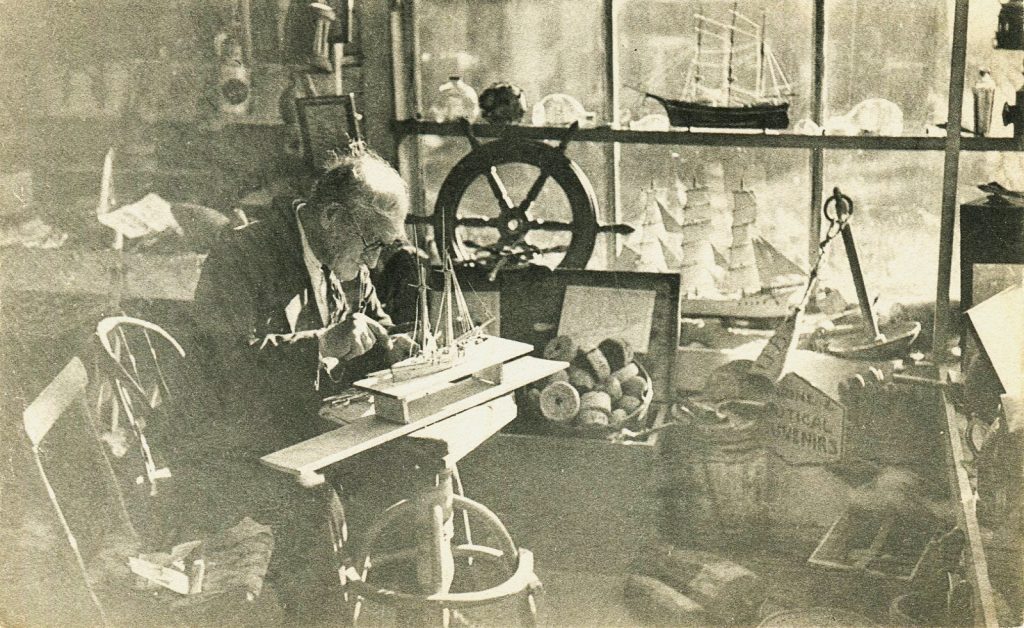 A model builder working at the window of his Parisian storefront.

Occupation is a broad term that describes a field of career interest. It is a word many people use when they refer to the way they earn their living. The word can also reference the role you play within any organization. When someone talks about their occupation, they usually include the setting in which they perform their duties, i.e., it is likely that a teacher would say, “I’m a third-grade teacher at Abraham Lincoln Elementary School.” With a simple statement such as this, you are labeled in ways that can be mundane and casual at one extreme to informative and formal.

A person must qualify in many ways to have an occupation. The most important quality is an interest in their field, and they must be in command of skills needed for advancement. Often the goal within an occupation is tangible, such as a manufactured product. Just as often, a goal within an occupation, especially one that requires a high degree of education, certification, and licensing is not tangible and often singular.

The nuances of jobs, careers, and professions are difficult to identify:
A job is a specific position you hold within an organization. Jobs are the narrowest way to describe what you do and refers to something you do as a freelancer or full- or part-timer.

A career however is a word that defines a series of positions you’ve held during your working life. Often a career takes place in a single industry, but work experience across industries can also contribute to a career.

A profession refers to a self-determined work environment, but one which requires individuals with specialized skills or knowledge. Professions often require education, certification, or licensing.

Therefore, for the sake of brevity and clarity let’s combine these terms in the phrase, “Men at Work.”

ATTENTION
For the distaff side of this article, please return to Postcard History Wednesday.

At the bottom of that dusty old box there was one of those old scrap books with black-paper pages into which slits were cut that would hold four postcards. On the “title page” in a very flourished hand, were the words, The laborer is worthy of his reward, First Timothy 5:18.

Finding old postcards is always fun and exciting. Especially when the collection is old, i.e., collected prior to the 1960s. The cards you see here are only nine of a total of 47. They are the best of the lot, mostly European, and upon a thorough examination, you will find them fascinating. 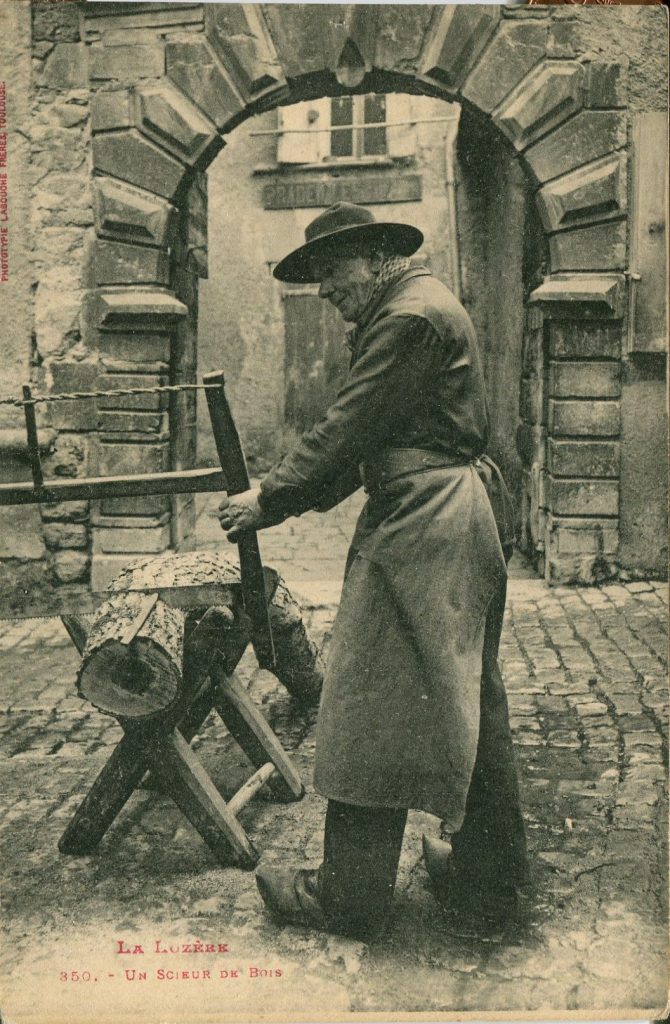 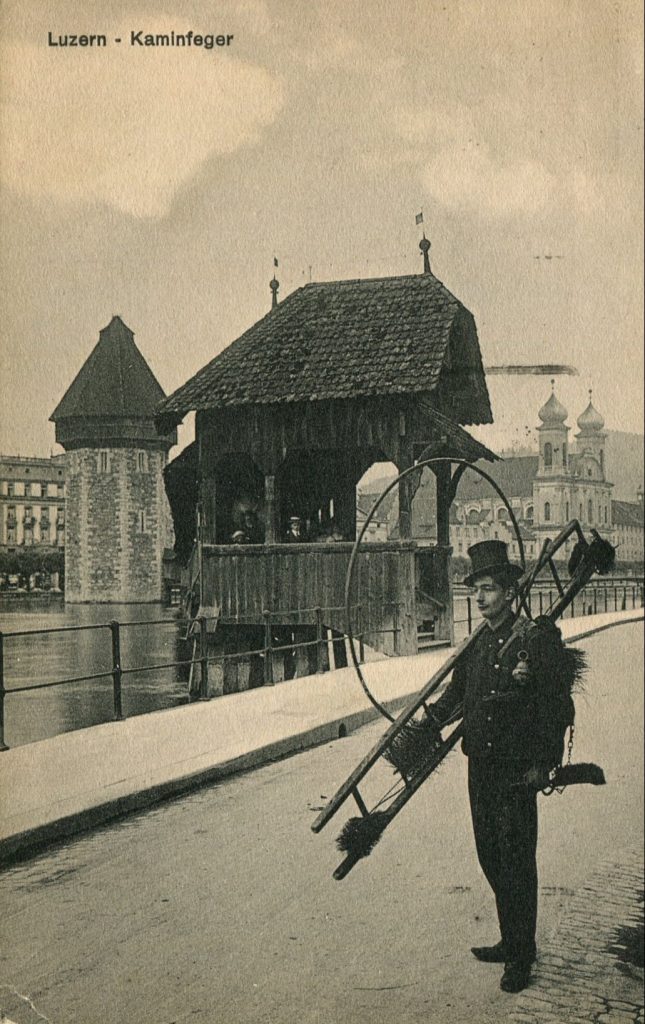 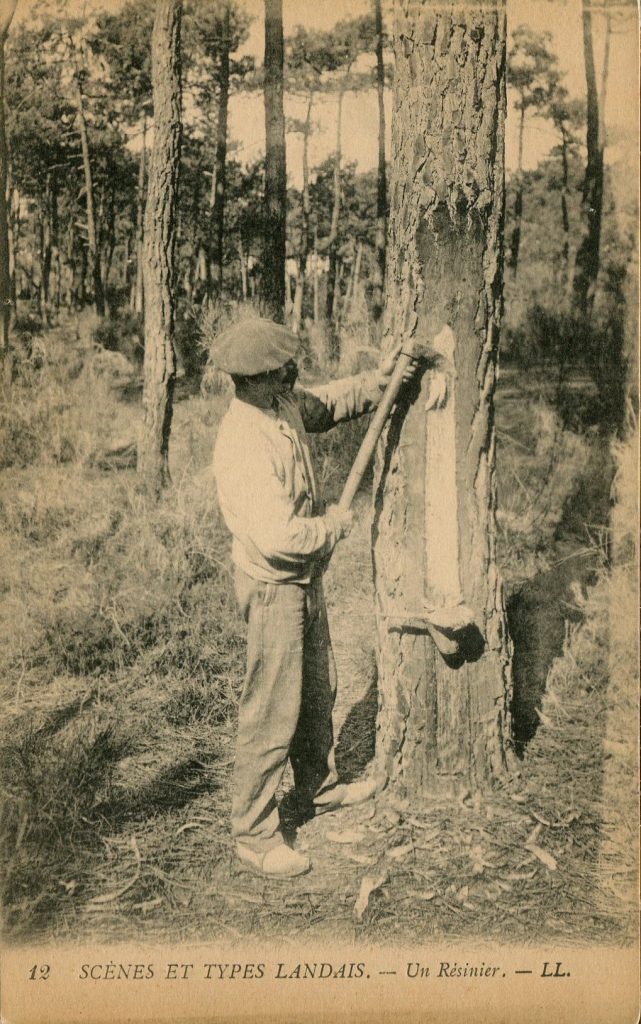 Résinier from Nouvelle-Aquitaine, the most southwestern part of France. 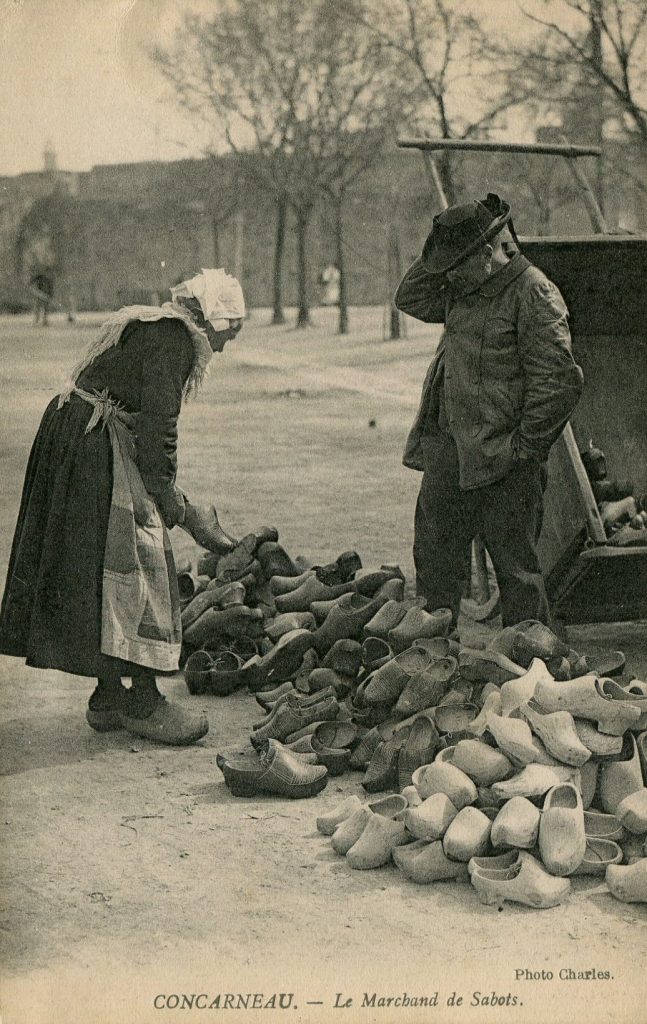 Sabot (wooden shoe) merchant from Concarneau, a village in Brittany in westernmost France. 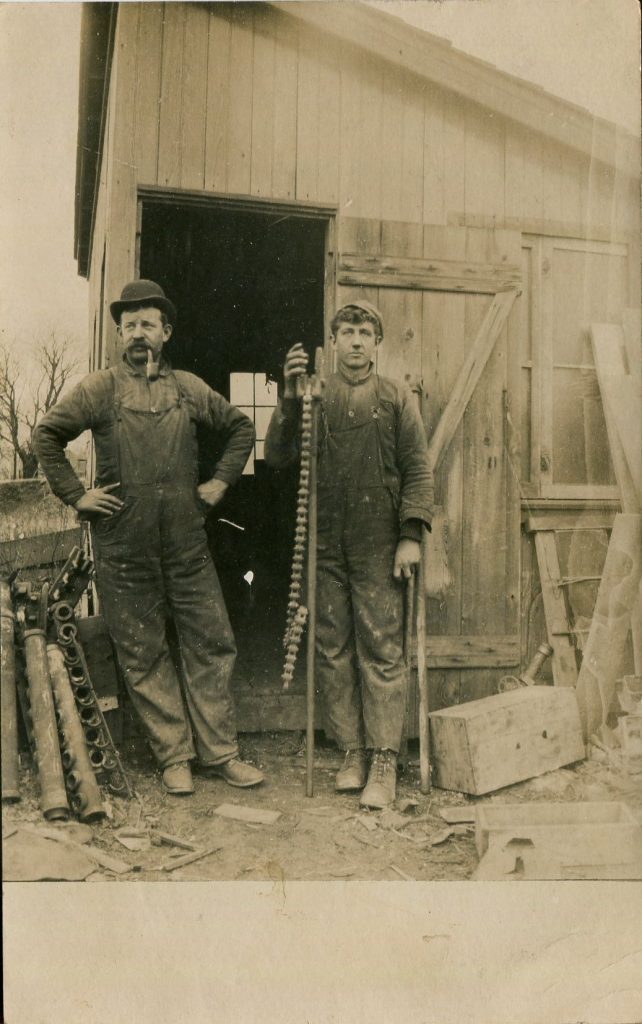 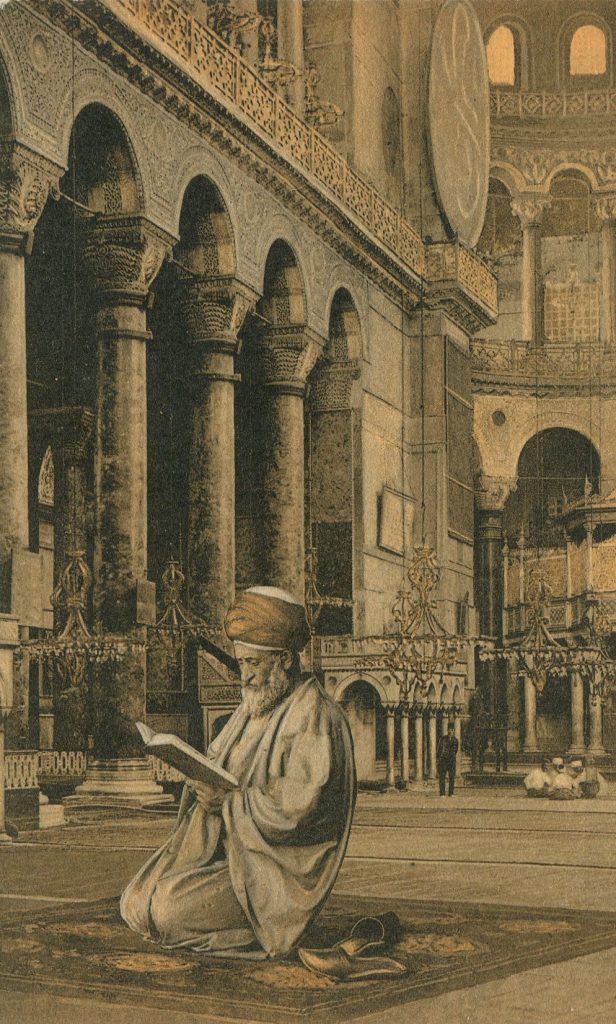 Islamic cleric in a Turkish mosque. 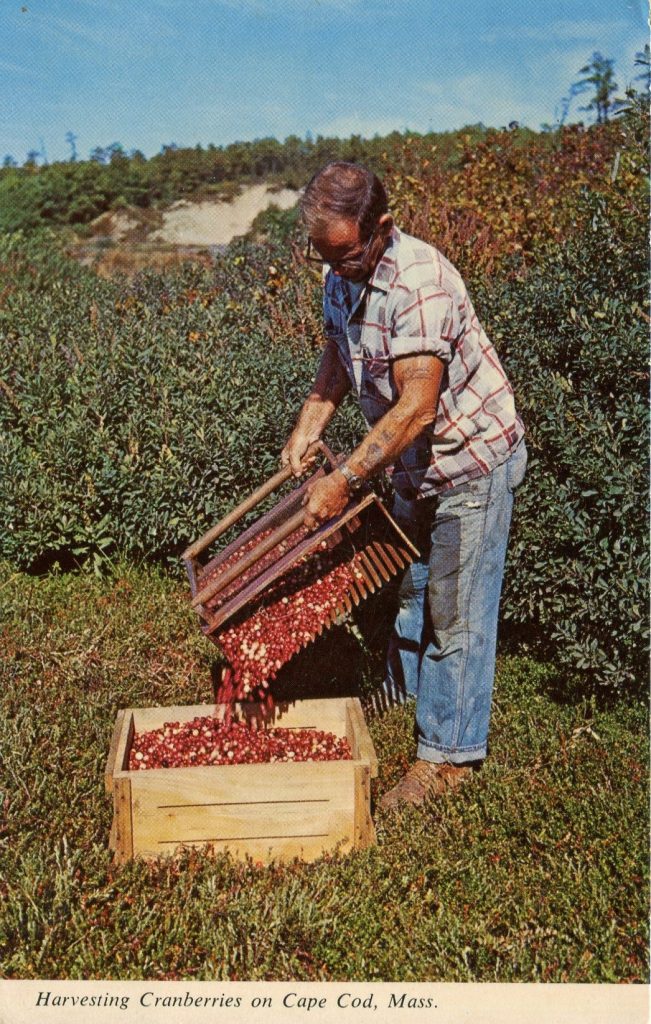 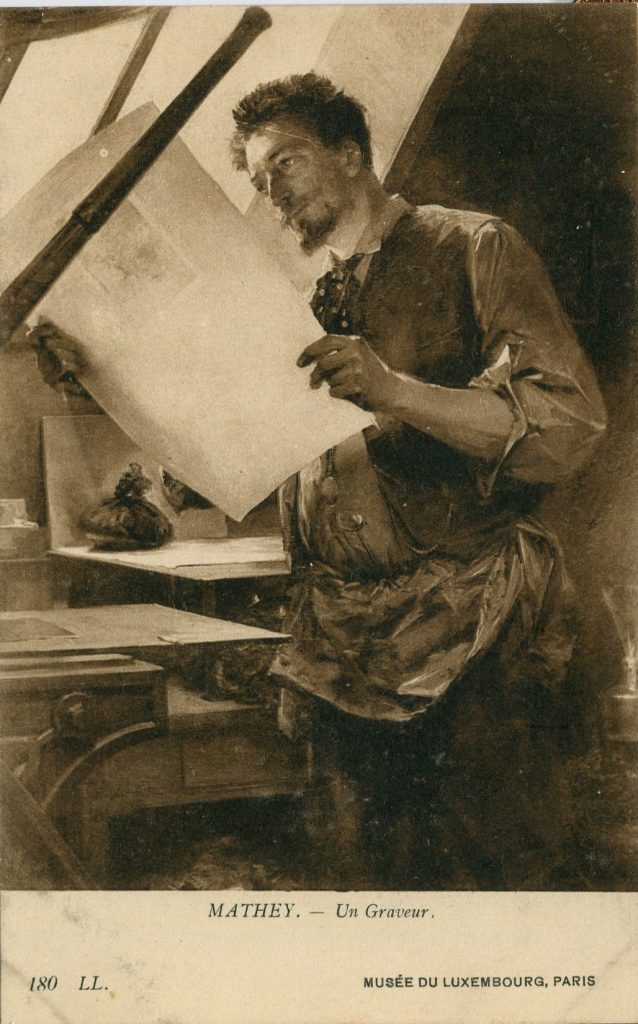 Engraver (printmaker).
Image is from a painting by Paul Mathey
in the Luxemburg Museum, Paris.

The Staff of Postcard History offers this article for your enjoyment. It is a combined effort of many: our publisher, editor, webmaster and collectors/contributors far and wide. Please use the COMMENTS feature below to let us know how we're doing.
PrevPreviousPostcards of a Great Achievement
NextSongs on Postcards – Do I have them all? – How would I know?Next
5 Comments
Oldest
Newest Most Voted
Inline Feedbacks
View all comments
Ashli Ahrens

Such an interesting assortment of cards! I am particularly interested in the chain maker card postmarked in Arkansas. (I live in Arkansas.) Is the city in the cancellation legible? Any message on the back?

I have about 68 “real photo” postcards of railway workers, all but 4 on eBay, with a cost per card on average of $24. 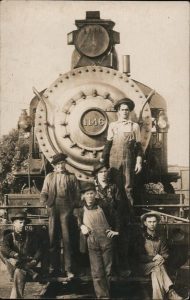 Great cards, of which I have none of this kind. Thanks.

I searched for the article mentioned, and couldn’t find it, although a 1969 piece in the Canadian magazine Maclean’s titled “The Natural Superiority of Men” discussed the theory of sociologist Lionel Tiger that males rule the world because they bond best in groups that women are not allowed to join.