It is a perfect certainty that there is someone out there in postcard country who is most qualified to write this article. The certainty is that it isn’t me. The one thing I’m good at is finding unusual postcards. At a postcard show in upstate New York just over a year ago, I found six Qantas Airlines postcards – three of which you see here.

Naturally, what caught my attention was the unusual color. After half-a-lifetime of collecting, these are the first “gold” postcards I have ever seen, but on closer examination the idea is quite appealing. Stated in brief, the Qantas Airways Corporation celebrated its Fiftieth (its GOLDEN) year in business by publishing a set of gold postcards.

The Qantas Golden Year was 1972. These cards are fifty years old.

Air travel corporations are so mysterious. Each one I can name is a multi-billion-dollar organization, but still the government bails them out from time to time. Perhaps if there were less corporate greed, the taxpayers would not have to pay their bills. I don’t fly any place anymore. My fellow passengers lack common courtesy, their language is dreadful, and they dress in rags. Worse yet is the cavalier attitude of the employees. It seems that if you get to your destination, with your luggage, they could care less. If the opposite happens, the result is the same.

I have only traveled on Qantas Airways once. And guess what, none of what I experience in American airports happens in foreign airports. The only critical thing that anyone could say about Qantas is that they paint their airplanes with some pretty outlandish colors in some equally outlandish designs.

Qantas Airways is what the Aussies call a flag carrier corporation. A flag carrier is a company that represents the national interest in a respectful manner with no regard to stockholder interests. Today there are only two other airline corporations older than Qantas. It was founded in 1922 as the Queensland and Northern Territory Aerial Services, so “Qantas” is an acronym for the company’s original name. 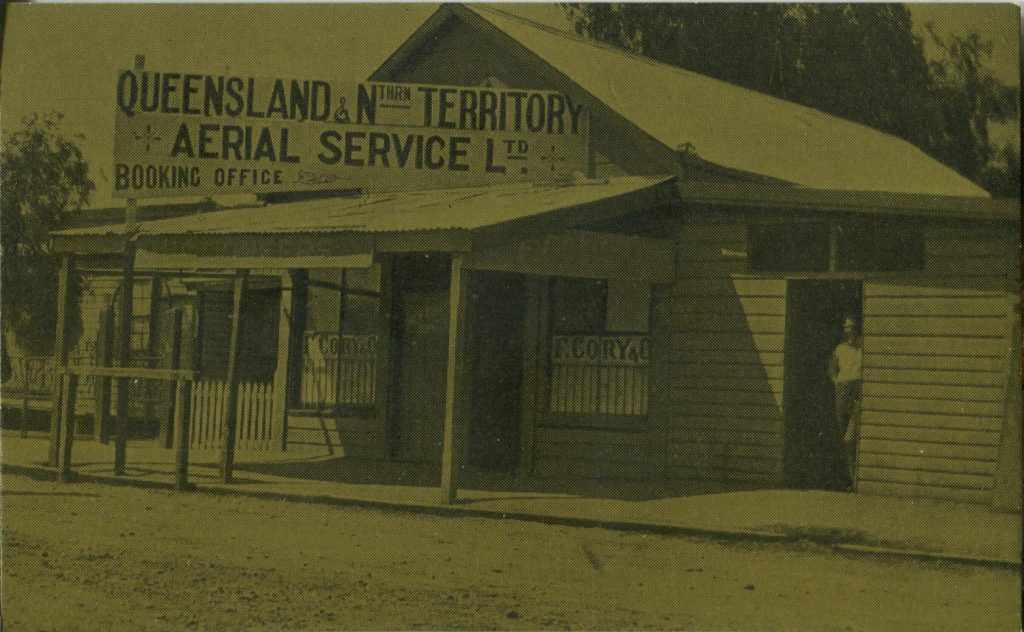 One of Qantas’s First Offices at Duck Street in Longreach, Queensland

In 1928 the company accomplished its first expansion. They established a manufacturing center at Longreach, Queensland and built three DH50Js. The “J”aircraft could fly at 105 miles-per-hour and carry four passengers and some light cargo. 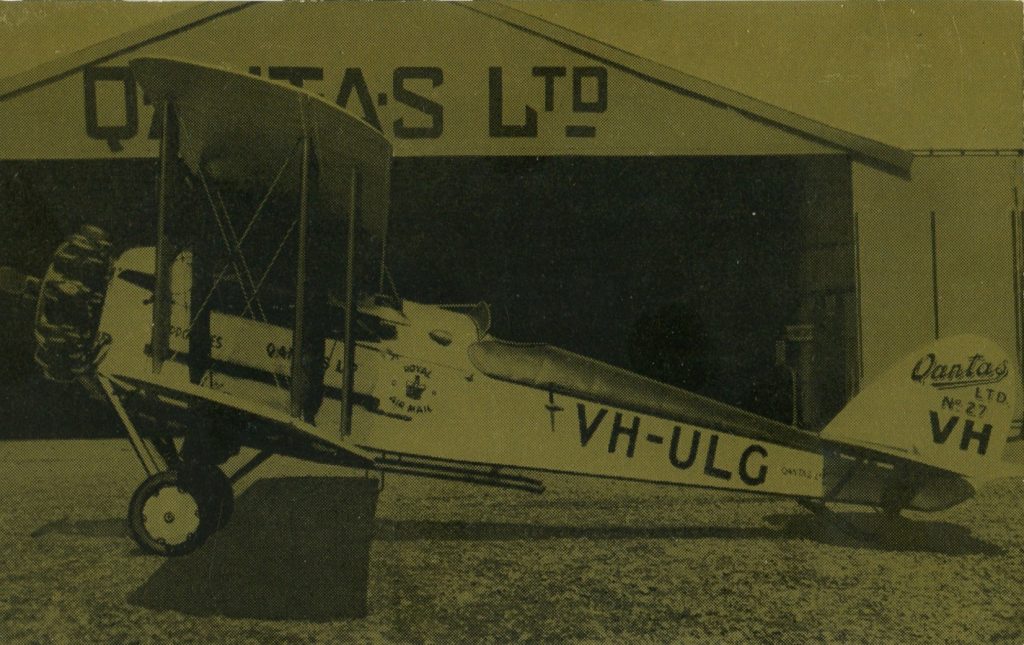 Qantas has been flying international flights since 1935. That same year the M-Center (manufacturing division) built a plane they dubbed the DH86. It could cruise at 140 miles-per-hour and carry twelve passengers. The first overseas flight left from Brisbane and when to Singapore in 18 hours (today the same flight takes less than 8 hours). 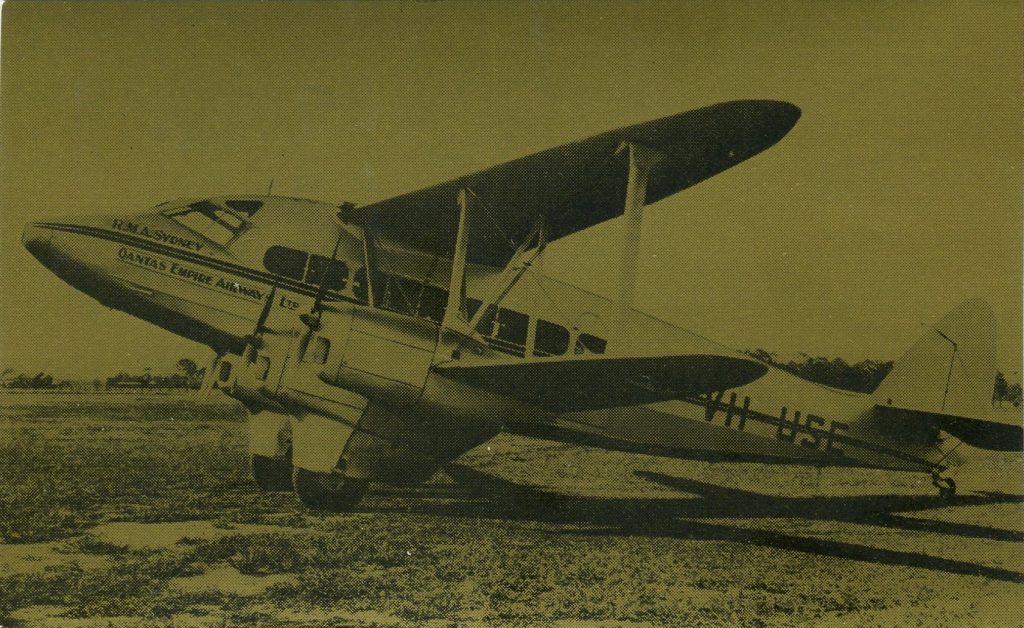 In addition to these issues, there is a second card showing the DH50J without the hangar in the background; a card of an Armstrong Whitworth AK8, one of the original “Air Mail” fleet that could fly at 70 miles-per-hour, carry the mail and three passengers, and the sixth card is a photograph of a “T” model Ford car that was used to survey the original air routes in the very early 1920s. 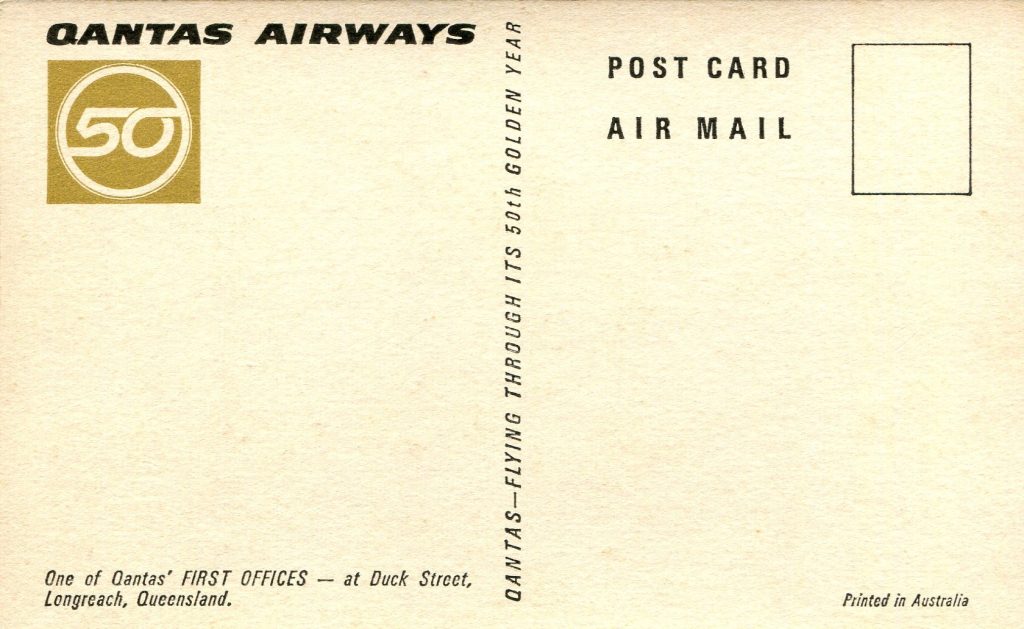 One interesting characteristic of these cards is that it carries both a Post Card and an Air Mail designation.

Apologies to our readers. Since these are
the first “gold” postcards presented by
Postcard History we were unaware that the
scans would be so unremarkable.

Scans might have been unremarkable, but the article was very fine! Another gem on a quiet Sunday morning.

Did not mean to denigrate the cards, I enjoyed them!

Qantas Airways cards, especially gold, are now on our “watch for” list. Those are beautiful cards and a great article.

I remember the commercials featuring the grumpy koala saying “I hate Qantas.”