In all the world there has rarely been a more passionate advocate for children than the Austrian artist and teacher Franz Cizek. There is a familiar quote which comes from a speech he made before the Vienna schoolboard around 1895. He said,

“What adults call ‘wrong’ in Child Art is the most beautiful and most precious. I value highly
those things done by small children. They are the first and purest source of artistic creation.”

When measured by his physical stature, Cizek was a large person, over six-feet tall. He wore glasses, even in public but they did not suggest a weakness. He combed his hair straight-back off his forehead and wore a mustache. He presented a strong portrait, and his booming bass voice was hard to ignore. (The photograph herewith is from the 1930s, but a sense of his demeanor is still present: look at the intensity in his eyes.)

Presentation and presence apparently did not matter to the school authorities – they refused his request to start a new school devoted to art and artistic endeavors. Nevertheless, he was given permission to open a series of classes (what we call today as learn through play) for the very young.

Cizek made his own success. His “school” opened to its first students in 1897. Response from the public was so strong that the idea could no longer be treated as a whim of the rich, and as a result Cizek moved his teaching to the Vienna Arts and Crafts School.

Freedom of thought, creation, and realization of ideas were the mainstays in the curricula. Never was a child criticized or advised to refine an original design. Cizek’s primary belief was that a child’s ability of expression came from his heritage and environment. The hoped for consequence was that child art would become a unique arm of education in the world through exhibits, educational conferences, and lecture programs.

While introducing the first international lecture series of child art, he stated, “I believed that child art is not merely a step to creating adult art, but rather an independent category in itself.”

The ten postcards in this set were published by the Austrian Junior Red Cross on behalf of the children of Vienna who were students of Professor Franz Cizek. There is no known research on the cards themselves, but at least five sets of ten cards each were produced and sold in tri-fold wrappers imprinted as follows: 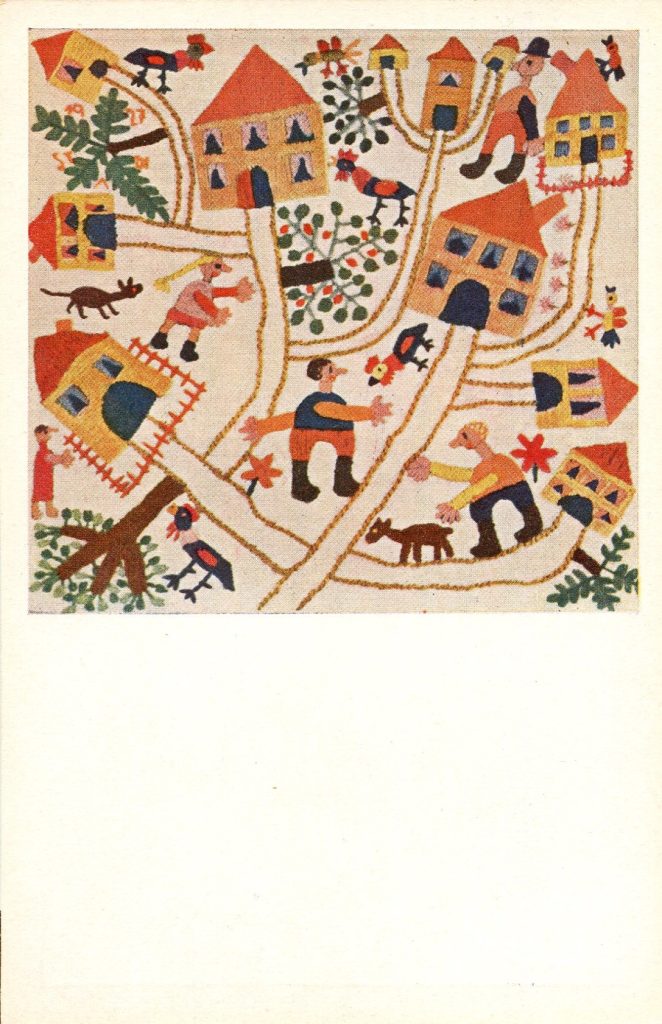 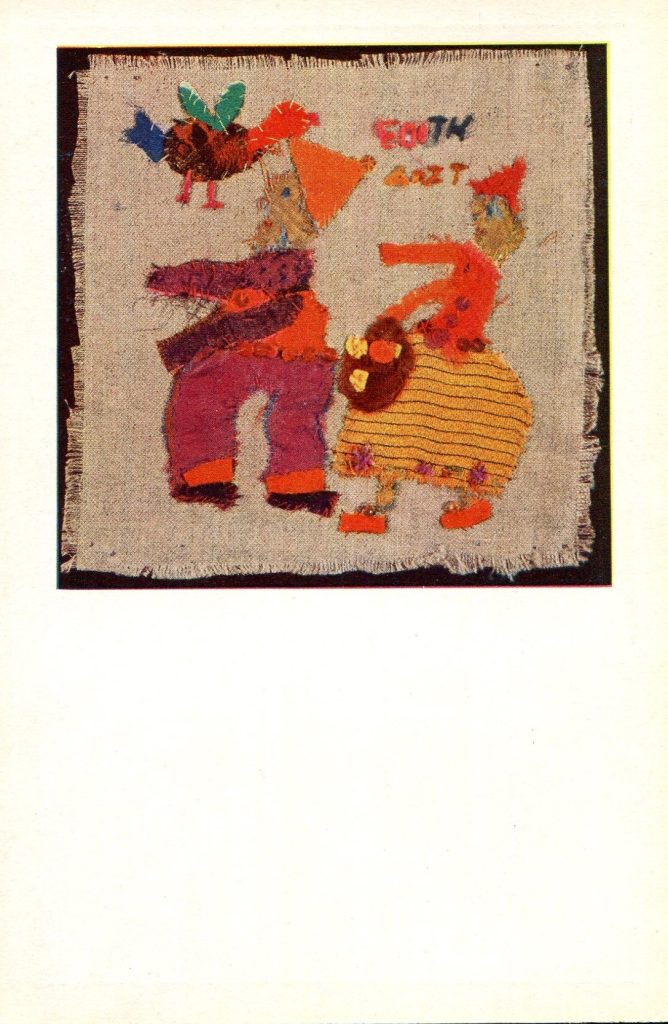 Card 7 is Girl with Goats, a painting done by a girl of 14

Card 8 is Animals, a painting done by a girl of 15 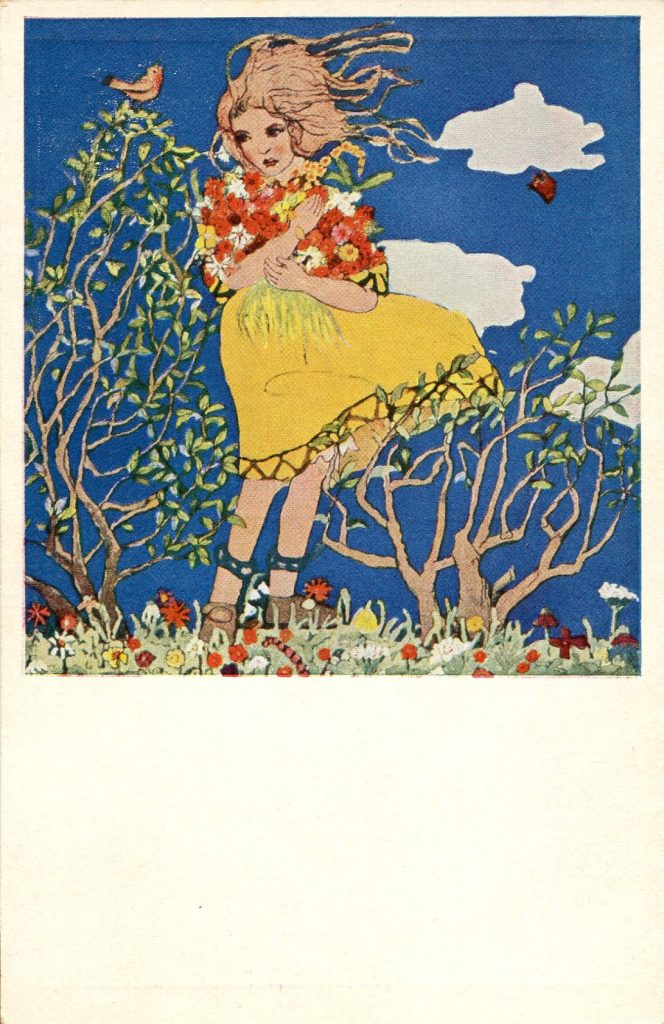 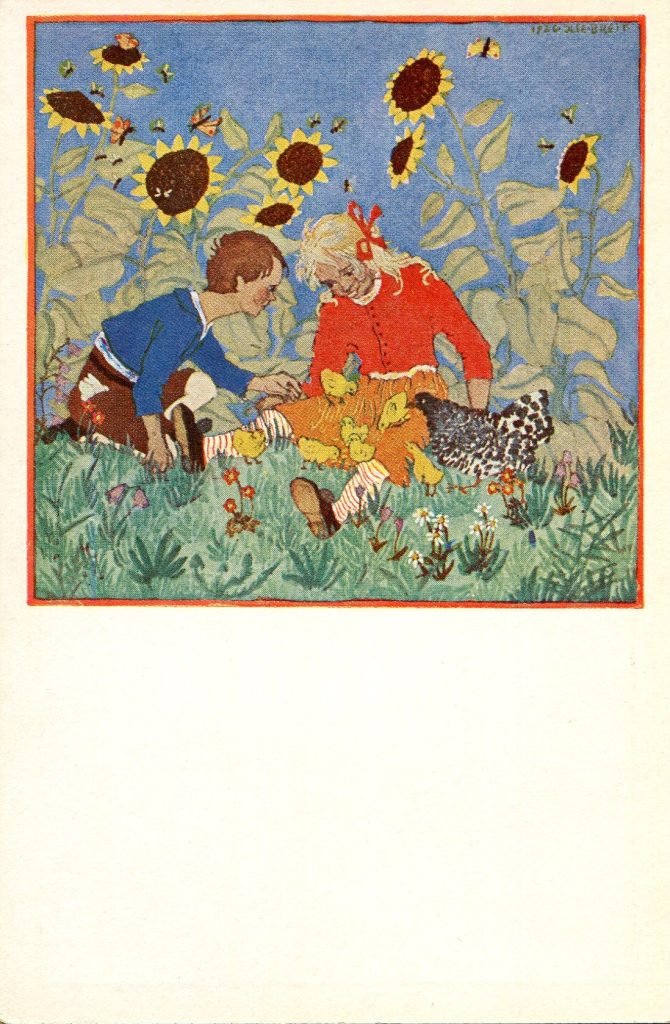 These cards and many like them are available on eBay.

Franz Cizek was born in Litomefice in northern Bohemia on June 12, 1865, near the end of the Austro-Prussian War. The area is now part of the Czech Republic. He left his home at age 19 to study in Vienna. When he turned 20 in 1885 he was accepted for admission to the Academy of Fine Arts. He studied enthusiastically with the German professors: Rumpler, von Trenkwald, and L’Allemand. The second two of these names should be familiar to German art-postcard collectors.

During his years at the Academy, Cizek lived with local families with children that he allowed to visit with him and use his art supplies. His temperament was quite suited to teaching and he openly encouraged them to express themselves. It was the beginning of his life-long devotion to art education. Early on Cizek organized and curated exhibitions of art by children and at age 32 he made his first attempt to establish open and free art education to the citizens of Vienna.

In 1904, after his appointment as director of the Department of Experimentation and Research, Cizek’s former students became teaching assistants in the children’s program, one of whom was Erika Klien – another name postcard collectors will recognize. Other former students moved to the United States and India and established similar programs in their new residences.

By 1920, children’s art programs were flourishing in England, Canada, Belgium, all the Scandinavian countries, and the United States. In November 1921 Francesca Wilson, a Birmingham teacher, exhibited the children’s art in London. That exhibition and others like it raised interest in the Child Art Movement to the extent that it was destined to become a worldwide program fully sanctioned and sponsored in many nations by the International Red Cross.

Franz Cizek never really retired but during the years of the second world war he took it upon himself to offer and fund art programs to protect children from the war and the tragic events it caused.

Ray Hahn is a retired educator, but he has never stopped teaching. His decades of researching, writing and editing a newsletter for the South Jersey Postcard Club has been a world-class education in trivia. In addition to postcard collecting, Ray’s other interests include history, genealogy, and touring the world with his wife Marie. Ray often advises his readers to "Join me as we explore the world one postcard at a time." Ray and Marie live in New Jersey.
PrevPreviousConcrete Postcards – History and More
NextThe Pageant of Cape CodNext
6 Comments
Oldest
Newest Most Voted
Inline Feedbacks
View all comments
Anne Peck-Davis

I loved this story about the Children’s Art Movement. I previously knew nothing of it. Thanks for the article.

Francesca Wilson was my landlady in London, England in the mid 1970’s. She was a great supporter of the arts and an amazing woman.

My wife Cora and I lived in Francesca Wilson’s house from 1966 to 77. She was our friend, artistic supporter and we named our 3 Rd daughter after her. She had in her extensive library many books of children’s art. Eric Brittan

Of the works reproduced in this article, Girl with Goats is my favorite.

Beautiful art. Hadn’t heard of Cizek and this school….very interesting!

I loved this story about the Children’s Art Movement. I previously knew nothing of it. Thanks for the article.

Francesca Wilson was my landlady in London, England in the mid 1970’s. She was a great supporter of the arts and an amazing woman.

My wife Cora and I lived in Francesca Wilson’s house from 1966 to 77. She was our friend, artistic supporter and we named our 3 Rd daughter after her. She had in her extensive library many books of children’s art. Eric Brittan

Of the works reproduced in this article, Girl with Goats is my favorite.

Beautiful art. Hadn’t heard of Cizek and this school….very interesting!