The Cherokee Nation had a rich history centered in the American southeast. Initial contact with Hernando DeSoto’s expedition took place in 1540, however sustained relationships did not form until the seventeenth century when they met traders from Virginia and South Carolina. The native Americans were active traders in animal skins, often trading for items that they wanted to improve their quality of life.  For the Cherokee, things were priced in terms of animal skins, a value known as “buck,” which is now carried over to today when we call a dollar a “buck.”

In 1730, Alexander Cuming took seven Cherokee to England, hoping to reinforce the Cherokee Alliance with the English. The increasing pressure for European expansion and loss of their land instigated the French and Indian War of 1760-61.  The tribe suffered extensive losses from the war.

The Cherokee once occupied over 140,000 square miles in North Carolina, Tennessee, South Carolina, Georgia, and Alabama. In 1835, a small group of a hundred unauthorized leaders signed the Treaty of New Echota (Georgia) giving away all remaining Cherokee territory in the southeast in exchange for land in northeastern Oklahoma. The principal chief, John Ross, collected more than 15,000 signatures on a petition to the U. S. Senate to withhold ratification of this illicit treaty, but the Senate approved the treaty by one vote and gave the tribe two years to vacate the land.

By 1838, few Cherokee were ready to move. Their reluctance prompted President Martin Van Buren to act. Through an executive order Van Buren instructed General Winfield Scott to round up and move the Cherokee to Oklahoma.

The immediate internment of more than 15,000 Cherokee into camps and stockades engendered great debate over the horrible conditions and in the fall of 1838, they began the “Trail of Tears” march to Oklahoma.

The journey was a disaster. In an unrelenting rush, the troops pushed the captives forward and the harsh treatment included refusals to allow the administration of medicines to the sick and even the burial of their dead. Supply shortages, also a serious problem, figured into the deaths of nearly 4,000 of the 15,000 that began the trek.

Three- to four-hundred Cherokee remained in hiding in the North Carolina mountains. Between 1838 and the Civil War, many of the remaining Cherokee gave money to William Holland Thomas, who was their agent, to buy land for them. Thomas acquired many of the tracts that make up the modern Qualla Boundary, the official name for the Cherokee Indian Reservation in North Carolina. These landowners would become the nucleus for what became the Eastern Band of Cherokee.

The economy in western North Carolina in the early twentieth century was mainly the timber industry, but by the mid-1920s, the boom ended. Tourism became an important part of the Cherokee economy. Substantial economic relief came in the mid-1930s when New Deal programs became law and the Great Smoky Mountain National Park opened.  The Cherokee land brought large numbers of visitors to the area.

Today, approximately 13,000 tribal members are affiliated with the Eastern Band of Cherokee. Today’s Cherokee are working as business owners, teachers, medical professionals, and homemakers, as well as Cherokee historians, storytellers, and craftsmen. The Cherokee people are bound by their desire to remain faithful to Cherokee traditions.

The Cherokee Village offers an outdoor drama portraying the history of the Trail of Tears. 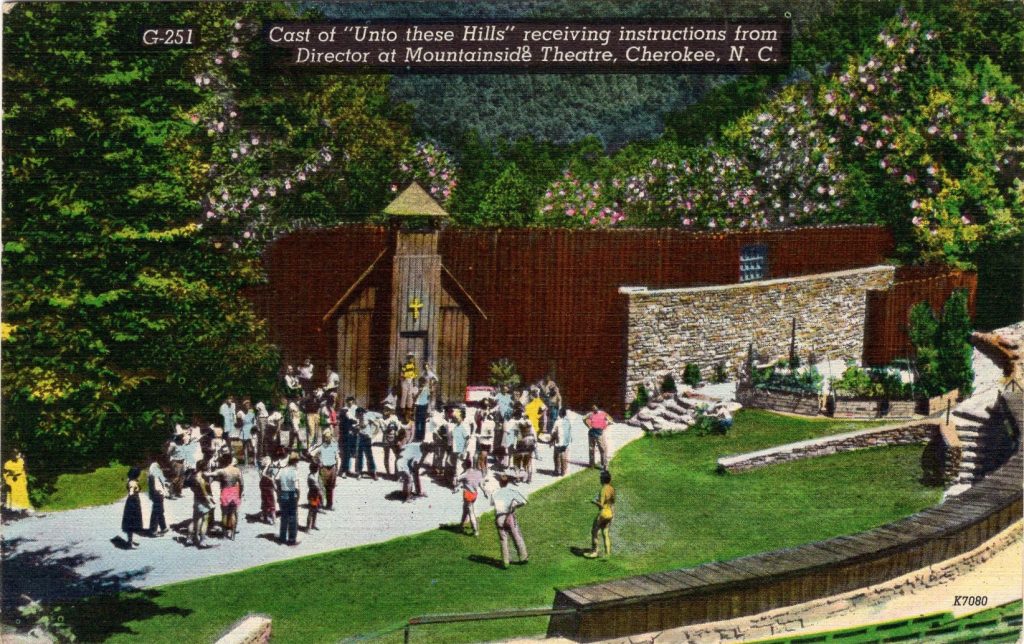 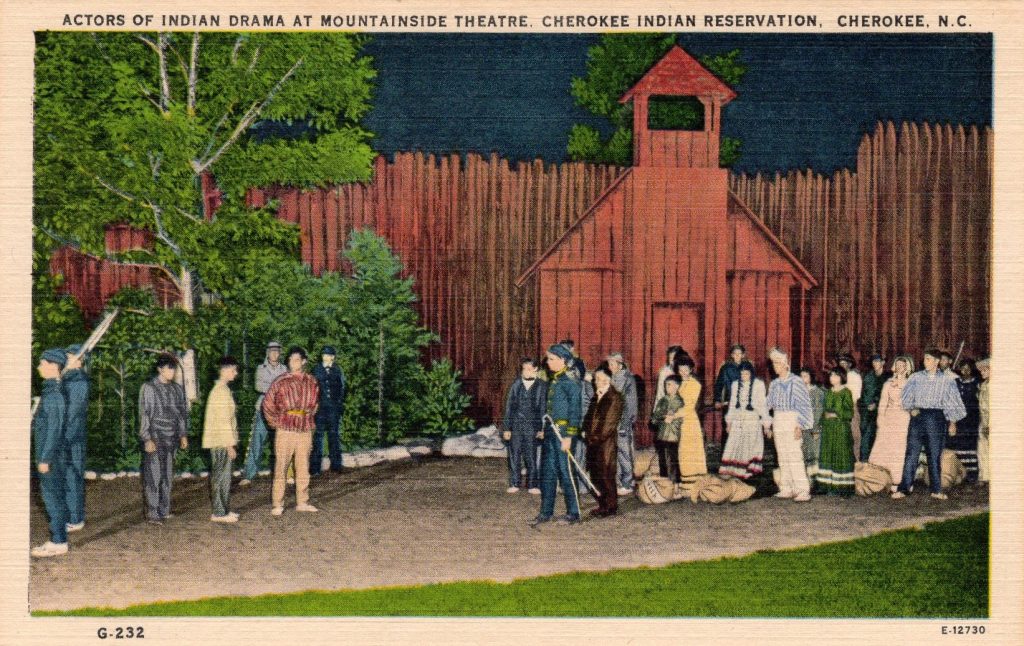 The Oconalftee Indian Village offers an opportunity to see the arts and crafts of the Cherokee and how they lived in early times. 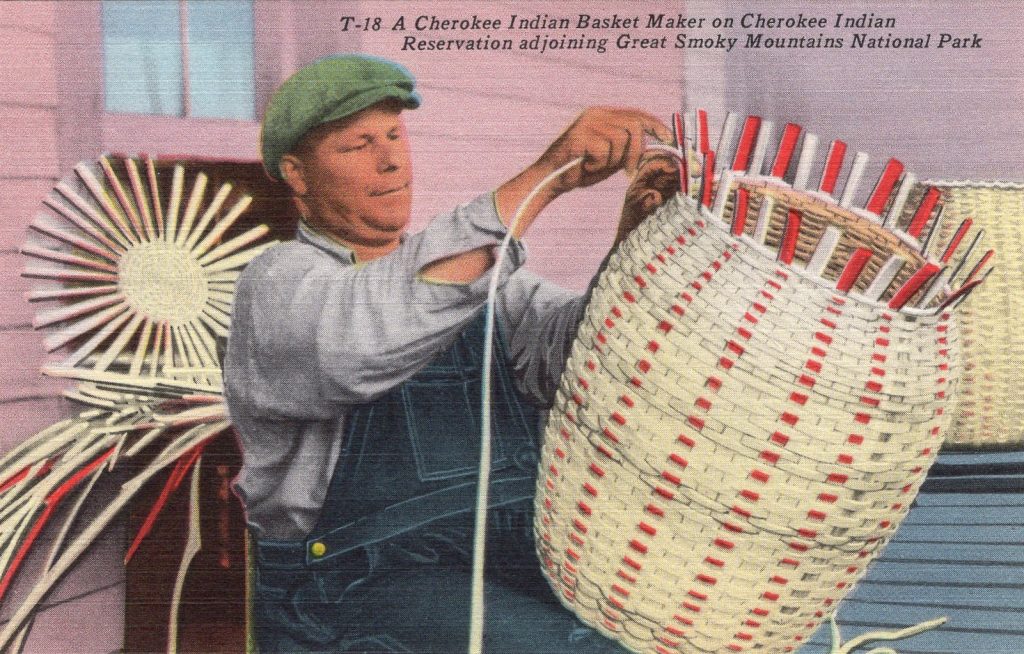 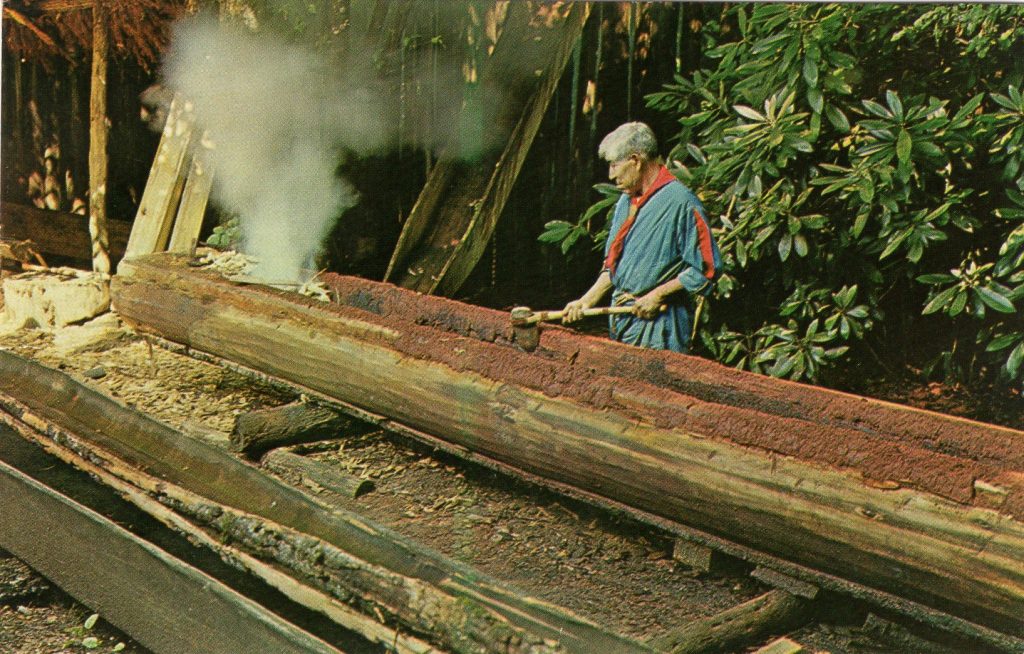 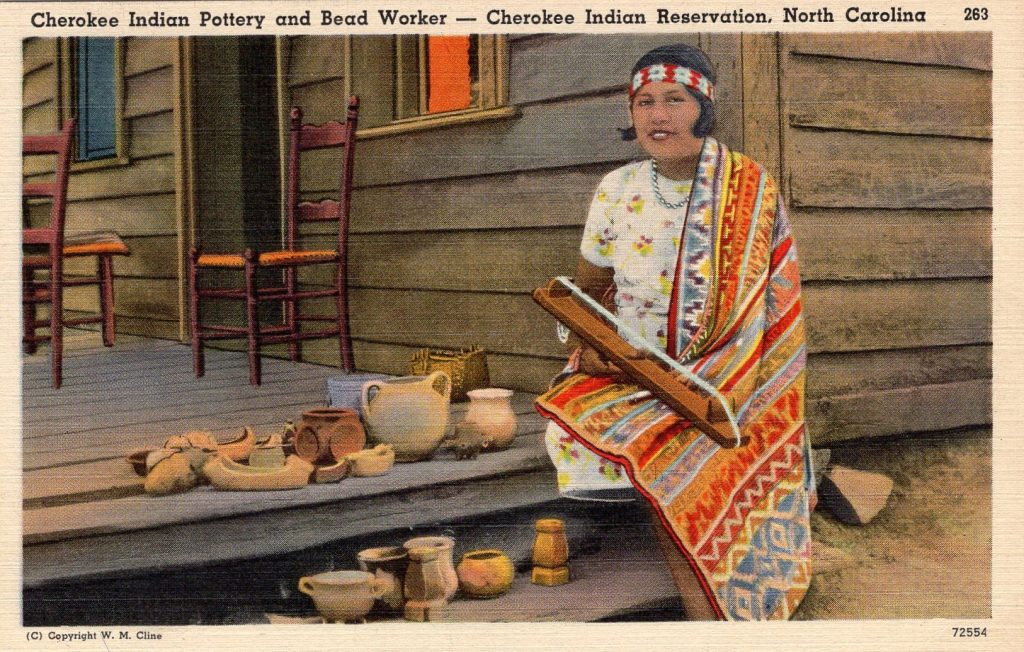 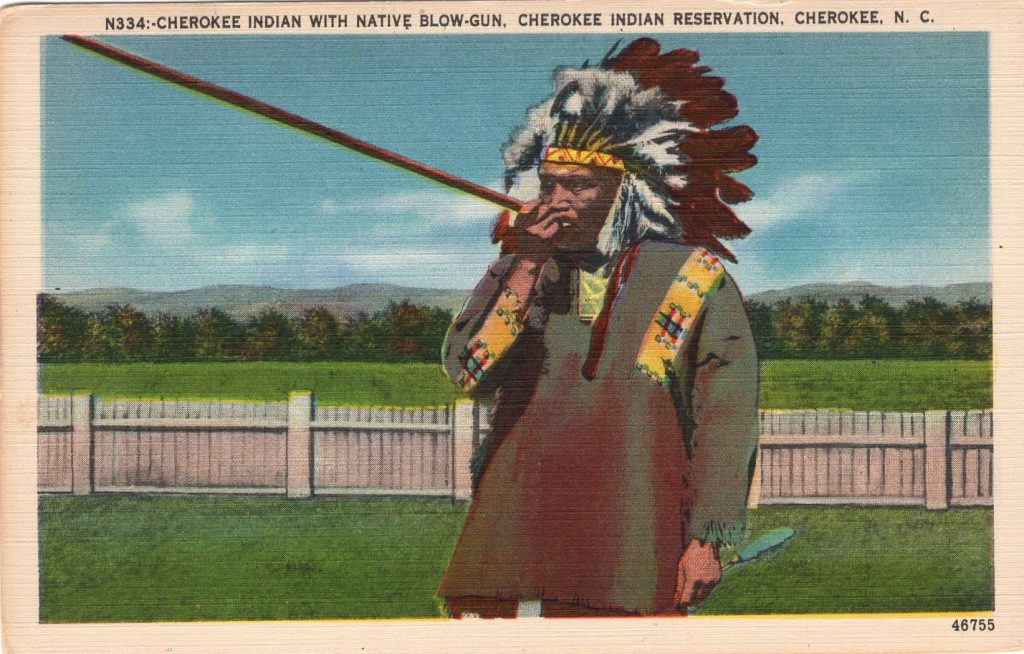 In 1988, the establishment of the Indian Gaming Act allowed the Cherokee to open Harrah’s Casino. The growth in business interests surrounding the casino has allowed more wealth for the Eastern Band of Cherokee.

Tony Crumbley has been a collector of stamps and postal history since childhood. He has authored numerous articles over his career as a philatelist. He is the current Co-Editor of the North Carolina Postal History Journal, a job he has had for over 25 years. He is a General in the Civil War Philatelic Society where he served as president. He lives with his wife, Renea, in Charlotte, North Carolina, and is the retired Vice President of Research for the Charlotte Chamber of Commerce.
PrevPreviousA Fresh Look at the Legends of Snow White and Rip Van Winkle
NextThis is the Way We Sweep the FloorNext
5 Comments
Oldest
Newest Most Voted
Inline Feedbacks
View all comments
Terry Boyce

Here is an excellent example of an engaging review of the history reflected in the images on featured cards. Mr. Crumbley’s well-told story of the Eastern Band of Cherokee is especially interesting and thought-provoking.

Hi Tony. My compliments on your very interesting, thought provoking article and perspective on the TRAIL of TEARS disaster… The forced exile of Cherokee and other Southern Native peoples from their homelands is one of the many very sad periods of Indigenous abuse at the hands of the Federal Government. “THE LONG WALK” of the Navajos and Mescalero Apache people (1864) from their homelands and the forced BOARDING SCHOOL ASSIMILATION of Native children (1879) by the Federal Government are two others that come to mind.

anyone who lives near an present day Indian Reservation, and is interested in history can most likely tell something about the tragic story of the various Indian peoples in America.

I live in Indiana, which was the starting point of the Potawotami Trail of Death on which members of the tribe were forcibly relocated in 1838 to what is now eastern Kansas.

A really interesting and informative article. I have become a collector of native American themed postcards in recent years and always enjoy learning about the past.