What Are You Drinking

What are you drinking is a question that at sometimes in your life is the most important question of the day. That was not so for me. Let me explain.

In my profession, the Friday afterwork cocktail party was routine. Since I spent most of my career working in large cities, it was not only expected, but frequently crowded and expensive. I don’t regret any party I ever attended because a conversation over cocktails on Friday usually resulted in a hefty-dollar sale on Monday morning. Especially memorable was a party in New York City’s Washington Square Hotel in the spring of 1971.

It’s a short story so, please allow me a few lines to brag about my first six-figure contract. The weather had been the kind that the Chamber of Commerce mentions in their “bring your business to New York” brochures. Because it was sunny with a light breeze and without a cloud in the sky, I decided to stay in the city for the weekend and visit a museum and find a good Italian restaurant. But first, I decided to move downtown to Washington Square to be near my first Monday morning appointment. I checked in on Friday afternoon and found myself in the middle of a throng from a neighborhood insurance office celebrating a vice-president’s birthday.

I ordered my usual, Scotch & Soda, and sat down in a black leather chair in the lounge. I had only been there ten-or-so minutes when a gentleman approached and ask if I was, Alan Upton. “Indeed, I am,” I replied, “What can I do for you?”

He said, “I recognized you from your photo in your agency’s latest products list. I’m John Wrinkelton. We have an appointment on Monday morning at nine.”

I recognized his voice from our telephone conversation, and remembered our Monday appointment, but never expected to meet him two days earlier in a hotel bar. We talked to around six, we were joined by his wife and two sales assistants for dinner and became life-long friends. The fact that he gave me a contract for $1.2 million the following Monday helped considerably. It all started with a cocktail in a New York hotel bar.

Mr. Nichols and I never met, so I hesitate to offer the following, but I am reasonably sure it is accurate. Walter Nichols was born in 1937 and earned two degrees from the University of Iowa. He majored in art and sculpture. He was no stranger to the awards stage and was the recipient of many national awards given for high achievements in art and advertising. As Professor Nichols he shared his knowledge and skills with his students at a Maryland university until his retirement. He passed away on December 24, 2019, at age 82.

All cards are signed
-WN- 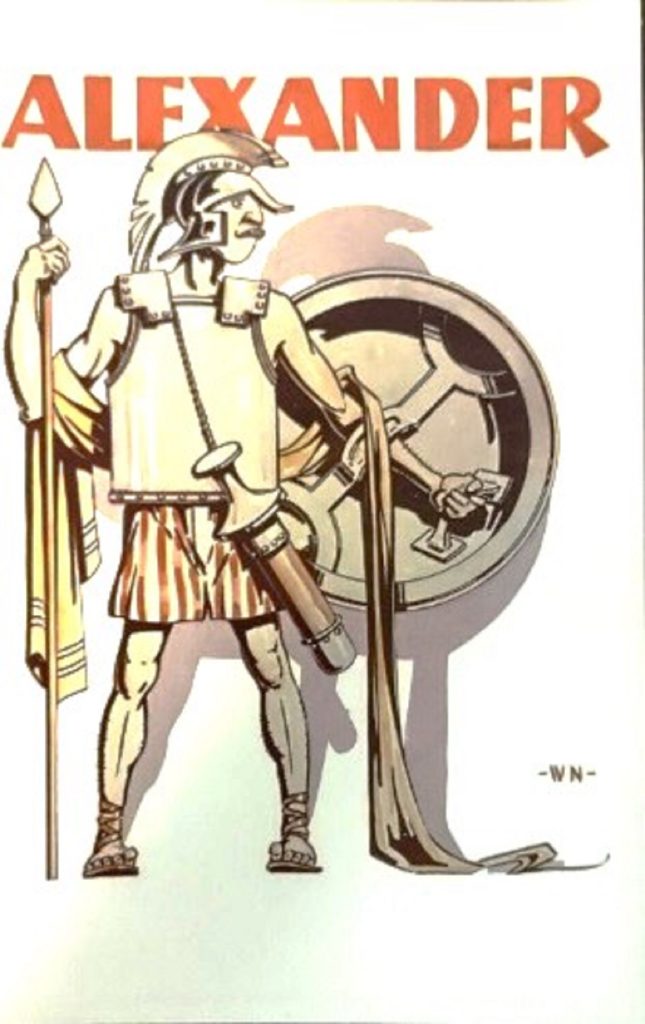 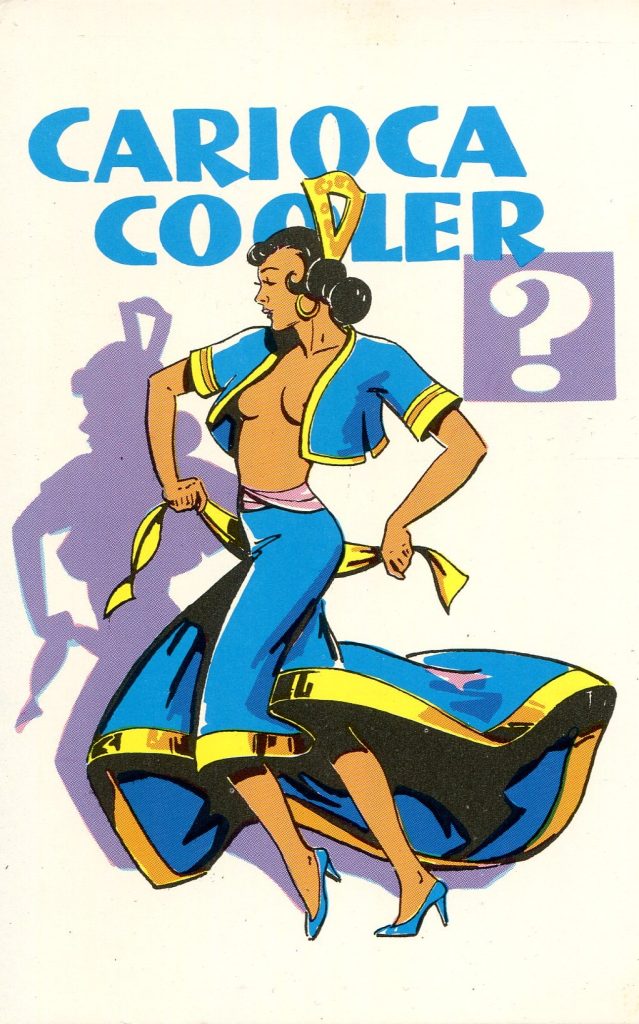 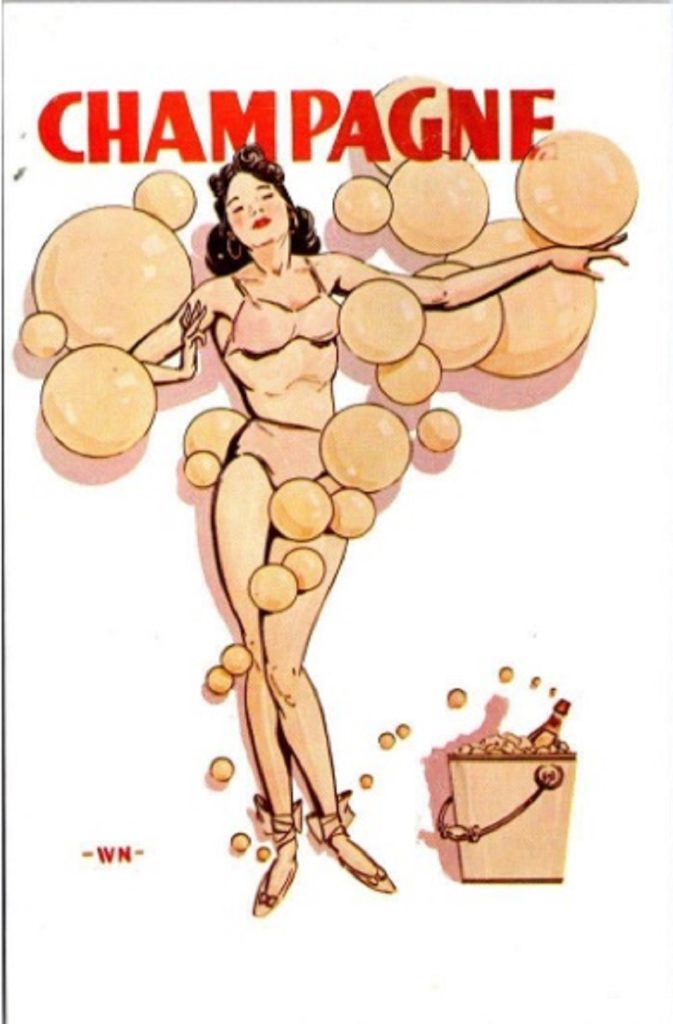 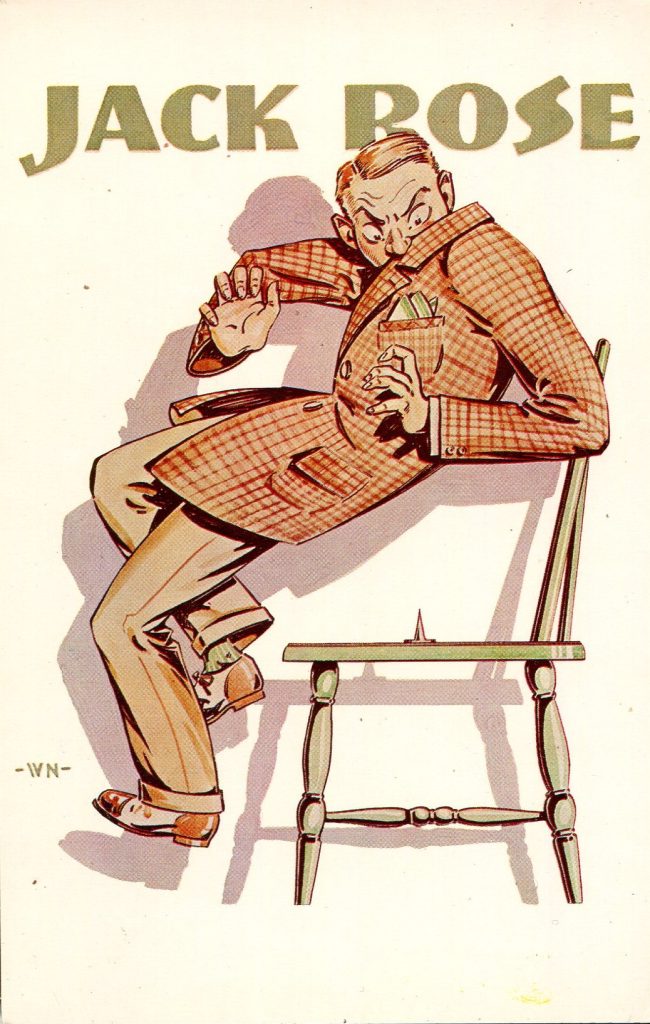 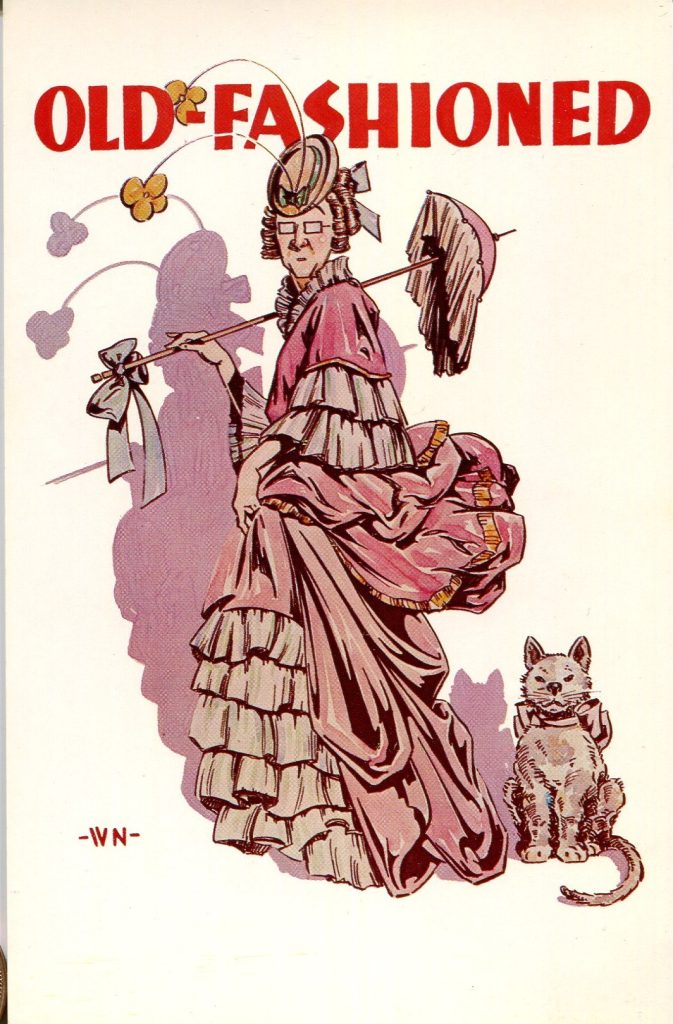 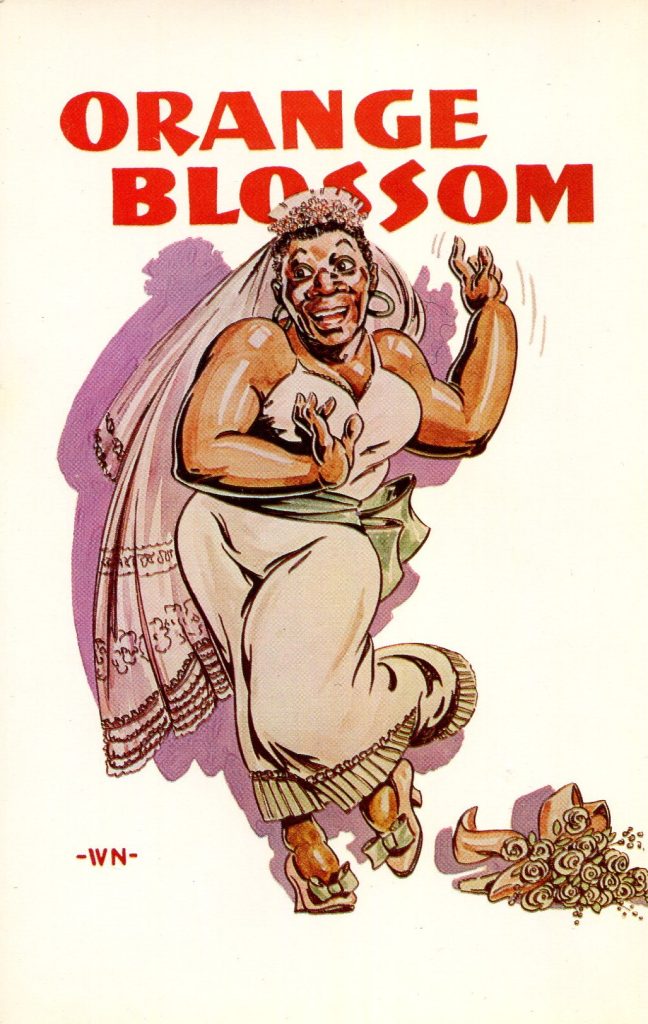 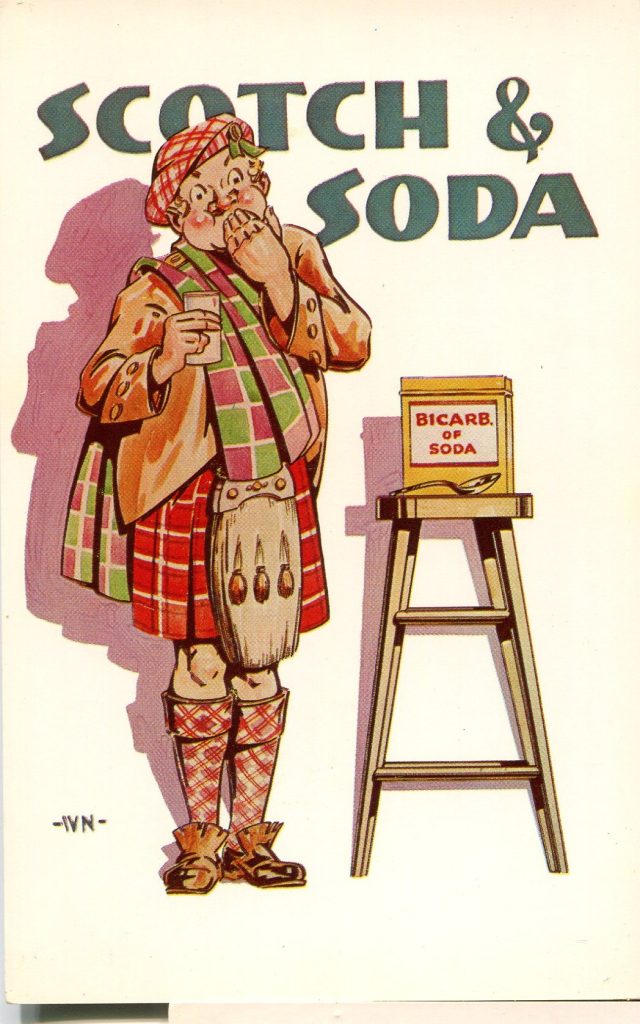 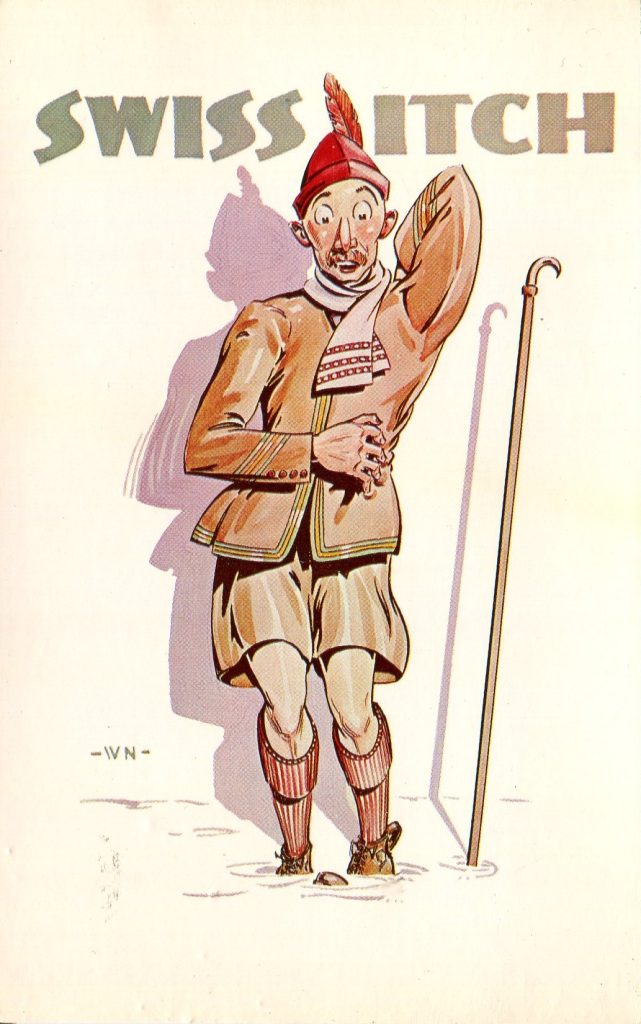 The first card I found from this set was the Scotch & Soda card. That was just over a year ago at an antique postcard and paper show in New Braunfels, Texas. It brought back this wonderful memory and I have been searching since then and have found eight more. Also I did manage to learn the titles of the other cards from a closed eBay sale. That made it possible to present the checklist above.

I have tried the “Cocktail Recipe” that appears on the back of each card. Some of them have been quite tasty; others not so much! I can’t wait to find the Horse’s Neck card. I’ve never heard of a cocktail with that name and would like to know what it is.

It’s a good guess that if the Scotch & Soda card wasn’t the first I found, I would have never attempted to write this article.

Love the intersection between postcards and cocktails. Nice connection to your personal experience and the Dexter Press cards.

I like this article because it hits close to home. My Dad worked in NYC and would partake in the cocktail hours. When I started working, I experienced the same thing. Especially at trade shows. Thanks for sharing.

These cards bring to mind a word seldom heard nowadays. Whimsical!! I find these cards whimsical and they make me smile! Nice article.

Really love the cards and the story about meeting the man at a cocktail party in a NY hotel bar, and the RESULTS. Golly gee.
This set of postcards is spectacular. There is just so much good information here at Postcardhistory.net. Thanks very much.

A horse’s neck is either brandy or bourbon ale mixed with ginger ale and garnished with a long slice of lemon peel. Horse’s Neck is also the title of a book of short stories written by The Who’s Pete Townshend.

Had no idea there would be postcards about drinks! Always surprised.